Disco never died. It simply flew over to the Moon. And the King of our precious natural satellite decided to bring disco back to us, earthly darlings. But nothing stays the same forever. That’s why Moon King’s otherworldly tunes come with a twist of soft-pop, psychedelic ruptures and 90s techno nostalgia. The latest release Hamtramck’16 via Arbutus is a galactic voyage of genre-exploration, carrying us from the Planet of Boogie to a valley of sensual slow-dance, and finally throwing us on the Moon – where funky flashbacks prepare us for nothing in the line of ordinariness. Groningen’s Real Farmer will warm up the wooden flooring and Marathon Man will be on the decks before, after and in between the concerts.

? The summer has arrived with that – The Summer Issue! We’re thrilled to showcase the freshly printed pages of the new magazine, making the night that much more special as we celebrate the release of Issue 12 ?

Nomadic artist on missing everyone and everything all the time 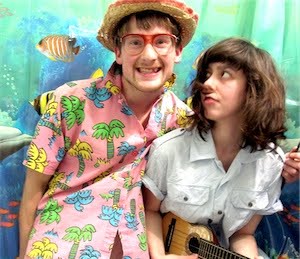 Blue Hawaii – Try To Be

Blue Hawaii is Montreal duo Raph Standell-Preston, of Braid, and Agor, aka Alex Cowan. "Try To Be" is the second