By Zofia Ciechowska
Photography by Kasia Zacharko in Berlin, Germany

‘I’m a fallen entertainer’, says Better Person with a wry twinkle in his eye. He’s topless on video chat, puffing on cigarettes, backlit by afternoon light in his hot Montreal apartment. Better Person is Adam Byczkowski, a Polish artist based out of Berlin who we caught in a period of nomadism as he finishes his record in Canada and prepares for tour with no final destination. Musically, his compositions express a happy sadness about unfilled voids and revive a European pop aesthetic that will tug at the heartstrings of those raised on its many sub-genres. With just a suit on his back and all his tracks ready to play from his pocket, Adam has nothing to hide in real life or on stage, always striving for emotional straightforwardness and bold softness. We discuss forbidden aesthetics, intense pangs of nostalgia, finding best friends and rocking white suits in Miami; the twinkle never disappears from his eye.

Where’s your head at?

I’m working on a record in Montreal this summer at the Arbutus studio. I got kicked out of our apartment in Berlin, so I’m homeless. There’s a lot of touring coming up in the fall, I just have to finish this record, so I thought – whatever – there’s not so much for me in Berlin these days, so I’m just going to be on the road like this. I’m going to be nomadic.

Do you feel like you’re running away or running towards something?

Essentially and ultimately always running away, no matter what. But just in the last few weeks, whether I want it or not, I’m definitely running towards something.

Is being nomadic in your nature?

I thought it wasn’t, but the more I live this kind of life, the better I get at it. I got rid of all my stuff before leaving Berlin. When I started moving around I realized that all my stuff is just a pain in the ass, so I kept on minimizing. I gave my books and records to friends and donated my clothes to refugees. Now I only have a small backpack, a computer, my small keyboard, underwear, and a toothbrush. I have one suit and a t-shirt. I usually wear a suit until I wreck it and then I get a new one at a second-hand store.

Essentially and ultimately always running away, no matter what.

Musically, are you seeing any changes since this new nomadic period?

Yes. I guess most of my music from before as Better Person was based on lacking something, a kind of sadness. But I’m pretty happy right now so the music is changing. I also think that sadness is kind of the cheapest inspiration. When most of my favorite artists were at their peak as songwriters, they were successful and happy.

But sad songs are so beautiful!

I know! I love sad songs! My music is going to be sad anyway, but I guess I was recently thinking about the Bee Gees and Barry Gibb when I said that. He was just living with his family in Miami wearing white suits and hanging out on boats and writing super great songs.

You’re happier now, but in your It’s Only You EP and Zakochany Czlowiek single you are melancholy. What compels you to express these feelings in your songs?

The aesthetic choices I make are based on what I want to listen to, what I want to do, and what I find inspiring. Lyrics-wise, I just write about what’s happening in my life. I wasn’t always sad. I’m an extremely nostalgic person. That’s the kind of the mood that comes out whenever I make music. Never happy-go-lucky. It’s Only You was a breakup EP. At the time, I struggled with everything – my finances, my health and my heart. Zakochany Czlowiek, my song in Polish, took twenty minutes to write. And when it came out, it felt different. I’m leaning towards this European aesthetic right now. I would like to make music that sounds like it’s not inspired by North American culture. I want to be bold as a musician. I’m naturally pretty soft and smooth and no matter what I do, this is how I come across. My show is very simple – me, my backing tracks on an iPhone, a mic. It’s a crooner evening. I’m a fallen entertainer. So I try to take risks and be bold. I thought singing in Polish would be a bit of a bad-ass move. People come up after shows saying that they loved it. They also ask if I was singing in Portuguese.

For many, your references to European pop have a hint of nostalgia.

I just want the music to be as emotionally straightforward as it can be. I often get trapped in maybe too much reference, like in Zakochany Czlowiek. It’s something that’s pleasurable and sounds good, but I would like to escape that in the future as much as possible. I don’t want to be retro. Nor do I want to be contemporary just for the sake of it. I think that in terms of contemporary music and art, what’s most exciting for me is things that are referential, but they refer to a forbidden aesthetic that raises an eyebrow. I want to find the sweet spot between that kind of referential boldness and timelessness.

I get insane attacks of nostalgia over even the smallest things in the world.

Tell me about being bold in your simplicity.

I’ve never been interested in any kind of gear or even being an excellent instrumentalist. What I really care about is songwriting and creativity itself. I don’t even use that much stuff to make my music – a laptop and my small keyboard. I don’t even know what I would bring on stage ‘cause this is how I make it. There’s not much need for distraction, because it’s really just me. In reviews, people said it was hard to tell if my show was ironic or very serious. Those are the best reviews that I can get; the ambiguity brings me pleasure.

What about singing? What’s your practice?

I don’t practice at all. With one EP, I’ve played like 50 or 60 live shows this year, so I get to sing a lot on the road. I’ve been lucky. Sometimes I’m in bad shape, sometimes I’m in very good shape. I tend to lose my voice all the time. Still, I just really love singing. I think that with good singing, it’s not really in the throat or your technique, it’s in your head. It’s about taking risks and being yourself. For years, I would shyly sing in a quiet falsetto. Then, I started singing a lot more and louder when I was alone. Whenever I felt touched by something, I would sing louder. I am not sure if it’s working for me, since I tend to be soft and admire singers who are also soft. Some of them are Sally Oldfield, Karen Carpenter, Barry Gibb, George Michael, Marvin Gaye, Sean Nicholas Savage, Sade, and Zdzislawa Sosnicka.

I feel like I constantly miss everyone and everything all the time.

Sean Nicholas Savage is a person who you collaborate with often. You have a fabulous cover of Julio Iglesias’ Moonlight Lady together. How did your worlds collide?

Sean is one of my favorite singers, he’s my a teacher, he’s my best friend. I owe him so much. We met at a house party. At the time, I’d moved from Warsaw to Berlin and there was a lot of shifting happening in my mind when it comes to music. I was figuring out what I really liked and wanted. I was very excited about Sean’s music because it was pretty much what I had in mind. It turned out that he had rented a room at this apartment that I had just moved out of. I went there for a party and we met. We clicked within five minutes and then we started seeing each other everyday, singing together and making music. He had a big influence on Better Person. I would sing my early songs for him and he would listen and give me advice. He was the greatest teacher when it comes to that. He showed me a lot of the world and introduced me to a lot of friends. I wouldn’t have this Montreal connection if not for Sean. Right after finishing my EP I had a pretty bad breakup. When he heard about it, he flew straight to Berlin from New York to hang out with me and he said, you know what, let’s just go to Montreal. He bought us tickets and we came here for a few months. That was a great thing for a friend to do.

Do you miss anything or anyone even though you’re happier right now?

That is my big problem. I feel like I constantly miss everyone and everything all the time. It’s just this nostalgic crazy thing that I have. Recently in Montreal I’ve been very happy, but generally when I’m in one place or with one person I miss another. I get insane attacks of nostalgia over even the smallest things in the world, which also has a big impact on my writing. Sometimes I’ll be at a party and I feel this attack coming as I’m talking to someone. I just jump on my bike and and speed home to write in this moment of feeling very fragile and moved.

I’m a big crybaby. The last time I cried was when I was moving out of the apartment in Berlin, I was so bummed. I also cried on the balcony two days ago because I was so happy. Apparently crying out of happiness is because you know it’s not going to last forever.

I laugh a lot. I really value a good sense of humor, it’s just as exceptional as a good musician or writer. My sense of humor is pretty Polish, which is also a bit of a forbidden fruit. It doesn’t work well in translation in Canada where everyone is super PC, which is also really good, ‘cause it’s about time. My Polish humor makes me laugh at dumb bold statements. Generally, anything that feels a little bit too much I’m very interested in. Like wearing big white suits in Miami. I would definitely do that if I lived in Miami and I would rock mine as hard as I possibly could. 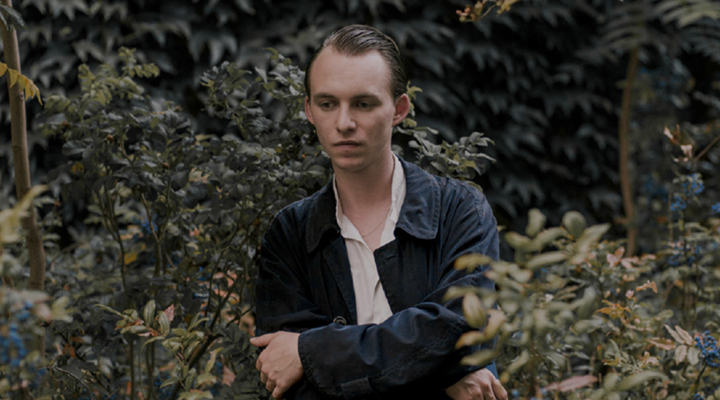 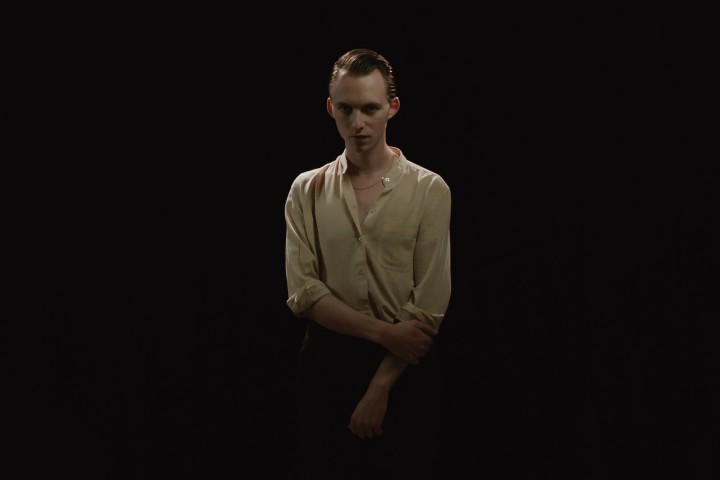 On repeat all day