As one of the freshest acts to join the Scandinavian electro-pop scene, Sassy 009 is the name currently on everyone’s lips. Johanna, Sunniva and Teodora have only been playing together for a year, but between releasing their breakout EP and rubbing shoulders with fellow pop-savants Smerz, the Norwegian newcomers have taken the underground by storm.

The buzz is well-deserved. Moody dance tracks tell tales of intimate encounters while throbbing beats drive velveteen harmonies and fierce atmospherics. Dig a little deeper and there’s reverberations of Chilean folk, Hungarian choirs, and French impressionism. The mélange is wonderfully intoxicating, and that’s to say nothing of their energetic friendship, itself a force to be reckoned with.

A half hour spent with the uproarious trio reveals many truths. In Sassy 009’s world, laughter is the best medicine. Finishing each other’s sentences is par for the course. And above all, saxophone’s got nothing on flute. We dare you to keep up.

Let’s start with a few introductory words about you guys. Who is Sassy 009?

Sunniva: Firstly we’re friends of friends, who became a band, and then became best friends. I have known Teodora since middle school. And you [to T + J] met each other in high school. We have pretty different musical backgrounds. I’ve been producing on my own just for fun…

Johanna: I played classical in high school, and you [to T] were singing.

Teodora: Folk songs, and some jazz, and some classical.

Flute is one of the few tools that we have in the band, so we have to use it.

Who’s the sassiest in the band?

J: All three of us become quite sassy when we’re together.

S: But I think the sassiest is one of you].

J: Yeah, [to T] maybe your Serbian genes or my Latina blood [laughs].

S: [Laughs] We haven’t had a competition yet, but…

T: But maybe we should hold it one day!

I love the flute in your songs. Do you think flute has a big role to play in electronic music now? What you’re doing with it is quite different.

S: There’s been a lot of dance music with a sax or flute when the beat drops. I think that’s the only reference I have in electronic music.

T: There’s also been some sampling, but the way I’ve heard it, it’s mostly been used in one or two songs and not as an integrated part of the sound, as it is for us. Flute is one of the few tools that we have in the band, so we have to use it.

It’s funny you mention saxophone, because I feel like sax has made a comeback lately. I like flute as an alternative, because saxophone is a bit…. overdone. You know what I mean?

J: A lot of flutists are originally saxophonists. They play the flute like it was a saxophone, just to get up in the higher register, rather than use the flute for itself. It’s kind of a narrow thing to do – to not explore the flute, the colours of the tones, the register.

And we were like, we also want to be boss ladies!

J: Flute is like, the main instrument in every traditional music in the world but still it’s often used as a secondary instrument elsewhere. My sound might be different because I come from a different place musically. I’m studying flute and classical music now, French impressionists influence me a lot, and of course I’m Chilean, so I listen to a lot of folk and traditional music of Latin America, which is mostly based on flute. And then you have a lot of great musicians playing the alto flute from bossanova. I don’t listen to electronic music, so when I come into the universe that Sunniva makes, I probably have a different approach. And of course Teo has shown us a lot from the Balkans, which is also very influential. Like the Hungarian choirs where all the singers are equal.

T: The soprano doesn’t have the lead. Rather the piece uses the whole choir.

J: All the colours of the choir.

T: So that’s what we like to talk about when we’re not playing music.

You get lots of attention for singing about love and relationships. Why do you think that is?

S: I think the EP kind of just happened, and some of the songs easily refer to love, even though it wasn’t the main mission with the song. For example, ‘Are You Leaving’ doesn’t have to be about a relationship, but it easily refers to that. And ‘Pretty Baby’ is not a typical love song.

T: I don’t think we made any of the songs as like, ‘oh, let’s give people an alternative narrative to how to be in a relationship, or sing about a relationship, because that’s what the world needs right now’. It just ended up that way because it’s really easy to sing about love, and a lot of the lyrics were improvised as we made the song.

I don’t listen to electronic music, so when I come into the universe that Sunniva makes, I probably have a different approach.

Tell me more about your connection to Smerz.

S: It started when I still just had some demos on SoundCloud with the same name, Sassy 009, and then Henriette sent a message from Smerz’s account asking if we were playing live shows. We weren’t at the time.

S: We hadn’t really figured out the live approach yet. They asked if we would do a show with them, so we went to Denmark, played with them and became friends on that trip.

T: They’ve been a real inspiration. When we were in Denmark it was really inspiring to see them do their own thing.

J: They’re in charge. They’re really in charge of their own career.

J: And we were like, we also want to be boss ladies! [laughs]

Speaking of boss ladies, I’ve seen that you guys are quite well versed in pop culture. Who do you prefer: Solange or Beyoncé?

J: That is a question you should not ask! I’ve been discussing that question a lot actually: is that appropriate to ask someone? Because how can you choose between Beyoncé and Solange?

T: And they stand for different things.

T: They also have a very different approach to how to speak about the issues that concern them. You have Beyoncé, who uses a lot of symbolism. She’s this very strong woman who’s like, I’m in charge, this is how it’s going to be. And then Solange is sort of withholds. She’s not a pure rage. She seems very quiet. They have the same message but it’s told in very different ways. If you’re in one mood it’s like, Beyoncé, damn you’re right, and then other times, Solange is the right answer, so it depends on the situation.

J: I couldn’t find it in my heart to choose.

J: No. Can’t do it. It’s like asking, who do you like better, your father or your mother?

Sassy 009 will play on Saturday, 19 May at De Nieuwe Anita, Amsterdam. Their debut EP Do You Mind was released on Luft Recordings in November, 2017. 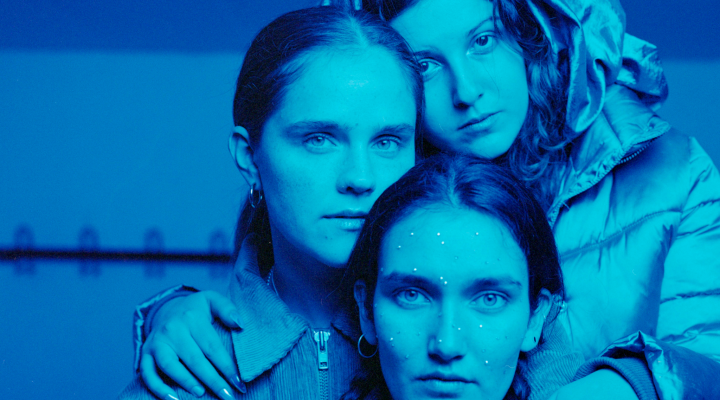 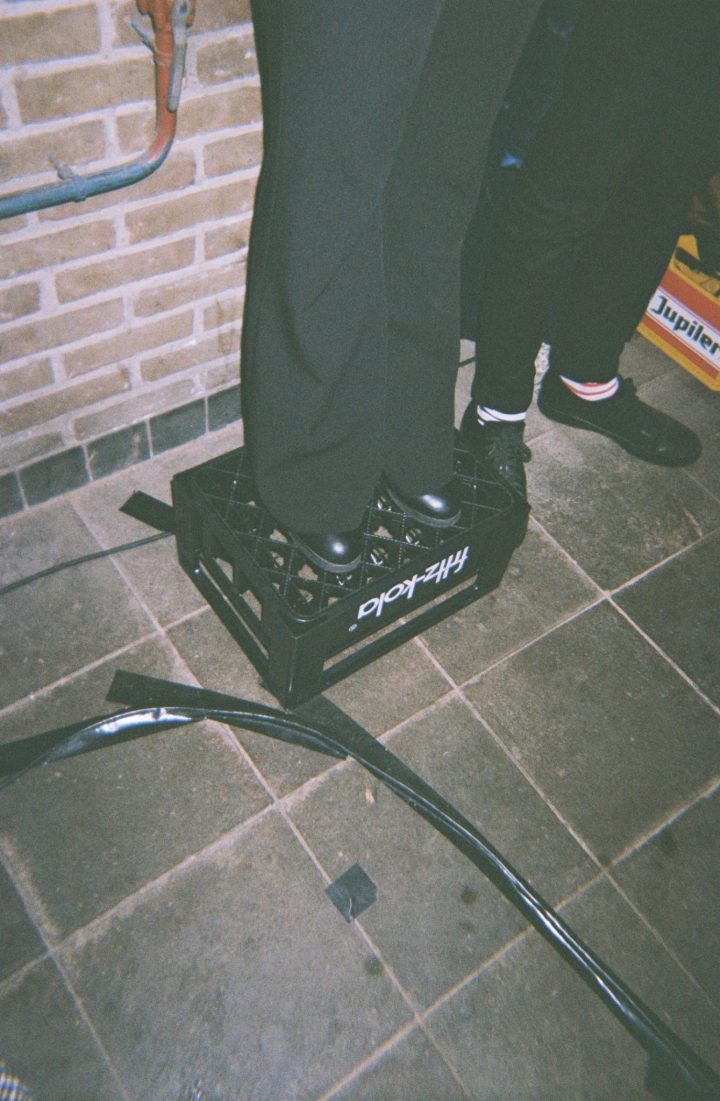 Meanwhile at Our Shows

The melancholic rapture of minimal-pop duo Smerz: a weapon in itself