Tracking down Norwegian electronic-pop duo Smerz was no easy feat. With Catharina Stoltenberg nestled deep in the back woods, and Henriette Motzfeldt wandering the streets of Oslo, the young producers initially gave the impression of two evasive nymphs, glimmering brilliantly in the distance yet impossible to catch. You start to get a sense of how chaotic their lives have been lately: climbing the European charts, touring the States, videos going viral at every turn. But beneath all the sparkle, there they are. Two people sitting quietly, processing their feelings, and reflecting on life. When talking to Smerz, something crystal clear comes through. Between all the heartache, apathy, and melancholy, Catharina and Henriette also express a kind of love that is pure and raw: a love of friendship, of experimentation, but mostly a pure love of music-making. It’s what got Smerz on their feet, and it’s only getting stronger. In that sense, their joie de vivre is in the rhythm of the everyday: it’s an eternal search for the right flow, but one that seems to find them naturally.

I heard you guys have been close friends since you were 16. How does your friendship affect the artistic relationship?

That’s a beautiful thing. So you guys are based in Copenhagen now. What brought you there?

Henriette: It was after high school, and it wasn’t meant as a big like, ‘oh now we’re going to move to Copenhagen and make music.’ It was more of a gap year where we wanted to sing. We ended up going to music school, and making music turned out to be something we really liked.

We listen to a lot of different music, so you have different kinds of sounds inside you.

How did you come up with the name ‘Smerz’?

H: It was also at that music school. We were just making music for fun. I don’t really remember why, but at some point we needed a name for it, and then we thought of Herzschmerz, which means heartache in German. But it was so hard saying that name, and no one understood what it was! So we just made our own short form of it, and that was ‘Smerz’.

H: Ah, shit. We both really liked New York the most, there was no question. But Catharina, I think you should move to LA. [they laugh]

H: I think you would be like, good at the workouts. You could easily get yourself into the LA mindset if you had to, but still keep perspective. You could go into like, yoga and juice culture without losing yourself. I think I would lose myself completely! [laughs]

Changing topics: you guys do a lot of your videos yourselves, and they all have a very distinct aesthetic. Do you see that aesthetic as integrated with your sound?

C: We do all the music ourselves, so we’re used to being in charge of every aspect and colour of the music. When we’ve worked with others doing photos and videos in the past, it’s been hard to explain what we want in such a way that the result ends up nice. So it’s been better for us to do less complicated stuff so we can do it ourselves instead.

H: Yeah, I think there’s a really similar process to our videos as to our music making. It’s a lot about trial and failure until something goes right.

Fair enough. I really like how your music doesn’t fit into one specific genre. I feel like it’s in between minimalism, pop, R&B, electronic, and all these other sounds. How does that fluidity reflect your work?

C: It’s super nice that you say that. Often interviews give the feeling that we’re this club band or this R&B band, and it doesn’t feel right. But it’s hard to be like, ‘oh it’s not R&B, it’s more like a mix of…’. It’s better if someone just listens to the music. It’s probably because of the failure and testing thing. We listen to a lot of different music, so you have different kinds of sounds inside you. You make a beat, and weeks after, make a melody, and they can come from completely different places. We don’t “plan” of what kind of track we’re going to make; so it ends up as this mixture.

Talking about genre boxes, what about the box of ‘girl musician’? Is that category frustrating, or can it be empowering?

H: In practice it’s only been good I think, because people often get positively surprised. The people I’ve met, they’re not so judgmental that they can’t be won over. But image-wise, it’s hard, and that’s something I struggle with. It’s hard to not be ‘two cute R&B girls’. And I also automatically think that sometimes.

Like, you’re told it so often that you start to believe it yourself?

H: It’s hard to explain, but I think visually, there’s something about two girls that brings a lot of associations that might not all be true.

It’s hard to not be “two cute R&B girls”

Can you tell me about your upcoming EP?

C: Yes! It’s almost ready. It feels super nice. It reminds me of the last EP just because I love every track in its own different way. They’re a bit all over in style, but they all have this same kind of restless, apathetic, melancholic, but a bit hopeful feeling.

H: I agree. I think lyrically it’s a continuation from the last one. I guess we’ve kind of evolved in mood as well, or in our thoughts, and that’s reflected on the EP. It’s mostly about our everyday feelings.

What are those everyday feelings?

H: I guess restlessness, and wondering if you’re happy. A bit of apathy as well, but at the same time, completely the opposite. 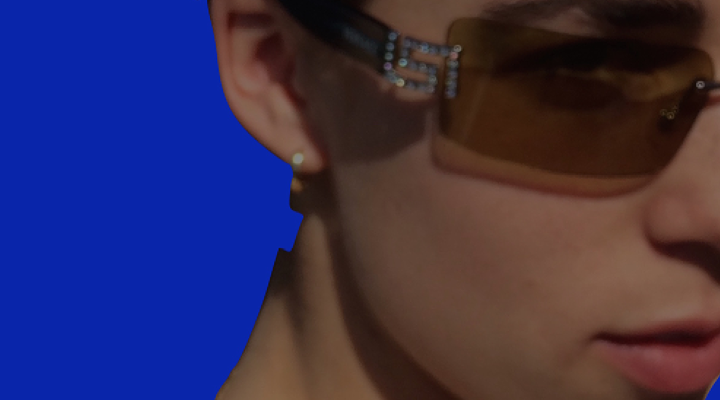