Tinkling percussion, aloof vocals, rattles of sub bass, dial tones. Laurel Halo is one of the rare cases where the cliché rings true: she sounds like everything and nothing all at once. As much a scholar of the avant-garde as of dub and techno (her native Ann Arbor a stone’s throw from Detroit), her music is awash with tricky reference points, but still fizzes with originality. Her lyrics burst mysteriously with ideas, mixing the mundane and the evocative with an occult sort of logic. And then on Halo’s third album, 2017’s Dust, something clicked. Easily her masterwork, it painted a portrait from abstract shapes, sketching a character that was elusively touching — at points in soft strokes, at others, razor-edged. Eager for answers, we catch up with this brainiac bass poet to trace the personality behind the process.

Laurel Halo seems to have many faces. How do you explain the common thread or concept in what you do; for example to an aunt or someone totally outside your scene?

It’s funny you mention my aunt; she lives in Manhattan and came to see me play at The Stone in New York several years ago, when what I was doing was still very much in its early stages. Synth washy, blown out – in my recollection fairly awful. You can imagine her discomfort – there were maybe 15 people including her, listening to fairly challenging and wild music. It was a hot, late summer evening with the usual sonic trappings and humidity right outside this cave-like, heavily air-conditioned space. She asked me afterwards the exact same question you’re asking now: ‘How would you describe this?’ Lacking a solid answer (as I also lack now) I called it ‘experimental electronic’ music. So from then on, for whatever reason, she dropped the ‘experimental’ and just called what I do ‘electronic’. And then last summer, when I showed her footage from a show at the Boiler Room, she was shocked that I was doing a DJ set. To her that was ‘mainstream’, the antithesis of what she understood as ‘electronic’, even though I was only playing club tracks – electronic music. So in this sense I think these words mean nothing.

There’s a breadth of expression in music that gets flattened by biased ears.

I also find it interesting to listen to your DJ sets, to see where your kind of deconstructive approach works when put in a more functional, club setting. How do you usually set about curating your record box?

DJing is a preferred outlet these days. Selecting takes a very long time. I still play tracks that I found three months to ten years ago. I find I’m mostly listening to drum and harmonic and mood palettes, as opposed to genres. I tend to avoid tracks that sound too idiomatic.

For me, music always needs to have a spiritual anchor, a sense of groundedness.

How does fun fit into your process of experimentation?

I will quit making music if it ever stops being fun. We have been historically fed the patriarchal notion that the only music worthy of ‘serious’ consideration is dour, aggressive or po-faced. That fits very neatly into ‘classy’ modes of music production. A lot of my favourite artists and filmmakers employ humor or silliness in their work, which can – and this may come as a shock – also be dark, twisted, ashamed. There’s a breadth of expression in music that gets flattened by biased ears. You so desperately want to identify music as being of one sound, genre or scene, but to me these identity games are so dull. At the same time, I don’t want to say I’m above the rules – there are specific languages and visual narratives that exist. The vast majority of people listen to incredibly shit music, because they aren’t curious in learning the subtleties of musical language. And that’s fine, and my understanding is still in the bottom of the foothills of a vast series of mountaintops. I just try to make work that is pleasurable, surprising, or confronting to myself.

Do you find more often that your work starts funny and gets weird, or vice versa?

It depends, sometimes I start off with something dead strange and then work it to become more recognisable. Other times I do something more straight and then feel the compulsion to break the track a bit.

Your music is pretty elusive to meanings and to description. How do you work through ideas of abstractness and concreteness when you’re writing and recording?

I think Ursula K. Le Guin’s translation of the Tao Te Ching is a very useful starting point. The idea of music being ‘abstract’ and also a physical product to be sold. For me, music always needs to have a spiritual anchor, a sense of groundedness. It may not come off to the listener, but when I’m listening back there has to be a grain of calm or quietude at the center, despite whatever sonic content is happening.

Reading reviews of Dust invariably gets quite academic, and you see a lot of what you might call over-interpretation. How do you feel about people trying to decode your lyrics?

I guess I don’t really mind either way. The lyrics took ages for me to write. I put a lot of thought and care into them, to play with ambiguity and narrative, broken or lost structure. And yet I don’t even listen to lyrics when listening to other people’s music!

The most important feedback that I get is when people tell me that my music helped them through rough patches, or difficult times with family or work or romantic relationships.

Every time I play the record in different places it strikes a completely new tone. Do you have any recommendations for the perfect listening spot?

Leaving work after a shit day, or a beach at sunset high with friends.

You’ve said a lot about the positivity of the album, and recording/writing as a healing process. How do you work through your art as both expressive and as therapy?

Writing music has always been a joyful process. It’s helped focus my monkey mind, or turn around negative words or thoughts, or transform the weight of our miserable setting, to build and aid in determination. The most important feedback that I get is when people tell me that my music helped them through rough patches, or difficult times with family or work or romantic relationships. 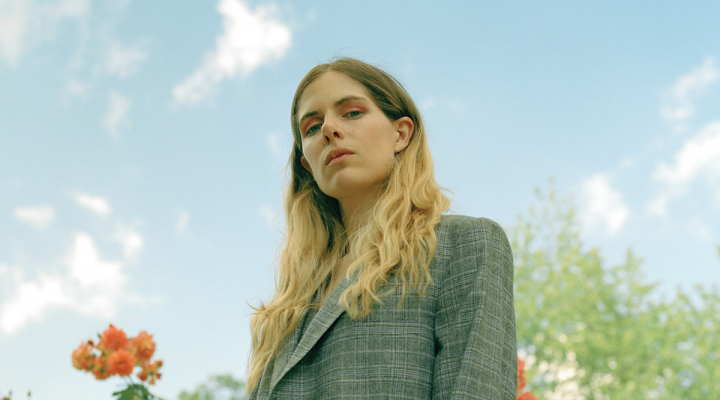 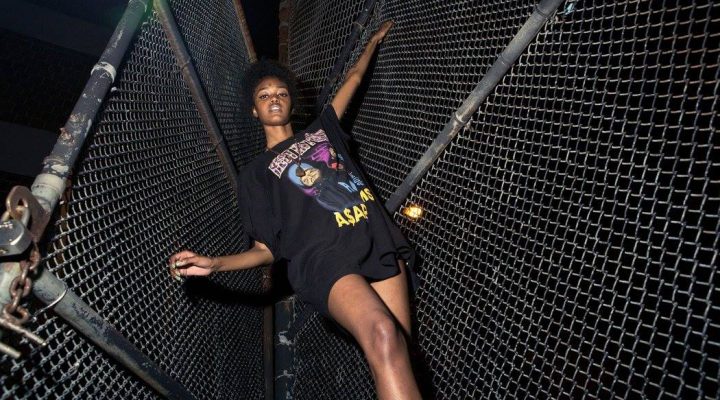