New York trio The Sediment Club release their full length Psychosymplastic on Wharf Cat Records today. Written and recorded in 2014, it is a loud and abrasive documentation of a trying time in the band’s life. Reacting to the desperate desolation of the New York actuality, it’s not at all surprising they sound reminiscent of their local no wave predecessors. The sonic violence of their record is not necessarily accessible or all that pleasant to be frank, but it is a testament to The Sediment Club’s refusal to play it safe. We talk to guitarist and singer Austin Sley-Julian about finding the beauty in a pile of trash. And though their reality might be caustic, a positive attitude is helping. 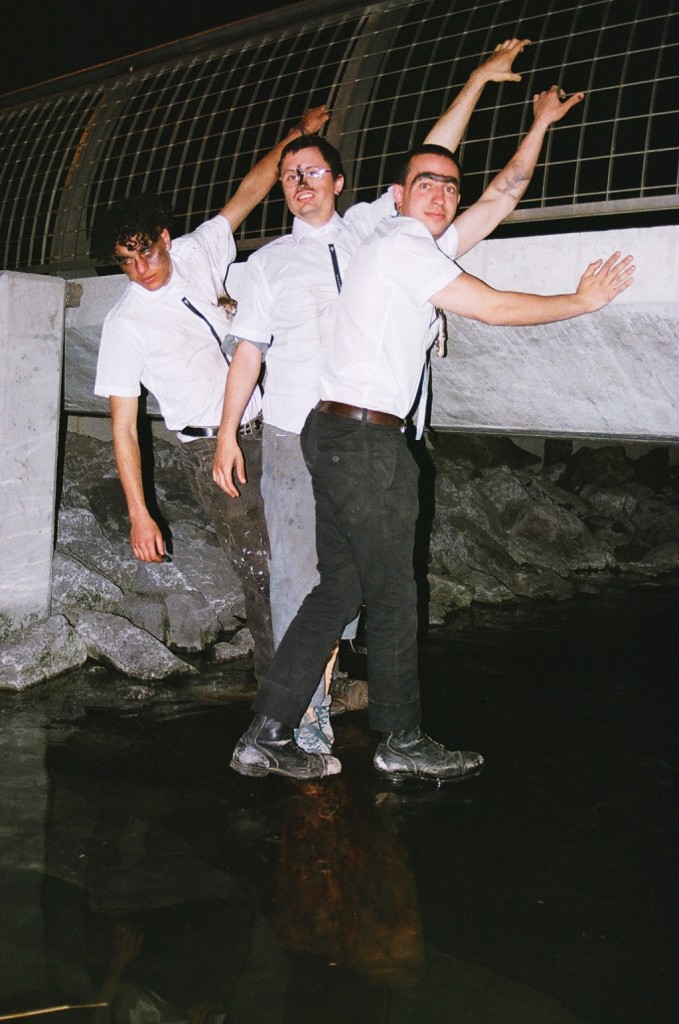 Tell me about New York, what’s going in the music scene right now?

I’m a little bit disconnected because I just moved back here from Providence after three years but I think it’s at a good point right now, musically. It’s a huge city full of small, different scenes, so there’s all kinds of stuff going on. And there’s also enough room for all these people to do whatever they want. It should be like that. My only critique would be that things are really safe. There isn’t a lot of crossover or a lot of exception, it’s really clear-cut genres. Just people doing things that other people have done before.

So how does The Sediment Club fit in there?

I don’t want to put myself in a safe position, we try to do what we want. It’s not about music history or necessarily trying to do new things in music. I don’t give a fuck if people think that what I’m doing is derivative. I like that old No Wave stuff but I’m doing my own thing. That’s what I think people aren’t really doing right now. They’re doing stuff because it was cool or good at one point and it seemed to work. That’s a very easy, one-two thought process when forming a band.

Your new record Psychosymplastic is about to come out, and to me it feels very complete. Going from themes to artwork to writing, it has a clear concept.

We all very much took part in the writing, Jackie, Lazar and I. I really like the songs, they’re very varying. It’s the most thought out and curated record we’ve done. 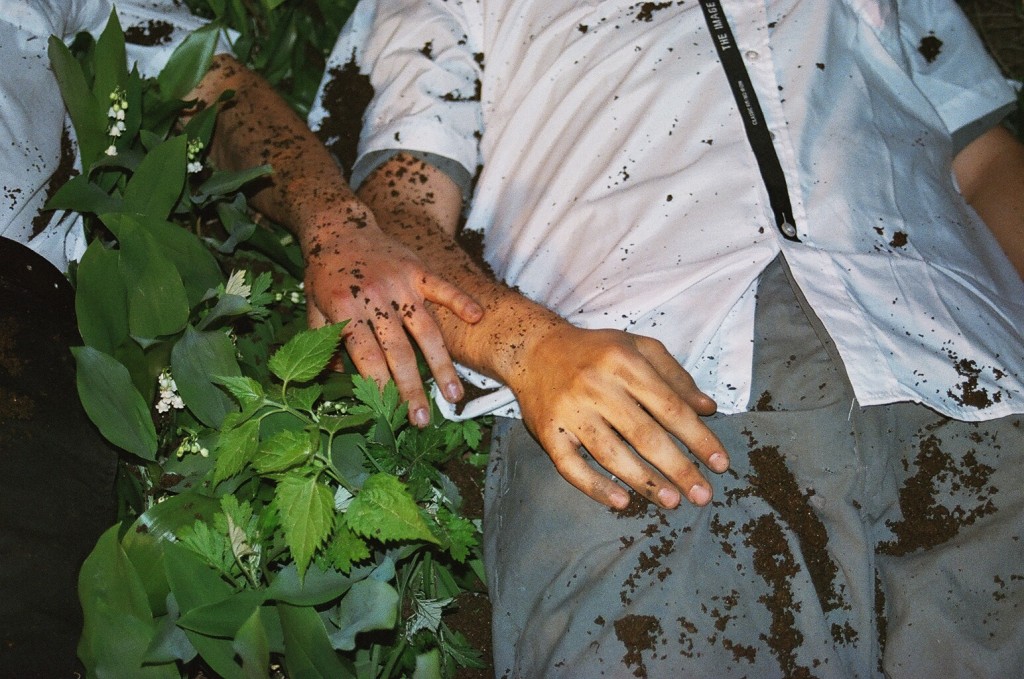 The things that are really curated and intentional are the sonic aspects of it, and certain lyrical things are definitely intentional. The inflections of emotion are not a real conscious decision, those are just the things that come out. For me, that stuff comes implicitly. The reflection of my opinion is not something I can remove from what I’m doing.

I understand it was all written and recorded last year?

Yeah, every song on that was written in 2014. And that was a shitty year… It was a really fucked up year. I don’t want to talk for everyone, but for me, there were lots of trials, just figuring stuff out. But we’re all writing this music because we have to, it’s the one anchor in our crumbling lives. And that came out in this record.

It was bad luck, a bad time. For a lot of people I know. It was a year of trial and error; things you’ve been working towards falling through. And America’s falling apart right now for a lot of people. It’s not easy to stay afloat here. It’s easy for some people, and it gets easier and easier for them, but harder for everybody else. It was a trial time. It stands out in my mind. 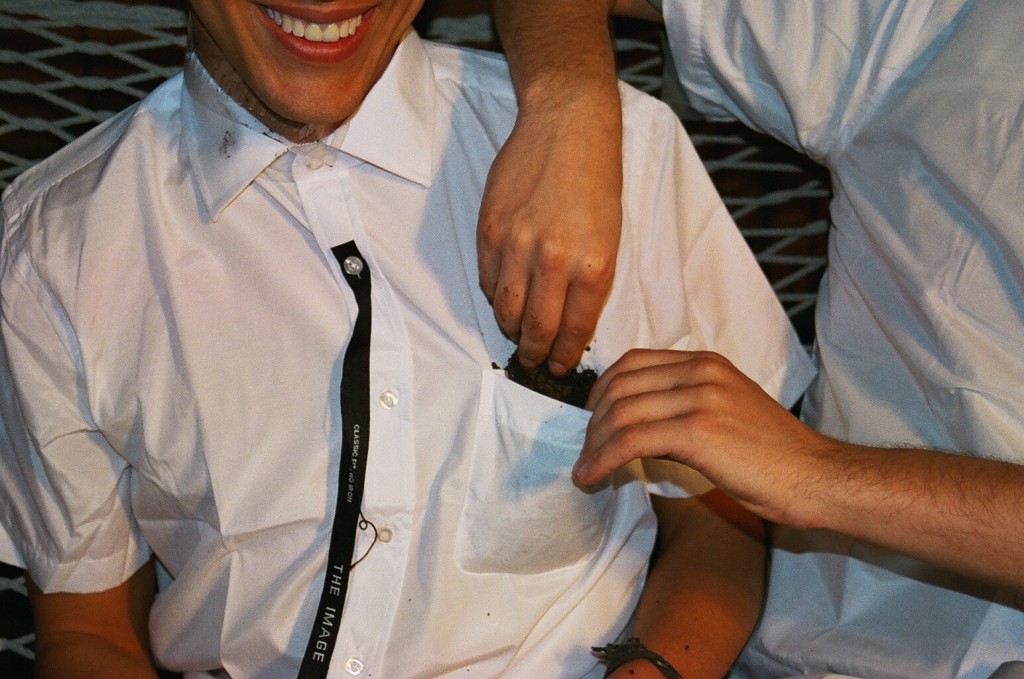 How about this year though?

2015 has been good, I moved back here and I’m excited about being here. Things happened, but this has been a good year for me so far. A positive attitude is helping.

That’s good. Positive attitude. Speaking of, when did you guys get involved with Wharf Cat Records?

That was last year actually. There were some good things last year, the music stuff was good. Wharf Cat worked with a lot of friends of ours, like The Ukiah Drag who are on their label. We were at a point where we wanted a label that has a little more distribution but we still wanted to keep our music within less institutional and more homespun hands. Not a lot of people do things as genuinely as Wharf Cat does. These guys are really sweet and they’ve been really supportive. More support than we’ve ever had as a band. 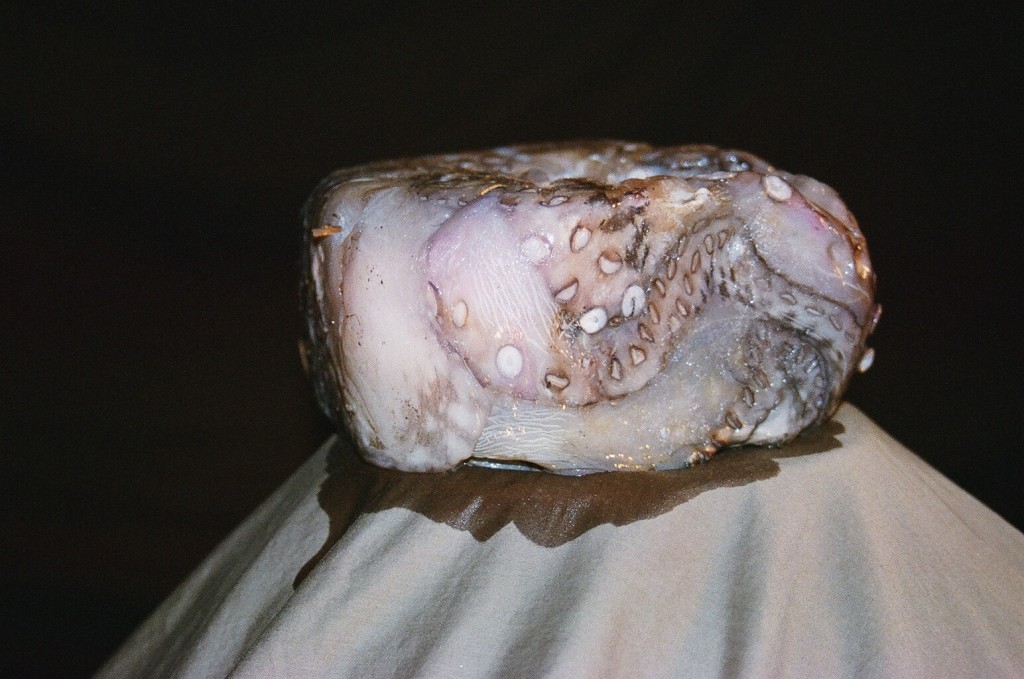 When I talked to them they said they thought you guys are really ‘a New York band’, does that make sense to you?

We’re all from here and we’re all individuals, but if I speak for myself, of course New York and all the complicated things I feel about it always come out. It’s my origin. When we started getting into music we were in our high school years and we wanted to challenge what was going on in the city. This was in 2008, and there was this wishy-washy scene with popular indie bands. We wanted to be loud and abrasive and remind people to move to a loud and abrasive place… If you want to sound like you’re at Miami Beach, you should just go there.
For me it’s a very personal and familial thing because my parents were really involved in the old NY music scene. The creative scene in NY is totally different now. For the most part, a lot of that world, a lot of what was NY art and what was interesting about it before isn’t there anymore. But since I moved back to the city last year I’m trying to appreciate it for what it is, not what it was. There is still a lot about NY that’s NY, that makes it the exception to a lot of other places. 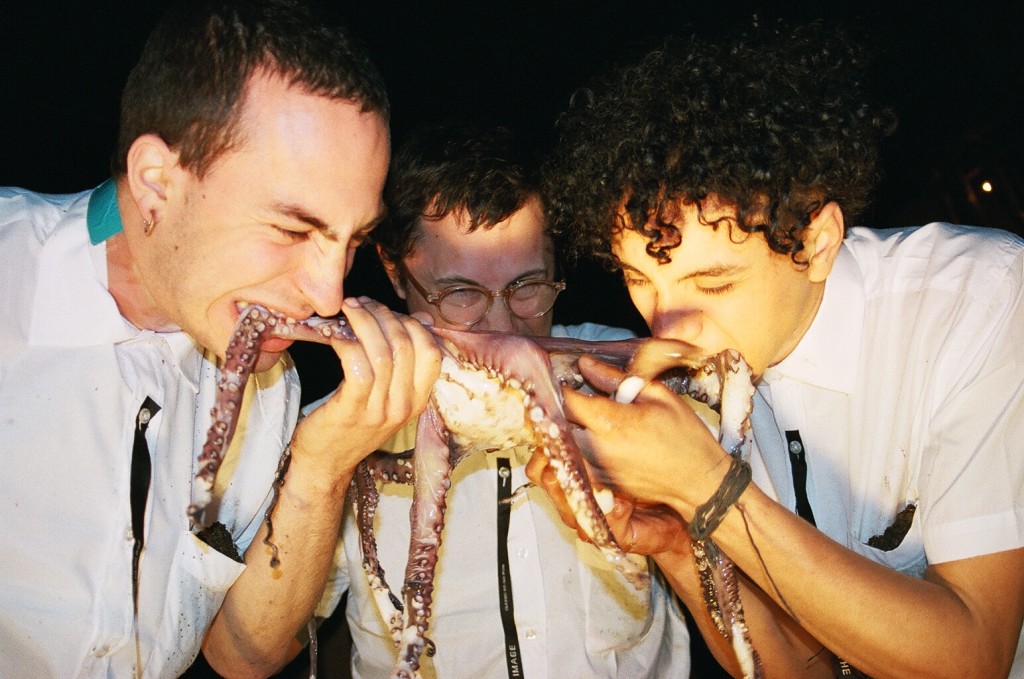 The first thing I read about you guys was the press release for this record, and it’s quite incomprehensible at first read.

“Let’s be real, they called me a loon and my honesty is a smear. Pre-excused decisions: the corner is marked; seething rain burns through a silver diatribe; terminal remnants gather. Protect me from devils, must be dancing, in the tank a past ally wakes the mummy bog. 15 years and I was raised – hunger grows a bland palate. Washed out jaded trendsetters, with the right rhetoric, indistinguishable.”

What do you want people to get out of that, because a lot of people might not understand it. For me it didn’t really make sense until I heard the first single.

Lazar wrote that, it’s some of the lyrics put together, segments of the songs made into a statement. I like to connect and appeal to people that enjoy looking through garbage, that like looking through neglected things, and finding good things within that. I’ll play music to anybody, but that’s what our music is as well. It’s caustic and violent and abrasive. Something that is ugly and beautiful at the same time, that’s the art that I like. And that’s why the press release is that way, because that’s what we are. Even though people might think it’s bullshit. 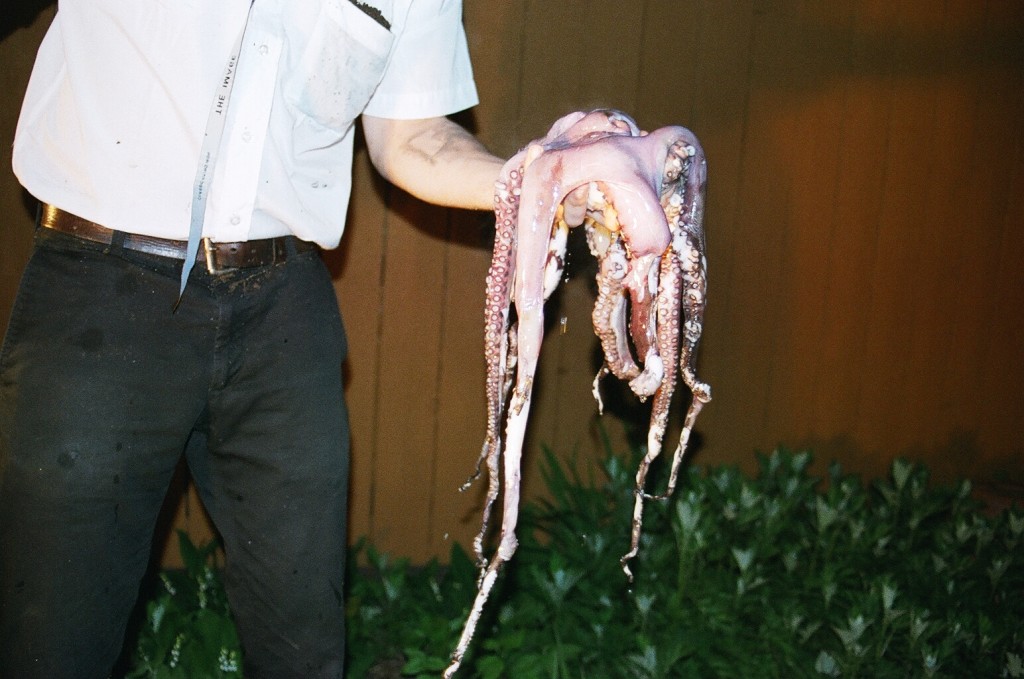 You said the themes of the record and writing weren’t really a conscious decision, but songs like rRadio Raheem and Apprehension Complex do, directly or implicitly, talk about certain desperate developments in society right now. There is a lot of misunderstanding and anger.

The lyrics of rRadio Raheem use a science fiction scenario of a scientist that has created a monstrosity, a clone who’s not an ally. That scenario is more of a metaphor, loosely based on our fear as people that technology is coming after us.
Apprehension complex is a song Lazar wrote about the police shootings that are happening right now in America. That song is very directly tied to the mentality of the police, it’s very scary here. The cops are killing children, murdering people who haven’t done anything wrong. People can’t take this anymore and it’s happening all the time. America is going to hell right now. So that song is written from the perspective of the cop, to see the kind of warped mind you have to have to see a child as a monster.

Do you think it’s going to change at all?

It’s too complicated. I’m not going to say that human beings are just made to be violent, that’s bullshit. It’s really too complicated to make any sort of statement on what we would need to do. There just need to be less fucking people, but I think the resolve of that is pretty negative and dark, and I wouldn’t want to execute any of those ideals. I’d say be a better person, treat people well, smile at people on the street, be happy. Stand up for what you think, be a better person.

Yeah, and don’t let people get hurt around you. 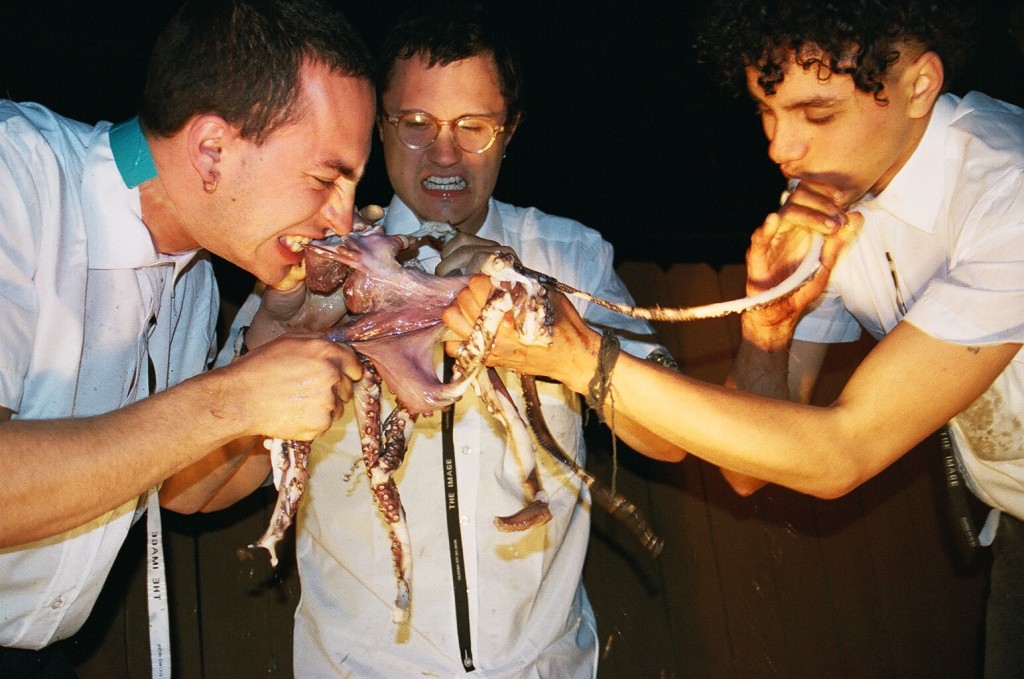 The Sediment Club’s new album, Psychosymplastic, is officially out today, 24 July, on Wharf Cat Records. The German release will be handled by Chu Chu Records. 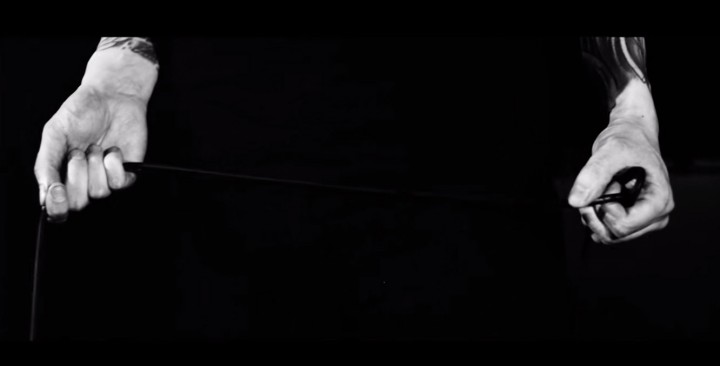 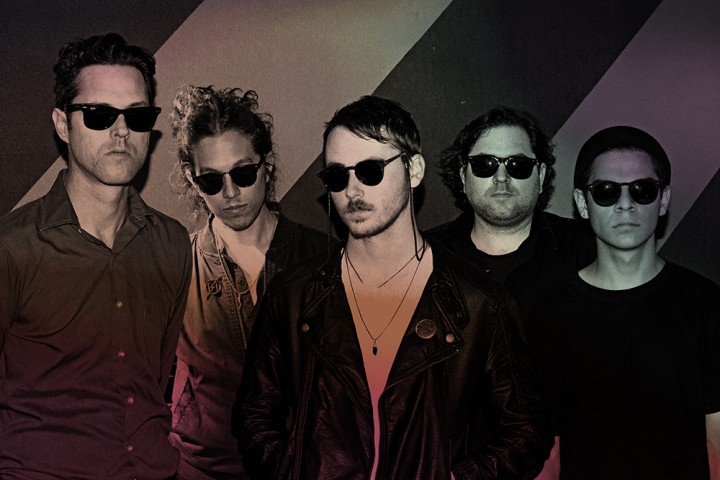 If there is one thing we and the men of Destruction Unit agree on, its that music is at its best 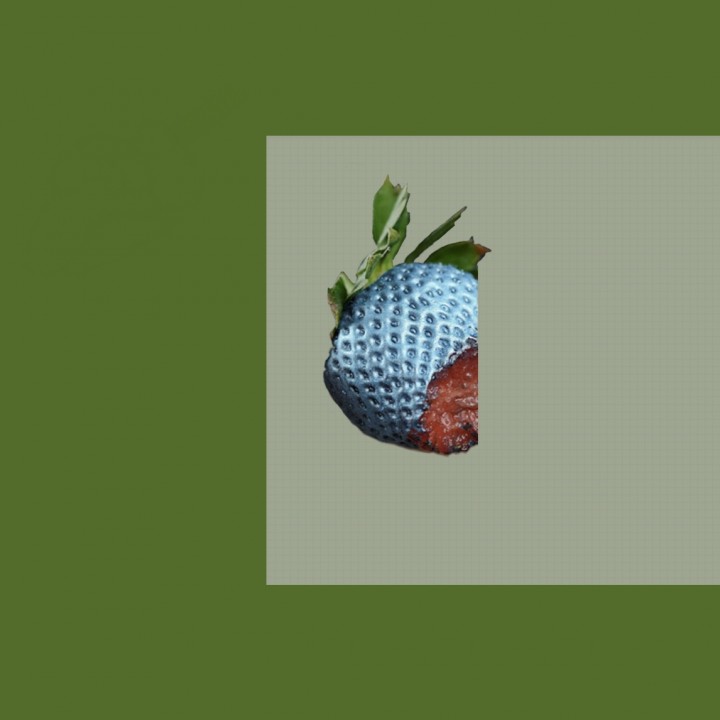 We are very excited (!) to introduce you to Bichkraft. The Ukrainian youngsters release their debut Wharf Cat Records today.