An Interview with Stephen O’Malley

Over an early morning zoom call I spoke with musician, composer and visual artist Stephen O’Malley. One might be familiar with O’Malley through his dedicated participation in a myriad of drone and experimental projects – Sunn O))), KTL & Khanate, to name a few.

For Sonic Acts, this Sunday October 16th, O’Malley performs electric guitar for Kali Malone’s new piece Does Spring Hide Its Joy, together with Lucy Railton on cello and Malone herself on electronics. Our conversation hovered above the drawling piece, touching upon deep listening, musical genealogy, and how the composition seeped into its current mold. 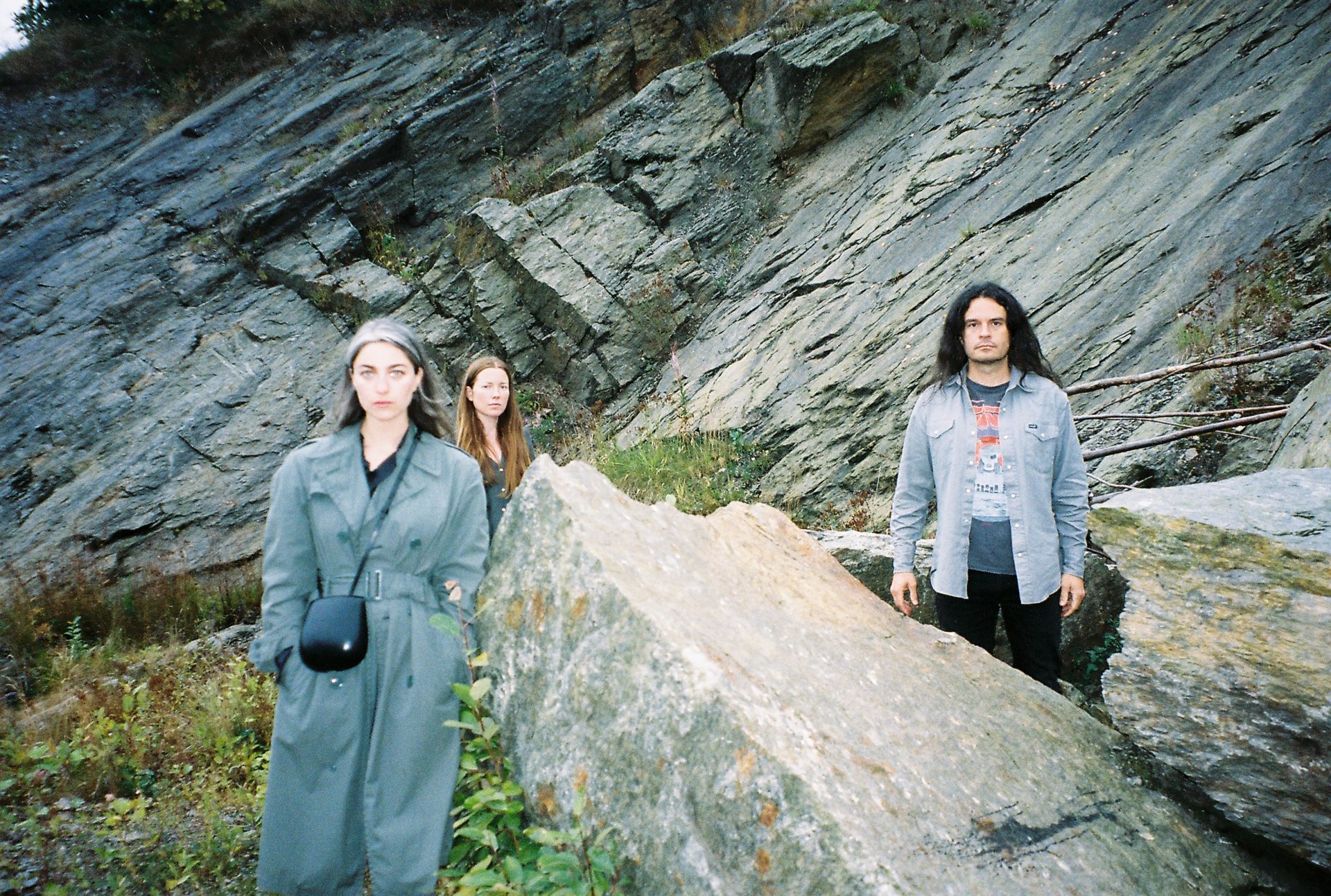 Hi Stephen, thank you for speaking with us.

Hi! Thank you for doing this, this morning.

At Sonic Acts, you will be performing a piece composed by Kali Malone, entitled Does Spring Hide Its Joy, together with Kali Malone and Lucy Railton. I’ve had the opportunity to witness this piece before, at a concert in Århus. When initially reading up on it, the piece was described as an ‘immersive audio experience’, which was initially manifested as a 4-day multichannel sound installation. How did the piece translate from its initial form into something that can be performed live in front of an audience?

At the beginning of the pandemic in spring 2020, Kali Malone, Lucy Railton and I were all in Berlin, up in the same area, Prenzlauer Berg. During that time, Kali received an invitation to work together in a special space in Berlin which was left nearly totally vacant during those months, so Kali took that opportunity to write a piece for us, and we got together to work on the music. In that strange and empty period we had the chance to learn and play as a trio, and do some really great recording sessions. Those recordings formed the basis of the project. Fast forward a few months: Kali was invited to participate in a festival called Abandon Normal Devices in Liverpool, England with a sound installation. She took the aforementioned recordings and redesigned those as a multichannel and immersive durational work, which was played back in a hydraulic tower and engine house in Birkenhead Docks, for a couple of days. Also, there was some film accompaniment by Celia Hay included in that version of the installation project.

Since then, we have been offered a few special opportunities to perform the piece live as a trio. We’ve done a handful of concerts so far, where it’s Kali performing sine waves through synthesis, Lucy playing cello and I play electric guitar. My playing works with really precise feedback, based on musical modes and harmonic indications of the score. The composition of the piece works with precisely defined harmonic structures, but there’s also a liberty for us to work in a very affective way of playing together. It’s a sense of actualizing the composition rather than a repetitive performance of it. It’s a really beautiful piece and Kali has defined the duration to be somewhat flexible. It has been performed mostly as a 90 minute piece, but also as one of 60.

The piece is defined as ‘non-linear’. Can you tell me more about that?

This is a term I personally tend to use quite a lot. It is a key to describe a possible sensation of immersive deep listening. Those would be the buzzwords here, I suppose. Philosophically, we are often moving through time. There’s a start and a finish, or there’s a progression in a sense of a direction. When the term non-linear as applied to music, I personally propose an experience of listening and being in an experience of listening and feeling sound energy, in which one can quite simply be enjoyed with the liberty of losing track of time.

I’ve gotten familiar with the concept of deep listening through Pauline Oliveros. When thinking of her approach to the term she coined, I want to ask you about your perfect context to engage in that state. Is there anything that makes you help lose track of time?

It’s complex. It depends on what’s happening and who’s involved. Also, on a philosophical level for me, it has a lot to do with meditation and meditative-like states of consciousness. Giving attention and space for what you’re doing at the time is so important. We all know that it’s very easy to be distracted. The pleasure of listening to a delicate piece of music takes quite a lot of commitment and effort, although the music itself may not be something that’s overly demanding in that way. But, it’s about to find space. To let the music have space within your mind or in your sense of mind. I mean, it is not something difficult to do per se. I think we can make some sort of paradox when I say non-linear and deep listening, but it seems to me that it’s about having an immense focus on something. At one point, Kali and I were discussing that we agree that we can put on a recording of Does Spring Hide Its Joy and the music happens to be in the space around you, and that it happens to be moving. You don’t have to sit in front of your stereo, staring at the wall or whatnot, but it can be alive in the space with you. That’s a sense of immersion, which is an essence of deep listening. I guess it has to do with the tension, but we all want to have an artistic experience where it encourages our attention to be at ease.

A physical element like walking can make me engage with music very intensely as well. It reminds me how I spent certain mornings at in Oude Kerk, where one was invited to wander through the church during the concert.

Ah yes, we know Jacob, the organist of Oude Kerk! I think they are very sensitive to that kind of experience: of being in the space together with art. I love the aspect of architecture and music crossing. If you’re very present in the space, you’re very alive in that space. You’re not thinking about another time or anther topic, but you have the opportunity of just being there.

If we dial back a bit to Does Spring Hide Its Joy: as a player of the piece, what have the different forms, shapes and contexts of the work taught you about the piece?

Well, I’ve learned a lot about tuning and the different possibilities of how to play guitar. I had to play in a new way in order to approach the ideas that Kali is shooting for. I think it’s pretty interesting to play guitar in a way that’s using a tuning system contrary to how it’s designed in my particular instrument. I personally have never gone beyond the standard fretted guitar, so creating the intervallic pitches of just intonation require more of using string harmonics than the frets. It’s almost like an using the harmonics of an open tuning. But, there are certainly people, like Julia Reidy, who design guitars that function in those tuning systems in a fretted way. So, as far as technique, that’s been something new for me. Playing with Lucy has been tremendously rewarding and educational. She’s an incredible cellist. And Kali, I mean, her personality and her aura of creativity are purely magnificent. So, going into that space and sharing a focus together with the two of them for 90 minutes is something very special.

Outside of this particular piece, you’ve been working and playing together with Kali quite frequently lately. Where do you find one another in collaboration?

Well, the topic of collaboration and connecting with another is sometimes mysterious, and sometimes it just makes sense. I met Kali’s music before I met her. And when we did meet, I was just fascinated with her approach to musical structures. Structures which I find to be very familiar, somehow, but her approach feels very new and fresh. I feel like if you look at the music I’ve made in the past periods, it can be connected to a tree of music that goes back very far, but is growing into the future too. I think that Kali is in the next stage of that branch or even much further, several stages or branches beyond. So, a chance to learn from her, her compositions, her approaches and her hearing – and to enjoy her music – is really spectacular. Also, at this point of my life as an artist, I’m fortunate to be learning a new instrument by accompanying Kali on some of her pipe organ concerts.  And the role of an accompanist; to be a player in someone else’s concept, and to have to be so enriching. We share a lot. She’s generous to share her music with me, and I feel very privileged and honored to be able to add something to her path through that. 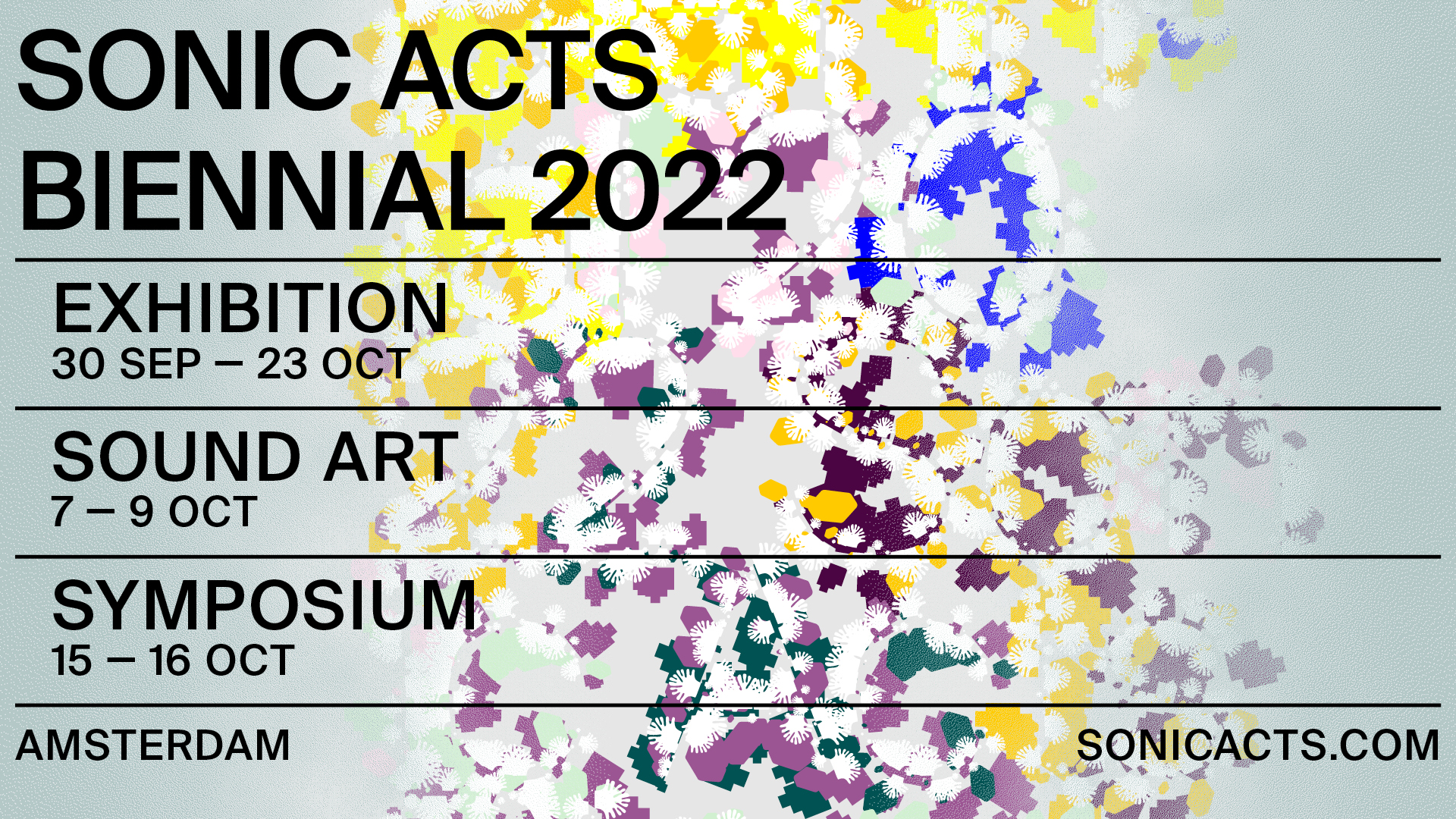 Kali Malone, Stephen O’ Malley and Lucy Railton present Does Spring Hide Its Joy at Sonic Acts, in Singelkerk, on Sunday October 16th. The performance is a part of the series ‘breathtune’, featuring Bloedneus en de Snuitkever, Aine O’Dwyer, Ale Hop and Tatiana Heuman aside from the trio. Find more info on the event here.

Breathtune is a part of Sonic Acts’ symposium: Leaving Traces, which is structured in three panels on both Saturday and Sunday, with more than 20 international artists and scholars presenting their research at Likeminds. “Each evening after the talks, the audience is invited to digest toxic entanglements and messy stories about climate emergencies through sound performances, concerts and films featuring an exciting lineup of artists. Tuning into the siren calls that warn us about disasters happening over geological timescales, the Preemptive Listening and Breathtune evening programmes – running Saturday at Likeminds and Sunday at Singelkerk – breathe new life into silenced or forgotten sound practices.” 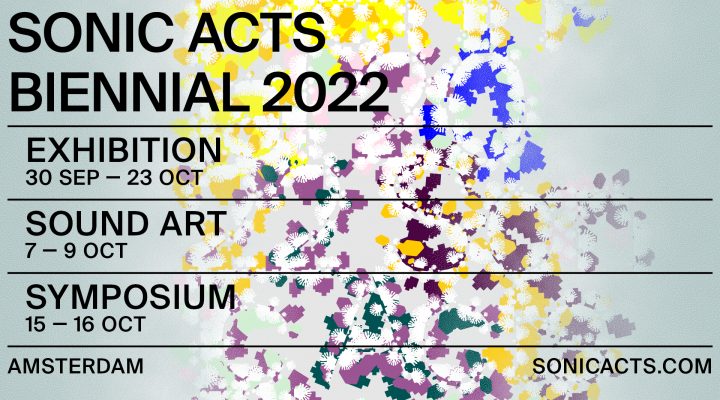