Log in. Did you forgot your password or would you like to create a brand new account? Just don’t overshare. Perhaps don’t be all too truthful with the data you entrust. It ends up God knows where. Who is The Creator here anyway? The humans who wrote the elementary cipher, or the operating systems that learned, developed and retained it? When one steps in AVL Mundo in Rotterdam from June 30th until halfway August, one enters FAKE ME HARD – an exhibition that aims to display and invite you to interact with the culmination of our digital times. It asks you to reflect on your role in a technocapitalist society. “To speak in Matrix-terms: we can no longer choose between the red and the blue pill, between the truth and blissful ignorance. It seems that only the blue pill is available.” 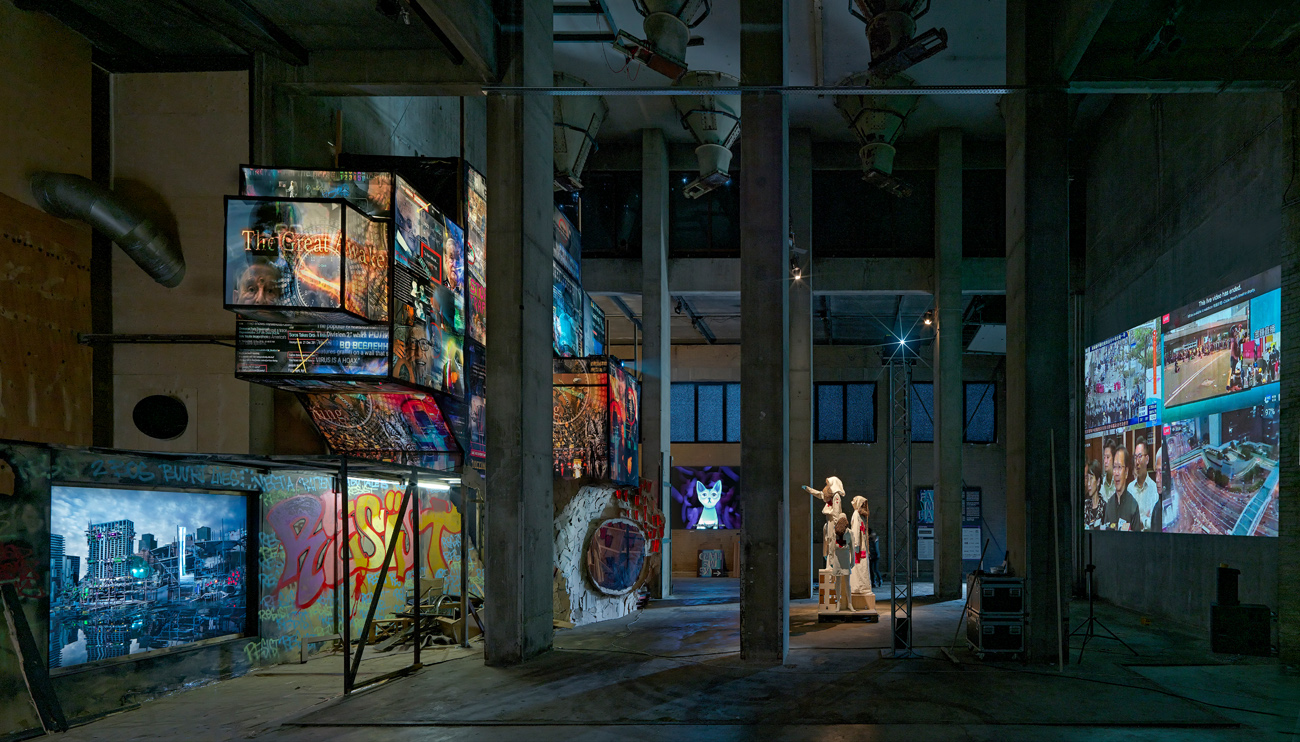 “In the year 2021, we can no longer afford to feign that technology is neutral. In these times of deepfake videos and populism, it is becoming increasingly difficult to tell the difference between ‘real’ and ‘not real’. Algorithms facilitate a web of lies, with direct consequences for society and democracy. Just think of the recent storming of the Capitol by pro-Trump rioters, partly attributed to the largescale dissemination of QAnon theories by algorithms.” FAKE ME HARD offers commentary and critique, but also engages its subject matter with a sense of humor and bravoure. I mean, almost directly after setting foot in ‘De Kathedraal’ of AVL Mundo, you’ll find yourself listening to a comforting monologue by an AI kitten that governs the world in the year 2039.

When one drifts further trough the maze, you’ll bump into FAKE ME HARD’s big data subject matter from different angles and levels, with different appearances and facades. 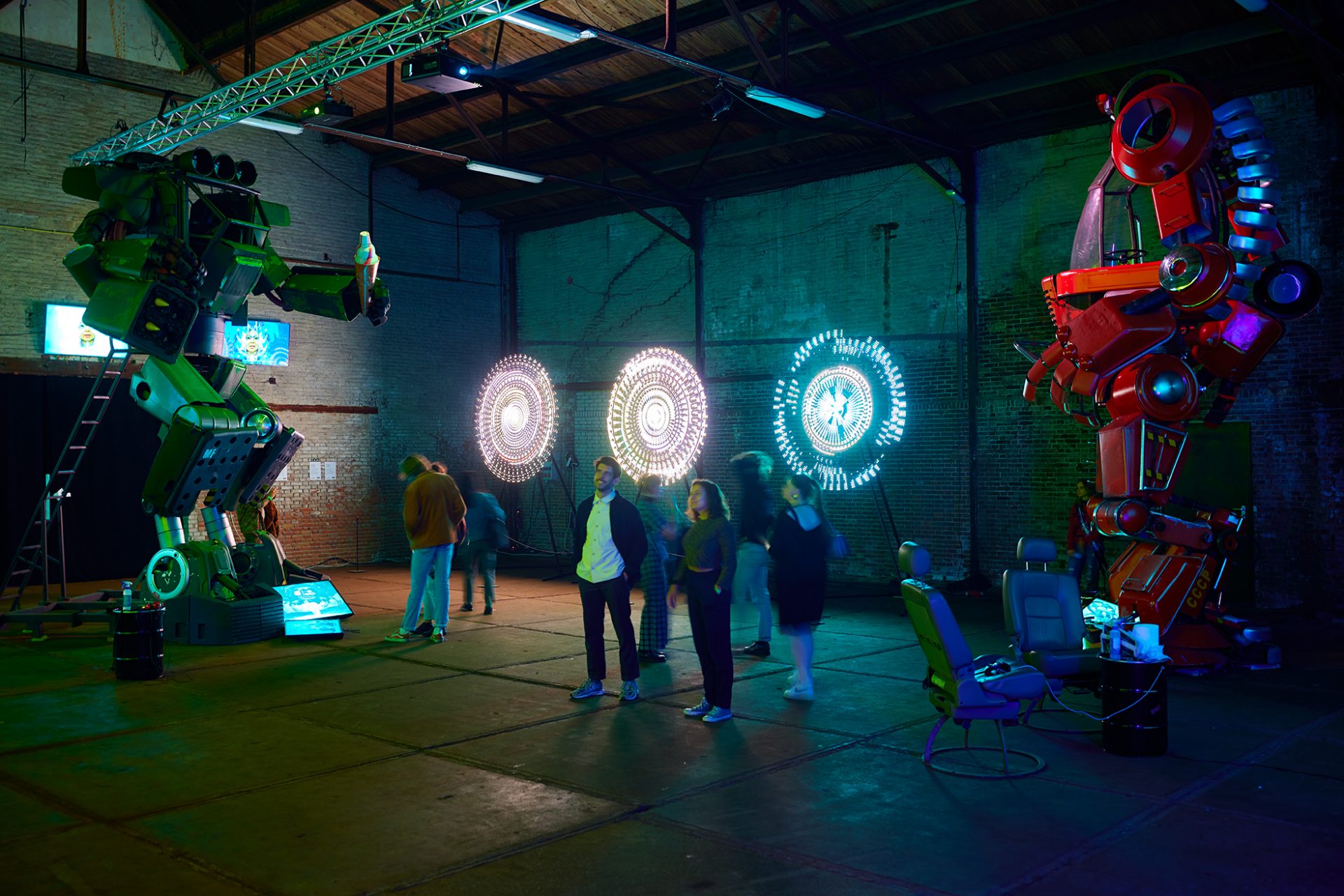 For instance, Jon Rafman explores the effects of technology and information overload on our psyche in his video installation. By keeping a dream journal and visualising it with help of AI, he submerges you in a tormented phantasm, aptly featuring music by Oneohtrix Point Never and James Ferraro. Or, at the middle point of the exhibition, you’ll encounter a fortress by J&B that’s made from a giant (!) Feyenoord banner screaming at you as you wander through: “We zijn niet te stoppen. We blijven nu gaan!” A larger-than-life battle cry that serves as an antidote for algorithms. One of social cohesion and collective desire. “The realization that life is transient might incite our boundless creativity, activism, reflection, and humor.” 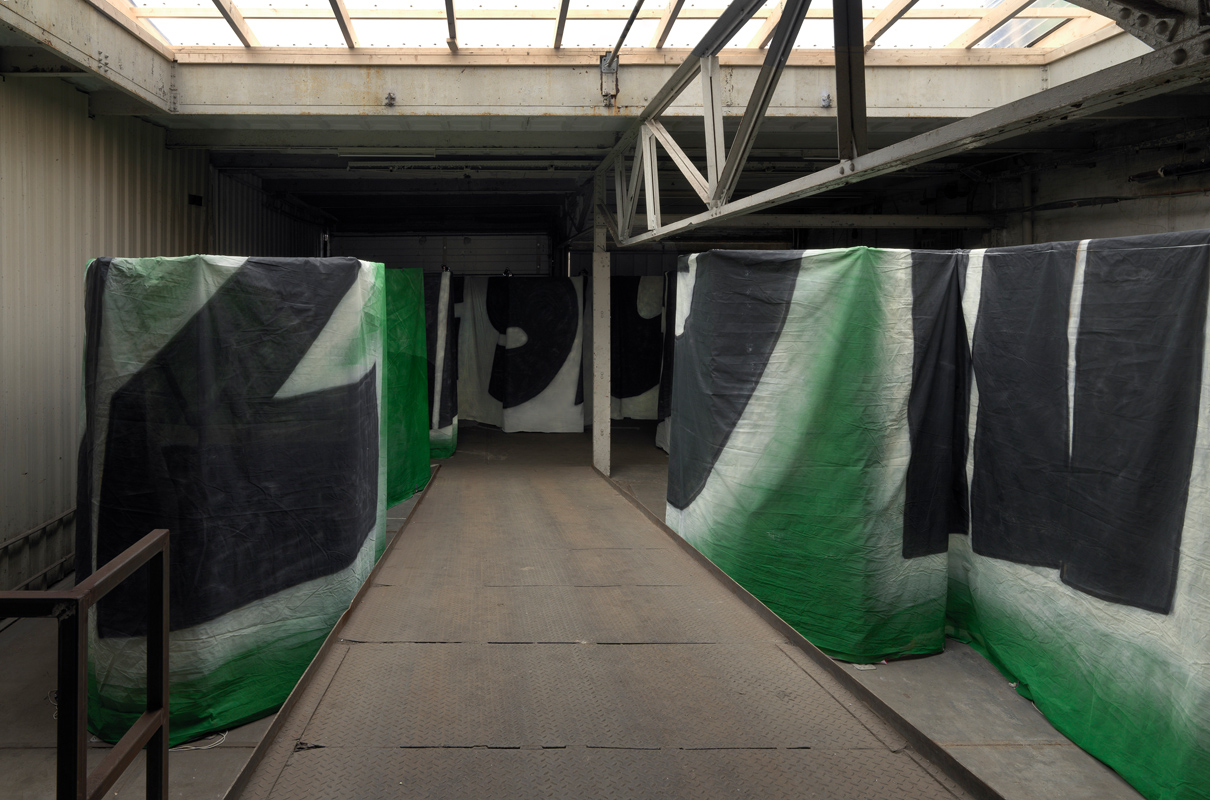 Then there’s Battle Mech & Sovjet Bot by Jelle de Graaf. Two enormous robots that are constructed entirely from waste material, which one can climb in and operate. I mean, this is what playing with Bionicles or Transformers used to feel like to me. In similar interactive manner, you can impact a virtual world by merely looking at it. In Incremental God by Saint Machine & Sergiu Negulici, you guide, transform and mutate a figure with your emotions – as read through a camera. “The accumulated emotions of the onlookers determine the growth or decay of the digital environment where another observer lives” 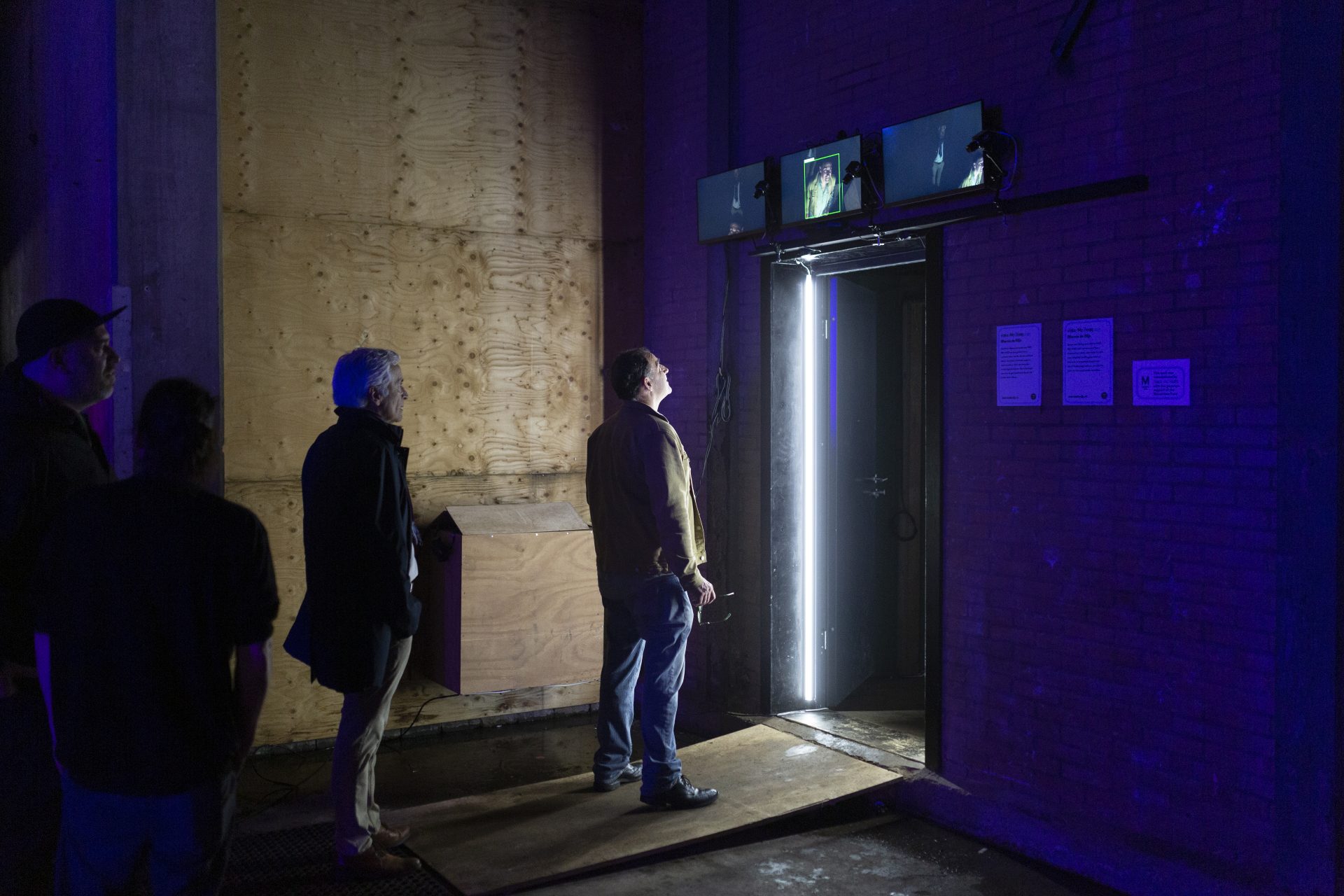 This is merely scratching the surface. FAKE ME HARD is immersive and feverish, yet seducing. As if the warehouse got infected with hefty malware and you can’t help but click a pop-up ad. The small-sized screens we surround ourselves with chugged a bucket of steroids and grew to colossal proportions. They’re taller, louder and heavier than you and your own thoughts. Maybe you’re the number now? Shutting down isn’t an option anymore. We’re past the point of no return. What’s there to be done is talking back and voicing our desires, before being run over (or stomped, by one of those bots).

FAKE ME HARD is on from June 30th until August 15th at AVL Mundo in Rotterdam. Get your tickets + more information on the artists here.