We ask our favorite artists to curate a personal profile of tracks. A list of music that captures who they are, and why they do what they do.

Soundscaping deep caverns and elusive sonic utterances. Fluttering across genres. Merel’s mixes are tethered to her roost in the experimental Dutch West Coast sound and Intergalactic FM. Catch her every other month on Red Light Radio or at her residency slot at Garage Noord. 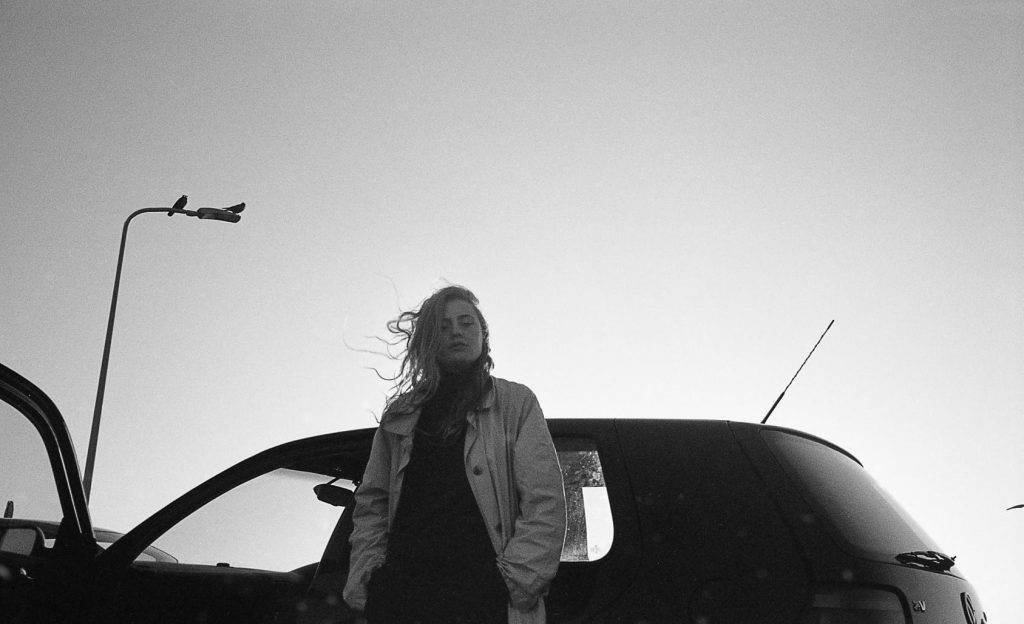 A track that reminds you of your teenage years.

I started to listen to electronic music at quite an early age. I think it is very natural for most youngsters to listen to bands at first and later they discover electronic music. For me, it was actually the other way around. In my early teenage years, my mother was suffering from cancer and for me searching, playing and go to parties with electronic was literally a way to go to an alternate reality where I didn’t have to worry. At that time a listened a lot to Aphex Twin and Boards of Canada.

Something that surges and crackles with power.

This is a track from a Polish producer. She made an amazing album: Undone. This track screams fire. I really like the almost hardcore touch that’s in it. Perfect to switch from 85 to 170 BPM.

A record with a sample you adore.

Peter Christopherson former Coil member started this new project in the early 2000s: The Threshold HouseBoys Choir. It’s relied on computer-generated vocals. Of course, it’s great, but you expect nothing less from an ex-Coil member.

A track from a set you saw recently that truly blew your mind.

I had to play at Zone Disco Autonome Festival in France. There was a lot of great music but Vicky Wehrmeister also did a live set. She’s an amazing artist that you might know from Toresch a project (with Detlef Weinrich and Jan Wagner). This track also has her incredible vocals.

Something that defies categorisation.

I think there is a lot of interesting music coming from Kampala Uganda at the moment. Labels as Nyege Nyege tapes and the sister label Hakuna Kulala are definitely pushing boundaries. Slickback is one of the artists that released on it. I think it’s amazing how he pushing boundaries in his music. Overall it’s really rhythmic but it has also some influences of dancehall, hardcore and more industrial and abstract sounds. Definitely recommended.

A precious gem you unearthed at a record fair or store.

I found this album recently at a record store. It’s published on Ideal Records, which is a really interesting label. The album has a kind of ambient and abstract atmosphere mixed up with breaks and even some trappy and cumba vibes in it, super cool!

A song that’s been lost to the ages and needs to be heard again.

This band is one of my favourite progressive/psychedelic/cosmic bands from Japan. It has some parallels with Pink Floyd and Tangerine. The album was made in 1977 and it is great, so I was really happy that I found it. Skip to 2:00, although the whole album is nice.

Actually, I heard you learnt to dig for old records via your dad, who deals in antiques. Can you dedicate a track to him?

Laurent Petitgrand is definitely in my list of favourite artists. He did beautiful cinematic stuff. Further his collaboration with Geins’t Nait (!!) that is really amazing. I’m happy that two labels I love – Offen music and Editions Gravats – did some release from them. When I was answering the questions of this interview I was at my father’s place, he is mostly into classical music but he really liked the music of Laurent Petitgrand. This song is from the documentary: The Salt of the Earth.

Something with a transcendent build.

A track for the crux of your set.

This one is difficult, because every set for me is so different, how and what I play really depends on the context. But I track I play really often in the middle of my set is of Jasss’s album Weightless. The whole album is great but the track: ‘Instantaneous Transmission Of Information’ has the possibility to let you go in different directions. The drums are suited for a more rhythmic set but on the other hand the synths give you also the possibility to go darker.

Summarise your DJ moniker with a song.

Haha, I had to laugh about this one, let’s say I’ve never had the creativity to come up with a fancy DJ name, so I used my normal name. So this is a beautiful song from the Merel in May 2013. Magnificent animal.

Catch Merel on the 28th of September at Horses in the Void #4, Garage Noord, Amsterdam. Free for Subbacultcha members.