Ariel Pink! For Crying Out Loud

Interview by Brenda Bosma.
Photos by Todd Cole
From The Emotional Issue, June 2010.

Ariel Pink’s new album Before Today is released this month on 4AD. The Californian cult hero is considered the great-grandfather of the warm and dreamy glo-fi movement – a perfect catch for the emotional issue, we felt. But what does the man actually think about Walt Disney, star signs and marriage? Read it and weep. 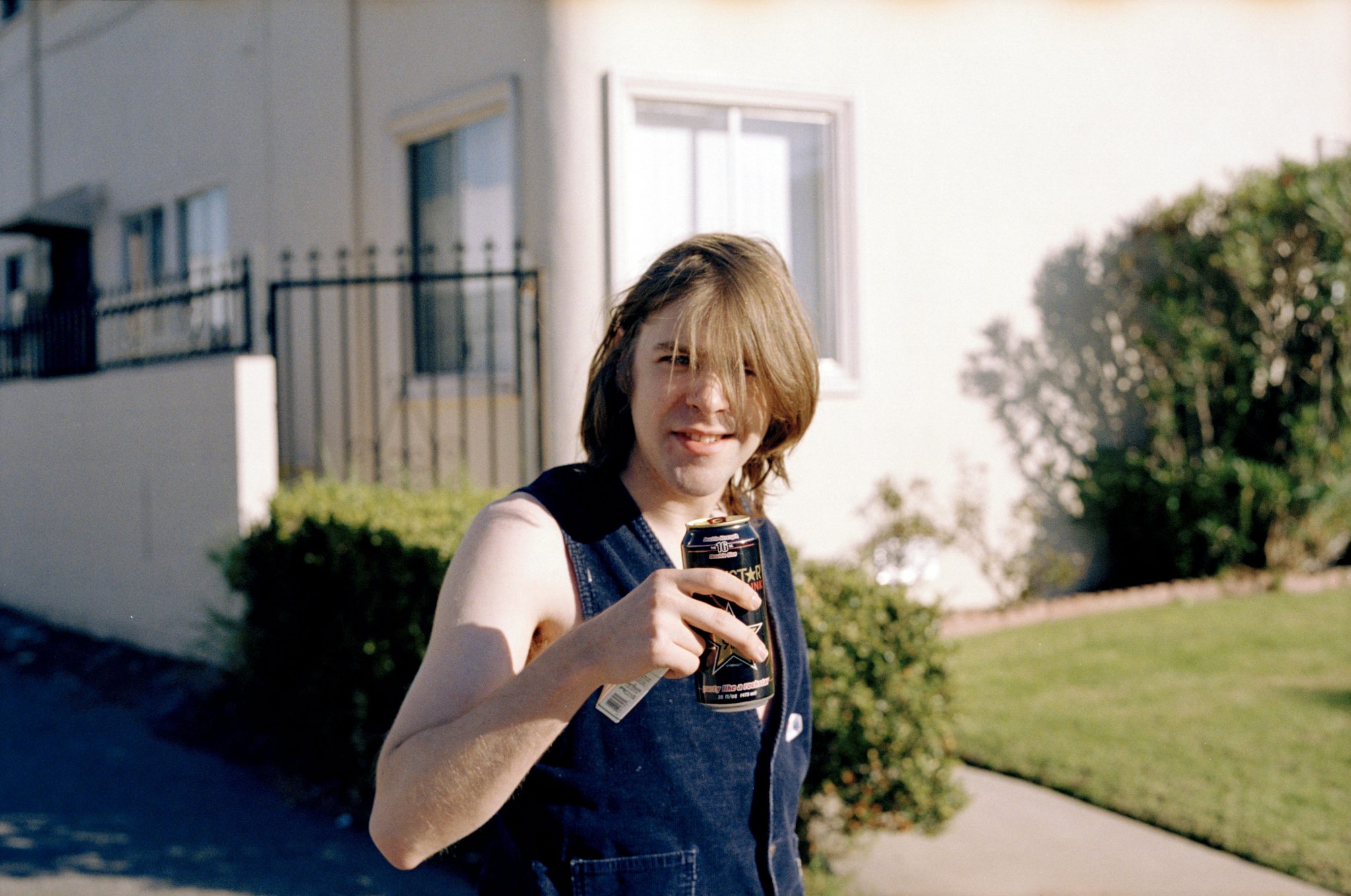 So, let’s talk about emotions.

Nice! I have a very, very, VERY high emotional IQ!

Ha! So maybe this ain’t going to be a failure after all. But why did I cry just this morning? I cry a lot when I’m in the shower. It’s more effective that way, or maybe just a little less emotional. I don’t know.

You think so? I reckon I’m also going to cry right after this interview, ’cause you will either hang up or
your battery will die, or worse: my internet connection will confirm it sucks the ass.

Okay, what are you wearing? No, that’s not a good way to start. Let’s do it again. Nice to meet you, Ariel. Where does your name come from? Does it have something to do with that Disney movie about a ginger mermaid, because I read we are from the same generation?

Yeah, it was like a very bad dream where you were chased by Dracula and then you’d trip and fall and fall forever.

Obviously Brenda, we are not from the same generation. It’s ancient, from the beginning of time. It’s pronounced as ‘R-ie-elle’. Isn’t that like an angel or something?

Wow, that brings a tear to my eye, but quite possibly, yeah. My first thought was that Ariel was a made-
up name for your band, and it maybe had something to do with the font like Comic Sans or Times New
Viking (si-hic!). Do you like fonts?

I like Arial fonts of course, with bold caps. And Courier is also a favourite.

So, no Disney for you then? But as a child, did you watch any or were you disgusted by all the happiness?

No, I watched The Little Mermaid, but I like Cinderella the most. But that’s just me. It’s the best animation. It’s a sheer piece of art; the way it was made and all. For example, the expressions are so expressive while still ‘cartoony’.

When I was a child I also watched a lot of Disney. I remember seeing Fantasia on TV and I was truly frightened by it.

Yeah, but wasn’t that some sort of introduction on a video? It wasn’t a real feature film, right?

Hmm, well I just remember my hero Mickey wearing an ass-masking dress. That changed something in my perception of men. And also that he wasn’t in a space/time-continuum that was familiar to me.

Yeah, it was like a very bad dream where you were chased by Dracula and then you’d trip and fall and fall
forever.

Yeah, it really stirred up emotions of anxiety.

I’m overflowing with emotion in music. It’s too much. I actually want to be a robot.

That was my first cinema experience, but it didn’t quite frighten me as much.

Mine was Dumbo. I like that little elephant. He was the best. It was pretty scary though. What about The Secret of NIMH? (starts singing ‘Somewhere Over the Rainbow’).

Stop it, Toto! You’re making me cry. Okay, enough about the mermaid.

No, let’s talk more about her. I also like the hermit crab. You know I’m also a crab in a way.

You’re a Cancer, I know! You’re into zodiac signs? I read on Wikipedia that you are married. What sign is your wife, if you don’t mind me asking?

So you’re going around, not meeting any girls in that special way, because you know, everybody reads Wikipedia, and what’s stated there is nothing but the Truth.

I have another girlfriend. I was married for a very short period of time; we had it annulled. Then it was on the Wikipedia thing. I think that she was the one that put it there! It even has its own paragraph.

So there’s outdated stuff on Wikipedia. They have to update it then, to add a paragraph about your divorce.

Yeah, well, I tried to talk to the Wikipedia guys and get a rectification, but they threw me off. The moderator seriously said to me that she wasn’t sure if I got my facts straight.

A couple of hours later… 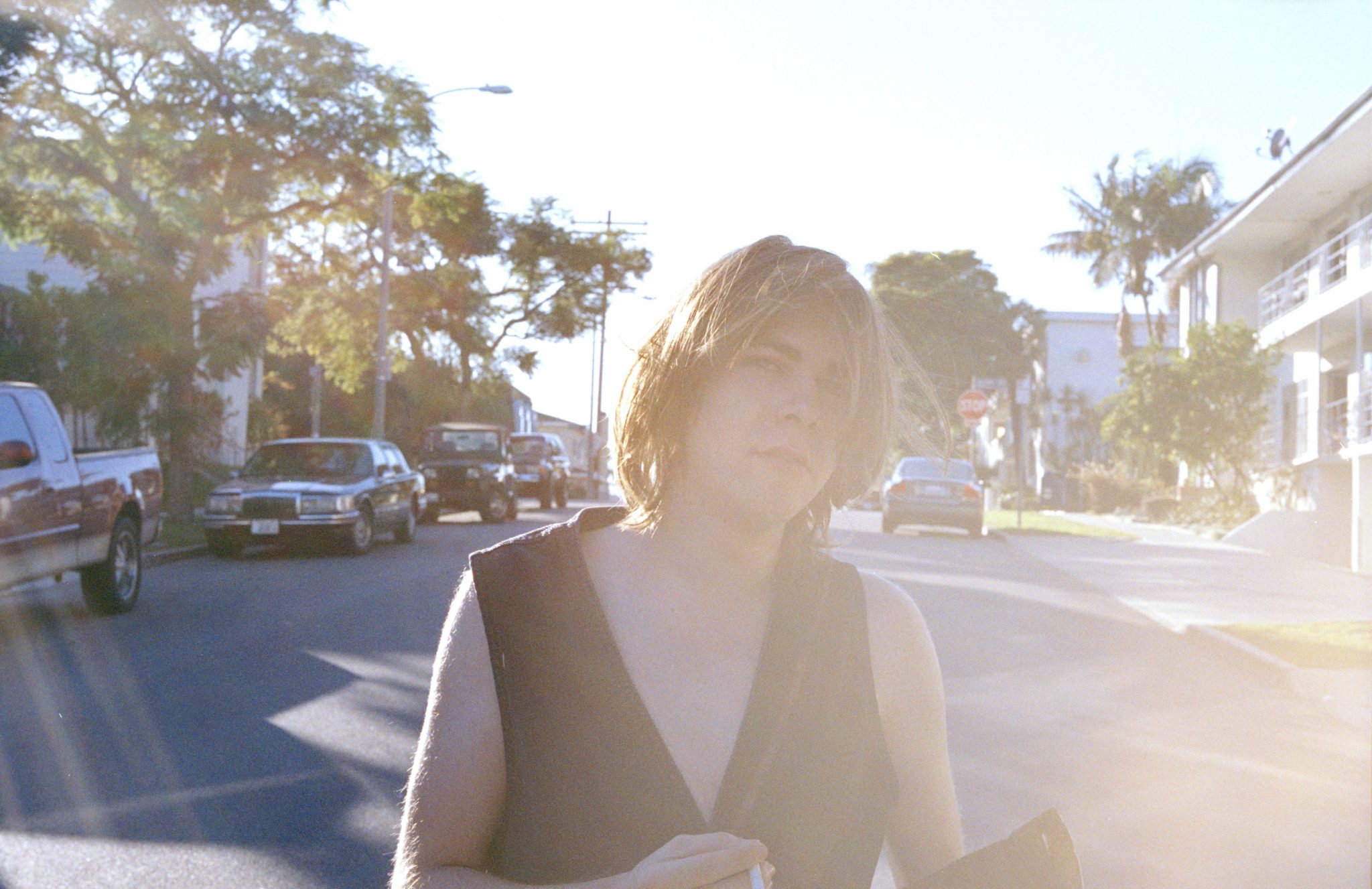 So we got disconnected. A foreseen failure that was obviously written in the stars. But I didn’t cry! Did you weep, emotional Cancer-inter-locutor?

Haha. Sorry, what was that?

As you said earlier, you have a very high Emotional IQ. How does that translate into ordinary life? And do you cry when you see a puppy stumble over his own little paws? I know people who do.

My music is very therapeutic, and that’s why I’m not so emotional in my regular life, ’cause I’ve sort of covered that part in music.

No, it’s not like that. I took this online EQ-test once. It’s not like it’s totally 100% accurate. I mean, it’s easy to cheat. If you know what you should be doing, then that’s pretty easy. In my mind I follow these steps… I mean, I don’t punch the wall randomly. In short, my emotional life is very much in control.

That’s good to hear. So then you won’t get mad when I tell you that I once got this burned CD from a friend that had the song ‘For Helen’ on it. I thought it was so romantic for him to give it to me. Now we aren’t really on speaking terms anymore.

Yeah, it was meant to be romantic. It’s an emotional song. I’m overflowing with emotion in music. It’s too much. I actually want to be a robot. As a matter of fact, I want to be as unemotional and calculated as Devo. My music just drips with too much emotion. I definitely need to get away from the emotion of emotion.

That sounds a bit like a Crowded House song. So your music also has a therapeutic side to it. The artist’s life vs daily life. But maybe we shouldn’t get into that right now.

Yes, my music is very therapeutic, and that’s why I’m not so emotional in my regular life, ’cause I’ve sort of covered that part in music.

It seems to me you carry a lot of the world’s weight on your shoulders, but fortunately you have your channels for it. I’m glad you did not burst into tears during this interview. That would have been very awkward. Thank you, Ariel. See you in the Nieuwe Anita and take care of yourself.

Bye! And please set the record straight for me to the Dutch-speaking people of Europe. I approve of everything you say.