Not often do we get the pleasure of harboring an undercover indie rock star in our neck of the woods. Beyond being a dexterous multi-instrumentalist and deep thinker, Tim Koh boasts a musical CV just shy of two decades, having performed and collaborated with the likes of Ariel Pink’s Haunted Graffiti, Gang Gang Dance and even venturing into surf film with Connan Mockasin. Now turning a leaf and finding his way in Amsterdam, Tim Koh is debuting his solo project. Onset by the first time he casually dropped by our old office at Da Costakade, we delight in the opportunity to host one of his premiere solo performances, at the heart of our community: this year’s L.A.N. Party. We caught up with Tim Koh in the midst of a life-changing moment to reflect on space, place and time.

How are you today?

I’m doing well, I just ate at my favorite restaurant, so I’m feeling pretty good. It’s a Vietnamese place in Chinatown. It’s not fancy or anything, just a little hole in the wall but it’s the cheapest, best pho! I eat there every day (or try to at least) with my friend Shags. It’s healing, comfort food with which we both concur as best.

Where are you at the moment?

I’m in Los Angeles right now visiting some family. I’m from LA and I’ve lived here for most of my life. For the past couple of years though I’ve made Amsterdam my home. I’m starting to find a nice community of people here like Subbacultcha, Red Light Radio, Red Light Records, Sandberg Institute, they’ve all been so open and welcoming. I’m grateful.

You’ve moved around the world quite a bit, living, touring and travelling. How does that influence your creativity? You must encounter so many experiences, which factor into your music.

I’d say it plays a big effect on me as a person, but not always in my creative process. I draw often from little situations or moments that are happening around me to create some sort of narrative, but somehow my core ideas are always drawn from the memories of my youth and of Los Angeles. I guess the attitude it provides is what I’m more drawn to.

What’s the most profound influence on you through recent travels? Can you share a story?

Watching someone die and take their last breathe, and they also happen to also look like you, wow. That was a pretty profound experience. You’re just a different person from that moment on. I also was never so into Bob Dylan and one day I heard a song playing in the background, I didn’t know who it was, it sounded so good in that very moment. It was Dylan doing a cover of Woody Guthrie. I remember thinking, ah, I see why people like Bob Dylan! Also remembering that any sound has the potential to be musical. That was a nice thought I had the other day.

Apart from physical journeys, your musical one extends close to two decades. What are some major turning points that explicitly stand out within this journey?

I’m often alone here so I find myself more calm, more time thinking things through, working on myself.

First off, playing with Ariel (Pink) has been a dream come true and life changing. I’ve really grown so much through that whole experience. I love him and his music so much . My collaborations with Gang Gang Dance and Prince Rama have also been such a wonderful, familial interaction. I spent an evening in Barcelona once sitting with Mayo Thompson; it was his birthday. He told me lots of life stories, from then on I thought about music differently. Same with Don Bolles, he’s like my life coach. He always says profound things to me but they’re super funny and they stick with me.

How about living in Amsterdam. I imagine it’s been a change from LA in many ways. How does the change translate to your music, or does it?

I find it does do something different to it, definitely. I guess I don’t have the big umbrella of other bands/artists and all this coolness hovering over me like LA or NY does, so there’s less pressure of course. I can just be more in my own world over here. It was not easy acclimating into the culture and the climate the first couple years but I’ve really grown to love Amsterdam so much! I don’t like the gentrification of course, but I think there’s still some ways around it and the city is really open-minded and free if you’re around the right people here.

Has the change of scenery had a major impact on you personally?

So much! For instance, I’m only now getting used to the weather here in the Netherlands. It’s always grey and cold, rainy… I wasn’t used to that at all. Sometimes, even that alone affects my mood a bit and also all the cultural differences. It’s been hard to choose what to sacrifice. As a foreigner, you’re kind of stuck in the middle, not sure if one should give up their own cultural identity to acclimate into another society, or hold onto your own cultural identity and not be integrated into the society that you live in. Know what I mean? I’m often alone here so I find myself more calm, more time thinking things through, working on myself.

Have you encountered something recently, a person, a book, a piece of music, a revelation… which has altered your perspective and what you believe in?

I like to think that I use time as material.

I know this man, he’s always in all blue and wears big wooden clogs. He has E.T. encounters. We often talk about the universe and the ‘heavenly mother and father’, Book of The Dead, etc. He’s informed me that E.T.s can stretch around their back and all the way under their legs and blow themselves. I’m told aliens are super sexually mischievous.

You have one track on SoundCloud, titled ‘Covered In The Moss Of Time’ – is it fair to assume that you’re behind the whole production, instrumentals and vocals?

Yes i did it all. I don’t have a band out here in Amsterdam, so I’m forced to play and record all the instruments solo.

What’s the inspiration behind the song’s title?

Most things I talk about have some strong relation to time. I like to think that I use time as material. The title has some relationship also to Lautréamont and the Surrealists, also to mortality and the self. I tweeted it one day and like it as a title as well so I used it.

The song seems quite personal based on the lyrics. Thinking of personal vs. fictional music, how important is each to you?

That’s a good question! I guess at times I may use things from my own personal experiences to create a story to follow or something to relate to as a listener. All work is inherently personal of course, because you’re making it. But the stuff I’m doing is not auto-biographical or some exercise in self expression at all.

Your blog LAMARABA lists cosmic forces, electric shocks, far away mountains and cats as interests. Can you throw some light on the importance of these things for you?

I believe in energy and things should be mysterious otherwise life would be boring. Solitude is something I long for and hate. Cats are what I’d like to become in the next life. LAMARABA BLOG is still breathing… 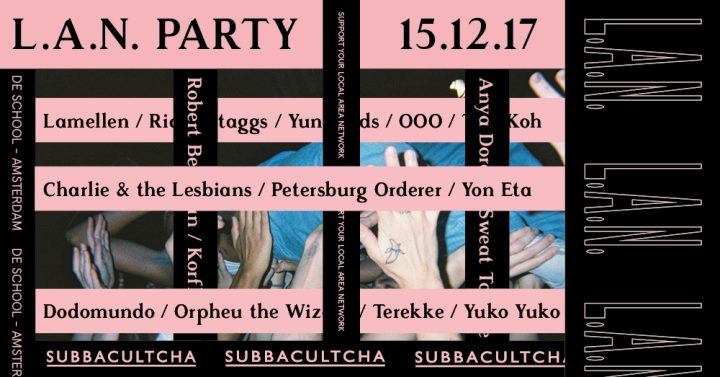 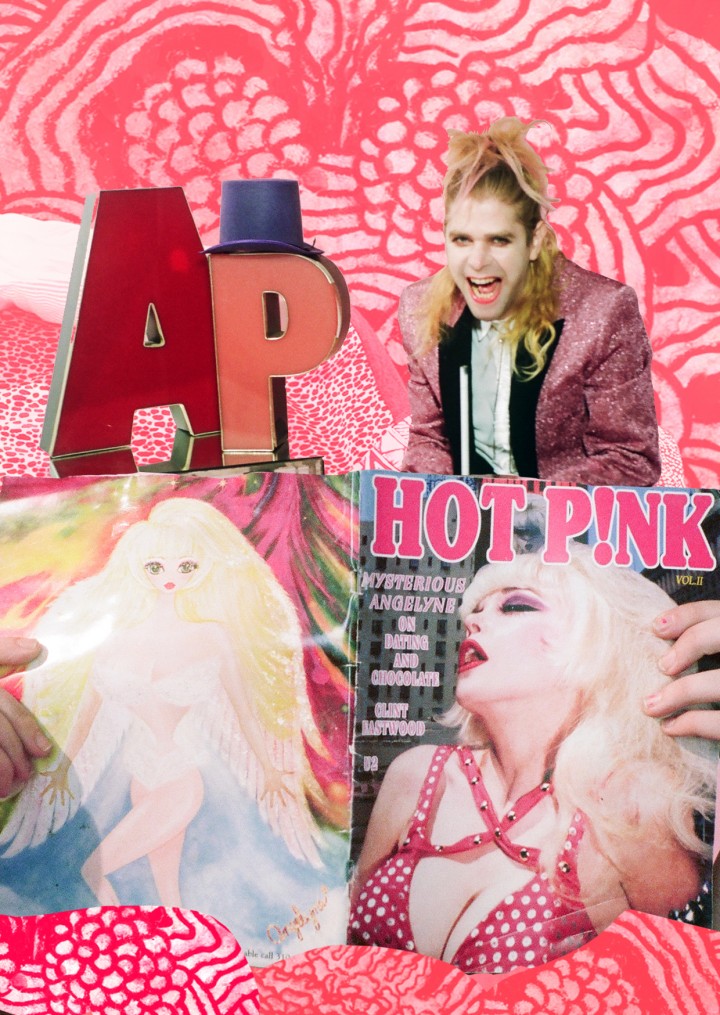