Ever the eccentric, Ariel Pink divides opinion and spurs controversy. To some his latest album pom pom is a brazen testament to all things weird, to others it’s utterly infuriating. Whatever the case, know that Mr. Pink isn’t easily offended, and don’t expect any apologies either. Because in the grand scheme of things, it’s probably not that big of a deal. So put out what you want to put out and let those darlings be.

Are you familiar with the phrase ‘kill your darlings’?

I don’t kill anything! What does it mean?

And as a figure of speech regarding the things you make?

Actually, I’m so fine with everything I put out. Obviously my quality control is very low. I love putting out. It’s wonderful. I don’t think of it as that big a deal. I also don’t think about quitting or throwing in the towel. Never.

You never have feelings of frustration?

Only in interviews when I’m expected to answer questions that they already know the answer to. Then I have to think about ways to make it more exciting, you know.

I feel like a tool right now, but continue.

Do you ever regret anything?

No! Well, I regret getting married one time. You know, I don’t spend that much time thinking about things that I don’t like. I used to do that a lot when I was less confident, but I’m always open for a good argument. When somebody convinces me that something else is better than the way I see it then I’m happy to consider it. I think that’s the only way you don’t die. I don’t know. Everybody that has some sense of autonomy probably knows what I’m talking about.

The only time it gets tricky is when you harm others.

Right, and I haven’t had any kids yet, so. The extent of my harm is only for people that deserve it.

Who are some of the people that deserve it?

My mom, Janet Jordan and Jeff Beck and anybody else who happens to cross my path.

What about feeling sorry for yourself?

That’s my ground state, that’s the gasoline. Whatever kind of hang-ups I have, it’s the breast for my milk. If I’m insecure about something, I attack it – except for that monster death, of course. Every other monster is easy to face. When I feel my blood start to pump a little harder, like a nerve is being hit, then I must own that feeling, so I lunge at the thing, I question it till the cows come home to roost, until it breaks, till the insecurity breaks. There’s very few things that scare me now.

Sounds like the ultimate gateway to… I don’t know.

‘Obviously my quality control is very low. I love putting out. It’s wonderful’

Yeah, to a potentially healthy, functional, monogamous relationship with a real person.

Is it good so far?

I enjoy myself all the time, nothing can get me down. If the person starts to get me down, I know it’s them that is getting me down, and they have to take a hike. They have to make my life better than it is right now.

Does that make you lonely sometimes?

No, I love myself. I’ve been single for four years, I feel like I’m on a roll, I couldn’t be happier. People don’t give themselves the opportunity to be by themselves for a very long time and spend their twenties trying to act like adults and step into relationships and have kids and so on. That doesn’t make sense to me. I can have a kid when I’m 70. I checked that.

What about being a sex king like you sing in the song ‘Sexual Athletics’?

That wasn’t me, Kim Fowley wrote those lyrics. I just wrote the part ‘All I wanted was a girlfriend all my life’.

Yeah, I am disgusting.

I believe it’s Jamaican for pussy. The Urban Dictionary says it’s a certain thing gay people do, like a tea-bagging kind of thing where you put your balls over someone’s eye sockets. My friend who did the artwork for the record insisted that it be called that. He’s gay.

You were easily convinced?

Yeah, I trust my partner, you know.

Do you have a motto you live by?

Yes. The world is made by parents, for parents, by parents, for parents etc – not for somebody to be happily married to their significant other and have other people acknowledge it and that stuff. I think the only thing that matters is that you procreate and make babies, the rest is just bullshit. We’re so caught up in the bullshit, we don’t even think about procreating. We should stop thinking altogether and start procreating. There’s a war going on right now and we have to just kill everybody, kill off all the killers. There’s no reason why we should be alive. Anybody can kill us at any second. We’re not special – we’re unique, I suppose, but the point is, it’s just because they kept us alive, you know? They’re playing on our feelings of guilt, so we can just blow them up, like they could blow me up.

That’s something other than trying to be the best version of yourself.

You know, people can respect authority or their parents… I mean, there might be things in this world that they don’t understand right now, but they will later. It sounds tacky to say that, I know, but it will come, leave it alone.

I’ve always had a very strong connection with older people, because they are the boss, they are intelligent and manipulative. They rule everybody with their intimidation tactics.

Oh, so many times, I should start my own support group, I’ve been raped and misguided and brainwashed so many times.

It’s just getting penetrated from every orifice, it’s not that bad. At least they didn’t chop my head off. Expect the worst and hope for the best.

He’s a Jew, just like me. It’s perfect. Jews are very old and wise. You don’t understand it necessarily, but that doesn’t mean it’s not there for a reason. We should respect that. And are we going to attack the police? No! Just act like you’re scared when they pull you over, that’s wiser.

And just take it easy and put a soft compress over it and it’ll be fine. And also, Madonna and Grimes are fine too, I love them. They are beautiful, saying that and thinking about wanting their bodies doesn’t make me a misogynist. They should honour my soul and look at me for the person that I am and feel the pain of how they’re objectifying my personality, it’s gross. I feel so used.

Oh yes, that sounded like an interesting collision. It was on the Internet.

Yeah, and that’s when babies are made, when two people come together. It is hurtful, but sex is hurtful. That explosion creates a baby, a beautiful thing, but it’s so painful to get there. I’d make a baby with both Madonna and Grimes, whoever comes first. But I don’t want anybody that doesn’t want my sperm for what it is, which is just for my DNA. I don’t wanna be a dad just yet. 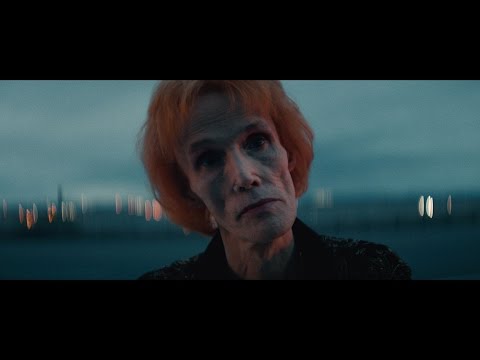 Ariel Pink goes dark and bittersweet in the video for 'Dayzed Inn Daydreams'. Depicting scenes of the everyday life of 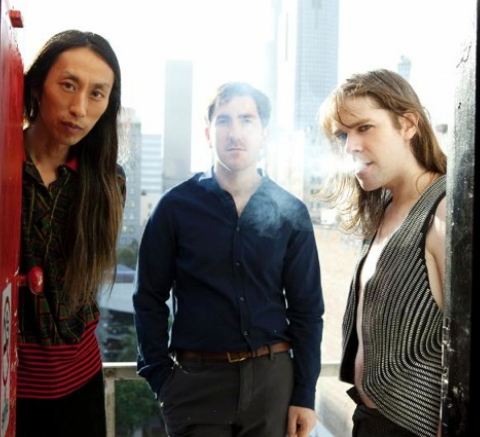 Another Ariel Pink collaboration! Hot on the heels of his duet with SoKo, the psych-pop weirdo teams up with Jorge

Ariel Pink’s Haunted Graffiti – Only In My Dreams

Ariel Pink has released a new video to promote their latest album Mature Themes that just came out on 4AD. The video