Ben Frost is at his home in Reykjavik, his kids are expected home shortly and our phone line is acting precarious. Frost is known for his neo-classical, industrial and experimental compositions, always challenging themselves with big stories like 2014’s dominating AURORA that dissolved listeners into cosmic chaos or his recent operatic adaptation of The Wasp Factory, Iain Banks’ disturbing novel of family secrets and gender confusion. From the start, my interview with the self-referenced ‘art-maker’ seems back to front. Frost is asking more questions than me; any I do ask often get repeated back to me – maybe in the hope I have the answer. I didn’t. Most answers avoided any firm resolutions, they hung heavy, getting reworked, retried, and then left again for another day.

Our topic is Frost’s fifth studio album, The Centre Cannot Hold; recorded over ten days by one of Frost’s heroes, America’s infamous musician Steve Albini, in Chicago. Frost plunges to anxious depths; reflecting not only recent political instability but a journey of self-questioning. With song titles such as ‘Healthcare’ and ‘Trauma Theory’, we enter into an open conversation between an artist and the world he attempts to navigate. 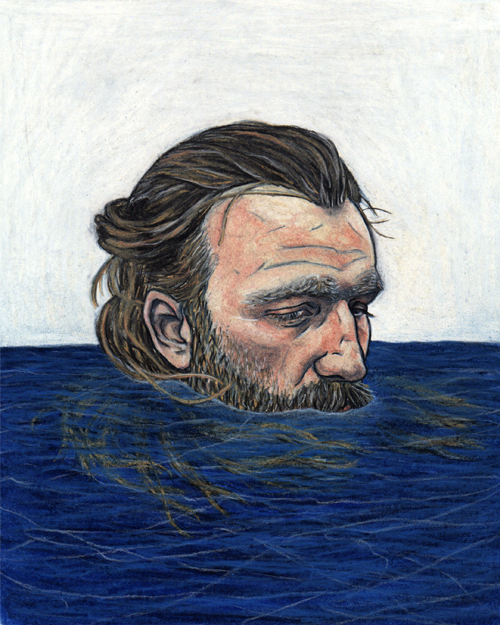 Let’s start with the DNA of the record, what’s gone into it?

The record is a product of process. Recording in America, working with a master recordings engineer, meant I could focus all my efforts into songwriting. I remember buying my first digital soundcard – a technical revolution – it meant I didn’t need to go to a recording studio and pay thousands, I could work at home. That’s probably one of the defining aspects of myself as an artists – doing everything on my own. But there’s a growing question: what happens when you start taking away those foundational aspects? What happens when you pull a brick out of the wall?

How did you put that question into practice?

By not coming near the recording aspect. That seemed to be something I needed to question – how does this work if I don’t do that? What if I write, but don’t record the music? If I put it in the hands of one of my all-time heroes? It felt like the right time to take that step and throw a bit of a spanner into the works. It’s not a new idea; it’s about challenging an inadvertent idea I’ve been developing over the years. How do I grow as an artist if I don’t challenge myself?

I genuinely felt that there was a threat to the way I would like to move through the world.

What’s been the result?

It’s still very early for me to really say anything with any definitive force about what the record means and if it was successful or not. It’s as honest a portrayal as I can make for now. There’s always things I would do differently: I would probably commit much stronger next time around. There’s been a lot of time between recording and now – almost a year, more in fact – that’s elapsed, and that time hasn’t created certainty on my side, the void just raises more questions and brings doubt. The title for examples – it felt more like a probing question rather than the statement of fact which it quickly became after November [Trump’s election]. I really started to wonder after the new year if I had made a mistake; giving it a name that felt definitively negative.

Does it have to have a political interpretation?

It was never intended that way, but I quickly came around to the idea that the centre in The Centre Cannot Hold could apply to this centre we are in right now – this feeling of solid ground which I think we feel collectively has been eroded since Trump’s inauguration. It would be foolish to ignore an obvious, deliberate or inadvertent way of working that takes part in a process of reflection: engaged or affected on some level. I hope there’s resolve in that statement.

When you chose the title, what were the political issues you were personally affected by or interested in?

The things that most people are dealing with right now; the permanency of states and borders, our climate, equality… all these things that are in flux. I genuinely felt that there was a threat to the way I would like to move through the world.

Where does art begin and advocacy end?

Do you experience these issues first hand at home in Iceland?

It’s a country that’s using its geographical isolation as a very convenient way of abdicating any responsibility for refugees. No-one is washing up on the beaches of Reykjavik because it’s not possible to attempt that journey. So we don’t need to address that as a society. That’s something that I, as a citizen, feel very uncomfortable about. I don’t have an answer about how to engage in that, but it’s something I definitely think about.

How does your art feed into you trying to find an answer to that?

I guess the big question for me is: Where does art begin and advocacy end? Is there an onus on me, us, the art-makers to directly engage with that? Or, by simply being an artist, that’s the job. That by filling the world with culture we are doing our part. That’s what I would like to think, but I don’t know. 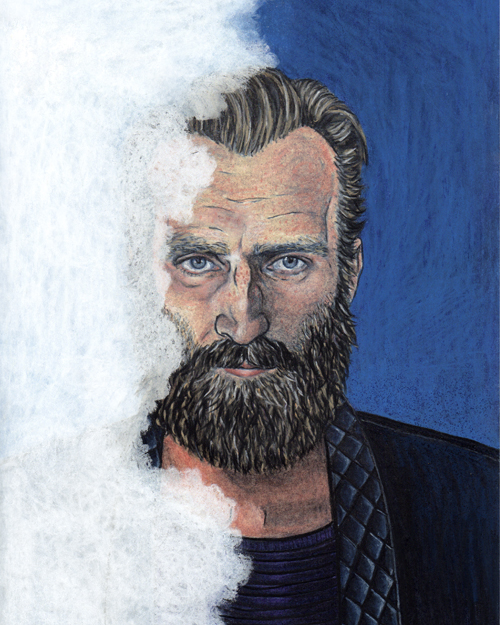 Is the album a process of you starting this conversation?

We are being confronted with an uncomfortable reality. All of these conversations have gone in parallel to making this music, but only time will reveal any definitive thought of how this all fits together. I think that I’ve tried to be conscious of the way I feel right now, but how that has erupted into the music, that remains to be seen. If nothing else, it’s honest music.

What about criticism, do people ask questions like; who are you to be commenting on this? Why is your work touching on the refugee crisis and what are you actually doing about it?

I get that. I am very conscious. Working with Richard (Mosse) – we’re a group of white men between the ages of 25-40, what do we have to say on the matter? But what’s the alternative: we keep silent? I try to stay very conscious, I think about this a lot and I accept criticism, but I also think it’s worth us taking that risk and using our art in this way. The event we held together at the Barbican [on the refugee crisis] was one of the busiest shows they’ve had. Why was that? Why were people interested and wanting to engage with that? What did they get from the performance? We need to ask them.

Ben Frost plays The Rest Is Noise together with JLIN and visual artist MFO at Muziekgebouw aan ‘t IJ on 18 October during Amsterdam Dance Event. The Centre Cannot Hold was released on Mute Records on 29 September.

'I’m such a sucker for a three-part harmony’ 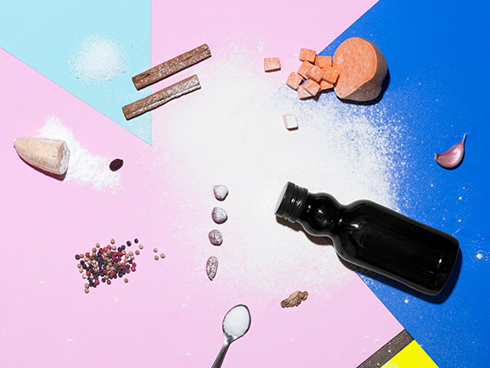 Pho soup with too much hot sauce - that's one way to describe the flavour of Blue Hawaii. We talked