In Conversations With Colin Self

It’s a sunny winter afternoon in New York when Colin picks up the phone, his voice is contagiously warm. He’s in the city for a while before he leaves for a short tour. Traveling is essential for Colin’s collaborative practice, simply because the shine of residing in a utopia tarnishes after a while if he’s not challenged by whatever creates dissonance with it. He does this by continuously straddling the intersections of performance, music, visual arts, technology and politics. There’s a curiosity and kindness that beams from Colin when we discuss singing as resistance, questioning polarizing algorithms and finding solace in meditation. An hour spent together leaves a hopeful glow that we can come together in our differences and take care of each other. 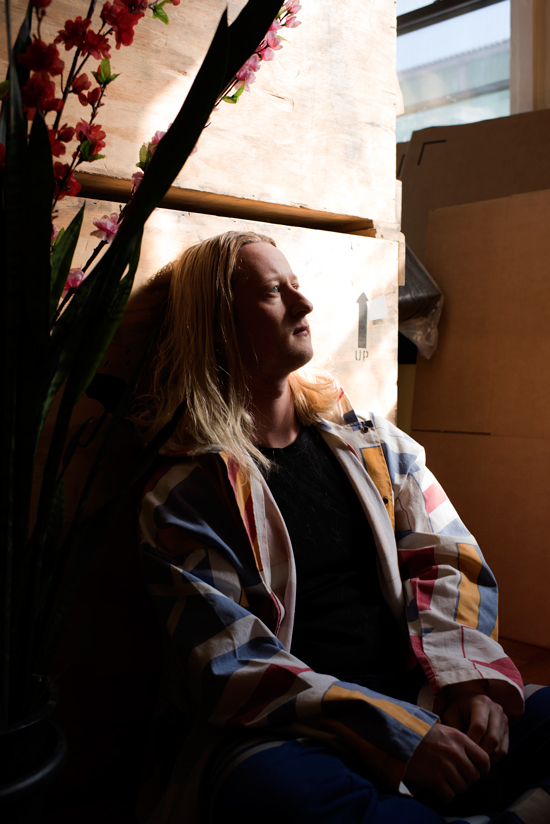 My performance for the Dutch National Opera and my short European tour. It’s in some parts a prototype for the album I’m working on that’s rooted in an investigation of siblings and how we relate to each other, especially in times of political turmoil and polarity. I don’t think I should say its name yet, but when it comes out it’ll be a very fluctuating one because of both the mode and the medium it will inhabit.

Can you say more about the political aspect of your work?

I’m interested in algorithms, like from Facebook and Google, and how they separate us based on our beliefs and interests. I’m trying to investigate the dangers of digital segregation and how we can communicate across these separated territories. The album is an extension of a relations series I’ve been busy with since 2011. The performances that I have done have always come from working in a family or a non-binary queer family as the root of a project. Now I’m starting to see how that can translate into treating media the same way. How do we create siblings that exist in mp3 form? These are the fragmented members of my family project. 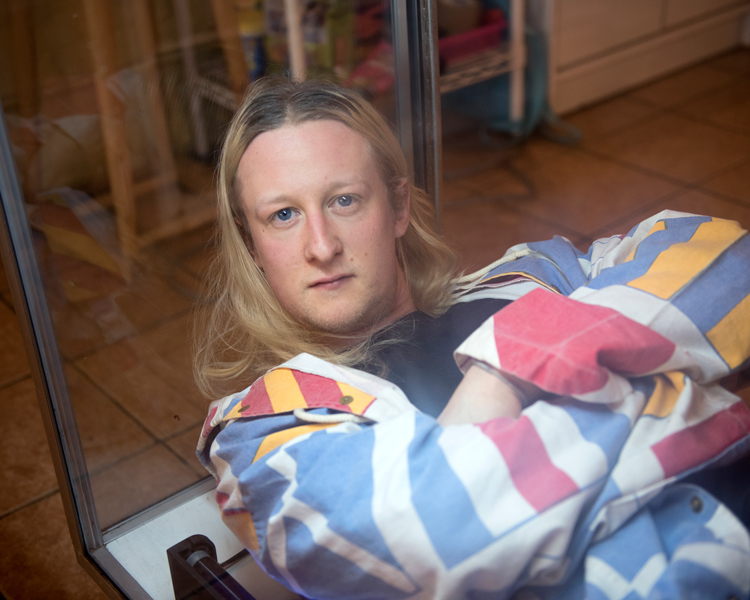 Speaking of digital segregation and sensationalized headlines, the US is facing a lot of political turmoil. What do you make of it?

I just managed to shake off a really crazy winter depression. I felt very overwhelmed by the hatred and ignorance that’s been breeding our ongoing political differences. We’re seeing a strange mutation of mainstream media offering us garbage rather than things that really matter. I think this shock that I’ve felt is because it’s got out of hand and we are becoming increasingly segregated from people who think differently to us. How much time do we spend in spaces that are augmented against our will? Are people questioning their agency and who’s giving them access to information? We become exposed to polarized views that stop us perceiving the other side as human, and vice-versa. We’re amplifying otherness. I believe a lot of the time it’s not ill will, people are victims to the powerful bubbles built around them. If they understood the ramifications of what’s been built around them, they would likely not be in support.

What helped you escape the winter depression you felt recently?

I don’t want to be prescriptive, but I think it’s important to sit with your feelings for a while and know that that’s part of human experience. The practice of mindfulness meditation has really changed things for me in this way. ‘Liberation rests on the construction of the consciousness,’ says Donna Haraway. There are certain things about mindfulness that change both your relationship to your own thoughts, and those of others, this has been beneficial to me. 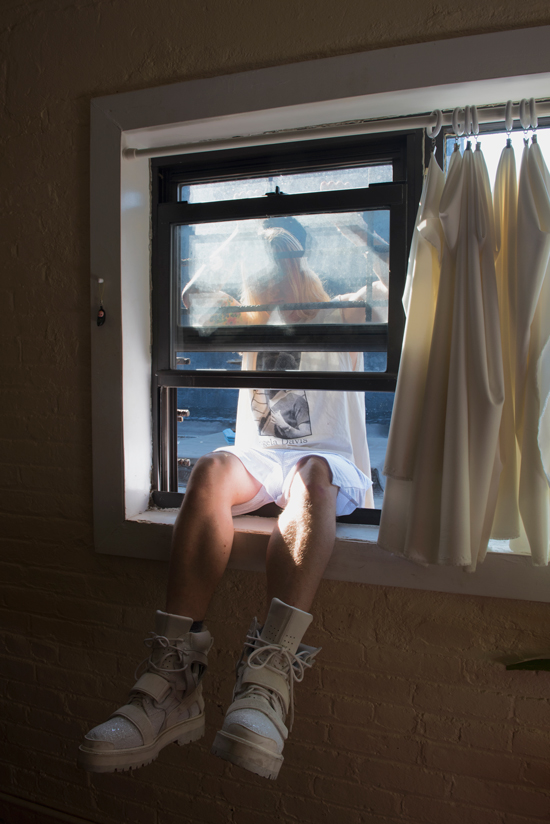 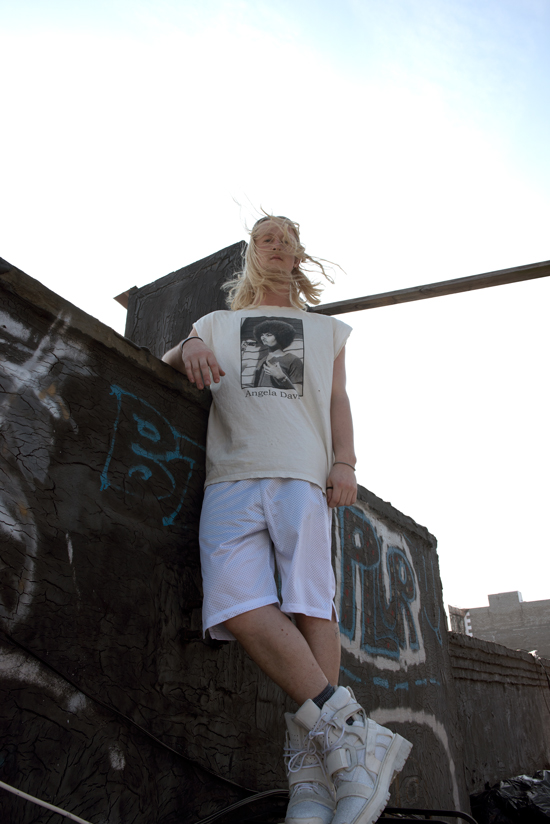 I organized a choir to maintain a vocal practice. We get together because there’s a forgotten power in the process of singing together, especially during times of hardship. I can’t help but think it’s a really important outlet for dealing with the present moment, politically and socially. Singing is a very freeing act, it lets you leave your body and touch people with sound. Two winters ago I had a couple of friends commit suicide, a lot of my friends were moving out of New York because it was too difficult to live here, it was intense. So I started “How to Survive Winter in New York”, which is a Google doc open to all, which serves as a resource for mental health and things you can do to handle winter depression. Isn’t the Internet there to make our lives better and take care of each other?

Where do you find those who take care of you?

I believe that if you live as the thing you want to live as, other people will recognize that you’re being true to yourself. People who share values will gravitate towards each other. This is where it gets tricky though, because bubbles are created this way and in them we tend to agree on the same things, we learn and discover less. 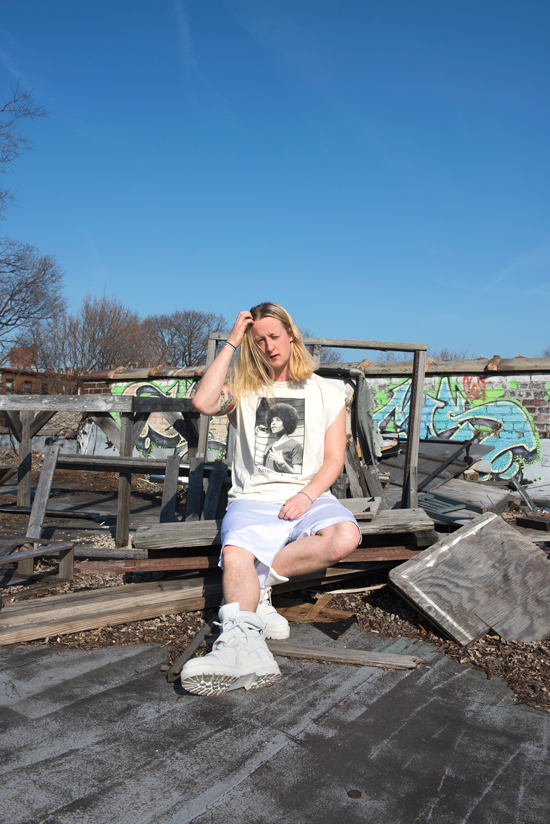 So how do you keep one foot in and one out of your bubble?

When you’re looking for your people it’s important to find those who you need to negotiate living with. Mindfulness meditation has helped me try to find ways of building relationships with other people I don’t agree with as in order to understanding the importance of difference. Investigate a contentious relationship in your life and be open about having a conversation that isn’t about winning. How can I communicate with someone that I don’t agree with?

What brings you amusement?

All my closest relationships are with people who can make me laugh hysterically. And even when I try to be super serious, I’ll always end up being a clown. There’s a collective understanding about how important joy is when living on a damaged planet! 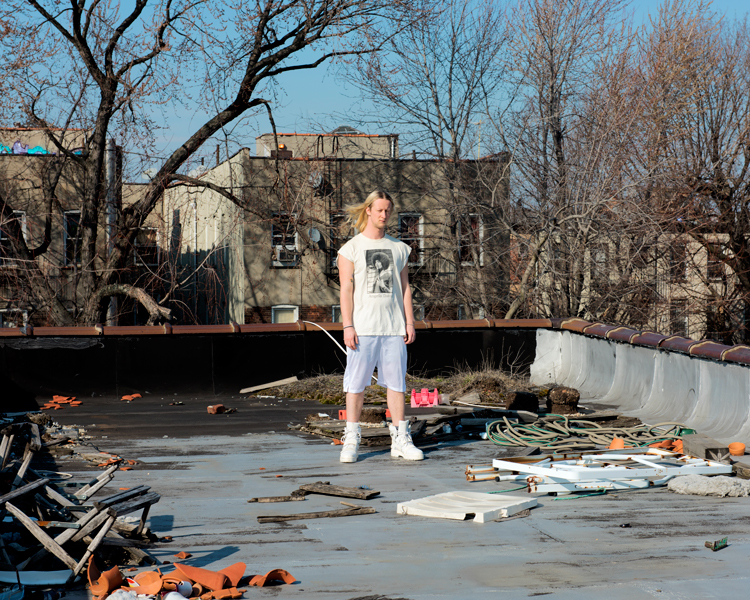 On Saturday 19 March Opera Forward Festival x The Rest is Noise present Only the Sound Remains followed by an incredible performance by Colin Self. The following day, Sunday 20 March, Colin Self will perform at Worm, Rotterdam.