An Interview with Blackhaine

Blackhaine plunges the listener in a cinematic portrait of a bleak and barren world. In composition he utilizes hip-hop, drill, spoken word, power electronics, performance art and dance as paint and brushes. Ahead of his performance at “Stone Island Presents Amsterdam“, we spoke with the artist about audience, butoh, and expression.

The event is hosted by Stone Island Sound, C2C Festival, Rewire and The Rest is Noise. The night is free for all, but requires a reservation. One can do so here. Upon arrival you will get a free drink. 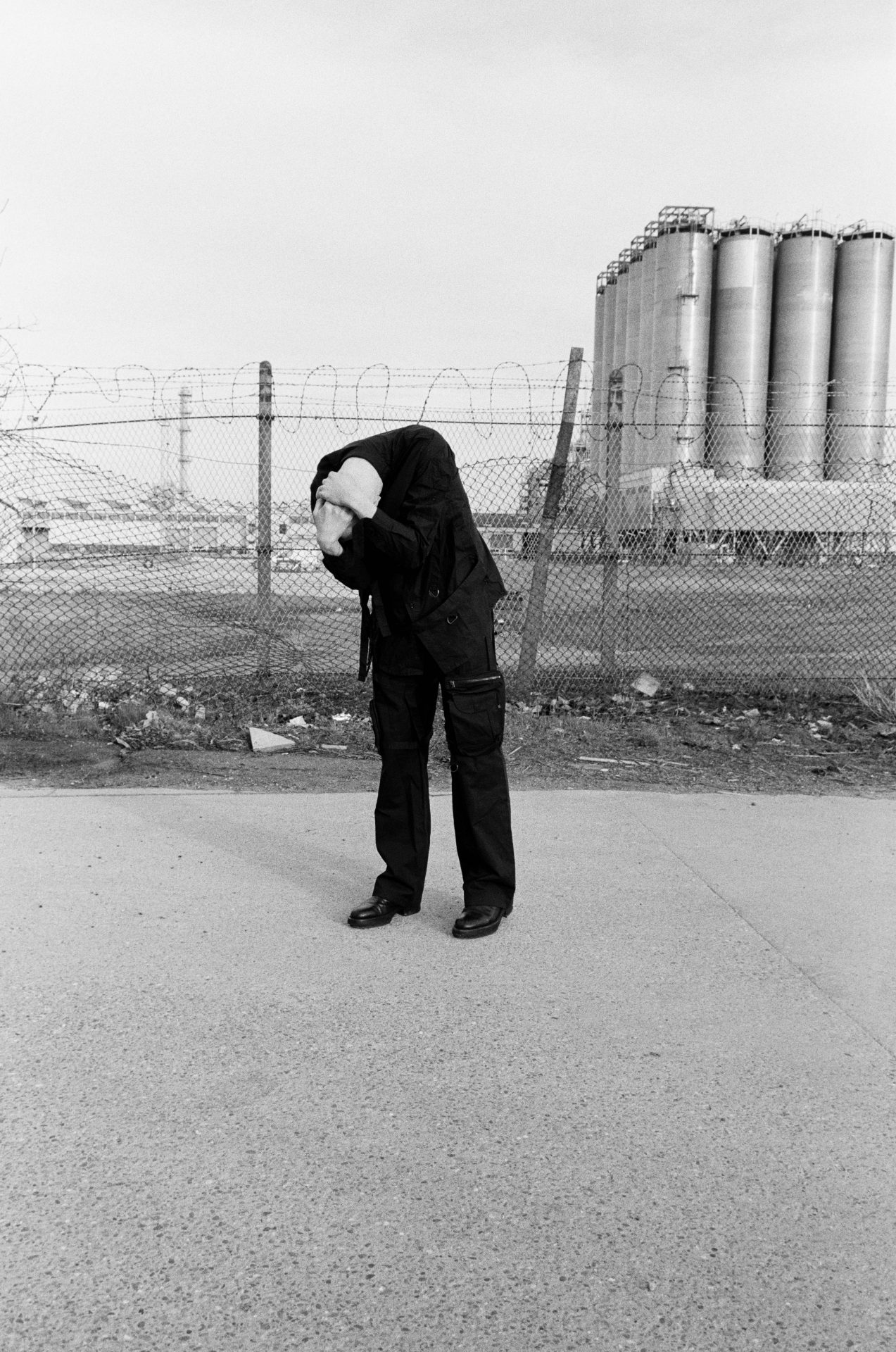 The Blackhaine project only started during the pandemic in 2020, allowing for full-on touring to only be possible in the past year. How do you experience releasing your work without an immediate audience to share this with in comparison to performing your musical projects all around Europe?

I had no expectations of getting recognition when I shared my music—it was purely release from my side. There’s various sonic resonances in the Blackhaine sound, and the crowd that comes to the shows reflect that: there’s people who listen to noise, drill, hardcore. There are people who are into performance art—it’s a varied crowd, which is what I want. The work is naturally political and from talking to people on tour those themes seem to be what people are engaging with.

When you describe your work as “naturally political”, in what way is this visible in your work?

It’s not for me to say how this translates to the audience. There are enough elements in my work to choose what speaks to you. When I was younger I read Roland Barthes’ The Death of the Author and it always stuck with me; the interpretation of my work holds more value than the intent. For me to deconstruct my work openly acts as a disservice to what I’ve created.

Have you noticed there have been very diverging interpretations of your work? 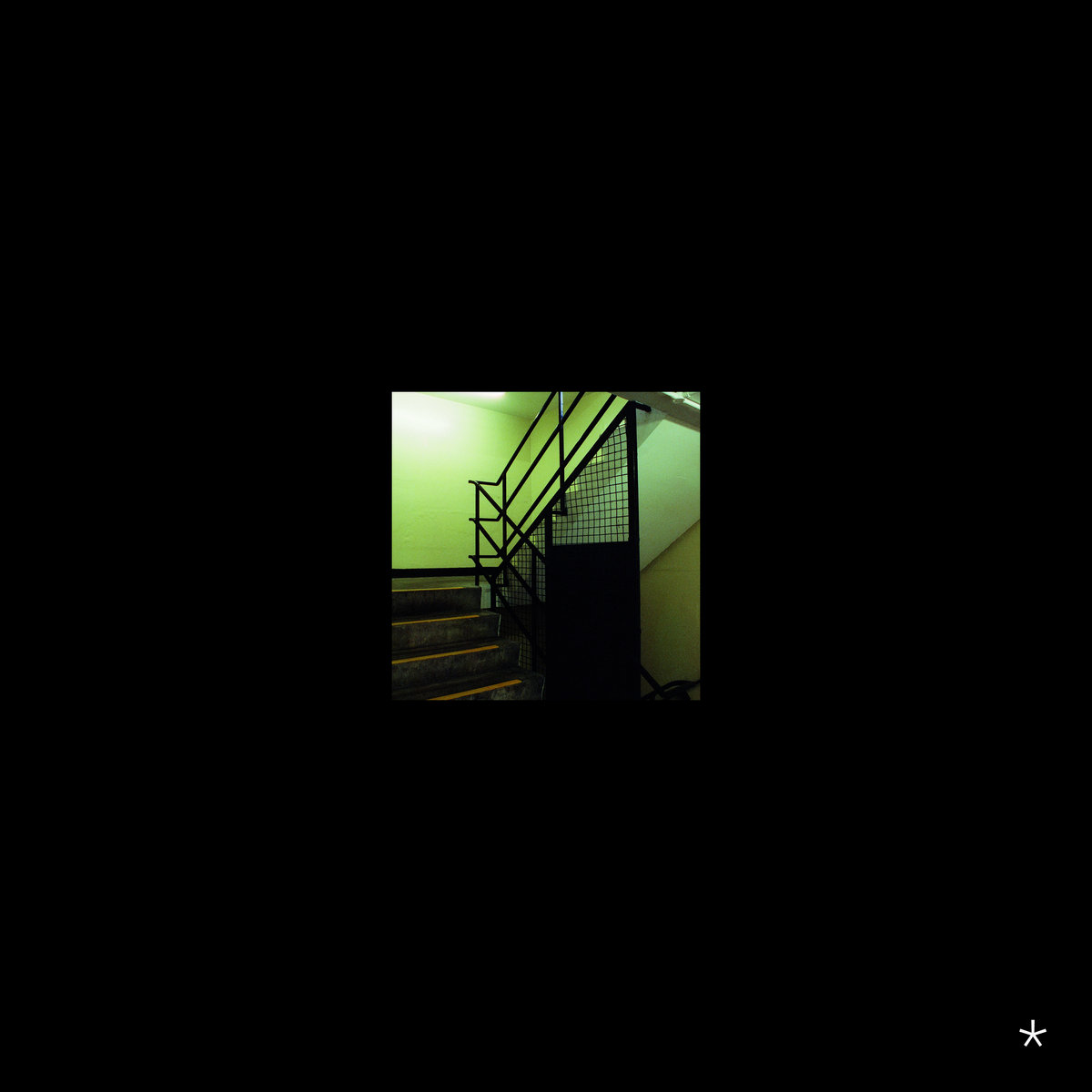 Within the music industry there are a lot things I am sick of, and I think a lot of people are too; the standard 16 bars, three hooks in a song and a few features on the record. Sonically there is a lot that needs to change. If you look at the way genres develop in the UK— everything ends commercial—underground movements either are demonized or commodified. Sounds are taken from the people who initially owned it, which eventually tears the soul from it. Some people are interested in exploring the critique of the class system in the UK and Europe in my work, but there are also others that are more interested in concepts like drug abuse or the sexual politics. The reactions vary.

Do you want to push the sonic limits of the industry with your musical works?

The intention has always been to cause structural change. I don’t think the general ideas in the mainstream culture now are interesting. This is a projected designed for that exact purpose.

I read that you take inspiration from butoh––an avant-garde form of Japanese dance theatre––what attracts you to this practice?

I was given a book that detailed the development of butoh in the 50s & 60s and began to research Kazuo Ohno and Tatsumi Hijikata. I was taking ideas from their teaching and suturing between my own impulse as a performer and starting to use this to develop my choreographic aesthetic. I liked the act of involuntary movement and wanted to spread it into a more pedestrian territory by working with exhaustion and strain. This involuntary movement also mirrored the landscape of my own experience: the spice epidemic in England. I brought this unconscious impulse into my writing as well, this is how ‘Moors’ and ‘Blackpool’ were realised.

You often use imagery of you with bruises—this can be associated with pain and decay—elements that are prominent in butoh as well. What draws you to these destructive references?

I see it as a utility to pierce numbness. In Armour II I was using decay as an ageing idea. The washed up man. The “I could have been something”. Violence as a slow act.

What led you to wanting to express yourself through music?

I had something to say.

Where does this urge to say something, and share this amongst many others further removed from you, come from?

The answer to this question would remove the feeling from itself. I do not neglect the soul seeking aspect of art but I always worked with unconscious modes and sought to use context as design and arrangement utility after.

You work with quite some talented musicians that are still quite unknown. How do you find these artists and curate who you want to work together with?

Curation is a key design element of Armour II and I was keen to involve more melodic tones as well as placing artists in narrative positions throughout the project. Aside from the vocal aspects I wanted to create contradiction between the tracks. KinseyLloyd was positioned on ‘Waiting Room’ to act as an ascension or eulogic device whilst also challenging the tensions without condensing it. This turns rage to desperation in the las track of Armour II. The Moseley feature on ‘Armour Freestyle’ was another moment where he instantly was the answer. I’ve been into his music since I saw him perform at Rainy’s Fixed Abode night. It’s been great to work together and perform the track together on tour in Preston and Salford. All the artists have had a personal relationship to me before the production of music came into the conversation.

You’ve been releasing many projects in a short amount of time—were these releases a cumulation of both past and contemporary creations or have these ideas only taken form in the past two years? 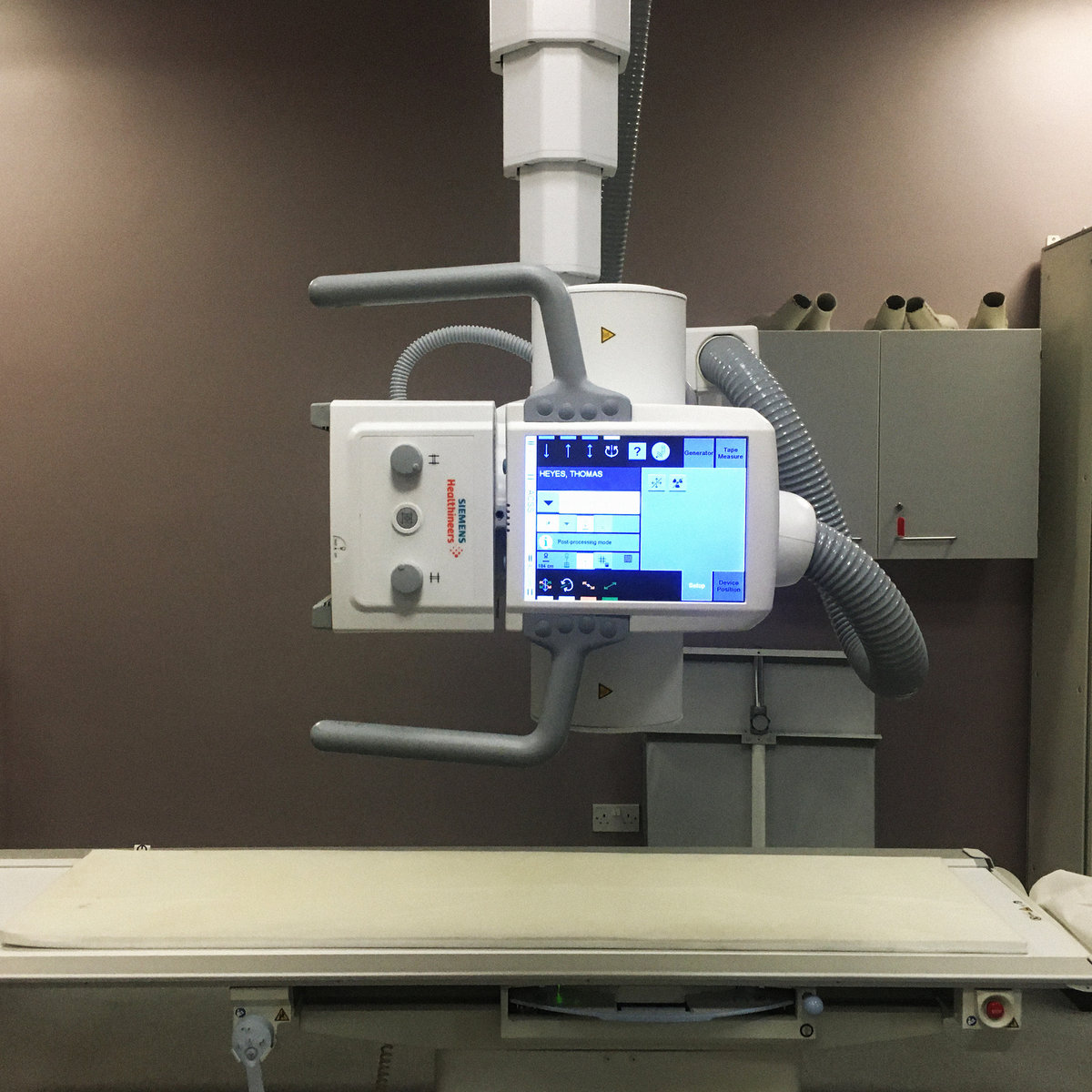 I create subconsciously and with the attempt to use impulse as my core foundation. I have let that method guide me first while making the four EPs, and then used narrative as a secondary design to build a universe. Everything in my practice builds on what came before it. However, my album contains past ideas that are untouched thematically and aesthetically from previous Blackhaine work. When I worked with Richie Culver and Michael-Jon Mizra, I attempted a sound recreation of ideas that were present in my previous performance art work and this is something I continued into the creation of And Salford Falls Apart. I released Armour II whilst on tour and reversed the process—this objective of this EP became about recreating sound into a performance work, engaging my choreographic practice as well as atmospheric and stage design. At the moment I have been building infrastructure to maintain this, in combination with other past and contemporary ideas.

S: In an interview you have mentioned killing the Blackhaine character with Armour II—endings allow the birth of something new—what’s next?

The hills and burial. 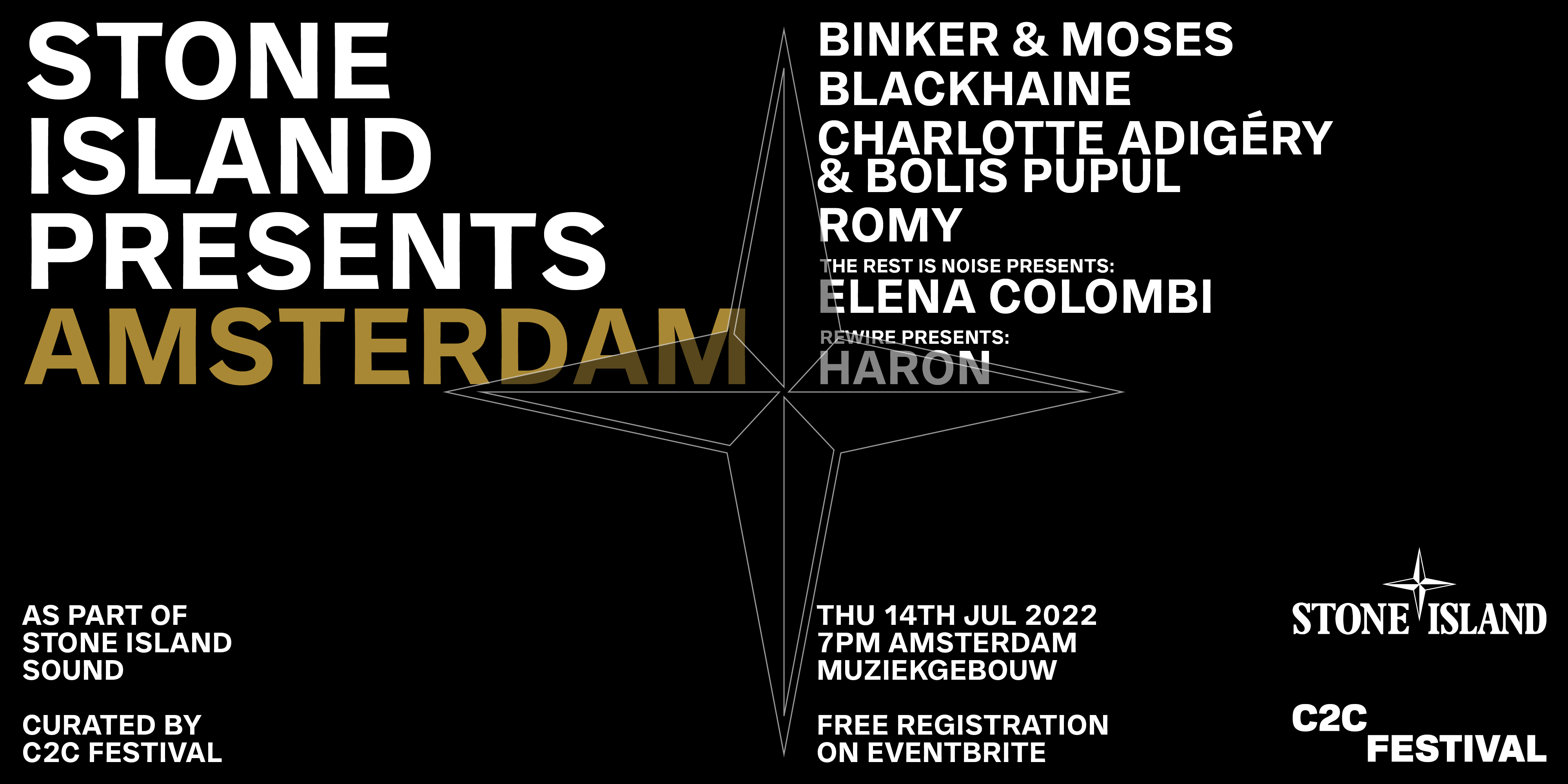 The event is hosted by Stone Island Sound, C2C Festival, Rewire and The Rest is Noise. The night is free for all, but requires a reservation. One can do so here. Upon arrival you will get a free drink.