An Interview with felicita

On November 6th, felicita will be live remixing the soundtrack ‘Notice the direction of fires’ to Lydia Ourahmane’s ‘Survival in the afterlife‘, by Yawning Portal. Prior to the event in de Appel we spoke with felicita about newness and Pillowese – a dream language designed by felicita and Lydia in slumberous states. Lydia and felicita have released a Pillowese Translator Application / Browser extension, created by Jay Kóbalt. Download the translator here. Reach some more info on Pillowese, in Pillowese, here. Aina’djioupo’heem juneeai ts’thna’djjunaiytvoyts’thaiga’r. 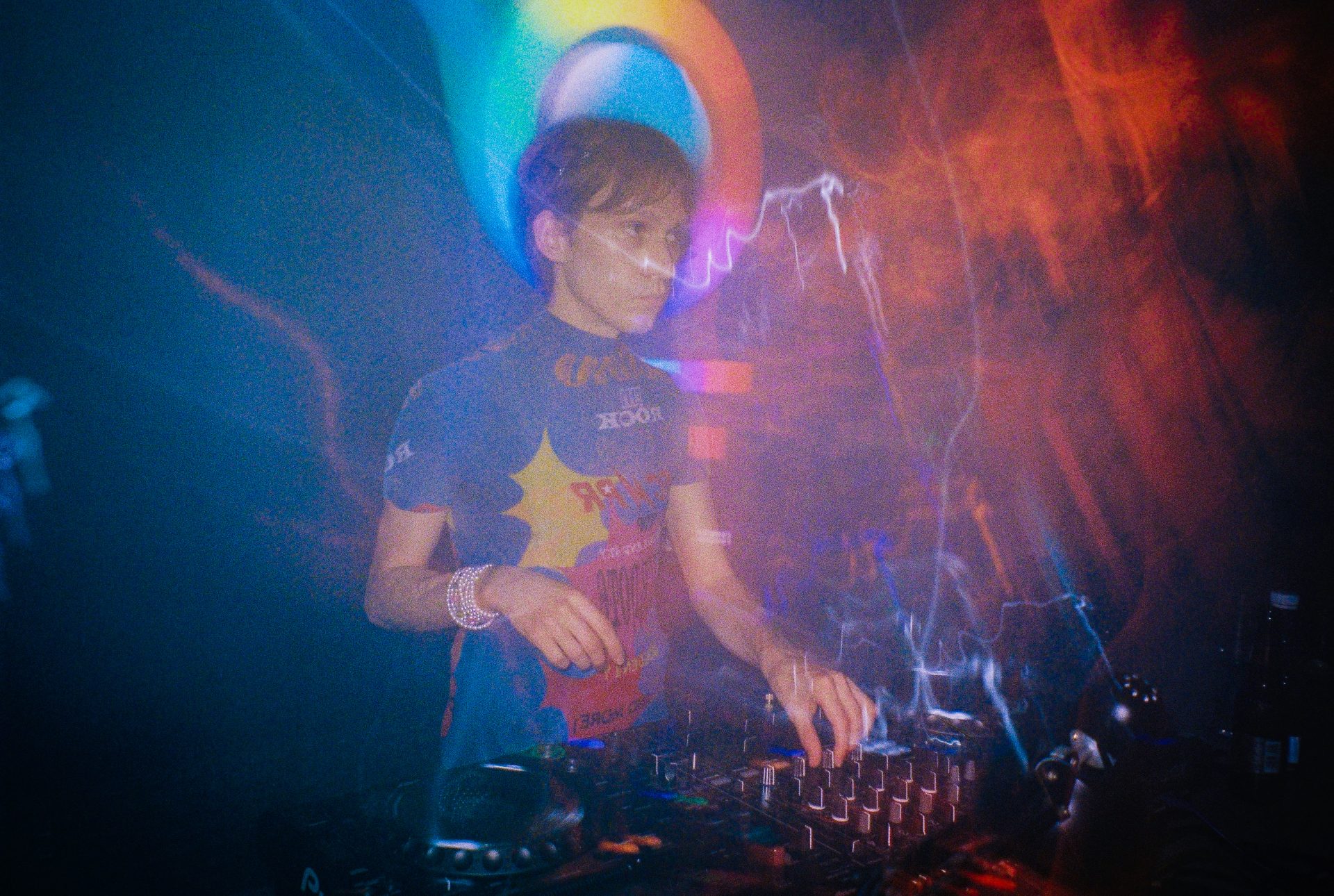 Hi felicita! How was your halloween?

I went to a Pedro Almodovar themed Halloween party, dressed as a 19th century Slovakian scarecrow!

Can you tell us something more about what you’re going to do at Museumnacht, at De Appel for Lydia Ourahmane’s exhibition

I’m going to live remix an electronic score by UK duo Yawning Portal’s – which is a component of Lydia’s solo exhibition at De Appel. There will be three remix slots across the night, each a different length. For each slot I’ll choose one track as the source material.

In a talk with Caroline Polachek, Caroline states that she knows that “you’re interested in making things that are new”. Why is newness interesting to you?

Newness is often taken to mean something which is totally, completely alien, then rejected as an impossibility. It can in fact be a lot more subtle: a creative tweak of an existing genre can create something new. The sudden unexpected return of an old idea can also feel new.

As you’ve often reworked elements of your previous work in later releases, I’m wondering what newness means to you?

I was just in Athens on Philopappos Hill, walking around the monuments while listening to BLACKPINK. 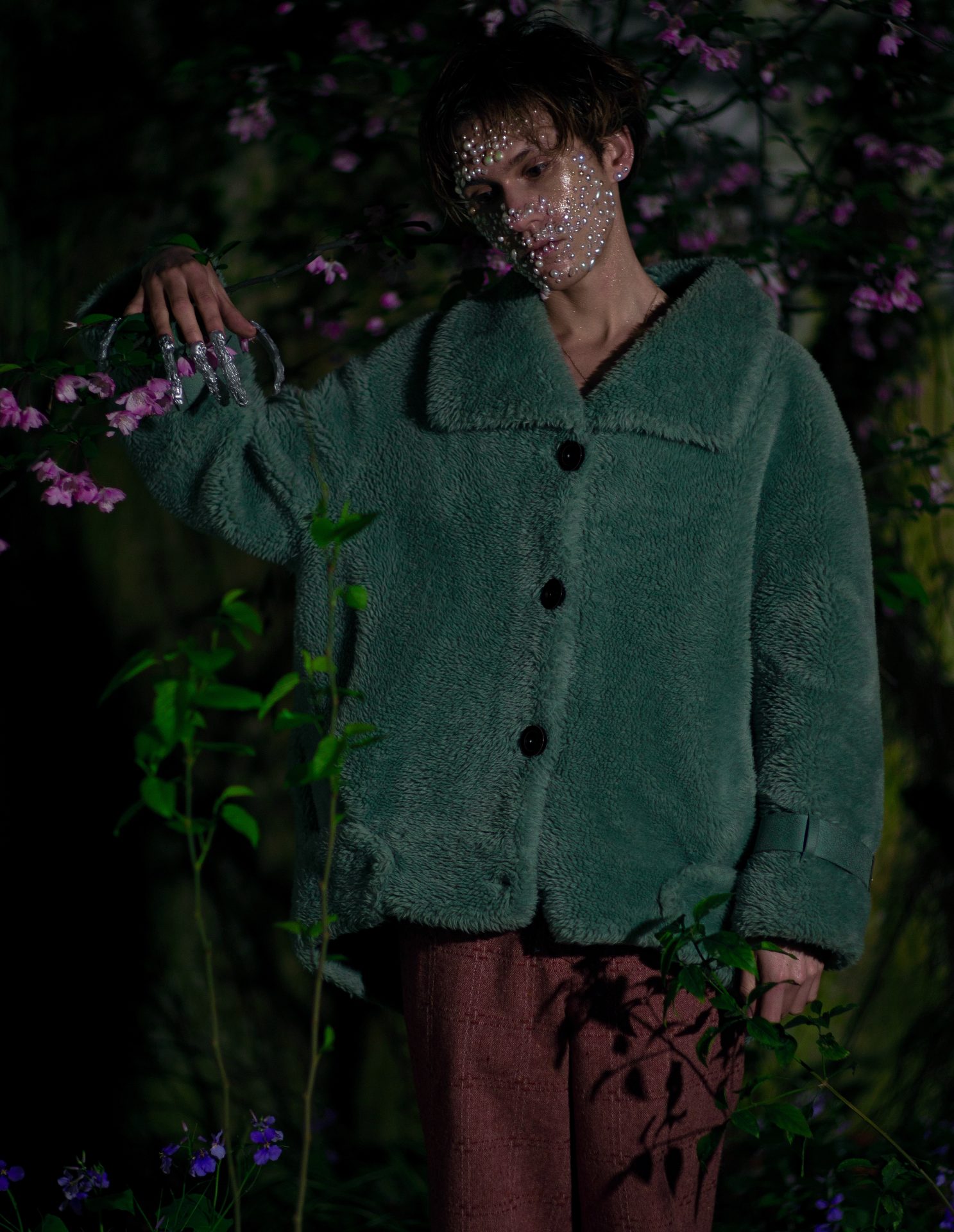 On Twitter you’ve stated that “there’s moon felicita and there’s sun felicita” and that hej! was moon felicita. Where do these two felicita’s differ and where are they still both felicita?

That’s just felicita attempting to use Twitter as a texture for thought and metaphor. It’s maybe not quite as simple as the binary of sun and moon, but some things feel shaded and moonlike and some feel hot and plasmic, and those two things felt distinct from each other at the time. They’re both felicita, because every person contains multitudes.

Last year, you and Lydia Ourahmane developed a new language and alphabet, called Pillowese. Your latest album hej! features a great deal of chants, exclamations and howls throughout. Your visual output frequently features a distinct font, often as the front-and-center artwork of your music. Those elements make me wonder: is language and / or communication of significant importance or interest to you, and if so, in what way?

I’m more interested in creating and combining sounds and visual forms to express something which I may not be able to express well in ordinary language. I’m not interested in expressing an idea directly or literally as it leaves little room for imagination or interpretation. Ordinary language is so hardened by familiarity that it becomes a less supple tool for expressing something new or unusual. Combining different stimuli is also an interesting approach to expressing new feelings – for example biting into a lemon while listening to the synthesized sounds of humming bees. 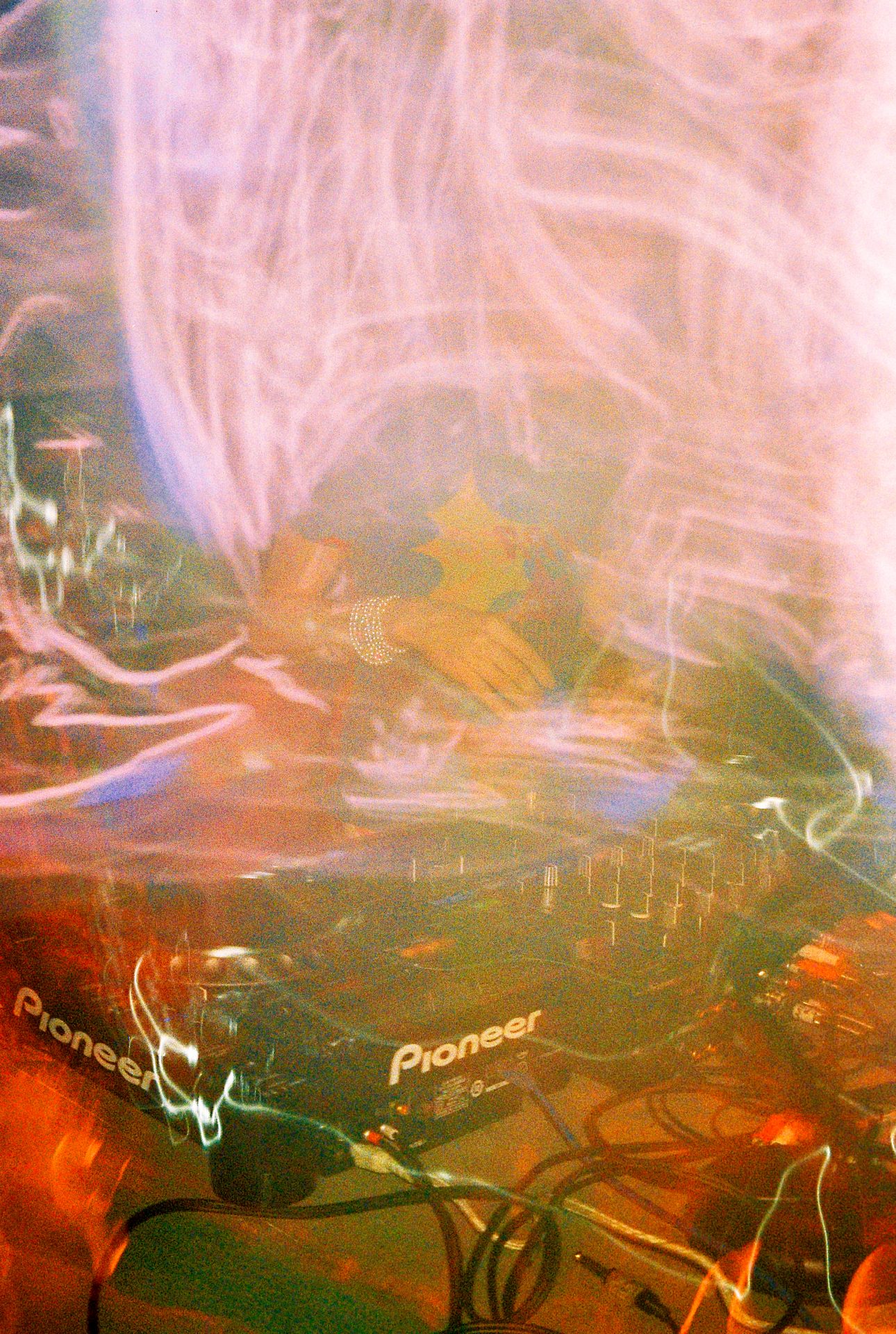 In all the above explorations of language and communication I personally read a certain universality. A language that speaks before it thinks, rather than the other way around. One that communicates, connects and affects subconsciously, maybe. With regards to the language and alphabet you and Lydia developed: How was the language designed? What lies at the core of creating Pillowese?

Pillowese was a language we created on a residency together in the Spring. It started out as a joke, referencing our late night chats while drifting in and out of sleep. From there we got to the idea of creating a dream language. At the core of Pillowese lies the possibility of opening up a new channel of expression from the unconscious mind into external reality.

You, Lydia, Xiuching Tsay, Steph Hartop, and felice bauer shared your dreams in Pillowese. Is there any significance to this subject matter here?

We asked our friends to record their dreams in Pillowese because the sun shines brightly at Cilantro bay.

To close the interview of; I’ve seen you use goodreads. Do you have any book recommendations for this fall?

An Individual Note of Music, Sound and Electronics by Daphne Oram.

Get more info on ‘Museumnacht 2021: Notice the direction of fires’ here.