I chatted with Henriette and Catharina of Smerz over a Zoom call, connecting Bergen, Copenhagen and Amsterdam under a single spotlight. Clouds and rainfall in one place, the sun gracing the room in another. The three of us explored our notions of comfort and took a closer look at Smerz’ spellbinding new record Believer. A record that to me feels as gazing through a kaleidoscopic lens; steering your attention through a myriad of vignettes and landscapes over the duration of sixteen tracks. Bewildering and fulfilling. Believe. 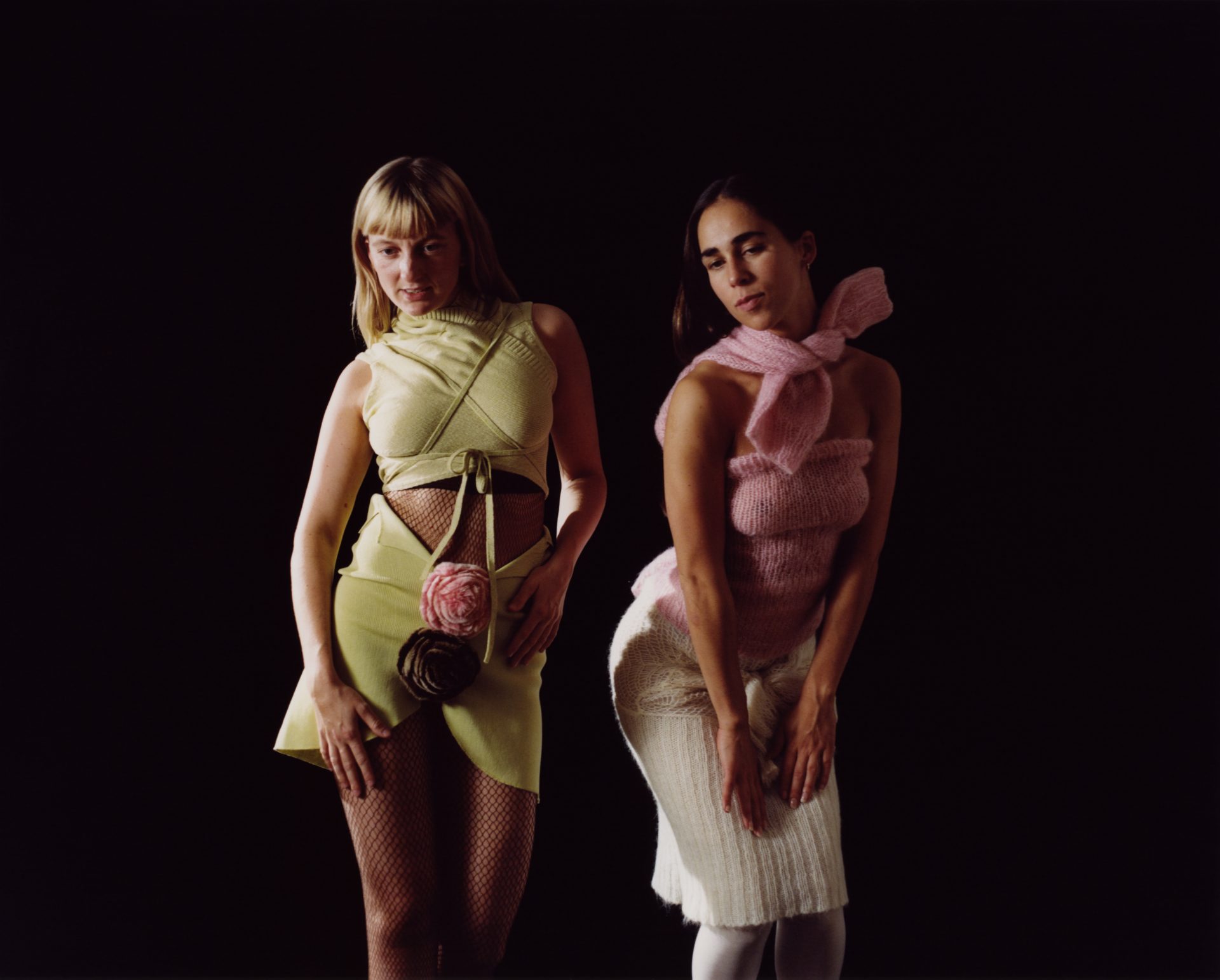 This interview is for Subbacultcha’s new publication, Sprout. Its first issue carries the theme ‘comfort’. The initial theme we rested on was ‘discomfort’. However, we deliberately flipped it as an act of brightening our and our readers’ horizons. What is comfort to you?

C: It’s a bit of a cliché, but comfort for me is to be or feel present. Which is a crazy luxury, I’ve come to realise. I feel like almost everything I do lies within this urge of getting into as many situations as possible where I feel present. I feel that’s why I work and that’s why I develop relationships with other people.

Could you give an example of such a moment where you felt totally present, totally at comfort?

C: This can be with Henrietta for instance, since I know her so well. Even when you’re close you can fall out of it, but when it does happen, you’re in sync. It can be when I work on something and I feel some progress. It can be when I meet someone new, because then you have to turn yourself on a bit.

H: I think I can relate to what you’re saying Catha, but I also have more of a need for that presence to be framed in a safe space, somehow. For me it’s that combination. Presence is very important, because I know the feeling of being a bit weightless. Feeling very safe, but also feeling a bit woozy or something.

It can be quite vulnerable to be present sometimes. How comfortable are you with these video-calls? These kind of digital interactions?

C: I am quite comfortable actually. I do feel like I miss some of my tools. Because you’re not able to read and react to all the details. For instance, now I can see you clearly but I can’t see Henriette that well. I miss some of the social aspects.

H: You can switch to gallery mode, right?

How about you Henriette?

H: I feel like my brain is used to going into a room, sitting down and then to start talking. Digitally you just press a button and now you’re with all these people. 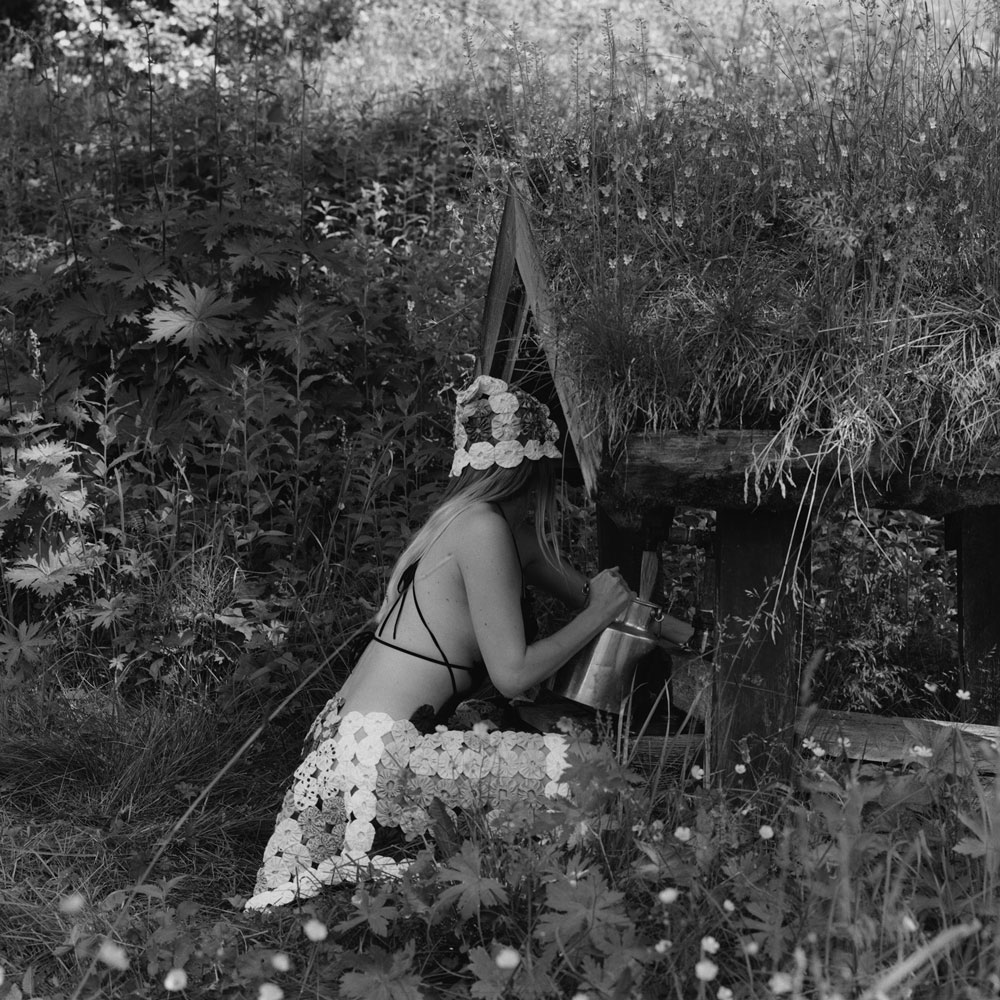 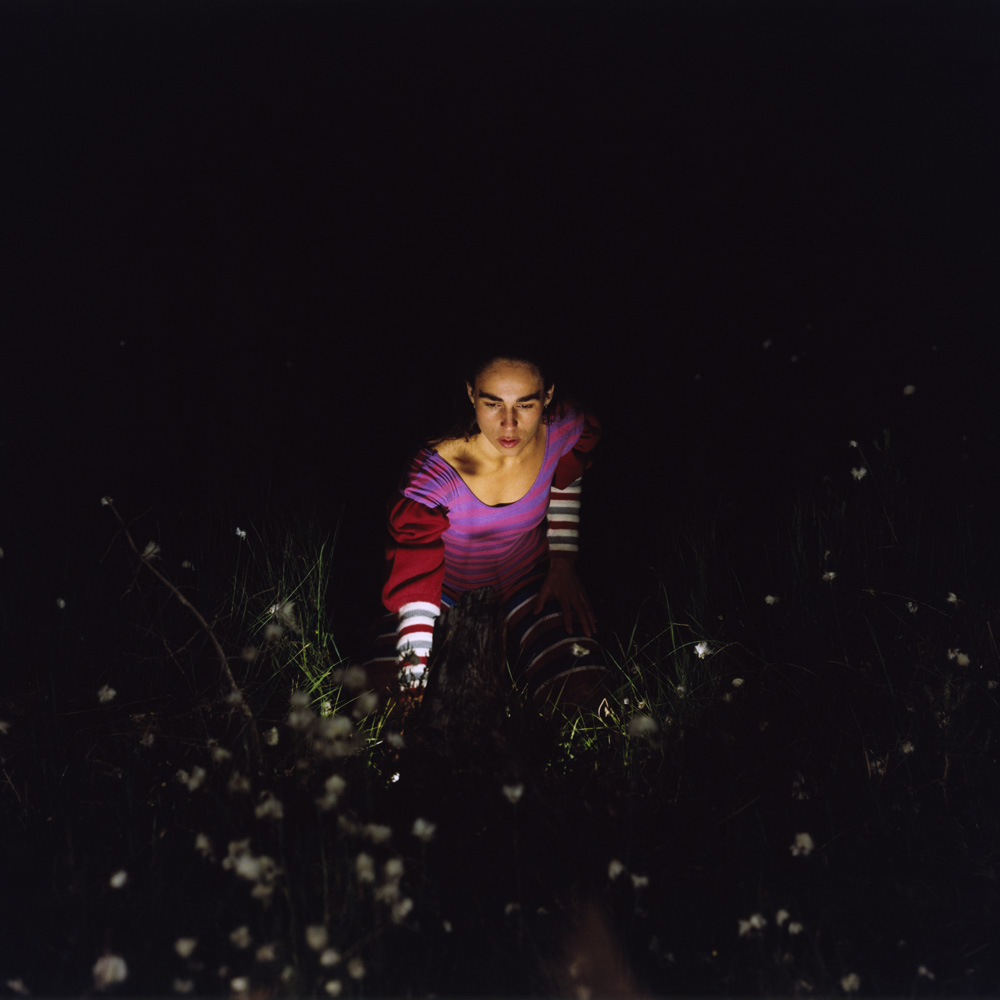 While exploring our theme of comfort, I consulted my friends about what it means to them. Passivity was a topic that occurred a lot. I would assume a big chunk of the process of creating a record would be done in quite the opposite of a passive state?

C: That’s funny, because we often work very passively when it comes to music. I think the aim is to try to disconnect yourself from what you’re doing. If you manage to be that passive, stuff just happens underneath. You’ll manage to surprise yourself a bit. I feel that workflow is very much the opposite of an active workflow. Sometimes we do switch to a more active workflow, if it’s more suitable for our mood.

Within this passive workflow, do the results come out at one active moment?

C: You just wait a bit. Sometimes it happens and sometimes it won’t. It’s a very nice feeling when you do something and your system takes over. It’s a result of everything you have inside of you. It sums up… you, in a way.

H: I feel like that has also been a big part of making music this last year. At least when there was a lockdown for the first time, I was feeling very distracted. That turned out to be a very nice mood to be in while making music, for the same reasons as Catha just described. You lose focus. If you stop thinking or something, you might get to somewhere else.

If I get you correctly: you read your environment, and it comes out through you, in music, since you’re not focused on making music necessarily, but rather on what surrounds you?

C: I feel you will often receive these messages that you give to yourself. They come from a hidden place. You can become a bit surprised by them, or they can make you realise something.

I was listening to the beautiful and enchanting Believer over the past weekend on repeat. I allowed my imagination to flow a bit, and the record started reading to me as some sort of fairy tale, albeit a modern one. It felt embedded in history and folklore, but then there are these trance-like synths, heavy beats and rap verses. Does there lay a particular narrative, such as a tale, behind the record?

C: For the music, no narrative was decided or thought-through beforehand. Probably because of the workflow we mentioned earlier. But, of course there is a narrative since it has been us making it over these years. That’s the narrative probably: our lives. This album is a result of that, musically and lyrically. I feel like it’s not possible to say anything more in a way. We could look back to it and see what’s there, but there wasn’t a plan beforehand. 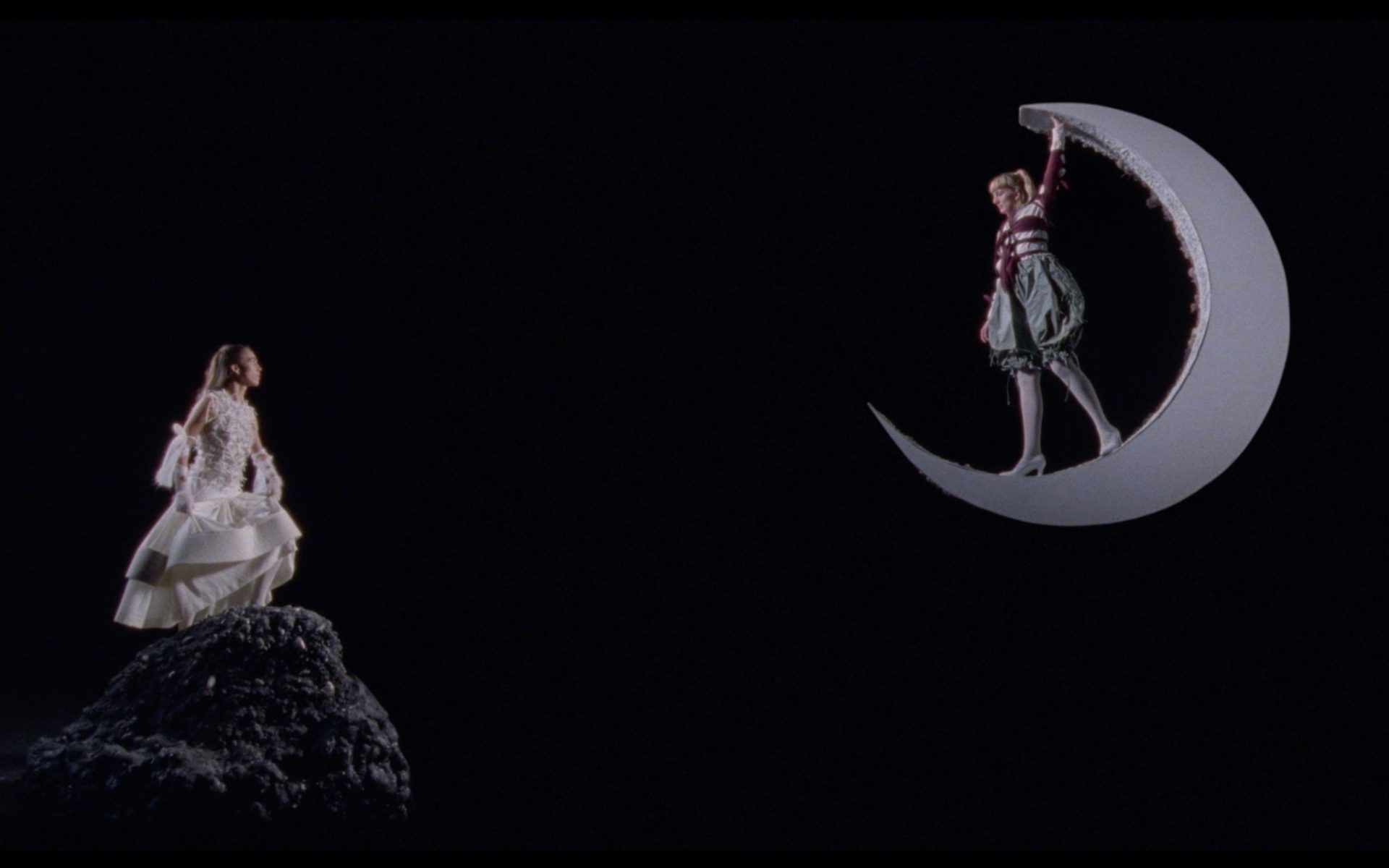 With regards to the aesthetic and symbolic direction of the record, what is the significance of the moon?

H: It is a shift in perspective. It’s an image of someone standing on the moon and someone standing looking at the moon. You have a certain perspective on your life and dreams, which can sometimes feel very present, and at other times very distant. This image reflects on how this can evolve over time. This perspective of what you want life to be has become more and more present for us, I think.

Does the slender crescent shape tie into anything specific? Or is that just a moon that’s most suitable to stand on?

C: I think it’s just this simple symbol of something that’s impossible. A bit too beautiful of a dream about how things could work out. Maybe you believe it, maybe you don’t. This spelled out simple dream that’s unreachable. It feels very present of this age. Coming from your 20s or 30s, everything feels very big suddenly.

Aside from the fairytale connotation that I formed in my mind when listening to Believer, I also created a dramaturgical one. I imagine walking unto a stage where the final touches are being done to the decor. The lights are being focused just right, I hear someone yell “go!”, the curtains open and we start. I’m not sure if this is solely my imagination, but the record feels like a world that’s not fully imposing itself on me. It feels like something that is being played out in front of my eyes and ears, and allows me to step in. As the music video of “Believer” presents: a forest, but one that is surrounded by total darkness. As a stage. The music is very dense, but to me it doesn’t feel like it’s occupying the entirety of the space. It’s situated in this little cup from where it’s being handed to the listener. I was wondering what your thoughts were on this dramaturgical connotation of mine?

H: That’s very nice to hear. I think we also talked about that word, dramaturgical. I guess I also picture a kind of stage. One that you can move around so another room will appear. When you have this circular stage, you also have the rest of the theatre, where the audience is, surrounding it. But then there’s a small centre that’s moving.

C: With regards to this dramaturgical or theatrical point of view; the lyrics are quite everyday-like. However, we wrap it with the music and the visuals, allowing ourselves to do this turned-up storytelling. I feel sometimes it’s very fun, but also necessary, to do this when you try to tell stories. Playing with higher ups and lower downs. But then, as with a theatrical aspect, you will leave some stuff unsolved or not spelled out completely. Maybe because it’s not completely real, you don’t answer all the questions. And that’s nice. 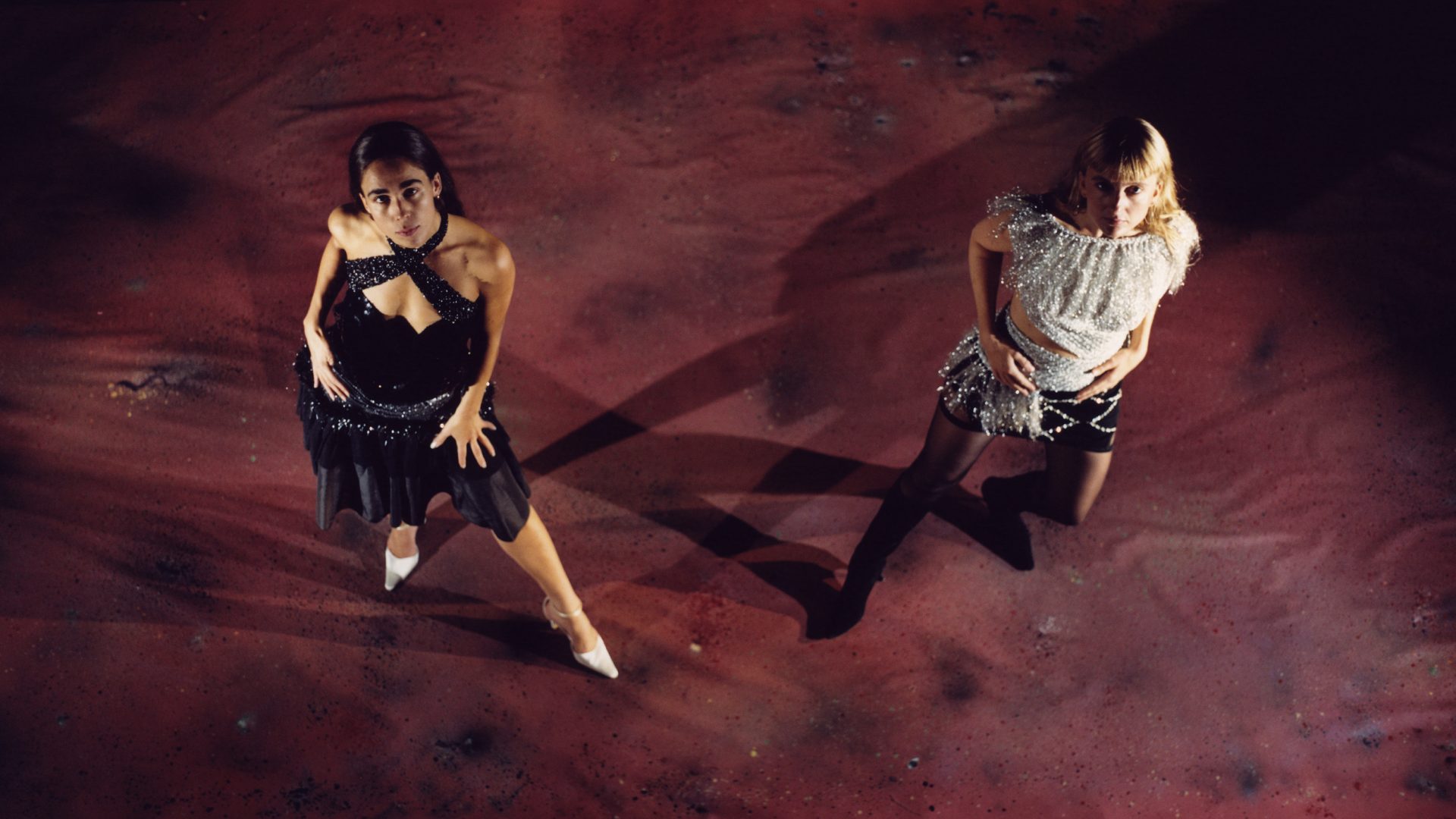 A quick reflection: with theatrical I don’t want to imply that something would be ‘acted’. Because in whatever way it is presented it can stem from very real emotions or ideas. Some contexts feel a bit dressed up, or highlighted. I think highlighting is the way to rephrase it.

H: Yes, I think that’s a good word for it. That’s also how we worked in the compositional process. Highlighting different elements from different, whatever you would call it, genres. Trying to take these elements to use in storytelling.

Bror August created all these beautiful costumes for the visual presentation of Believer. Is there something you can tell us about those?

H: We think there are some similarities in the way we and Bror work with context. We try to put some elements in a new context. Bror works a lot with second-hand clothing. He kind of samples the clothing and uses them in a different way.

To my understanding, a costume is an outfit worn to create an appearance for a particular occasion, or to represent a particular person, time period or place. Is there a shift in role or demeanor when dressing oneself up deliberately and performing within a costume?

C: Clothes and music are present in people’s everyday lives and are used over and over again. Because of that, people have strong reactions and associations to very detailed parts of both art forms. All aspects become very strong, so you need to be really aware of the associations people have. Those associations will influence people’s experience. I think we approached the clothes as a genre in itself. As a definition of a time period. But, we tried to mix those associations and make it a bit hard to catch.

Does it create a sense of comfort to perform dressed-up?

H: I think so. It doesn’t only go for clothing, but also for thinking of yourself as a visual element. We did a concert in Oslo in September where we tried to incorporate that aspect in the performance. We were part of the image, rather than just performing the music. Bror also made costumes for that concert and I think those were very important in maintaining that character.

What was this character?

H: We wanted to use a concrete reference, as we do in the music. Use these archetypes or prototypes from different traditions or different musical styles. We wanted to recreate some kind of female jazz singer lying on the grand piano in this dark space.

C: The aim is to make the story so simple, so you focus on the right things and are not too distracted.

Alright. To end off: is there any comfort food you’ve been loving lately?

I just found out that croissant is French for crescent! A crescent moon!

Now I’ll see a croissant in every crescent moon. 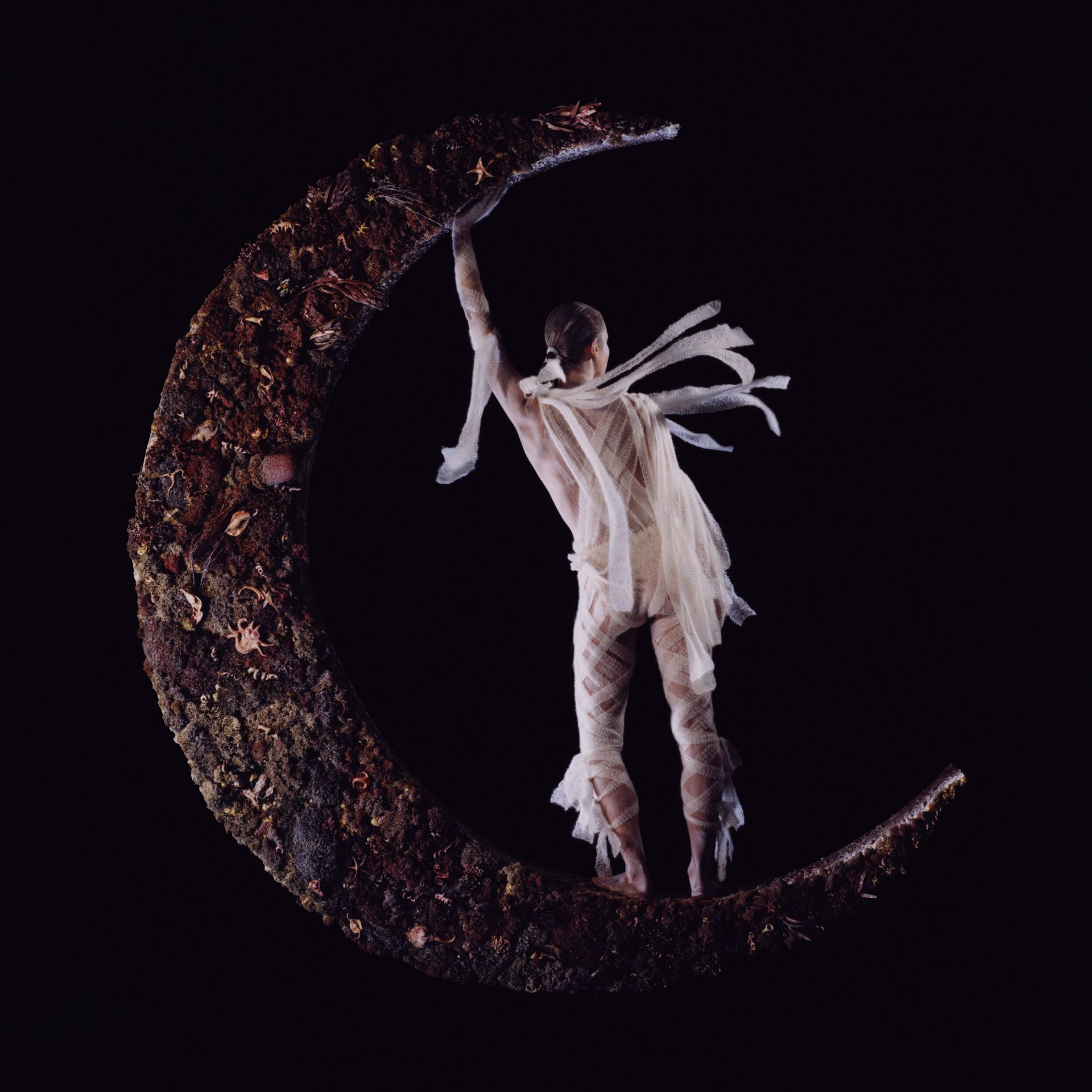 Smerz’ debut album ‘Believer’ was released this Friday, 26 February. Listen to the bewildering record here. On March 20th, Smerz will screen a concert on Bandcamp. Purchase a ticket here.