A Daily Commute to Death and Beyond

Slumped into my seat, I put on my headphones and hit play on Tim Hecker’s Mirages. As I closed my eyes, I saw myself floating through murky, deserted wastelands, with nothing but a faint orange glow illuminating the night. It felt like I had been sucked into a distant memory, things seemed familiar but a little bit strange; out of focus and difficult to grasp. The twenty-minute journey that takes me from work to Amsterdam Centraal had suddenly become strange, but reveries like these are nothing out of the ordinary.

Such lucid dreams happen frequently whenever I listen to the works of Tim Hecker or Caterina Barbieri. Tracks like ‘Neither More nor Less’ and ‘Fantas’ somehow have the ability to fling you out of time and space. Their slow-building, stretched out rhythms ease you into an altered state of consciousness where dreams and reality merge. As if you had fallen asleep and woke up on the shores of some dystopian planet; disoriented, confused, you struggle to understand where you are or how you got there.

Yet, feelings like these are no coincidence. Taking sounds and distorting them, Hecker often uses recordings taken from live ensembles – such as an orchestra or a choir – and transforms them beyond recognition. Ravedeath 1972, Virgins and the more contemporary Anoyo best foreground this: stretching sounds beyond their capacity, Hecker achieves what he calls ‘non-representational’ music. A kind of music where sound is severed from its point of origin and loses its connection to reality. It’s like an incomplete map or a melting glacier; an opaque object.  You immerse yourself in this otherworldly music so completely, that you remove yourself from reality in the process.

As Spotify’s autoplay switches me over to Barbieri, I notice that she takes a different approach to achieve similar effects. Relying on modular synths to create complex networks of sound, she is able to generate endless layers of dizzying polyrhythms. Pulsing, synthetic sounds that are entrancing and in constant motion. As the title of her 2014 album suggests, her revolving and ever-morphing rhythms mirror – or rather tap into – our Patterns of Consciousness. Her latest project Ecstatic Computation aptly highlights how complex sequencing techniques can hack your brain to induce dream-like hallucinations. Complex musical algorithms that rewire your brain. ‘Arrows of Time’ might be the only song in the world that has given me a taste of death; I saw myself rise from the ground to the heavens, angels at my side and a beam of light shooting through my chest.

Arriving at the station, I got up from my seat, took off my headphones and ran to catch the next train. I felt lighter and at peace as if I had just come back from a transformative journey of some kind. Eerily beautiful, morbid and somehow cleansing, I had been granted access to another realm and I came out the other side feeling anew. 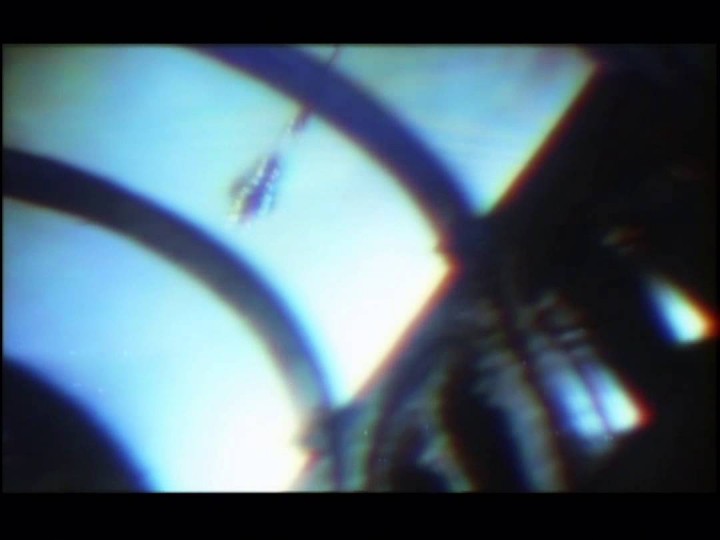 There is an inherent symbiosis in the latest sampling from Tim Hecker's forthcoming release, Virgins. As the arresting melody of Hecker's