You can find out a great deal about Courtney Barnett by just listening to her songs. Actually, you only need to look at the title of her 2015 album to know that sometimes she sits someplace and contemplates things. That’s all well and good, but surely there are things not revealed in her music? Like, what does she grow in her garden? Does she believe in alien life forms? What disgusting things has she eaten recently? That’s what this interview is for: finding out some potentially obscure and probably trivial things about the Australian singer. 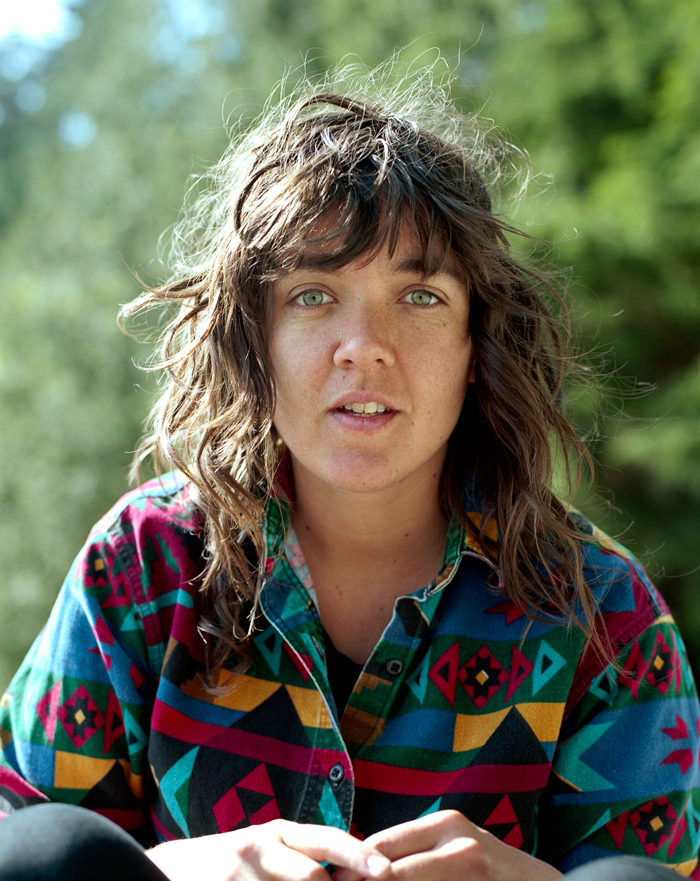 Hi Courtney! How do you feel? Where you are right now?

I feel pretty good today! I just had a swim. I’m in Vancouver, I’m sitting at the desk in my hotel room and I was just looking out the window. There are mountains in the distance with snow on them and it looks really beautiful.

‘I started writing poems when I was ten’

You’re on the Wikipedia list of left-handed musicians. How has being a lefty affected your life?

Not in many massive ways. When I started playing guitar, I had to learn it upside down. And I smudge my writing. That’s about it!

What piece of trivia would you add to your Wikipedia entry?

I really like mint tea. At home I’ve got mint growing in the garden, so I just go outside and get a hand full and stick it in a teapot.

What else is in the garden?

I’ve got a couple of fruit trees – an apple tree, a plum tree, a lemon tree – and an olive tree. We just pulled out a bunch of stuff, but normally we have lettuce and tomatoes and zucchini as well. Zucchini is my favourite. It goes with everything. 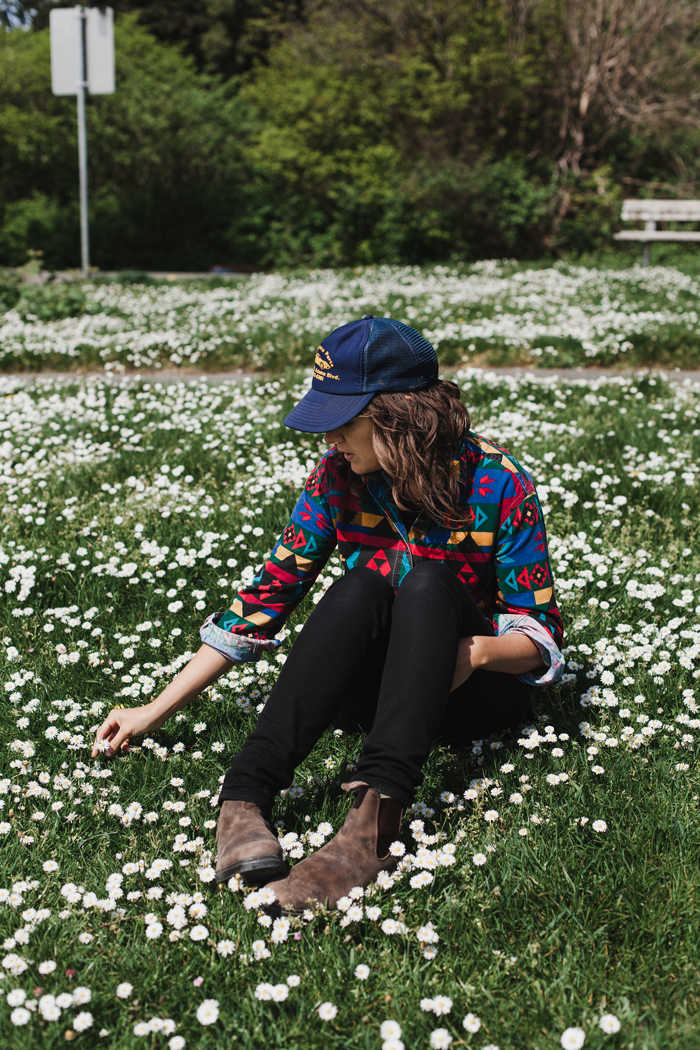 If you were forced to limit all your lyrics to a single word, what word would that be?

I’d like it to be a big word, so I could use all the syllables. I’ll go with ‘dissection’.

What question do people always ask you in interviews?

‘Are you surprised by your success?’

Do you have a standard answer?

No, I don’t think so. It’s a stupid question, and there really is no answer to it.

Who’s the funniest person you know?

I’ve been reading a lot of Tina Fey, and watching some Amy Schumer. Bill Hicks is funny as well. 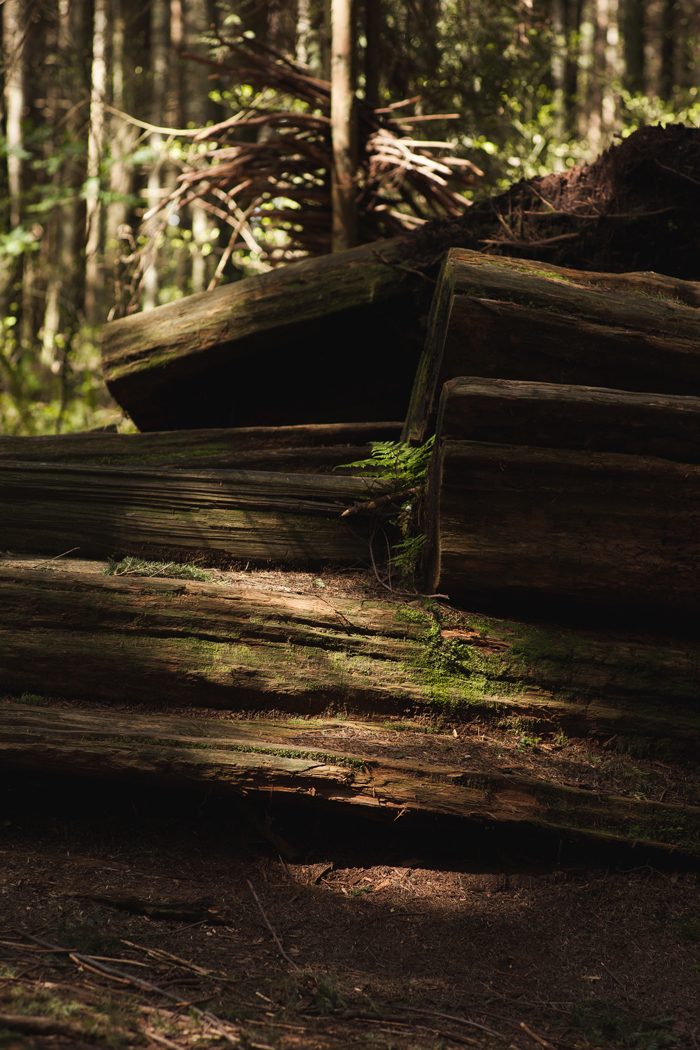 What was your favourite class in school?

English. We did poetry and literature. When I was younger, I was really good at it. Then I got worse and worse at doing essays and all that stuff. But I’ve always liked reading and writing stories. I started writing poems when I was ten, and when I got my guitar I turned poems into lyrics. The first song I ever wrote was about sleeping and being in my bed and looking at the sky or something.

If there was a fire in your house what three things would you save?

My cat, my box of Polaroid photos and my koala tea cozy. It belonged to my great grandma, I’d like to keep it.

Have you ever changed a song after you’ve recorded it, like Kanye West does?

No, not really. Sometimes I might do it just for fun. But normally I spend so much time on writing my lyrics that I like them, and I don’t want to change them. 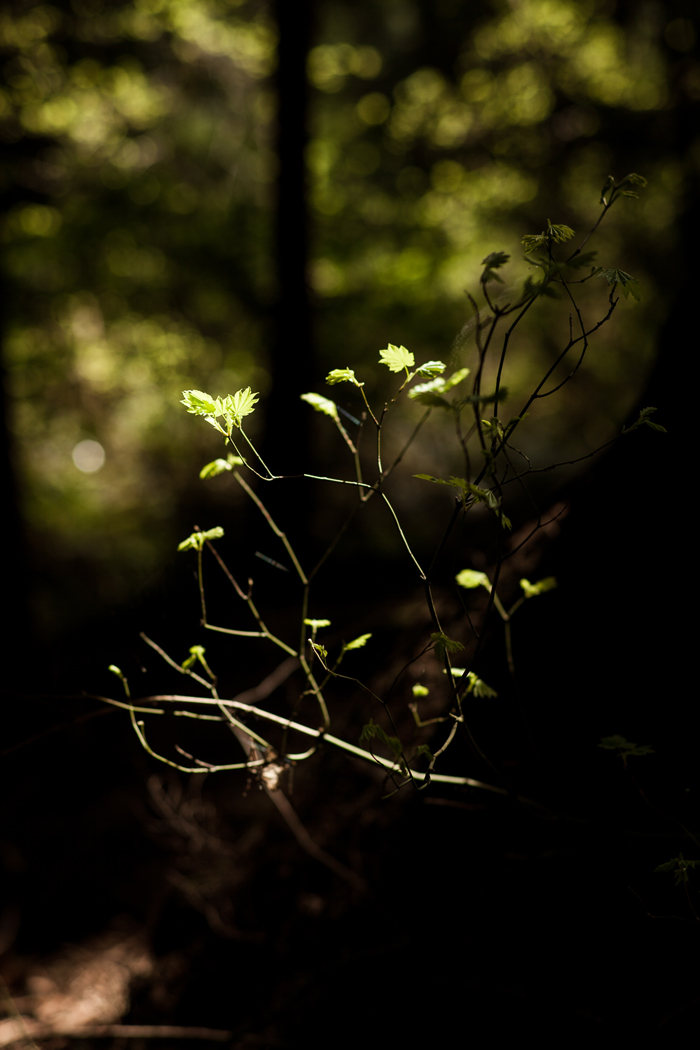 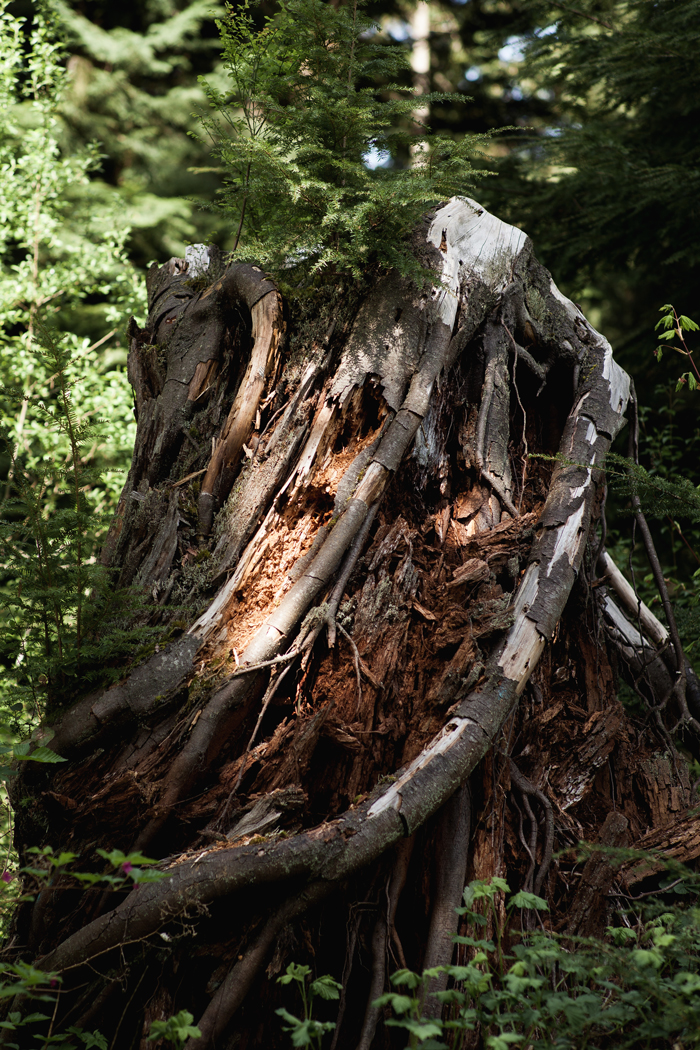 What’s the one thing you would ban if you were the president?

Well, that’s hard, isn’t it? I would want to ban racism and homophobia, but can you ban those things? Or, like, violence and guns. Yeah, I’d ban all those things.

I said you could ban one thing.

Damn it! But I’m the president!

What is the grossest thing you’ve ever eaten?

Last night we went for Japanese food, and we had edamame beans. I accidentally picked up someone’s discarded pod, thinking it was a fresh one. That was pretty gross.

What do you miss most about home when you’re on tour? 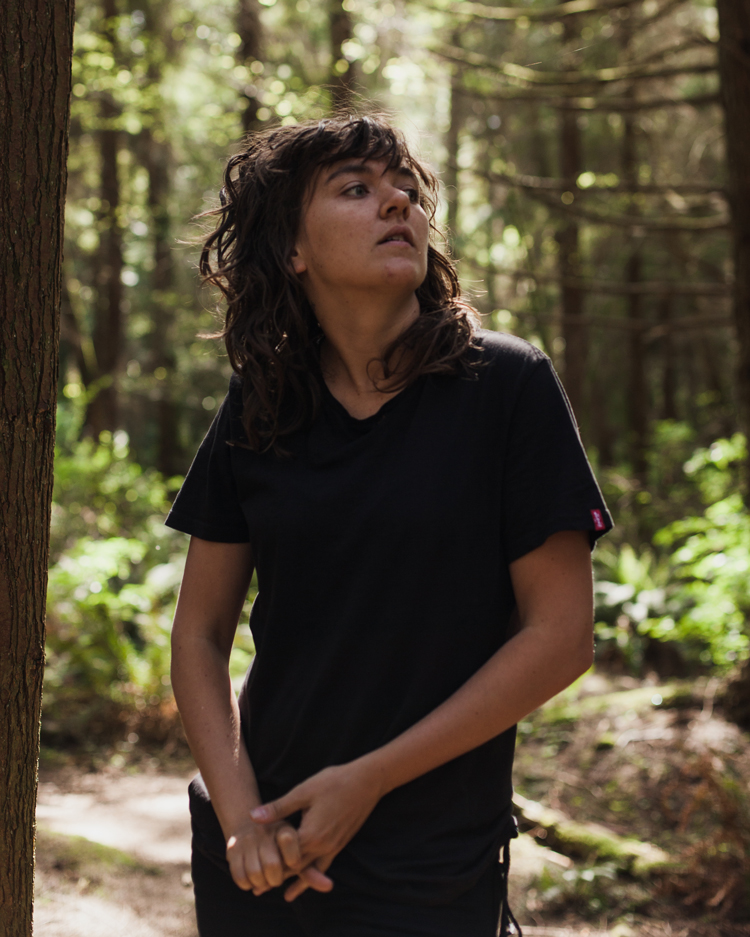 Do you believe in aliens?

Kind of, yeah, I guess so. Why not? I’ve been watching a lot of X Files recently. I started with the new season, but then I went back to the start. I never watched it as a kid, because it was too scary.

If you find a small animal in your house, do you kill it or catch it and release it outside?

Catch it and release it, definitely! When I was in the pool the other day, there were two bees swimming – or, like, drowning – and I saved them. Poor little bees. I’m sure they were thankful, but they didn’t know how to express it properly.

What was your favourite song when you were 17 or 18?

Probably the Pixies or the Talking Heads. I’ll go with ‘Where is My Mind?’

‘O’, because it’s adaptable and I like circles. It’s got a lot of symbolism. It’s a good letter. It goes with everything.

Could be anything, couldn’t it? Maybe Dolly Parton – ‘Why’d You Come in Here Lookin’ Like That?’ I really like it, but there’s other good songs.

Courtney Barnett plays at  Down The Rabbit Hole festival on Friday 24 June. 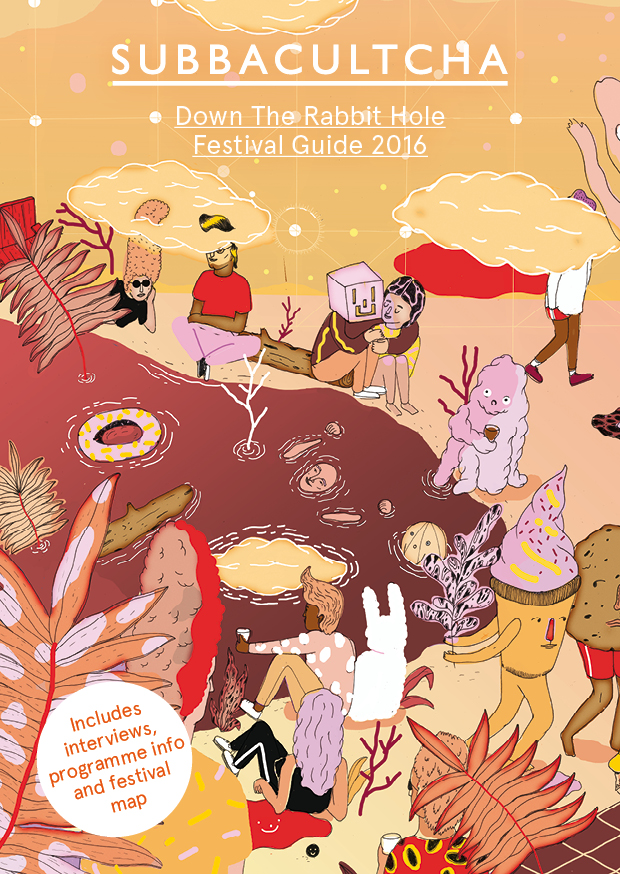 Down The Rabbit Hole 2016 Festival Guide

For all your festival and camping needs. Includes expert party advice 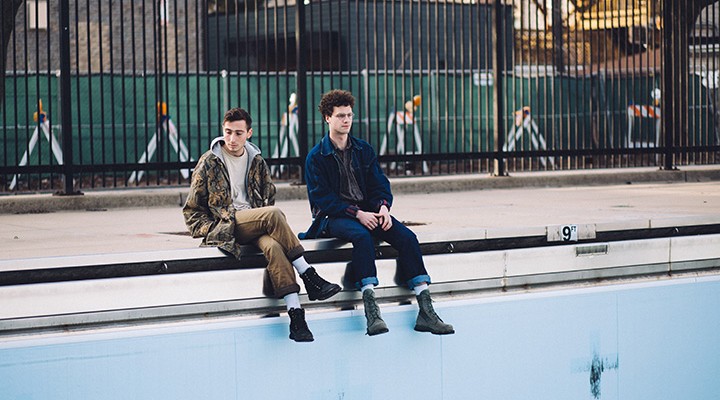