We recently learned that Stijn van der Waal, the Amsterdam-based electornic musician known under the moniker Hegri, spent the past six months at the North Pole. Intrigued by this arctic deviation, we met up to have a short chat about arctic radio shows, the beauty of polar nights and the danger of polar bears.

I heard you were at the North Pole for a while?

Yeah, I was in Spitsbergen, in Svalbard. You might’ve heard of it. It’s a big archipelago – island group – just on the border of the North Pole, so 80 degrees north. I’ve been there for half a year to do some research on climate.

I study physics here in Amsterdam and I spent a semester abroad. Next to some courses, I did some practical stuff as well down in the field, measurements and stuff like that.

You have to take your rifle every time you leave the house in case you run into polar bears.

When did you go there?

How long have you been making music for?

Pretty long, as long as I can remember. I’ve been using electronics since I was 13, so that’s about 11 years.

Did you focus on music there?

Yes, I brought my laptop and did some stuff. I made some music that I’m going to play this week, I hope it’ll work out. I met a lot of new people from all over the world and I got introduced to a lot of new artists. I didn’t expect it, but the cultural aspect of the community was vibrant and many people were into music, so I was introduced to a lot of new things. I also had a radio show at what is the most Northern radio station in the world. We were three guys: me, one British guy and a Norwegian. It was a big source of inspiration and I discovered music I didn’t know about before.

What were some major differences to life over there?

It’s very isolated, so right after our arrival we had to do training on how to use a rifle. You have to take your rifle every time you leave the house in case you run into polar bears. It’s very different from city life because it’s a really small community of about 2,000 people, and no one lives there permanently. It’s all people like myself, who go there for a bit but then leave. When I came back to Amsterdam, it was nine in the evening and it was dark. The curtain in my room leaves a little space at the bottom of the window, and so the next morning when I woke up, there was light coming from outside. It was strange because I hadn’t experienced that for a long time, and at first I thought someone is shining the light on.

The best thing about getting back, apart from family and friends, is probably having back my soundsystem and speakers. In the arctic I only had headphones with me.

How do you get peace and quiet now?

I go swimming, although that’s not really isolating, but for me it’s calming and a way to relax. If I need to isolate myself I stay in my room, I like it there and I can be by myself.

During my first months there the sun never set and I did feel very good and positive.

I listened to your Arctic Mixtape on Soundcloud, it sounds very nice and positive. Is that what the arctic sounds like?

Actually, yeah. During my first months there the sun never set and I did feel very good and positive. I guess that translates in the music in the mix, you can hear the mood. I will upload a Polar Nights mix, which is the opposite, so maybe it will be different, more ambient. Though maybe there won’t be much difference to the Midnight Sun, we’ll see. I was happy and felt good throughout my time in the Arctic. The first track on the mix, Barrack 11, is actually by me.

What are your plans?

I want to stay in Amsterdam for the next two years to focus on my studies and music, and then I’d like to go to California for some time.

That’s quite the opposite from the arctic.

Yeah, I want to see it all.

What about tonight – it’s a Friday night?

I’m playing Risk with my friends.

Hegri will play at OT301 on Thursday, January 21st together with Teen Daze. 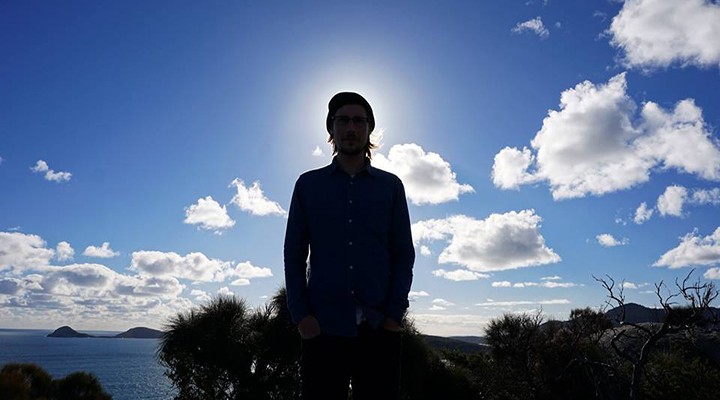