On 29 November the Stedelijk Museum in Amsterdam opens the big overview exhibition Mach Dich hübsch! by one of the most influential artists of the past 40 years, Isa Genzken. Genzken is a risk-taker, and in that spirit we took an unconventional approach to this exhibition and asked Dutch singer Kovacs about her relation to Genzken’s work and attitude. Similarly wilful in their careers, we saw a match between the young singer’s ways and the established artist’s rebellious streak – a meeting of two unruly minds on a constant quest to push boundaries.

[If you’re here for the giveaway, all the info is at the bottom]

Genzken is an artist who radically risks everything in her consistent pursuit of artistic renewal. Her works, that range from sculpture, installation, video and collage, are gutsy and controversial, but not without humour. Genzken’s constantly evolving visual language is a testament to the courage of an artist who is not afraid to make mistakes, and as such, we’ve never actually caught her making one. Kovacs, on her way to become an international hit after winning the European Border Breakers Award, got a sneak-peek and was allowed to wander through the unfinished exhibition. Between crates and art and empty halls we talked to the eccentric singer about appropriating your materials, showing your true colours and not getting stuck in one thing just because it works. 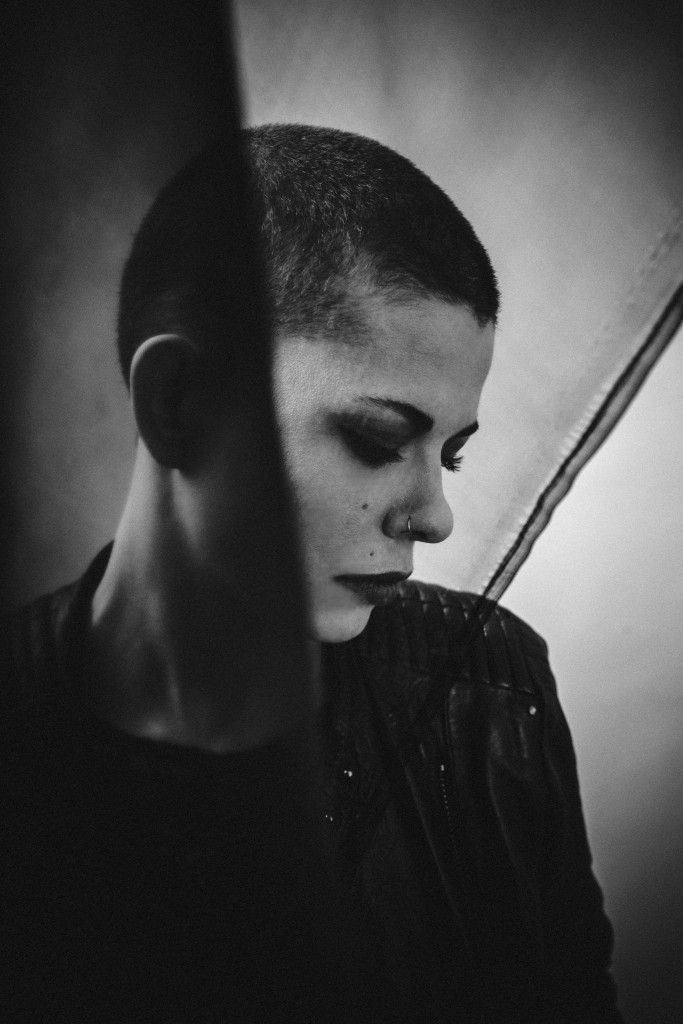 I like edgy, weird, crazy art. I like art that doesn’t immediately show itself for what it is, I like to be able to fill some things in for myself.

What did you think of the exhibition?

A lot of it was very cool. I think I tried to look for resemblances between Genzken’s work and me, works in which I recognized myself. That is often the thing that’s attractive in art right, to see something of yourself. I admire her versatility and her guts, you can see she doesn’t get stuck in one thing just because it works. And she has a lot of humour. She’s raw, she likes extremes, I can relate to that.

What do you think about her approach of collecting and innovating, pushing her materials while pushing herself?

I understand the need for that, the art of collecting, assemblage. I think she really digs into Berlin flee markets to collect all these little things, I can imagine her doing that. I do it myself as well, in a way. My house is like this, a big collection of a lot of weird stuff, but I try to make it my own. For example, I have a few paintings, but one I put outside so the paint started dripping and deformed the image, and some others are upside down. 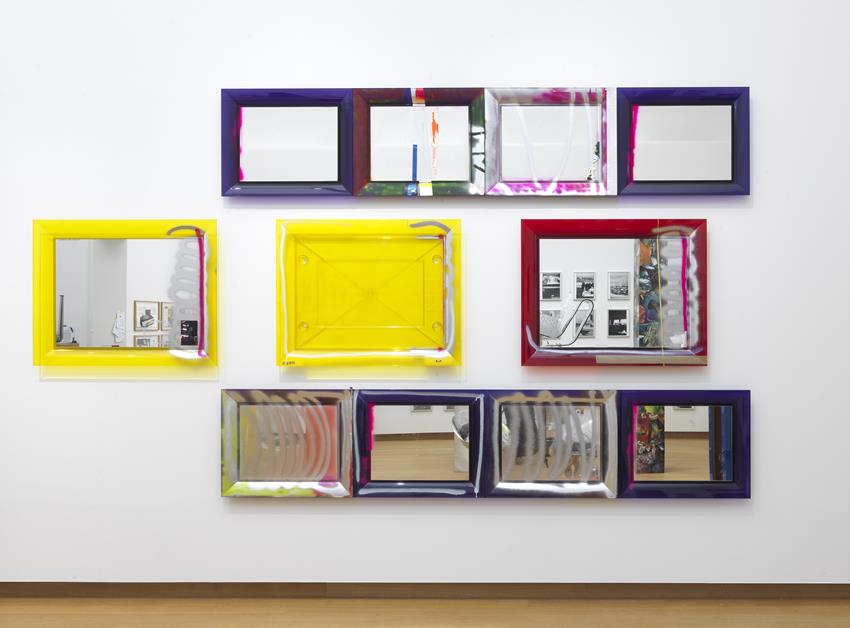 That’s cool. Appropriating materials or putting them in a different context, maybe applying a new meaning to it for yourself. Do you think that’s also something you look for with your music, the chance for others to take it and make it their own?

I do like to keep things open yes, so people can interpreted it in their own way. I like the idea that I make people think with my music. The songs I write obviously have a personal meaning to me, but it doesn’t matter if it has a different meaning for someone else. I think that’s something really positive, that my music can mean something else to different people.

Is there work in the exhibition that particularly stood out for you?

Those radios are interesting to me. They make me think of a placebo-effect, like, if you think this is really a radio, then it is. Medicine, or a psychiatrist, or music, they can all be placebos. If you believe it can help then sometimes it really does.

I should also mention Die Schauspieler though. That one really evokes a certain feeling in me. Suffocation… like, the silencing of something that’s different. Because she looks colourful and different, but then she’s wrapped in that blanket, like she’s not allowed to show it, or be who she wants to be. 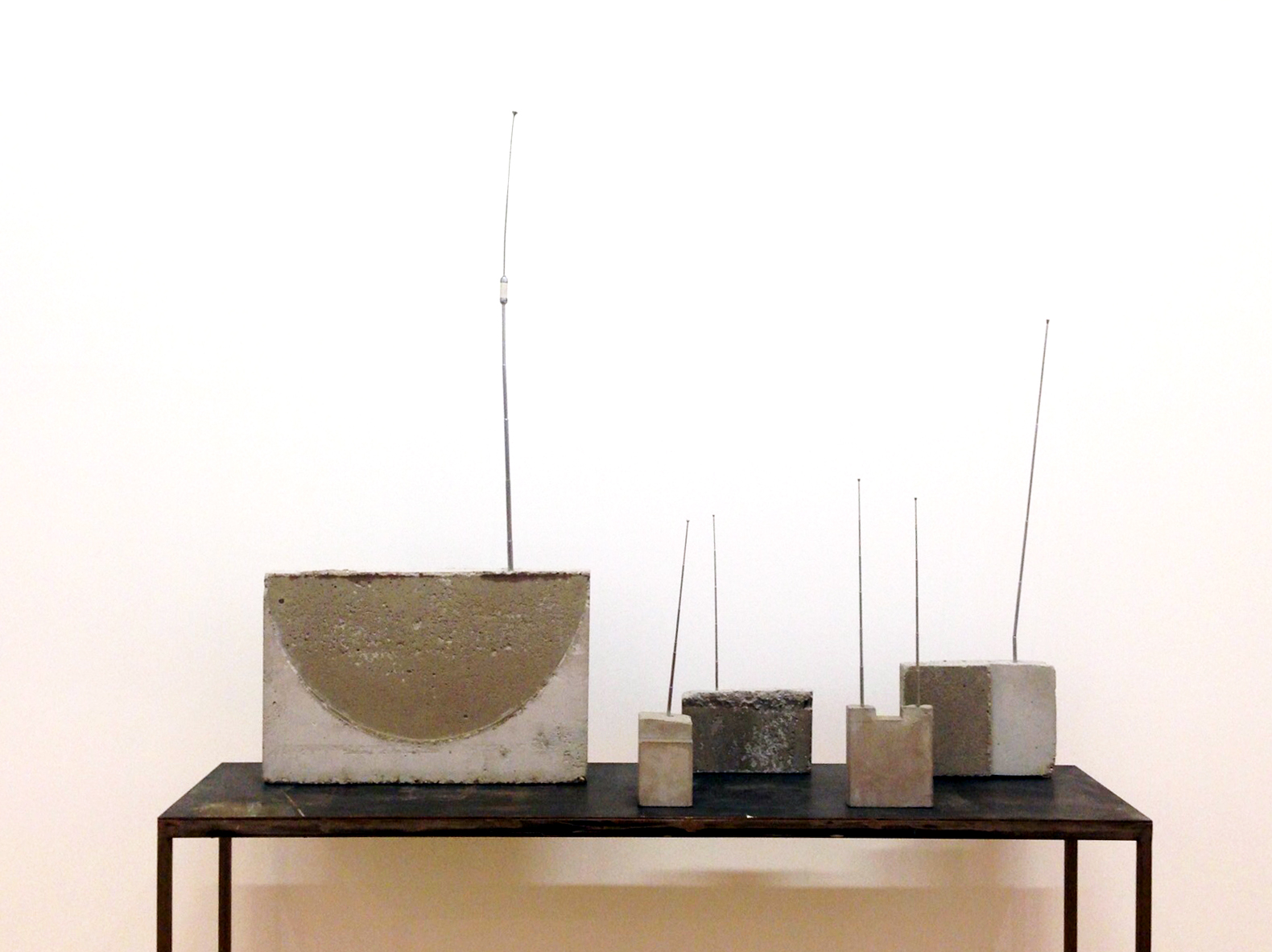 Do you relate to that feeling?

Yeah I do recognize it I think. It’s not something that I’m dealing with right now, but often when someone is a little bit out of the box then very quickly, they get pushed back in line. I do feel that a little.

You mentioned Berlin flee markets, are those the kind of places where you find your inspiration?

I get inspired by the people around me. And by traveling, those kind of situations. For writing music, I use it to deal with things and give them a place, it’s really a kind of therapy for me. I got to know myself a lot better through music.

Genzken made a work featuring her grandparents, the video ‘My Grandparents in the Bavarian Forest’, is part of a series in which she investigated her role models. So, speaking of people who inspire you, I noticed your grandparents are actually featured in the documentary BNN made about you. Did you intentionally include them, are they also your role models?

Yes, I wanted to say something about that because I think it’s really special that Genzken included her grandparents, and I completely understand it. In my own work I think it’s because I thought, if you make something and it will last, it will be forever. So it has to include what’s important. It think that’s probably why Genzken did it as well, it’s important to have your grandparents there. They’ve been through so much, you want to include them and want them to be proud. I’m not sure how to explain it, but you know, they’re part of it, part of you. 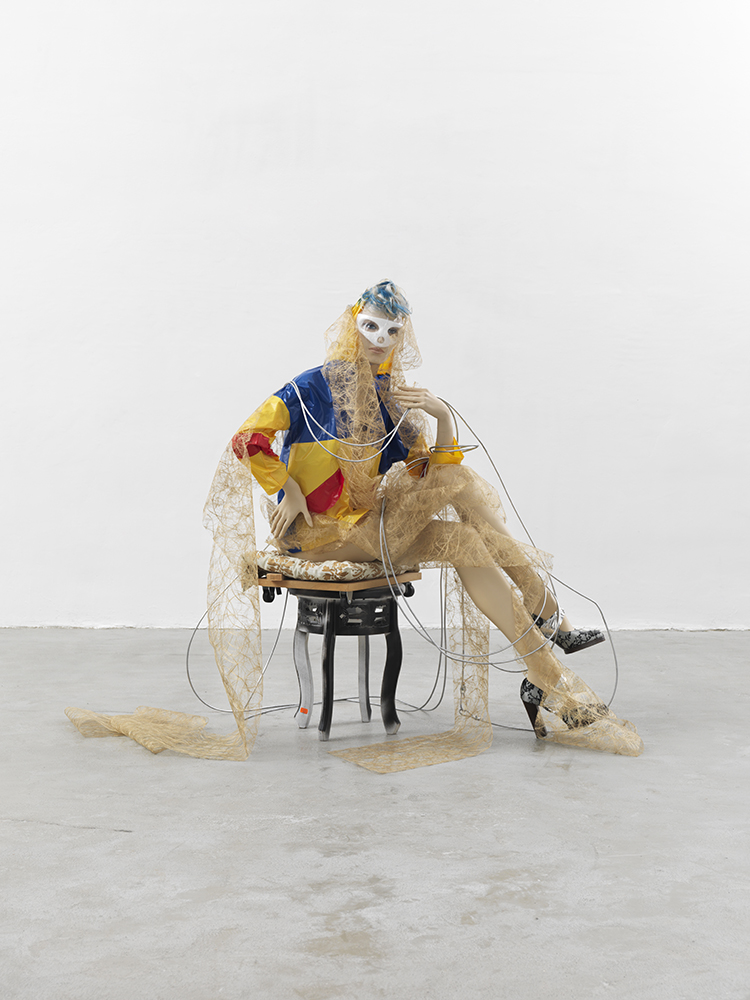 What do you think is next for you? You’ve recently won a big award, you’re doing well, does that effect your work?

It’s not something I pay a lot of attention to. I mean, it’s nice, but the real victory for me was putting out an album in which I put my all and that I am really proud of. Don’t go looking for awards, you have to keep looking for yourself.

That sounds like something Genzken is doing as well, constantly evolving, forever looking for ways to make things better, make yourself better.

Of course when I first started there were a lot of people pushing me in different directions, didn’t feel right at all. I think winning that award did liberate me a little. It gives me the confidence to be more free in my work, be more myself. Now, I’m surrounded by good people, they give me space and protect me. But yeah, you really have to fight to be an artist.

The exhibition Isa Genzken: Mach Dich hübsch! is on view at Stedelijk Museum from 29 November 2015 until 6 March 2016. We’re giving away a catalogue and 3 x 2 tickets to the exhibition. To win, email mailinglist@subbacultcha.nl with Mach Dich hübsch in the subject line.
Tweet