I don’t know Lonnie Holley. I know he was born in 1950, the seventh son of his mother’s 27 children. I know that he claims to have been traded for a bottle of whiskey at the age of four. I know he started out as an artist carving tombstones after two of his sister’s children died in a house fire. I know he sings while making his paintings and sculptures, and started recording those songs on tape to pass around among friends. I’ve seen some of his art. I’ve listened to his records. I’ve read about his life story and I feel like I now know more about his life than I do about my own. Yet still I don’t feel like I know him. I feel like he knows me, though. Like he knows you, too.

The closest I feel to knowing Lonnie Holley a little is when I listen to his music. It’s soulful music. His songs sound like prayers from space, saying grace to the universe. Apart from his reportedly watching a lot of science-fiction movies as a kid, the music doesn’t seem to be influenced by anything or anyone.

When I listen to his music I feel like someone’s watching over me. Or something. What the hell. I think I’ve figured it out, though: Lonnie Holley must have a third eye. I don’t know where it’s located, I haven’t seen it in any of his photos. Nor have I read or heard any mention of it anywhere. But I know it’s out there. It’s watching over me. And it’s watching over you, too.

Editor Richard Cavendish’s authoritative Man, Myth and Magic has it that the third eye (also known as the inner eye) is a mystical and esoteric concept referring to a speculative invisible eye which provides perception beyond ordinary sight. The third eye is often associated with stuff like visions, clairvoyance and out-of-body experiences. Knowing Holley’s life story, I’m pretty sure he grew it the year he was tied down and made to sit on a pile of white rocks. In his own shit, piss and blood, with no one to talk to. Imagine. After a few months, you’d start having visions, too. You’d want to know when this torment was gonna end. And you’d very much welcome an out-of-body experience. So Holley grew a third eye.

It may not be a physical eye. Or if it is, it’s located underneath his skin. Or underneath my skin, your skin, everybody’s skin. Maybe he has seven billion eyes. But in all likelihood it’s a metaphysical third eye. It doesn’t really matter. Just buy the guy’s records and listen to his music. Can you feel his third eye watching over you? I think it just winked.

Lonnie Holley’s Keeping a Record of It is out now on Dust-to-Digital. He plays a Subbacultcha show at BIRD, Rotterdam on 03 September. This article was first published in the Fall 2015 issue of the Subbacultcha quarterly magazine. 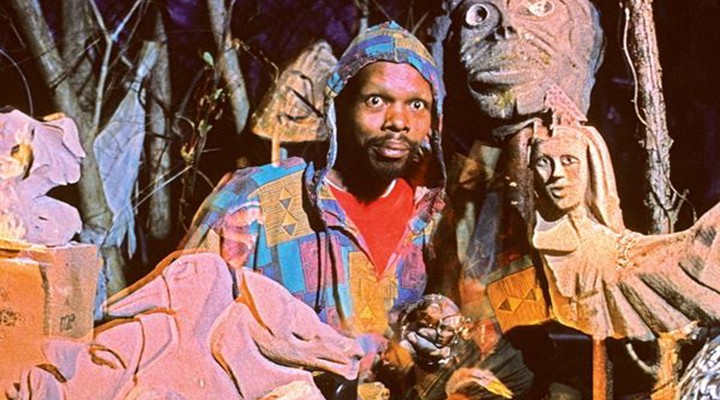