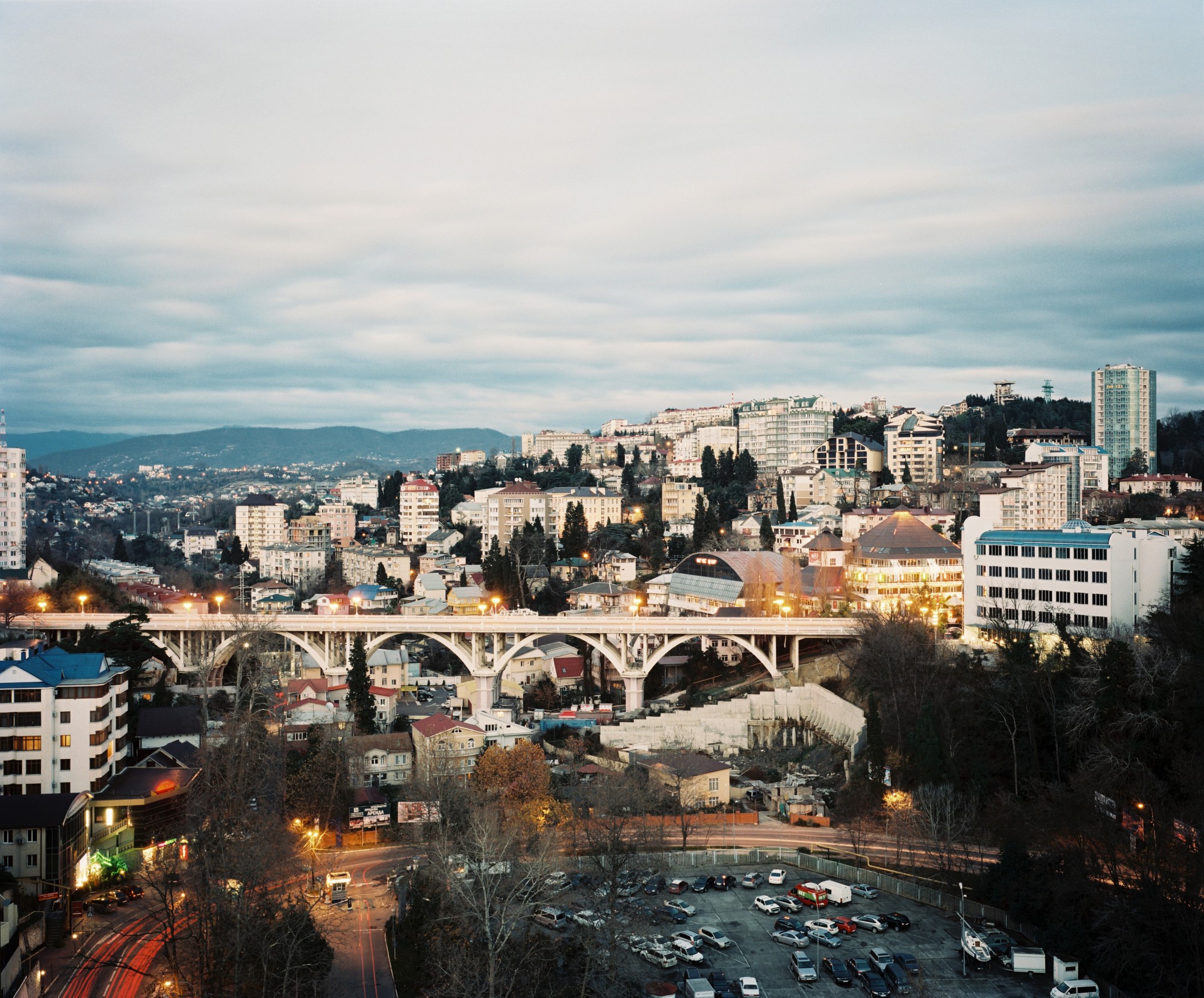 Sochi is a popular summer resort city on the Black Sea, where many Russian tourists, including president Vladimir Putin, go to retreat and relax. Russia is not known for it’s lovely weather, but Sochi is one of the few places in the country with a nice subtropical climate of hot summers and mild winters.

So, let’s just point out the irony of celebrating the Winter Olympics in the only place in Russia without much actual snow. Where last year there was a serious lack of snow due to a warm spell in February. Luckily, the Olympic organizers came up with a fabulous back-up plan. They started hoarding the snow, just in case a similar warm spell would occur this year. They piled up all the snow they could find, covered it in a thermal blanket and hoped for the best. If it the situation hadn’t been so poignant, it could’ve been a hilariously expensive practical joke. 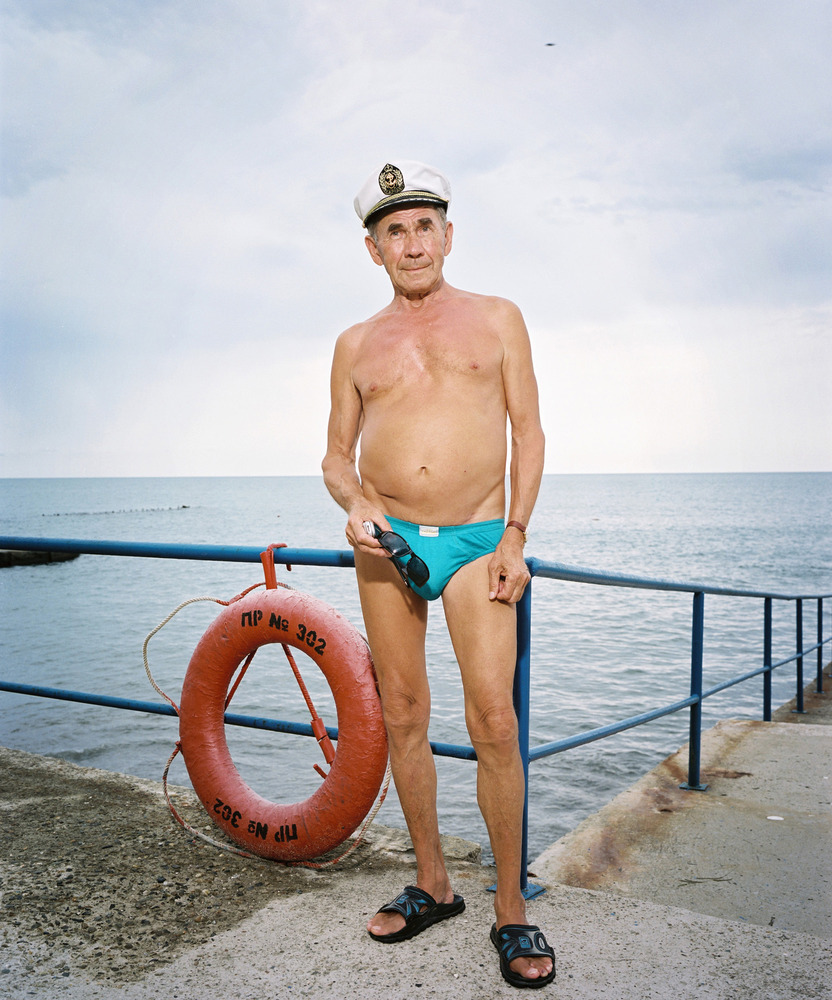 Sochi is a unique place with an incredibly complicated political history. It was one of Stalin’s favourite hangouts for example, and it is still surrounded by areas of conflict and severe poverty. The contrast with the decadence of the most expensive Olympics in history couldn’t have been bigger. As Van Bruggen writes, “Never before have the Olympic Games been held in a region that contrasts more strongly with the glamour of the event than Sochi. Just twenty kilometres away is the conflict zone Abkhazia. To the east the Caucasus Mountains stretch into obscure and impoverished republics such as North Ossetia and Chechnya.”  Without the texts of van Bruggen, it’s difficult to understand the full story behind the images. They provide the much needed descriptions of things that cannot be seen in the photographs and illustrate the context of the situation. The traditions and the people of Sochi, a place that will forever be impacted by an event that’ll only last 16 days.

Due to the nature of the project, and growing controversy surrounding the Olympics, Hornsta and van Bruggen are now no longer welcome in Russia. However, part of the Sochi Project is now on view as part of a retrospective of Rob Hornstra’s work. The full project about Sochi can be seen at the Fotomuseum in Antwerp. 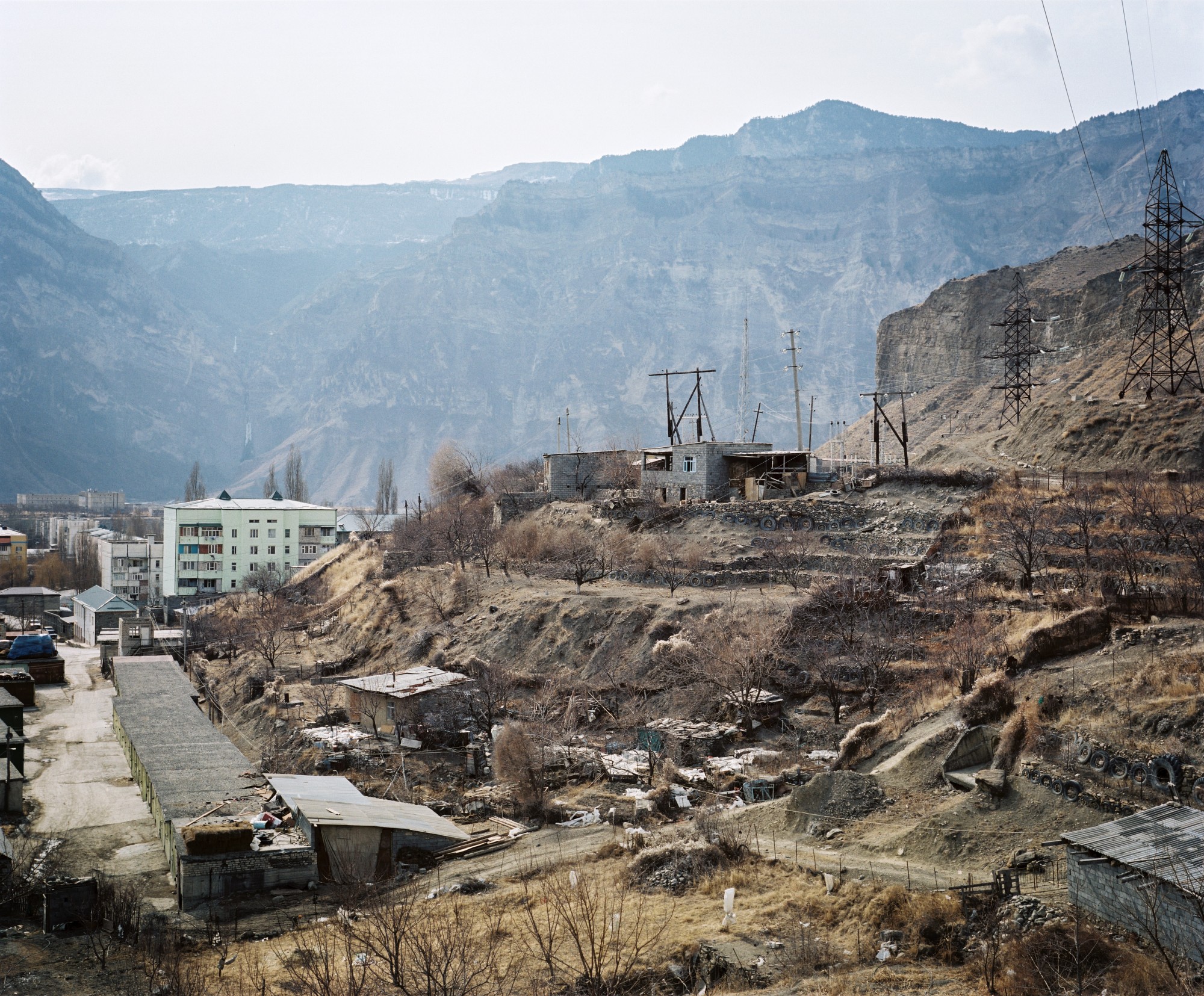 The exhibition at Huis Marseille, Golden Years / Rob Hornstra’s Russia, focuses on Hornstra’s vision as a photographer with great eye for detail and composition. Hornstra has been documenting Russia for the past ten years, only the last five of those working together with van Bruggen on the Sochi project. The exhibition shows an overview of several of Hornstra’s travels. The works are not presented chronologically, as is common for a retrospective. By combining the works thematically and by visual similarities, it becomes apparent that Hornsta himself is very present in his photographs and his clear, visual language hasn’t changed much over the years. You can see it in his carefully picked compositions, the way in which his subjects pose for the camera, the important role of the flash and the bright coloured backgrounds.

What gets lost in this exhibition is the context in which these photographs have been made. The different stories of the various projects are not made visible. This might be a very delibarete choice from Huis Marseille though, as most of Hornstra’s projects have already been published as a whole in beautifully designed photo books. For the exhibition they obviously made a different choice, to show the pictures in a museum context, where the images can be individually appreciated in itself. 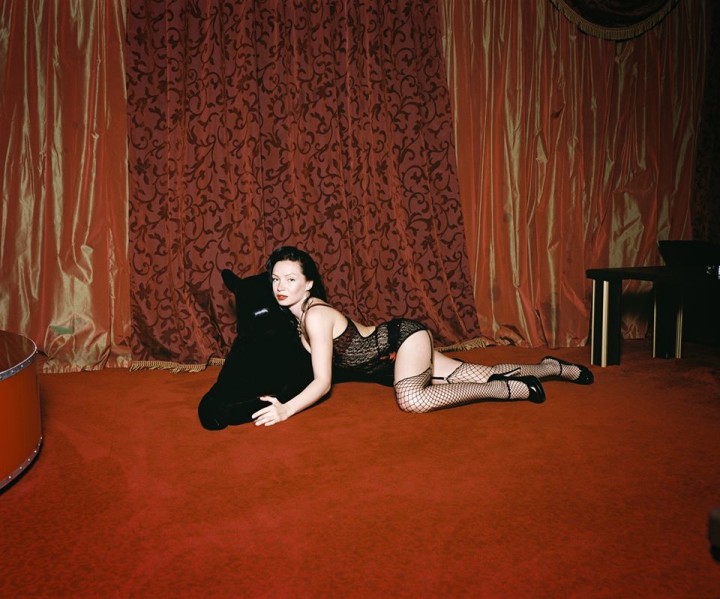 To get a better understanding of the extent of the Sochi project be sure to also check out the recently released book: An atlas of War and Tourism in the Caucasus.

The exhibition will be on until 9 March, but if you’re a Subbacultcha! member, you’ll be able to visit for free from the 28th of January until the 2nd of February. For more information, visit HuisMarseille.nl. 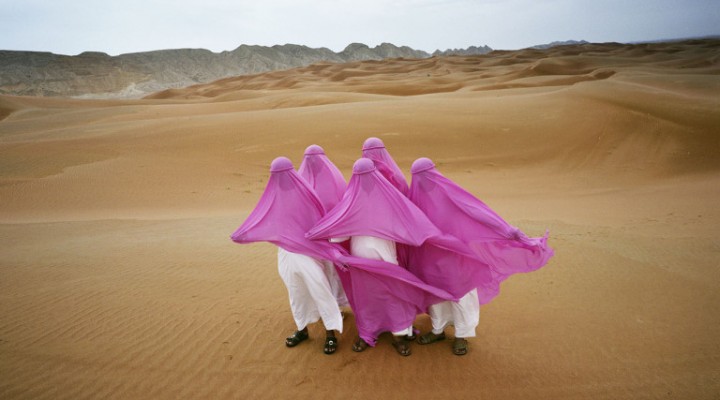 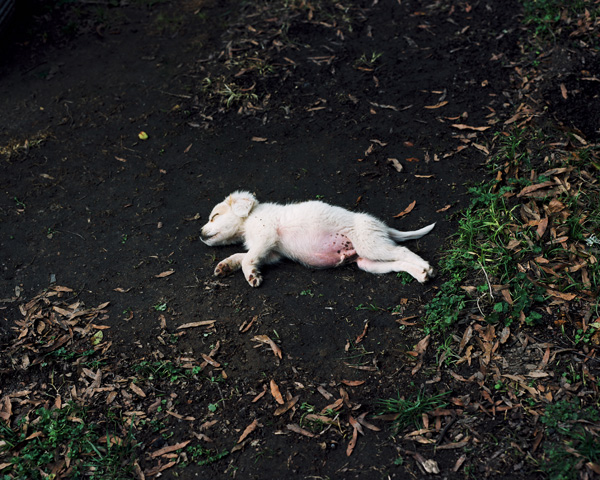 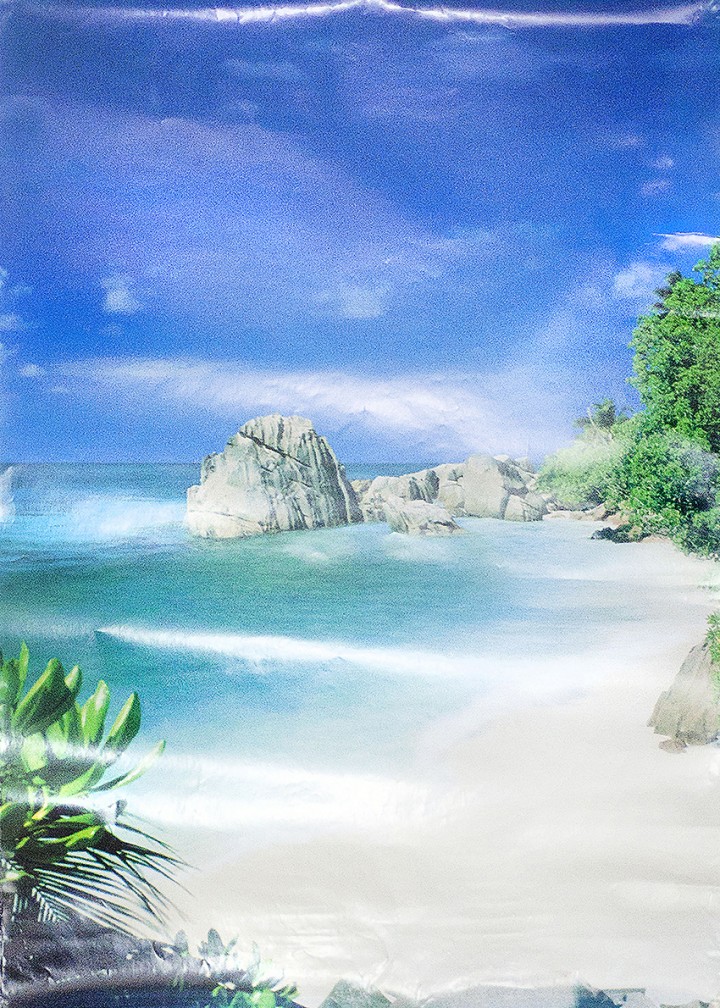 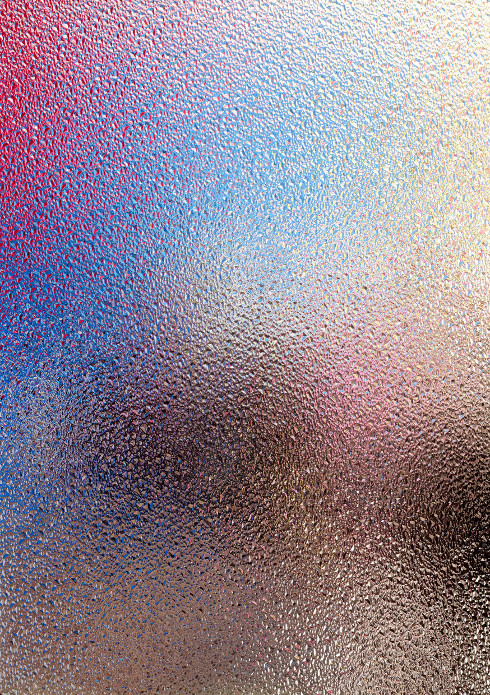