Destin Cretton’s critically acclaimed debut Short Term 12 was one of the surprises at last year’s SXSW. We met up with the filmmaker on canalside bench ahead of his Dutch premiere.

Celebrated indie filmmaker Destin Cretton has been touring Europe in support of the premiere of his film, Short Term 12. We sent Charlotte van Zanten over to interview Destin and free him from a cosy, albeit somewhat oppressive, press-basement to take him on a stroll along the canals of Amsterdam. After some chitchatting on the weather; the city and ADE, they perched on a bench overlooking the water to talk Short Term 12, Foster Homes and youthful playfulness.

Have you been outside yet? Or did you spend all day in the basement of the hotel?

Well since I got here. I arrived from FGent today and this is my first time being outside, walking around. It feels great: beautiful weather, beautiful city.

Of course! How was it?

I loved it, amazingly cute city and a very nice festival.
(Destin did not tell me that his film is competing for the top interim score for Public Choice Award. It’s neck and neck with The Lunchbox.)

Short Term 12 is set in a Foster Care Facility, I read that you used to work in such a place yourself. How did you end up there?

After graduating collage I couldn’t find a job, that’s how I got there. A friend of mine was working there and he told me to go and apply. And so I stumbled into it not knowing what I was getting into. I didn’t realise how difficult it would be.

I guess that, of all of the characters in the movie you would be Nate?

(Out of the three supervising characters in Short Term 12, Nate is the naive, undamaged law-student trying to get some life experience at the Foster Care Facility, but without a clue of what he is getting himself into)
I was! I thought it was going to be like a camp and that I was going to be the camp councillor. That I would be fun guy that everybody likes but I quickly realized how much more complicated it was. To me it started off being really scary but it ended up being the most important experience of my life so far.

Do you think making this movie was a way to relieve yourself from your experiences there?

Yeah, I’ve thought about that. And I think I’m still processing what the making of this movie means to me personally. But if you make a connection with the characters you can see how they use art to process their feelings. It’s something the Marcus-character does through his rap songs, Jayden by her drawing and I think Mason does it by story telling.

Yeah, that definitely is a way!

But then there is main-character Grace. She seems to be the only character who does not have a way to express herself. Do you think it is possible that, by saving or curing someone else, as she does in Short Term 12, you can deal with you own problems more easily?

I think it’s less about curing someone else or to cure yourself, I think it’s more about the idea of community and sharing. Sharing common hurts and experiences with somebody is something that she had never done before. She had always kept it to herself. I think that’s most definitely a lesson I am learning, constantly learning, myself as well.

Sometimes it’s hard to share, even if one knows it would only be a relief.

Yeah, it makes you very vulnerable. It’s like taking your clothes off; it’s a really difficult thing to do.

If you weren’t a filmmaker, would you still be working in the Foster Care Facility?

I don’t know… It’s a hard place to continue to work because they don’t pay you very much. That’s one of the biggest critiques on this job. But I am still teaching Film and Video part-time on a High School now because I like working with teenagers. They are very inspiring: they have the ability to be optimistic. Even the teens in the Foster Care Facility, after all the stuff they had gone trough, most of them had an optimistic view of the world. That is quit refreshing.

What’s the difference between a teenager and a person like Grace, a person in her twenties not being able to express the way teenagers do?

At the time I was working in this place I was in my twenties and I was confronted with the world as a terrible place to be. It was a complete brain overload of experiences and I became so cynical trying to make sense of it. Why does there exist so much ugliness? Why is the system so broken? Why didn’t I know about this my whole life? I tent to be like Grace, a bit heavier, but I want to be like Mason.

(laughing) Yeah, all problems would be solved.

Your movie isn’t cynical at all. In fact, that was one of the strongest aspects to me. How did you get over that cynicism that crept into you?

If I would have made this movie in my twenties it would have been completely different. I guess I found out cynicism doesn’t help anybody. It’s also a way to reveal problems but I don’t think you have to be cynical to do so.

I think there is something really lovely about Mason and his view on life because I don’t think he is ignoring all the shit in the world. I don’t think he’s acting like things are perfect. He’s just learned somehow to confront those things in a way that is still clinging to the ‘good’. A lot of times it’s easy just to stare at all the shit and forget that there are beautiful moments that happen between all the people all the time. Even in the middle of war, you will always find beauty. I wanted to find that balance.

Did you find that balance during the process of writing the script?

Partly, while writing the script I didn’t know what it would end like, weather it would be positive or negative. But it did feel like I was cathartic to go trough the journey with those characters and at least, not that I had a big conclusion, come to a place where Grace is beginning to try. The moment she is bouncing in the bouncing castle to me for example is a moment of beauty, where you can see who she would have been when she hadn’t go through all that stuff. She would just be a happy little kid. It’s so sad that at some point we start feeling like we can’t be silly anymore.

It’s sad and really stupid! When you become older you almost feel forced to lose that silliness and playfulness, while being playful or creative can relieve all of our stress as you see when working with teens…

That’s a good thought. I actually haven’t thought about it, but it’s probably the reason why Mason is who he is: he hasn’t lost that playfulness!

…or as you can experience yourself being a creator I can imagine. You are constantly processing experiences, not just what you endured during your time at the Foster Care Facility. Are you working on something new?

I am, I started a week ago. It’s great to be working on something new and I experience Short Term 12 from a whole different level now. You got me at the right moment talking about the film.

A week ago! Such a fragile stage, I won’t ask anything more about it. I’m just looking forward to watching your new movie and I hope we’ll be able to discuss it someday. Now I have to bring you back to the basement or we’ll be in trouble!

Short Term 12 premiered in the Netherlands at the end of last week. Subbacultcha! members can catch one of three screenings at LantarenVenster, Rotterdam free of charge on 22 October. 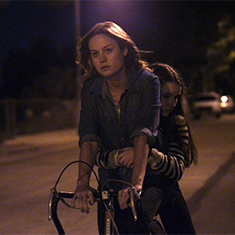 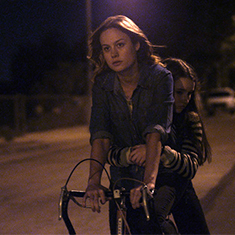 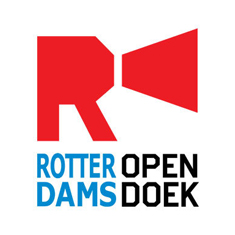 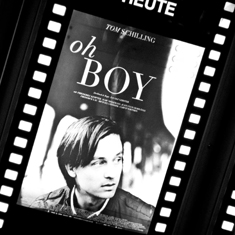