Sound artist Sugai Ken produces ambient sample-driven soundscapes inspired by Japanese culture, folklore and his home of Kanagawa. His 2016 On The Quakefish release on the Amsterdam-via-Melbourne label Lullabies for Insomniacs brought him to a larger consciousness. More recently, UkabazUmorezU came out in October 2017 on New York label RVNG, donating a portion of the proceeds to Tsunami Relief in Japan. We sent over some questions to submerge deeper into the sounds of Sugai Ken. His answers, translated from Japanese, tell tales of field recordings, the importance of nature and inspiring rituals.

Can you bring to life some of the places you collect samples from?

I collect samples from all around me, through the seasonal transition in Japan, the tangible and intangible culture of Japan. While my home country is usually at the center of my work, foreign cultures can also have a big influence on it.

Right now, can you describe your surroundings to me?

I love songs that tell a story and I try to be mindful of that within my work.

I moved into a room with a better view recently and I am looking out over the cherry blossoms that have just started to bloom in the park out front.

When you listen to Goto No Yoniwa, and other projects that are so closely tied to a particular location, how does that relationship to place change for you (if at all)?

When I listen to songs that have strong ties to a particular location it affects my senses – all five of them.

Can you explain what UkabazUmorezU best translates to, and what this says about your approach and musical practice?

It is difficult to translate UkabazUmorezU because it is a coined word. However, there is a wishful saying that stems from it that can be interpreted as “To persistently believe in yourself through the current of time.”

In both Goto No Yoniwa and UkabazUmorezU you work inside the themes of nature and nighttime, what is it about the combination of these two that resonate with you?

These two themes are extremely important to me. Many artists have had a great influence within my work. For example the work of Musō Soseki, who I hold in really high respect, creates works of zen art that embody nature. Or Zeami who has written about looking for the truth in the darkness of the night. Additionally, I have recently found myself very interested in how deeply the Chinese culture is rooted in the Japanese culture.

…music, just like life, ebbs and flows with time.

Although there’s a clear affinity to place and nature in most of your tracks, a few of them (e.g. Katsura and Wochikaeri To Uzume) are really vibrantly cartoonish. When I listen to them, I picture a children’s comedy sketch. How do you picture these tracks? What is the intention of these sounds?

I love songs that tell a story and I try to be mindful of that within my work. I am aware, however, that both my ability to express and my musical skillship are far from where I would like them to be. I think I need to be studying more. There is not enough purity and accuracy within my music.

You’ve spoken about rejuvenation and deterioration in relation to your work. Can you tell me what you understand by those terms?

I view them as transient with relation to my work. Music is an intangible art. I believe that, to some extent, there is this perception that captures the evanescence of life. But music, just like life, ebbs and flows with time.

How do you feel your music fits in to a wider musical environment/history? I’ve noticed a lot of references in reviews to Kenji Kawai, Midori Takada and Hiroshi Yoshimura and I wonder if that’s purely based on geography or if you feel your music is “Japanese”.

Kenji Kawai, Midori Takada, and Hiroshi Yoshimura are all great people that I respect very much. I don’t feel like there are similarities between their music and mine. Their music is very sophisticated.

In Japan Namazu [catfish] is considered to have relevance to earthquakes.

Can you tell me about some of the folk traditions that you take part in, or that influence and inspire your work?

There is a proverb that can be interpreted as “seeing something once is better than hearing it a hundred times” (Similar to the American saying, “A picture is worth a thousand words”). Please take a look at the videos below. I believe that it is easier to understand to look at the videos rather than explaining it with words. I am inspired by these things as well.

How do you bring your live performance to life? Are there new things you would like to experiment with or build on?

Recently, I’ve taken the approach to remove visuality by playing in a very dark room. That way the audience has to focus on the music itself.

OK. Last question: What is a quakefish?

It is a Namazu (catfish). In Japan Namazu is considered to have relevance to earthquakes. I included it in the name of my record because in Japan, there are areas which are fated to have earthquakes and there is no escaping them. It’s crazy for the Japanese government to reopen the nuclear power plant in such territory.

Sugai Ken takes on The Rest is Noise at Muziekgebouw aan ‘t IJ on 13 April together with Yasuo Sugibayashi in a Lullabies for Insomniacs label night. This show is not free for Subbacultcha members. 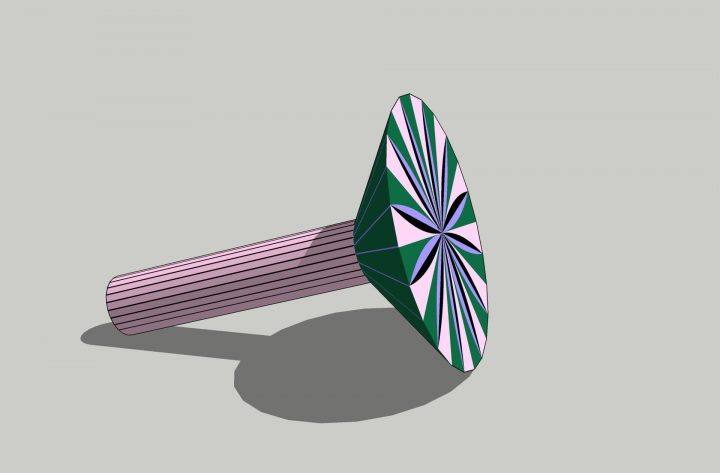 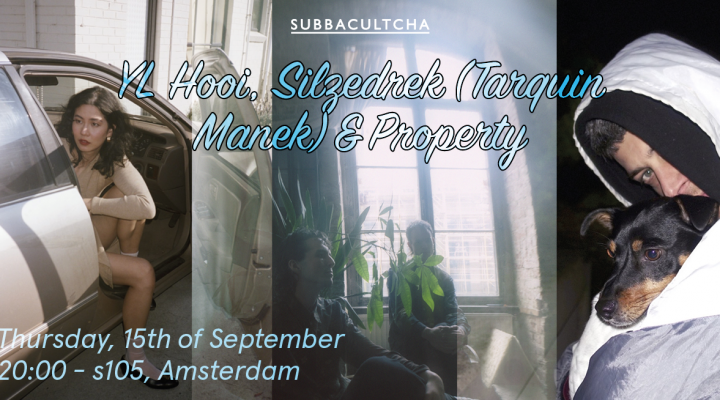