Interview by Sydney van Nieuwaal
Visuals courtesy of the artist

Robert Henke is a composer, artist and software developer, whom you might know from musical project Monolake or as co-creator of Ableton Live. Kicking off the decade, Robert has created an ode to long-surpassed technology with an audio visual performance about “the ambivalence between contemporary aesthetic and the usage of obsolete and limited technology from 40 years ago.” For his CBM 8032 AV performance, Robert got his mitts on five ancient Commodore computer’s and tinkered on them for three years. The process and the results could be labelled as cerebral and complex, but take a close look and see that they’re also really pretty. 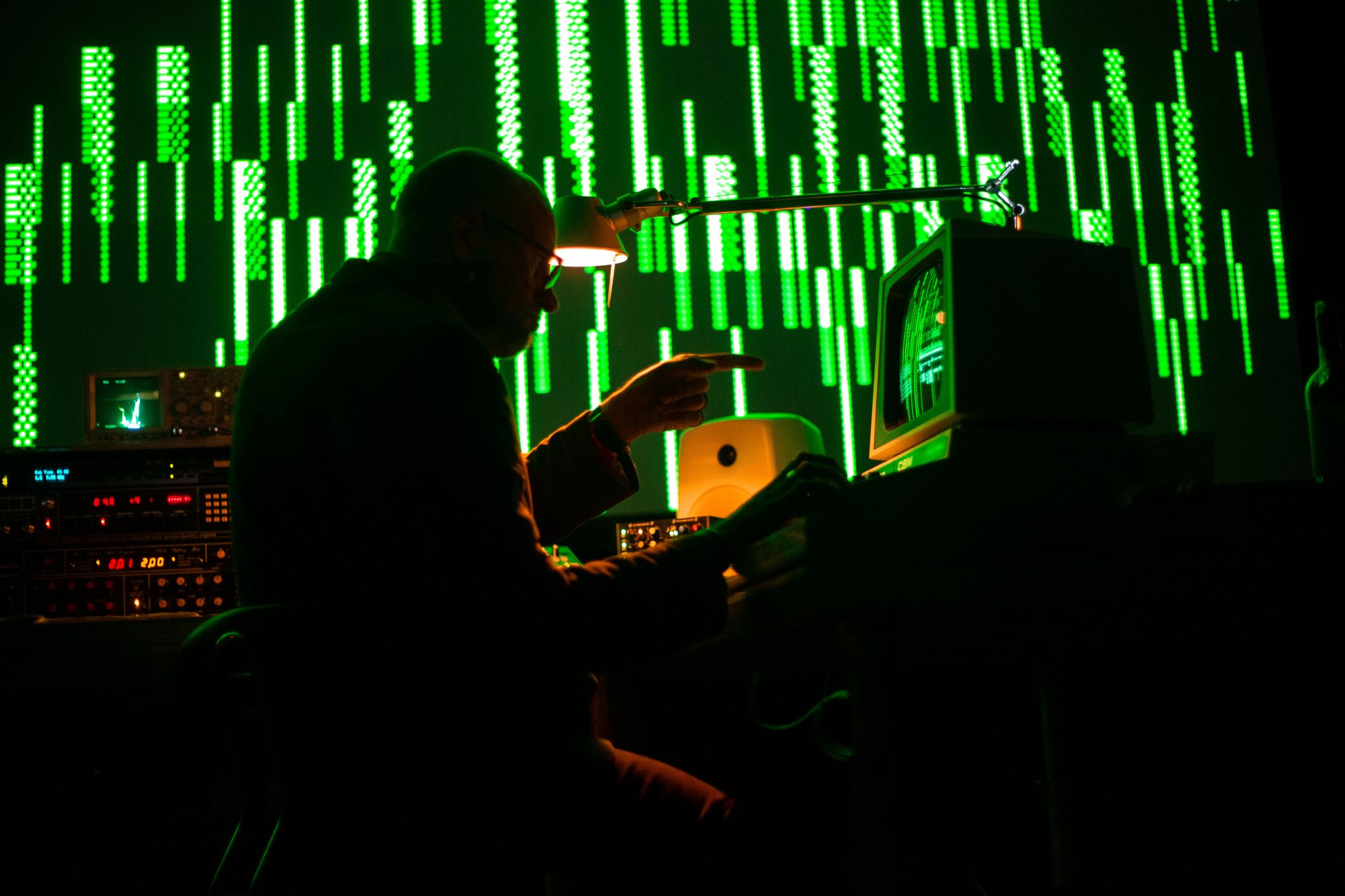 Hi Robert, thanks for checking in with us! The CBM 8032 computers you’re using were never meant to be used for the creation of audiovisual art. Could you tell us something about the friction in the process of trying to pull that out of them anyway?

The computers are slow, which means the code has to be short and very optimised. The best way to approach this is by finding ways to do things that do not need much computing power but still look or sound good. This leads to a strong dialogue with the machine. The structure of code and hardware suggests certain things, that has a strong influence on the results. Creating perfect white noise is very complex and takes a lot of computing power. If we use a very simple random generator, we’ll get very ‘bad’ randomness and hear distinct harmonics in the sound. Ironically, this is good for us, since it sounds far more complex than perfect white noise, but is technically more simple. As a next step, we can create variations of all that randomness where each variation has its own ‘flaws’ – translating to visible patterns in video or specific timbres in sound. So, instead of trying to be perfect, we work with what the system has to offer. In dialogue with that we develop our results. If there’s only a limited palette of visual shapes, sudden timing and placement becomes essential. So, each limitation is an invitation to shift the focus to a different area, which in this case is the interaction between simple elements. Artistically this is highly satisfying.

It sounds paradoxical: aiming for innovation or trying to gain something within restraint. What do you find beautiful about working within self-imposed limitations?

‘We were extremely surprised how far we could go and we’re still not nearly at the end of what’s possible.’

The limitations force us to understand the essence of what we’re trying to express. I trust my feeling in the first place, that there’s something to discover within a certain set of self imposed or inherent limitations. Then I see how far I can go from there. In the case of the old computers, we were extremely surprised how far we could go and we’re still not nearly at the end of what’s possible. 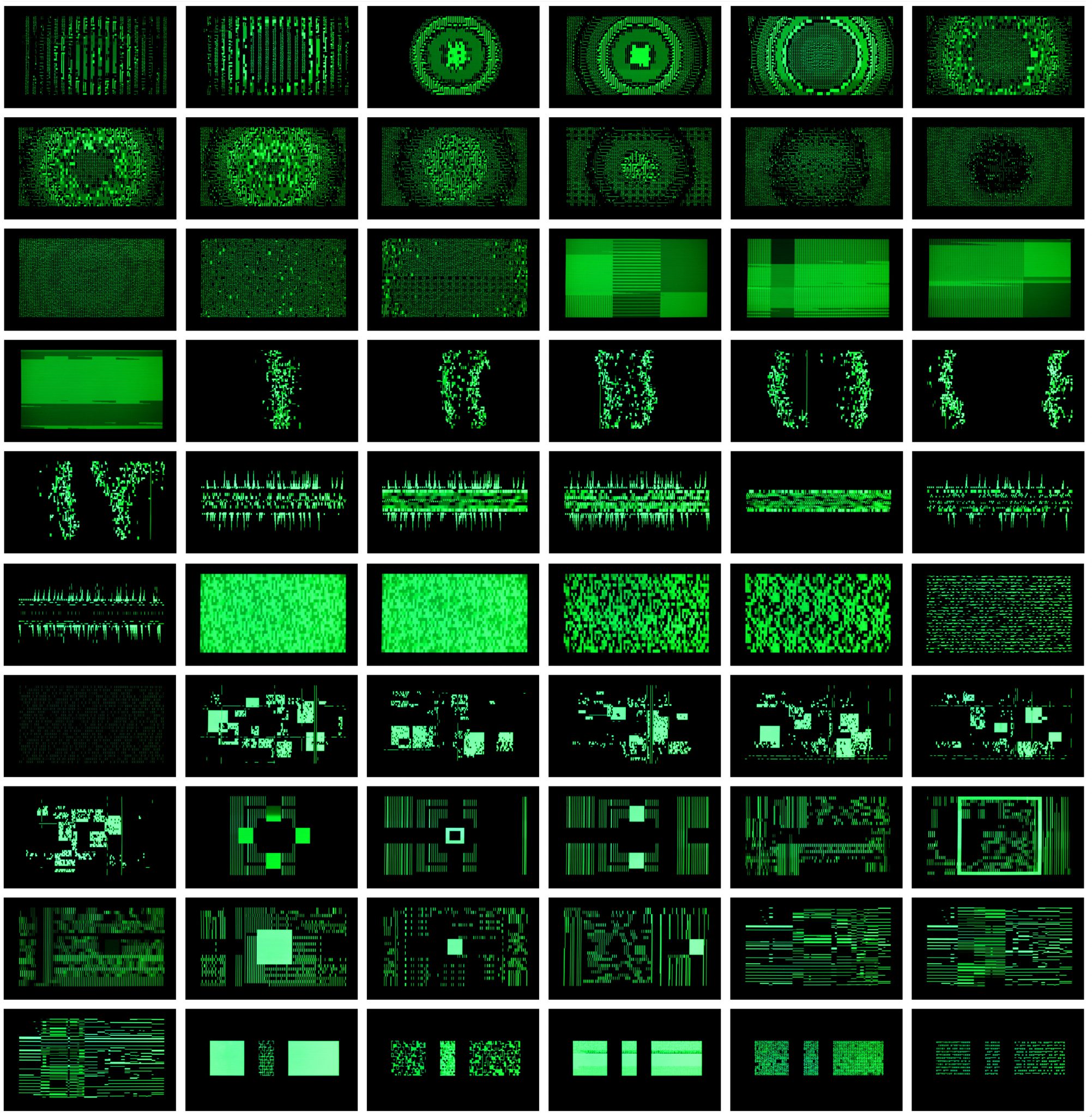 To quote you: “This work is about the ambivalence between a contemporary aesthetic and the usage of a very limited technology from 40 years ago. Everything presented within the project could have been done already in the 1980, but it needed the cultural backdrop of 2019 to come up with the artistic ideas driving it”. Could you describe the cultural backdrop that facilitated the artistic input of the project?

There are at least two things here. For one, there is a new interest in reduced minimalism as a counter movement to that ‘fully immersive 8K video + VR + interaction + AI world’ we’re in now. We suddenly started seeing the power of ‘primitive’ strong gestures, since we don’t perceive them as limited but rather as ‘bold’. And second, there are all these cultural references that become more significant because they feel so far away: the green screens of the computers on board of the Nostromo in Alien, the computers of the Wall Street movie, The Matrix, etcetera, etcetera. These are all references which get their own life in new computer games today. The past becomes interesting again from a different angle.

You stated that each human – machine interaction is a human to human interaction, since humans built the machines in the first place. In what way did decomposing and analyzing the computers allow for a conversation with their creators?

‘It’s possible to apply concepts of elegance to engineering.’

It’s possible to apply concepts of elegance to engineering. Programming the old computers required using ‘machine language’. This is the code that is directly read out by the CPU inside, step by step. There, the code is physically represented as eight signals, on pins on the chip. Inside, those signals do relatively simple electrical things, but, due to a very smart combination of such things, the computer is ‘turing complete’, which means it can possibly do ‘everything’. And it can do a lot of that with quite some elegance.

This elegance shows itself when one tries to do stuff with them. Think of a house that’s arranged in such a way that everything can be reached with minimal effort. When experiencing this one cannot help admiring the (system’s) architect. You’ll come across parts which will make you laugh or nod, as you think: “Yes, of course you did it like this, and I bet you were trying to do it the other way at first (as we did when trying to understand it) and noticed it needed to be different.” In a way you follow the path of those who build the machine 40 years ago. 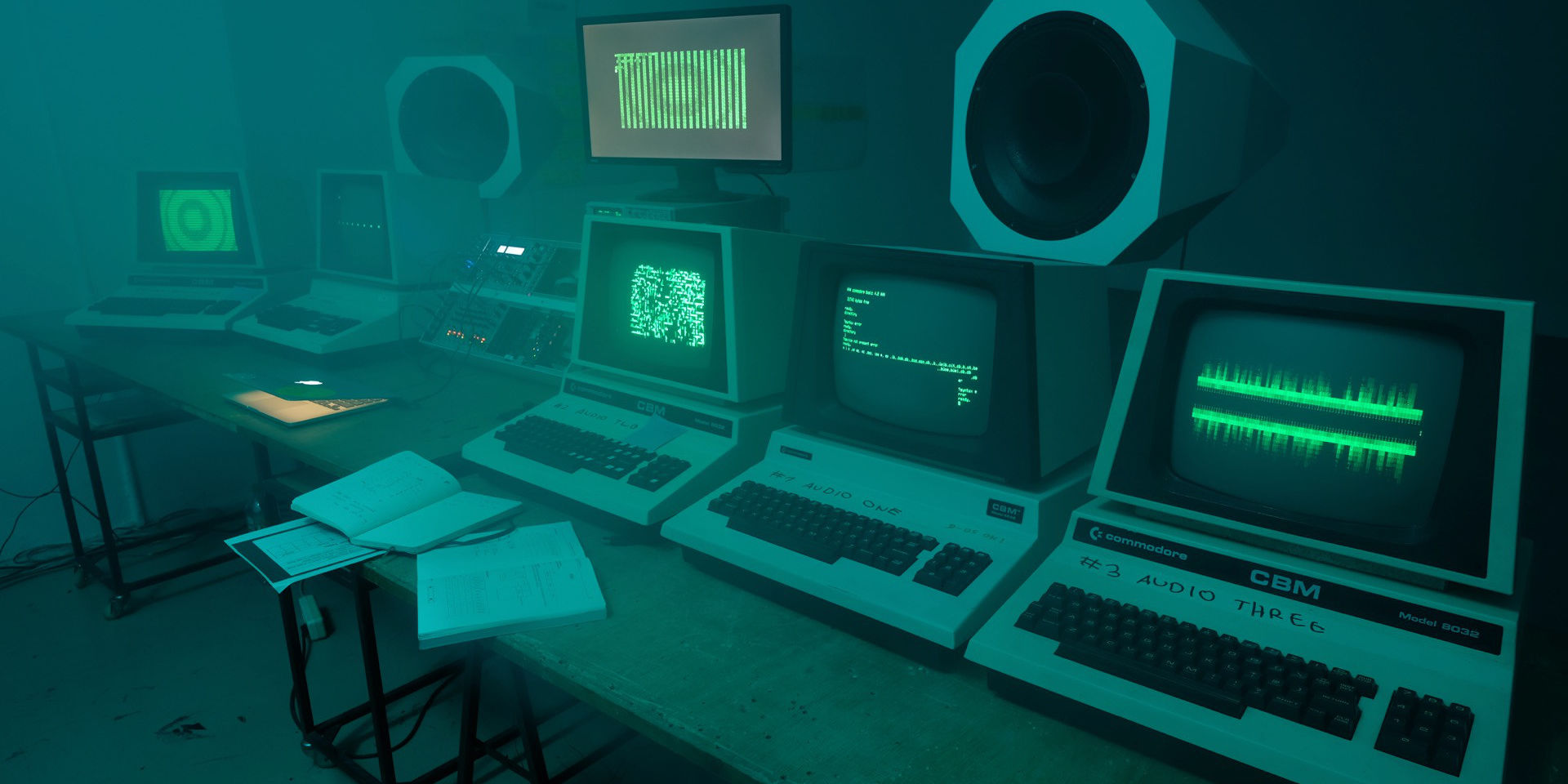 To quote you again: “By being able to completely take over a computer system to do nothing but running our own code, clock cycle per clock cycle, one million times per second, we gain an experience of power that is very different from being a guest on a contemporary environment where hundreds or thousands of processes run at the same time, most of them unnoticed by the user.” How far did you have to zoom in to reach this point?

Not that far. Those machines are open books. The hardware diagrams fit on ten A4 pages of paper, the instructions to program the CPU are 40 pages in a book, and that’s mostly it.

What was the moment of gaining full control like?

Very satisfying. We had a situation once where we didn’t understand why something worked only sometimes. We were very worried, because nothing is worse than crashes you’re unable reproduce. After thinking and trying for an entire day, we finally found the issue: a combination of our code and an oversight concerning the behavior of the hardware. Once we found it, it was all totally simple and clear. That was a great victory.

Sick! Is there improvisation involved in the act of performing?

Yes. I have a lot of control over the sound, the patterns, the tempo, etcetera.

Do you still run into surprises while performing?

I hope not. But actually, I performed it only twice so far, so there is still a lot to discover whilst playing.

To finish off, what’s so beautiful about that monochromatic green?

It’s not just that. It’s the absence of digital pixels, it’s the complete blackness of the screen where it is off. It’s the afterglow of the phosphor that creates a specific motion blur. It looks very different from the screens we’re exposed to nowadays. It simply looks magical.

Robert Henke will perform the Dutch premiere of CBM 8032 AV at FIBER X The Rest Is Noise at Muziekgebouw aan ‘t IJ, Amsterdam on Saturday, 4 January.