Ahead of her the opening of her solo show – UU TWOO – at Brakke Grond, we caught up with Belgium artist Ode de Kort. Developing a series of performances, photography, installations, videos, she invents a surrealist landscape of iterations. Ode centres herself around the circle: an oval or half-formed “U”; words that slip and shudder out of place. A two-letter alphabet; a score, a cut-out silhouette for the body to interact with. 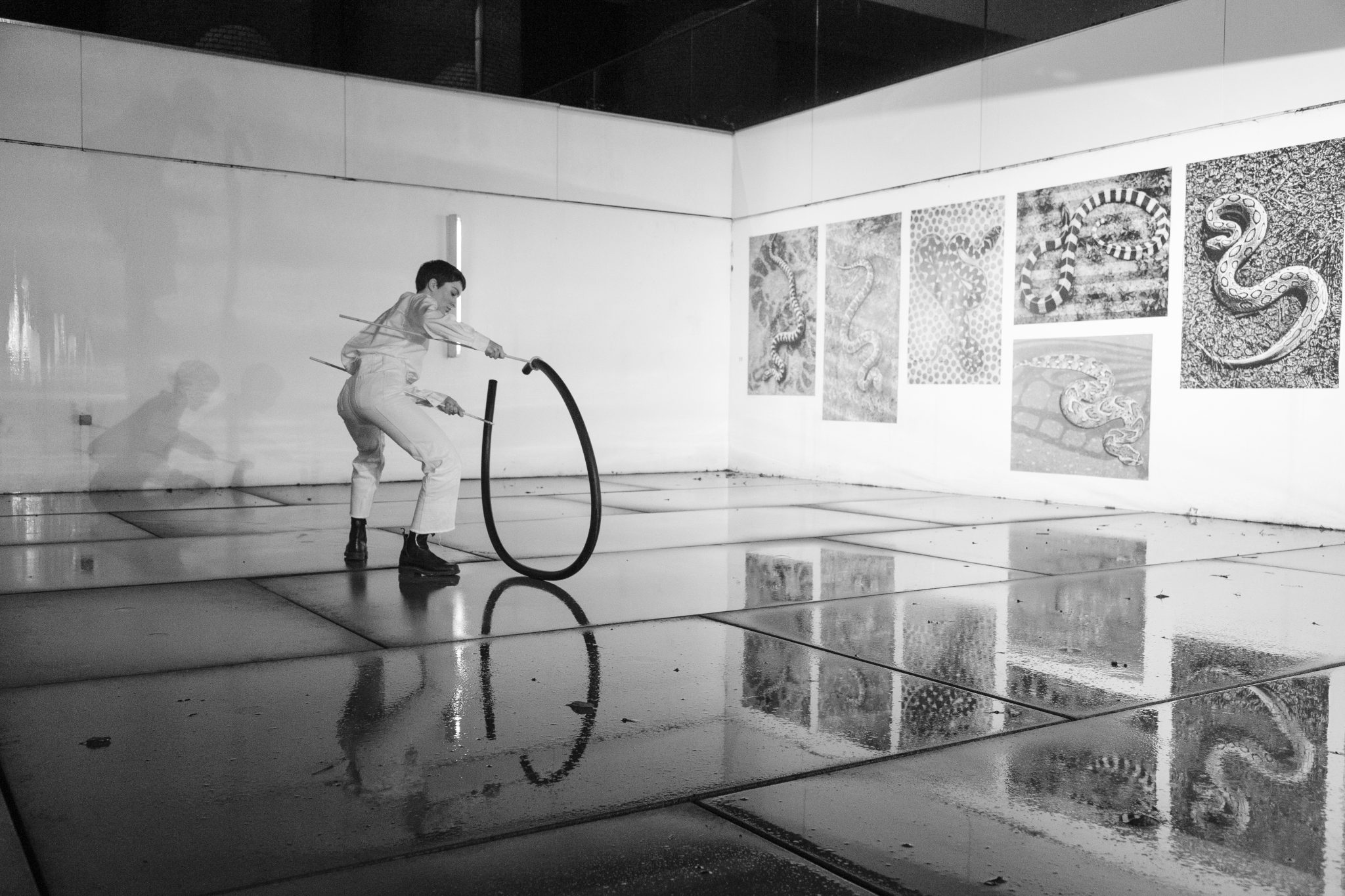 What is your inspiration for the upcoming exhibition?

Throughout most of my practice, my co-workers have been “O” and “U”. I do not solely see them as “letters”;  they are my colleagues and co-creators. As bodies, they are omnipresent in my studio. I consider their ongoing relation, how they constantly amplify each other. In contrast to the word “inspiration”, which sparks the idea of a sudden blow of insight, this exhibition is the result of constant collaboration, a working-together. And so the concept doesn’t just suddenly appear but is always at work. Hence the title, UU TWOO, is a bodily and linguistic play upon this idea. This shift amongst selves and others, a sort of mirroring that continues in TWOO UU, my other solo show currently on view at the SpazioA Gallery in Italy.

“You can only surpass the idea of repetition by even more repetition.”

So what exactly do you have planned for us at Brakke Grond?

Central to the exhibition are two large paper scrolls or landscapes onto which two new text-films will be screened. In these films, my writings from the past year are being put to work. These texts can also be found in my new artist book (designed by Ruud Ruttens), published by het balanseer and launched during the show. The films were also the starting point for the audio that sound artist and musician Inne Eysermans made for the exhibition. Staging a play of transliteration from script to body and back, an alphabet of legs stand out from the landscape, a score of P’OSES in which my body becomes a cut-out sign. Walking towards the last room of the exhibition space the visitor encounters him/herself in the footnote/rehearsal space.