Tyler Mitchell is history in the making. Astoundingly, he’s the first black photographer to shoot the cover of Vogue magazine in its 126-year long history. And, at just twenty-three, he’s is also one of the youngest. From 19 April – 5 June, Foam will be presenting the artist’s first solo show, featuring personal and commissioned work as well as two premiering films: Idyllic Space and Chasing Pink, Found Red. As with all exhibitions hosted by Foam, I Can Make You Feel Good is free to Subbacultcha members and is not be missed. 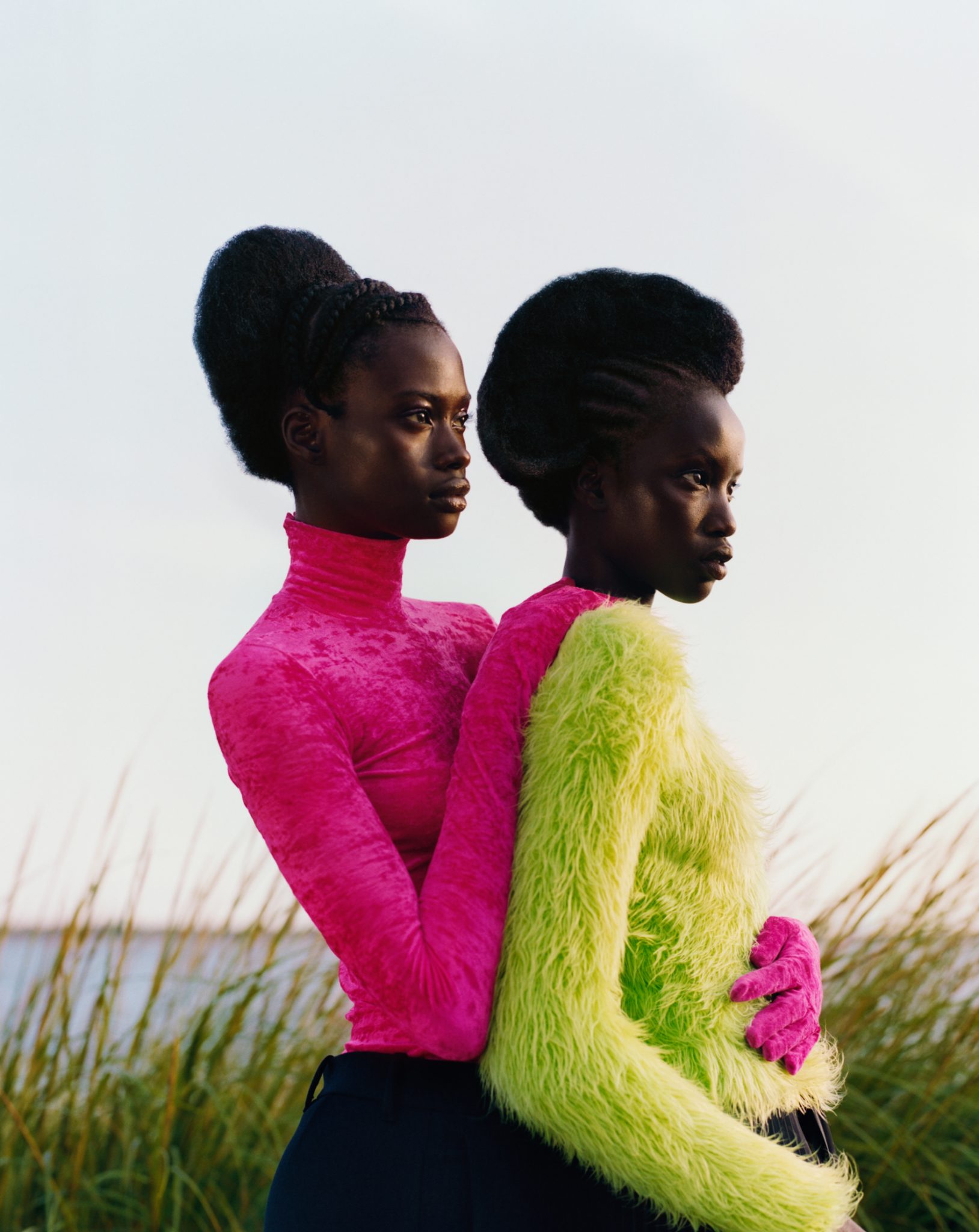 I seldom saw the same for black people in images – or at least the photography I knew.

Rejecting both the glossy starkness of fashion and supposed objectivity of documentary, Tyler instead proposes his own brand of “concerned photography”: image making of contemporary culture with an ethical imperative. As a teenager, Tyler spent a lot of time on the photography blog site Tumblr. “Growing up with Tumblr I would often come across images of sensual, young, attractive white models running around being free and having so much fun… I seldom saw the same for black people in images – or at least the photography I knew.” I Can Make You Feel Good pushes back against this lack. Tyler captures bodies that move freely and unselfconsciously through space: smiling, touching and expressing an unbounded, coy sensitivity. There is an omnipresent softness arising from the artist’s play with natural light. Whether his subjects are in outdoor settings or idyllic studio backdrops, they are bathed in a golden, dusty glow that is both regal and otherworldly.

In the exhibition space, ambient piano music creates a dreamy cloud. An ambiguously gendered person lies in a field surrounded by yellowing grass. A mother and child – both adorned in headdresses – are wrapped together in a shimmering blanket. This is an imagining of a different existence – a “black utopia” –  unrestrained by racism and prejudice. Listening to the classic 1980’s disco song by Shalamar by the same name evokes the same kind of desperate, desiring euphoria. 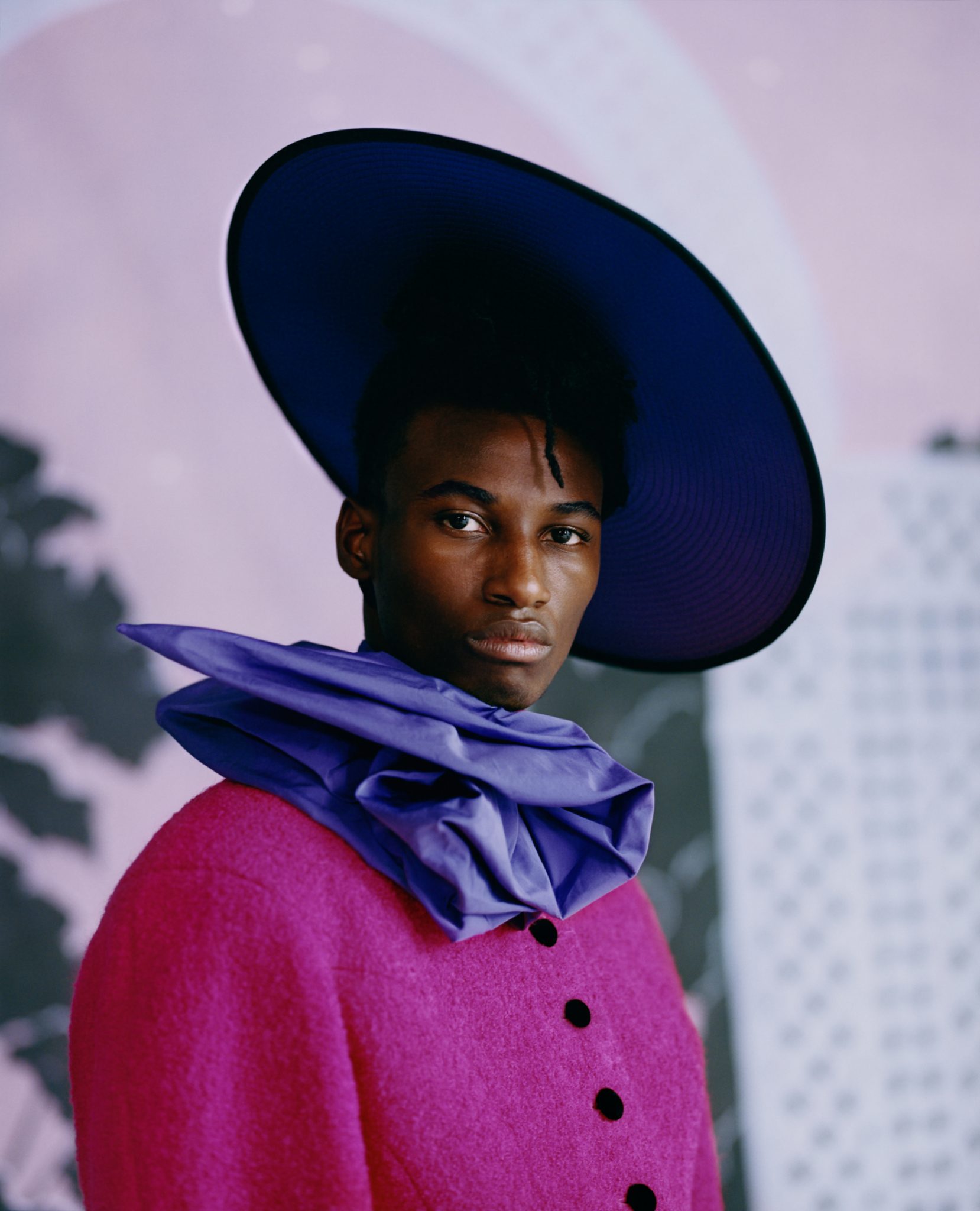 Yet this is not just escapism. Traces of the world Tyler longs to leave behind are everywhere. A pregnant woman opens her pleated white shirt in the style of the Virgin Mary. Two parents – each clasping a baby – smile warmly against a backdrop of a tattered and smoking American flag. A snapshot of an uncertain future and fraught relationship with the state.

They just see “black man”… I realised that after my cousin got shot.

In the video Chasing Pink, Found Red, the camera pans over a group of young black people in a park on a warm summer day. The scene is punctuated by a series of voices describing their experiences with racism and prejudice. American, British and African accents drift across the languid bodies, resting serenely on a checkered picnic blanket strewn with fruit, cheese and bread. “I have always thought of myself as Nigerian… and even within Nigeria, there are so many different tribes…but in the US the police don’t see that. They just see “black man”… I realised that after my cousin got shot.” Blackness here is not only a personal identity but a shared experience of oppression and solidary. Crowdsourced from the artist’s followers, the narration captures the power of storytelling via social media platforms to affirm individual encounters with systemic violence. 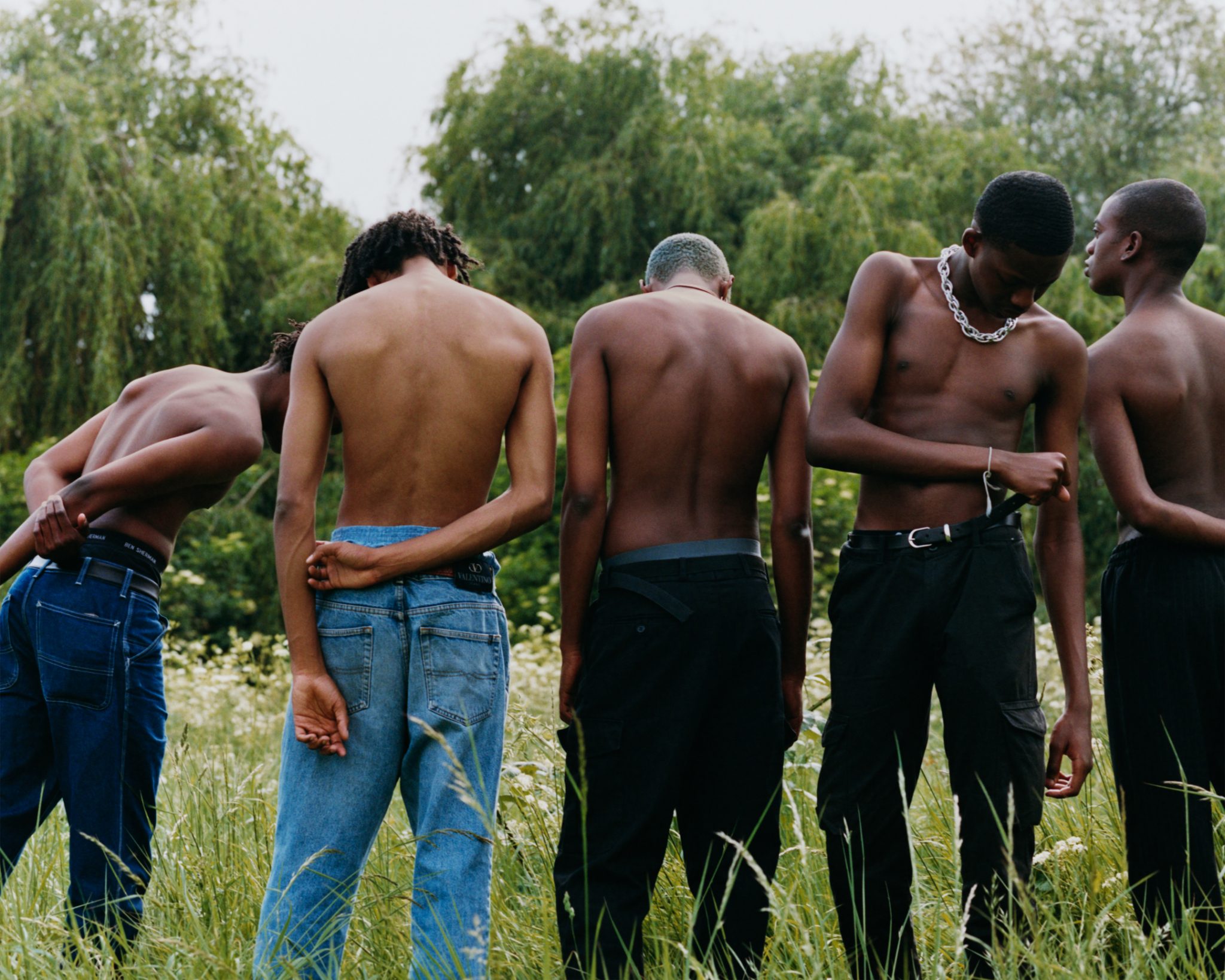 “I often use found images as reference points for my own work… I’ve laid out images and publications that not only inform my work aesthetically but also place it within a greater context and lineage of black image makers and black imagery.” A display cabinet holds a scrapbook of references. Hip-hop album covers, pages of Jet and Ebony magazine; civil rights activists. Two women, clothed in Victorian finery, hold themselves stiffly towards the camera. This particular historical window seems to hold Tyler’s intent – and potency of photography – to stake the claim: I am here. I exist.

I Can Make You Feel Good highlights the ordinary activities that many of us take for granted – hanging out by the pool, playing tag, daydreaming – that are denied and politicised for black people. In the second video Idyllic Space Tyler references the killing of Tamir Rice, a 12-year old boy who was shot by Cleveland police whilst playing outside with a toy pellet gun. The contrast between optimism and lived reality is heavy. The artist captures how black youths are taught that they should be careful about being too off-guard in public. In his utopia, Tyler gives space for the simple pleasure of being playfully unaware, basking in the sunlight.

Exhibitions at Foam are free to Subbacultcha members. Not a member? Join Here.