My Body, A Billboard

My sister once traded me an iPod for the removal of my leg hair. Yes, really. This transaction occurred when I was studying in Rhode Island and went to visit her in North Carolina for spring break. Not long after we started the drive from the airport to her house she glanced at my bare legs, smirked, and said: “So, we’re not shaving are we?” We were not. 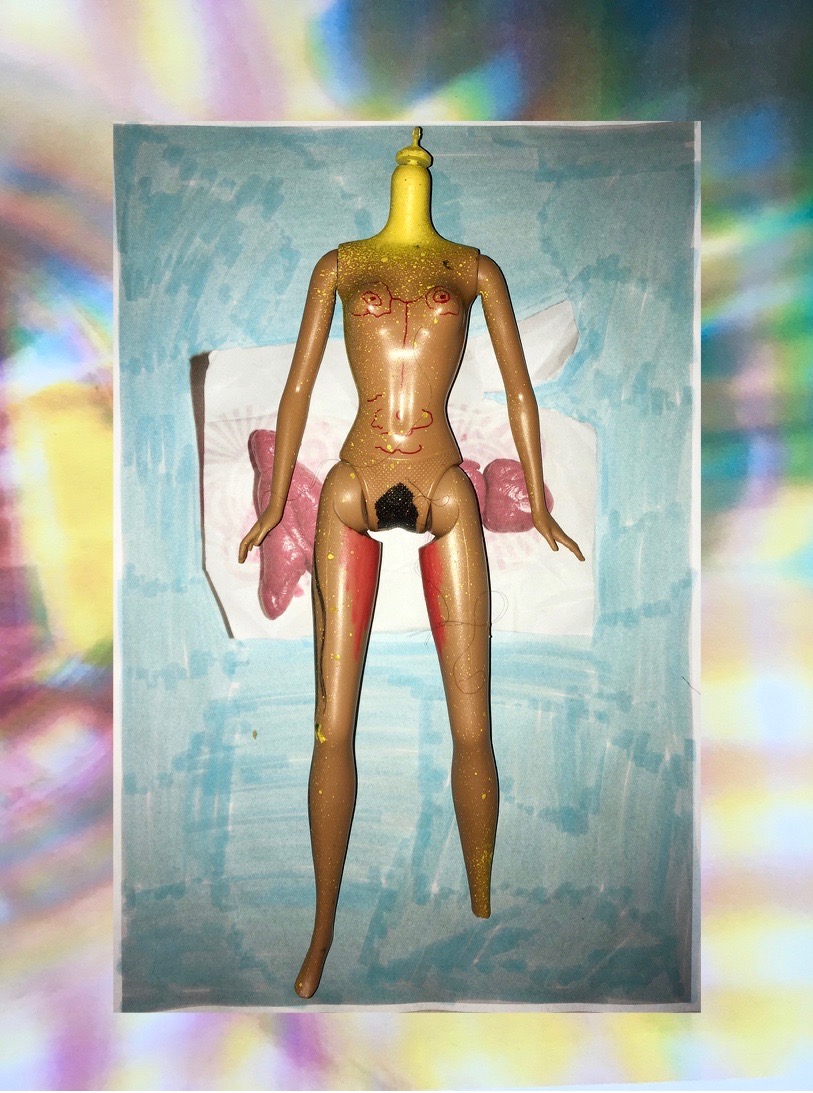 I stopped sometime in my first or second year of college, presumably following my feminist awakening. Don’t remember my thought process exactly, the moment of making a decision. Perhaps because a lack of action didn’t feel like a decision, exactly. Rather, my immersion in gender studies and feminist theory allowed me to cease seeing my body hair as something that made me undesirable or unfeminine. Or, more precisely: it allowed me to question my investment in cultivating a certain kind of body, one that would be favorably appraised by an imagined male viewer. Simply put, I no longer felt the need.

To many people body hair on women is the quintessential signifier of feminist politics, along with bra-burning and man-hating.

“Well, when we get home, you can take a shower if you want – and shave,” my sister suggested, only half-joking. “Nah, I’m good,” I responded cheerfully. There was some back-and-forth on this point, and eventually we came to the aforementioned agreement: I would shave in exchange for the extra iPod nano she used for playing music in the car.

For some time my leg hair was a lightning rod for commentary and jokes about my new role as the feminist killjoy in the family (replaced in the last year or so my newly visible armpit hair). To many people body hair on women is the quintessential signifier of feminist politics, along with bra-burning and man-hating. These tropes feel so trivial, so irrelevant to how I identify and see the world that I can sometimes forget that they still hold some meaning in the public imagination.

But hold they do – which means that not shaving cannot not be a feminist statement. It continues to be read as making a point for the sake thereof. As such one must be prepared to explain it, defend it, enter into conversations with strangers about it.

If body hair is stereotypical of feminists in the public eye, within some feminist circles it is also a kind of trope, a subject considered primarily of interest and concern to the newly awakened feminist. In this line of thinking, body hair as a feminist issue, with its emphasis on choice and individuality, is considered not much more than an expression of neoliberalism.

The body remains the first language, the original site of struggle and negotiation of power.

And for the most part, I agree with that. But I have also come to experience how body hair illustrates a particular paradox that accompanies trying to live a feminist life: in trying to liberate my body from the norms that are supposed to govern it, my body becomes a billboard for those very norms, and an invitation for others to debate them. My feminist politics, when exercised individually, can’t do the work of de-politicizing my body. When others are so invested in the presence or absence of hair on my body, to demonstrate one’s refusal to be equally invested is tantamount to announcing a rebellion.

Lifestyle politics are no substitute for collective organising. But the body remains the first language, the original site of struggle and negotiation of power. Patriarchy has constructed my body in such a way that whether I shave or don’t, I am making a statement; unlike those of my (cis) male counterparts, my body cannot move through this world as neutral. And so to talk about letting my body hair grow as a non-decision, as a lack of action, is also disingenuous. I knew what I was doing. To take something apart, you first have to hold it to the light, for all to see.

Image by Saïda Ragas of Pisswife Zine, an Amsterdam based feminist collective that produces visual & written content and hosts events.