Know V.A. are duo Feico and Marijn. Together, they make brooding, experimental club music that combines the dark density of hardcore with an ornate aesthetic. Heading avant-garde event Strange Days the pair are gearing up to drop an album of the same name. Over some ginger beers at Garage Noord, we chatted about dystopian politics, gabber culture and their upcoming release party. 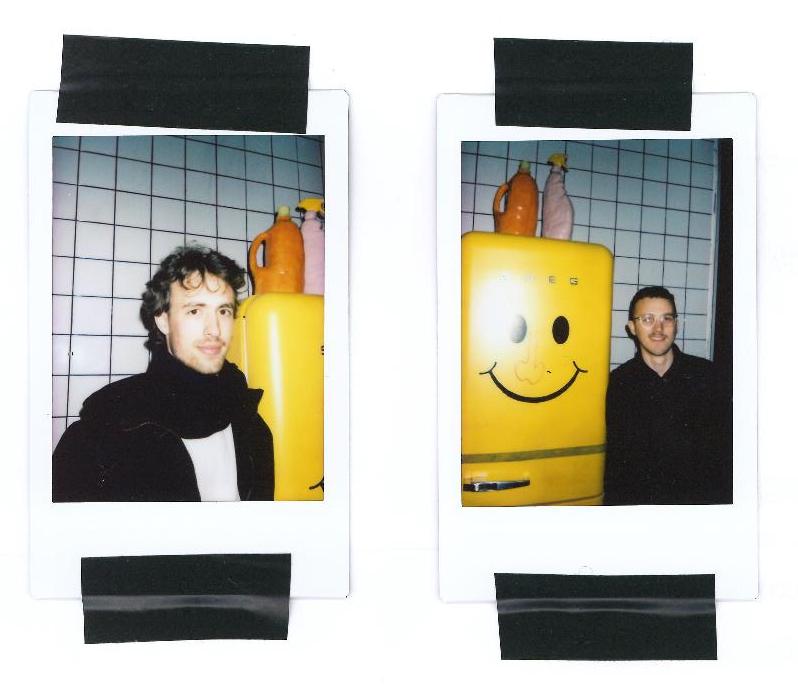 It’s about demonstrating another side of hard dance music, one that’s not only aggressive but welcoming and accepting, perhaps even poetic.

Describe what Strange Days is:

Our album Strange Days tells a story about a disintegrating world and its inhabitants who are paralyzed by the weight of impending doom. Whether global warming, a potential nuclear war or a crumbling society. These are strange days that we live in.

I can see that. Your music has a kind of apocalyptic sense to it. Like a biblical Renaissance painting. There’s a lot of intensity, but also an external, lighter quality.

Yes, exactly! We’re also very influenced by Greek mythology and storytelling. It’s about demonstrating another side of hard dance music, one that’s not only aggressive but welcoming and accepting, perhaps even poetic.

What’s your aim with the ‘Strange Days’ events?

The ‘Strange Days’ club nights in Amsterdam seek to showcase contemporary hardcore and explore how the genre, both sonically and aesthetically, has remained active in the underground. The aim is to create a cross-cultural event by making surprising combinations, older and newer names; Dutch and international talent.

I remember putting up these tall, wire fences thinking like, “This is terrifying, is this safe?” 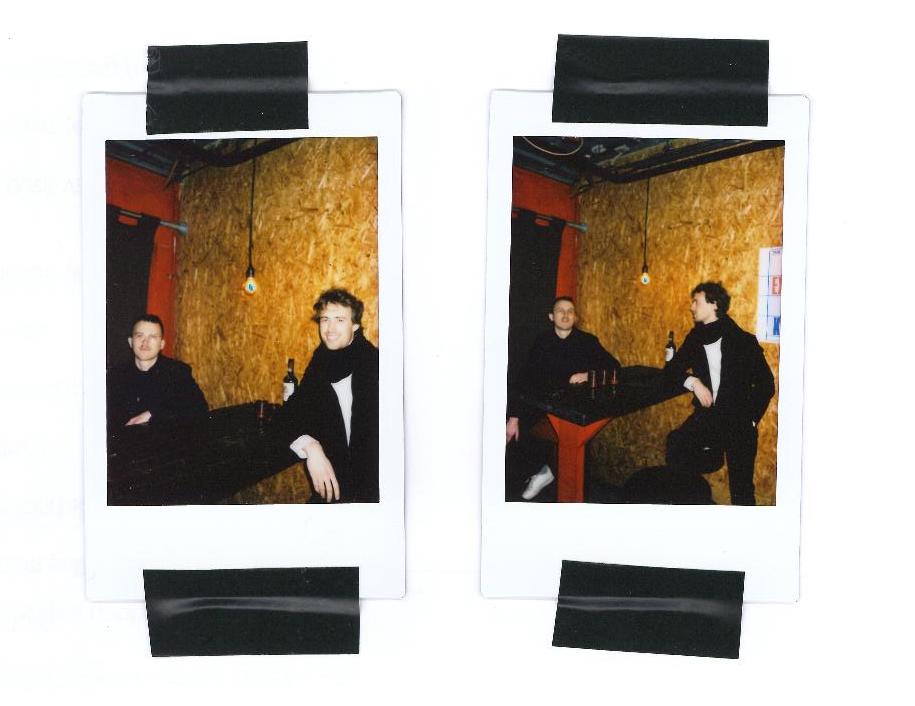 How do you know the other musicians on the lineup who are performing at your album launch?

We’ve been aware of Nocturnal Femme and her work with X3 for a while, so it’s great to be able to reach out and collaborate. Amsterdam has some amazing collectives working separately, so it’s important to facilitate a place for them to come together. Casual Gabberz are real stalwarts of the scene. They are based in Paris and have been putting on shows and making music for years, way before gabber got cool again. Same with Kurama, actually, who’ll be joining us from Brussels. His sound is something else: think synth, night-core, j-pop meets arcade games. Snufkin is an old friend who we’ve worked with for years. Cousin is another friend we invited to bring a visual element to the show, which we’ve had before. At our first event in October 2018, there were police lights, chains, fences, spotlights – it was actually a bit scary. Taran Allen, a visual artist from LA, did a great job on the stage design. I remember putting up these tall, wire fences thinking like, “This is terrifying, is this safe?” But it fit the night so well.

What sparked your love for hardcore?

The first events we went to together were breakcore parties. The djs had this weird, comical, reckless way of producing and performing. Breakcore combines terror with heavy metal and jungle: a perfect mix for our 15-year-old selves! But we also were very much into dubstep too which, at the time, was still rough and new.

Hardcore was never dead. The big parties would go on every year.

From Berghain to Boiler room, there’s been a revived interest in hardcore lately, especially in gabber culture. Why do you think that is?

If you look at festival attendances, hardcore now is bigger than ever. But the sound has changed a lot. Hardstyle, Millenium Hardcore, Frencore, Up Tempo. The early stuff had a more groove in it like techno, as it originated from the same idea I suppose. The latest output is way more “build up, drop, build up, drop”, like EDM. But the music now is way better produced and the kicks they make now can be enormous, like an intricate instrument of its own. Hardcore suffered a dip in the 2000s because of the negative press: commercial “happy hardcore” made a joke of the original sound. But it was never dead. The big parties would go on every year.

I feel like there’s a big trend in the international music media to write think-pieces about gabber, trying to understand or contextualise it.

Definitely! The look of hardcore is unique (clothing, artwork, sound, appearance). Gabber resonates in the eclectic internet era and nostalgic obsession with 90’s fashion. Within the Netherlands too, there’s a renewed appeal. Internationally, the genre doesn’t have the same association with right-wing extremism, so I think Dutch people are seeing that they can enjoy it without that connotation.

Any big plans for the future?

Five days after the album launch we’re heading off to tour China, so that’s exciting! We’ll also continue to appear on our monthly show at Red Light Radio.