Interview by Angela Donskaia
Pictures taken by Megan Bruinen at the Subbacultcha x Wham Wham Dayparty at SIGN, during ESNS 2019.

With members from Yuko Yuko, Korfbal and OOO, Real Farmer is as DIY garage punk as a band can get. A no-nonsense attitude while giving it all on stage. Dreaming big, but not setting expectations for the future. We caught up with Jeroen, who sings and writes the lyrics, and talked about homesickness, his hometown Groningen and drinking during shows. 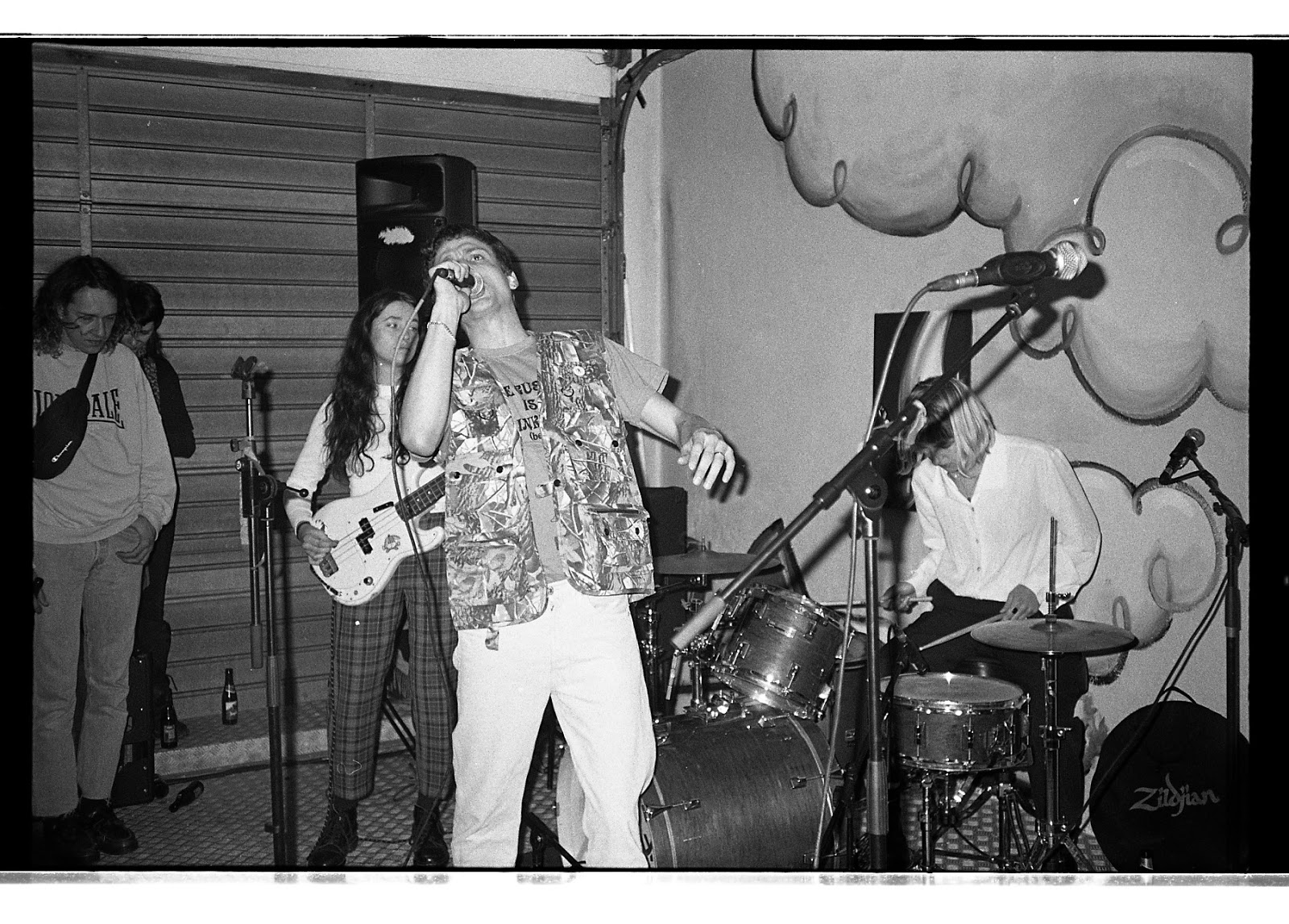 Hey Jeroen! I tried to find Real Farmer on the internet, but I only came across pictures of tractors and trucks?

That happens a lot! We do have a Bandcamp with live recordings of our shows. As soon as we finish recording the tracks, they will go offline again and turn into an album. Oh, and we also have an Instagram where we post quite frequently.

Oh, I see, I thought it was part of the brand identity to stay offline.

Yeah, we figured that it’s quite difficult to find us online. Recently we made a Facebook page, but when you type ‘Real Farmer’ you’ll most likely get real-farmer simulation games.

So the name Real Farmer, where does it come from?

I grew up on a farm, so that’s it actually. At first, we wanted to call the band ‘Third Wheel’ because it was just me, Jesper and Anna, who are in a relationship. But then Marrit also joined. We just thought this name was funny and slightly relevant.

Who writes the music?

We all write the music together. I write the lyrics.

What are the lyrics about?

Mostly about homesickness, heartache, a few clichés. And a bit of anger too.

Do you experience that homesickness yourself too?

Yes, a few years ago I had a hard time moving away from Groningen to go studying in Utrecht. It wasn’t as magical and carefree as I hoped it would be. I had high expectations and they kinda crumbled apart. Student life can be quite lonely, especially if you’re stuck in your art studio after school. I went through a gloomy time, a bit of a quarter-life crisis, and then decided to move back to Groningen, back to my friends.

Was it after this crisis that the idea for Real Farmer came to life?

Yes, it was! It definitely helped me to be close to my friends again. I’ve been best friends with Jesper for 9 years already and we’ve been in a few musical projects too. Then we wanted to try doing what we’ve always really wanted to do! Anna and Jesper asked me to join them in the jamming sessions over the weekend. And then we got the ball rolling.

Do you know everyone in Groningen? And is there a big music scene?

Everyone knows each other in Groningen and it actually is a really big punk music scene. There’s a lot of different people going to the shows, young and old. You can go to shows for just €1 on a weekly base. It’s amazing here, especially for bands.

You’re an upcoming band, how would you describe your own Wikipedia page in the future?

Improvisation punk. Spontaneous music. Our lyrics and music are really based on feelings and rhythm, not so much on theory. Our emotions determine our aesthetics.

And what’s everyone’s role in the team, is there sort of a band hierarchy?

Everyone brings in something they’re good at. I like to take care of bookings and fixing practical matters. And I also take care of designing stuff for the band, like t-shirts.  Anna and Jesper take care of the video clips and Marrit is our finance and collabs hero. We still do everything ourselves but are thinking of getting more people involved in the near future.

Would that be the first big step towards becoming a professional band?

We never started off with the goal of becoming a professional band, actually. It would be awesome of course if it happened. We never expect more, but ambition is definitely there.

Are there any bands in the Netherlands you really look up to?

Cuby And The Blizzards! Love their song ‘Gin House Blues’. The singer is so passionate, and they all stay so true to themselves while performing. Giving it all, that’s something we try to do as well.

So when you’re giving it all, do you consider yourself a rebel too?

Yeah, we are pretty wild. We know exactly what we want on stage. W​​e want to actually feel and experience the music, not just perform​​.

What about drinking before and during the show, does it add up to the experience?

We actually used to drink a lot more beers before shows, probably some nerves we had to calm down. Nowadays we drink way less, and I really try to avoid it before the show. Otherwise, alcohol stands in between us, the music and the audience; then it feels less real.

What has been your favourite show with Real Farmer so far?

At Paradiso. It was incredible, the place where I always went to see my favourite bands was suddenly the one where I was performing with Real Farmer. Dream come true. 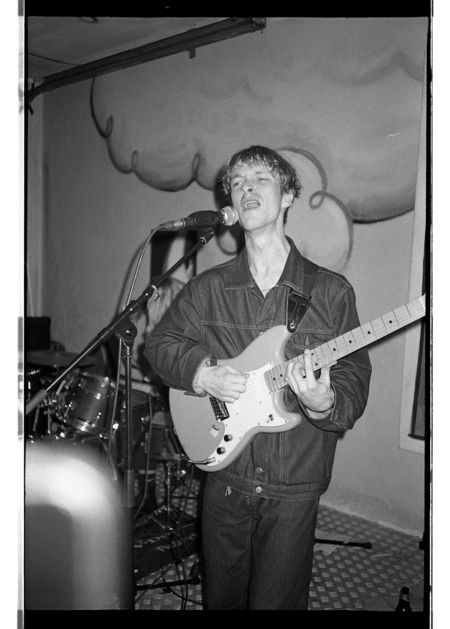 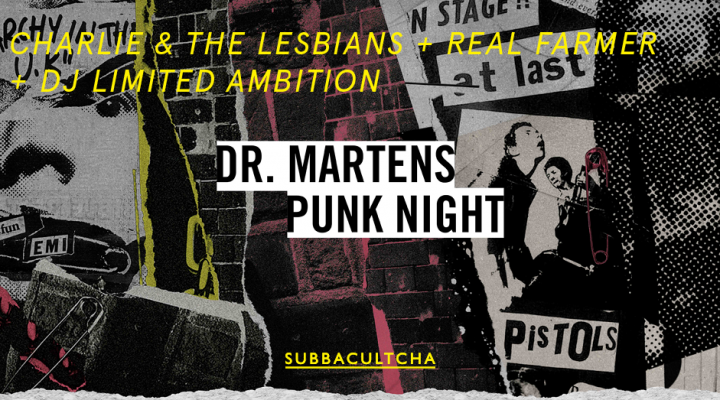 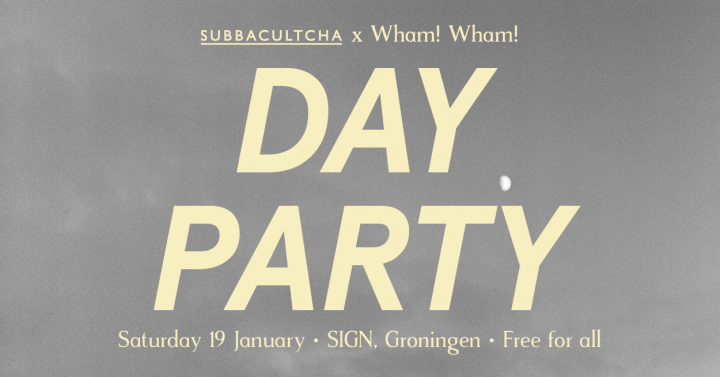 This weekend, we're invading Groningen. A party at night with our friends of OOST and one during the day in