At home with Rouzbeh

Bedroom producer and DJ Rouzbeh Teymouri is someone to keep an eye on in the near future. His melancholic music could be the soundtrack to a video-game, full of dashing synths and dream-pop influences. As we enter his cosy home full of plants, he welcomes us with ice cold lemonade, sporting nothing but a towel and his bedroom eyes. 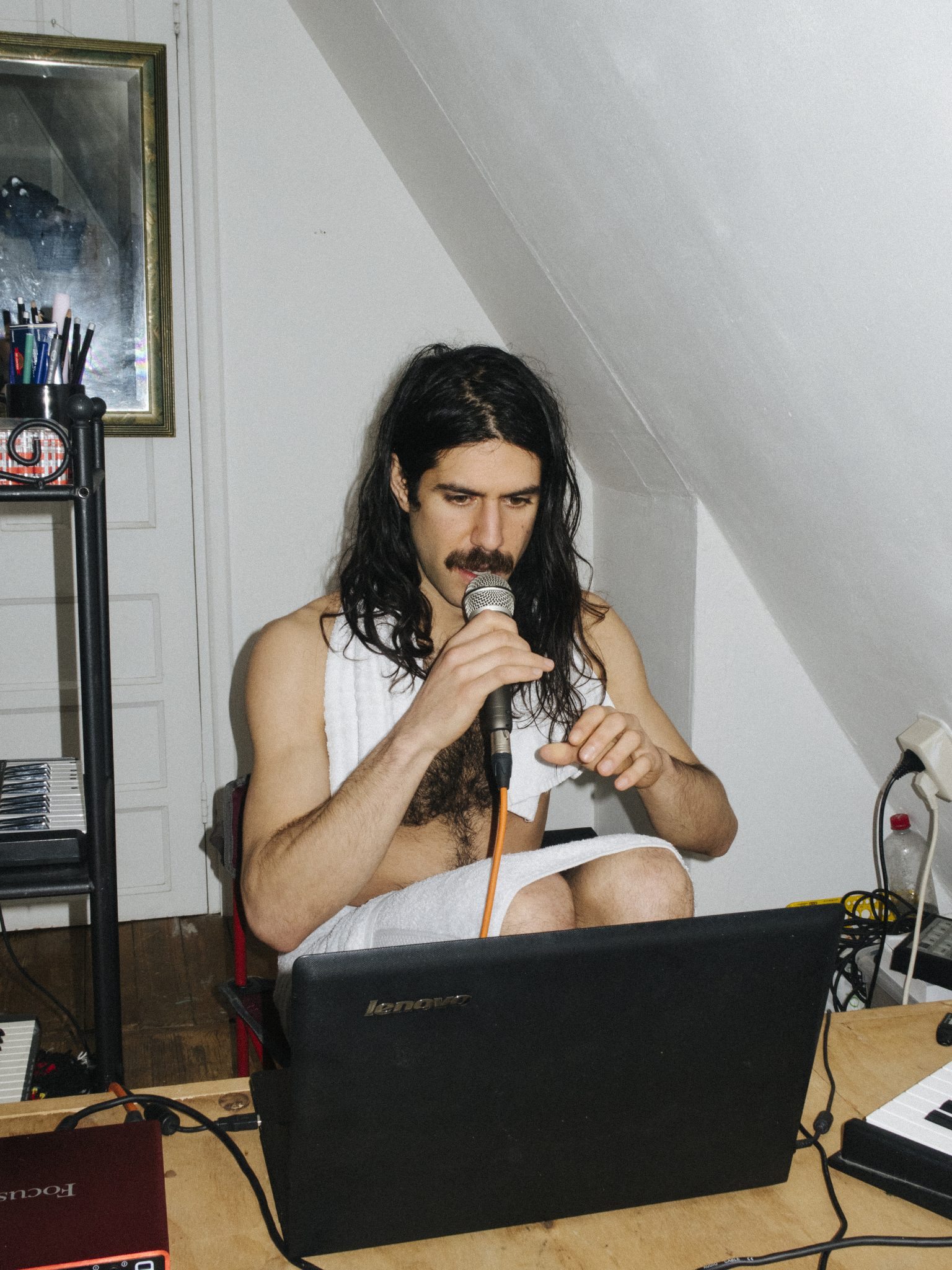 Hey Rouzbeh, thanks for having us. To start, how long have you been living in Amsterdam?

I’ve been living in Amsterdam since 2010. I’m originally from Het Harde, a little village on  de Veluwe, the countryside.I used to have a completely different lifestyle. Or actually it wasn’t that different, if you replace the hours I spent playing MapleStory with Ableton.

How did your room look like back in the days at de Veluwe?

When I was young, I used to change the interior all the time. Then I would reorganise the whole set-up. When my mom got home I was super proud to show how I re-styled my room or the living room.

What reminds you of your childhood home?

Nothing actually. That house doesn’t exist anymore either. When we moved to another house 200 meters away I absolutely didn’t like it. I don’t like too many changes. Although, changing your ways really does help moving forward, especially in music. When I live the same life for too long, it kind of slips through in my approach of making music too. I try to avoid that as much as possible.

Do you associate being alone in your room with melancholia?

I really like melancholic music. It’s quite lekker. I used to download Dragon Ball episodes and edit the ‘epic’ parts on Linkin Park music in Movie Maker. It was at that point I think I started to get intrigued by melancholia and over-the-top-ness. When I moved to Amsterdam I discovered so much melancholic music I never heard before. Probably because I was always too busy playing Maplestory. It’s also the reason why I handed Maplestory in for Fruity Loops. 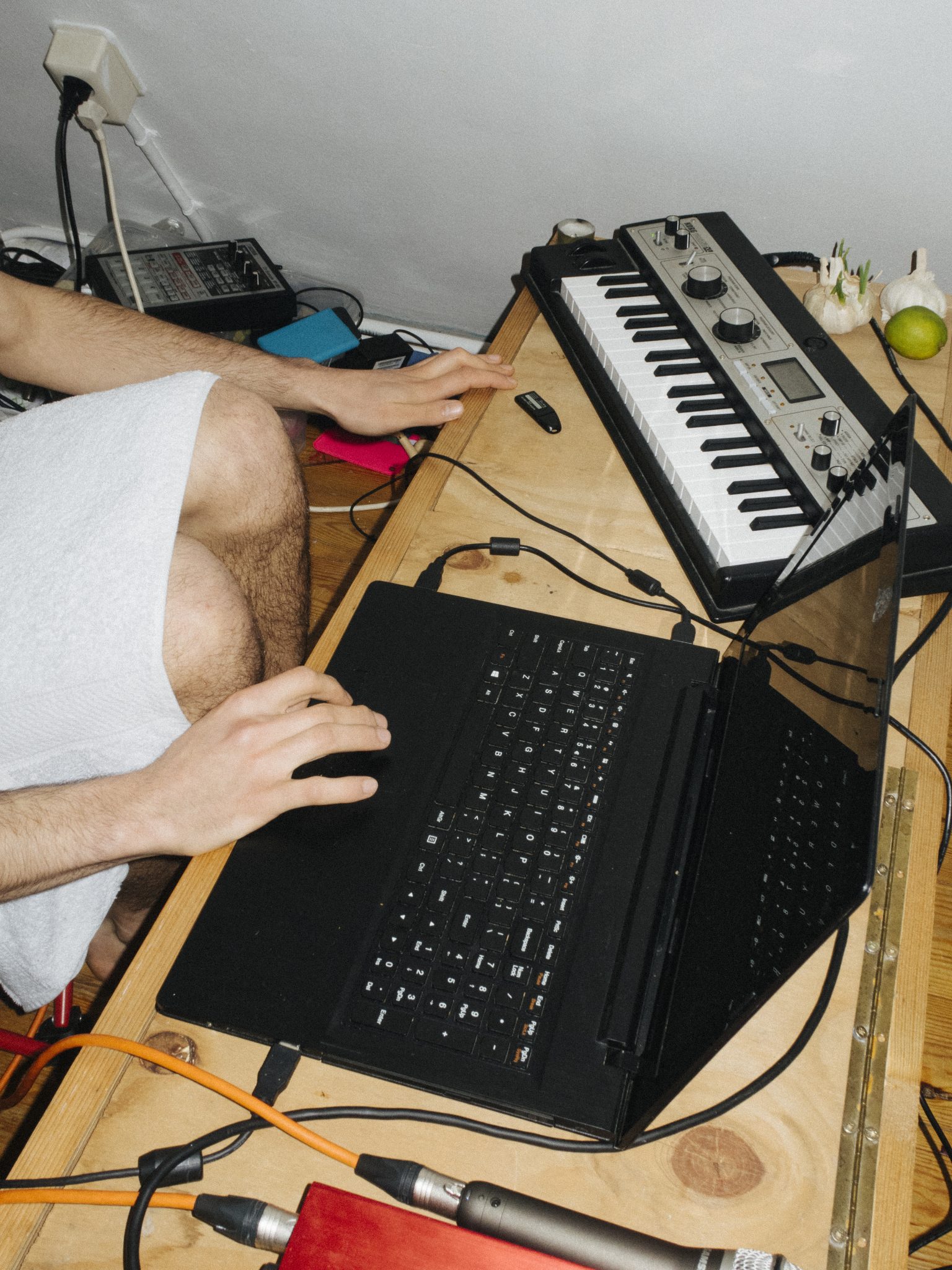 What do you do in your room, when you’re not making music?

I just bought a Playstation 3 on Marktplaats along with a bunch of games. When I need a little break from sitting behind a laptop for too long, I get a fast car in GTA V and try to dodge all the traffic, or I get an old car and drive around in the woods. When I’m more active I like playing Super Smash Bros. Melee, Mario Kart, SSX3, Tekken 6.

Okay, so that’s a lot of screen time. What about books? Do you read in your downtime?

I only read one or two books in my entire life, LYC-DROP by Paul van Loon, and The Stranger by Albert Camus. It starts off with the main character saying: “Mom died, today or yesterday, I don’t know.” The idea of not knowing exactly when your mom died really struck me, so I kept on reading.

What’s your favourite place in Amsterdam, besides your bedroom?

Garage Noord and De School, these are the only places for me when it comes to Amsterdam nightlife. I also like OT301, OCCII, and Butchers Tears.

And your favourite place for getting food?

Caldi e Freddi; the Italian place in Spuistraat where all the uni students go to. And Hema, for breakfast. I really love it. You can actually create a little menu there. Eggs, croissant, jus d’orange, cream cheese. That’s new, the cream cheese. Ah, and I really like MAOZ. But I like the one on Muntplein the most. They have the best coleslaw.

Do you go out a lot?

I was about to say no, since I also work in the weekends, but actually yes, quite often, especially to Garage Noord. It’s the best, although I don’t consider it going out like clubbing. It’s more like a cosy space for fun, talks, good music and dancing. Going out at De School for instance, feels more like clubbing or going out, which I really enjoy too, but I can never leave at a decent time in DS. I usually end up staying there forever. 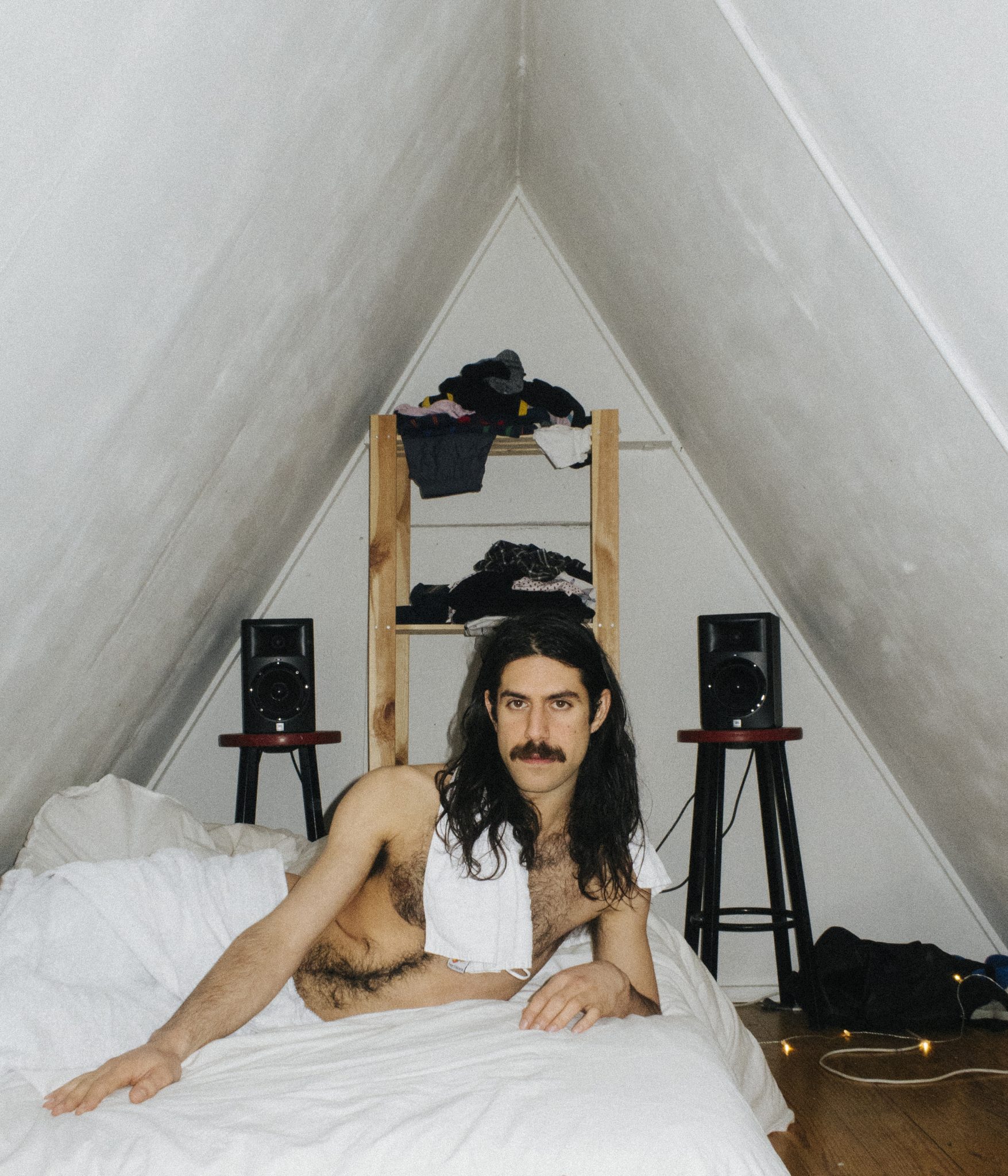 Rouzbeh plays 16 February at Horses in the Void at OCCII. Show free for members.