Some weeks before releasing their first EP, we spoke with the ‘100% anti-everything’ hardcore-punk supergroup Ploegendienst. Bastiaan from Aux Raus and MICH on bass, Michiel from Firestone on guitar, Bram from Adolf Butler and Malle Pietje en de Bimbo’s on drums and Ray Fuego from the DIY hip-hop collective SMIB screaming his brains out on vocals. We call back to the punk heyday and reflect on the current state of the genre. 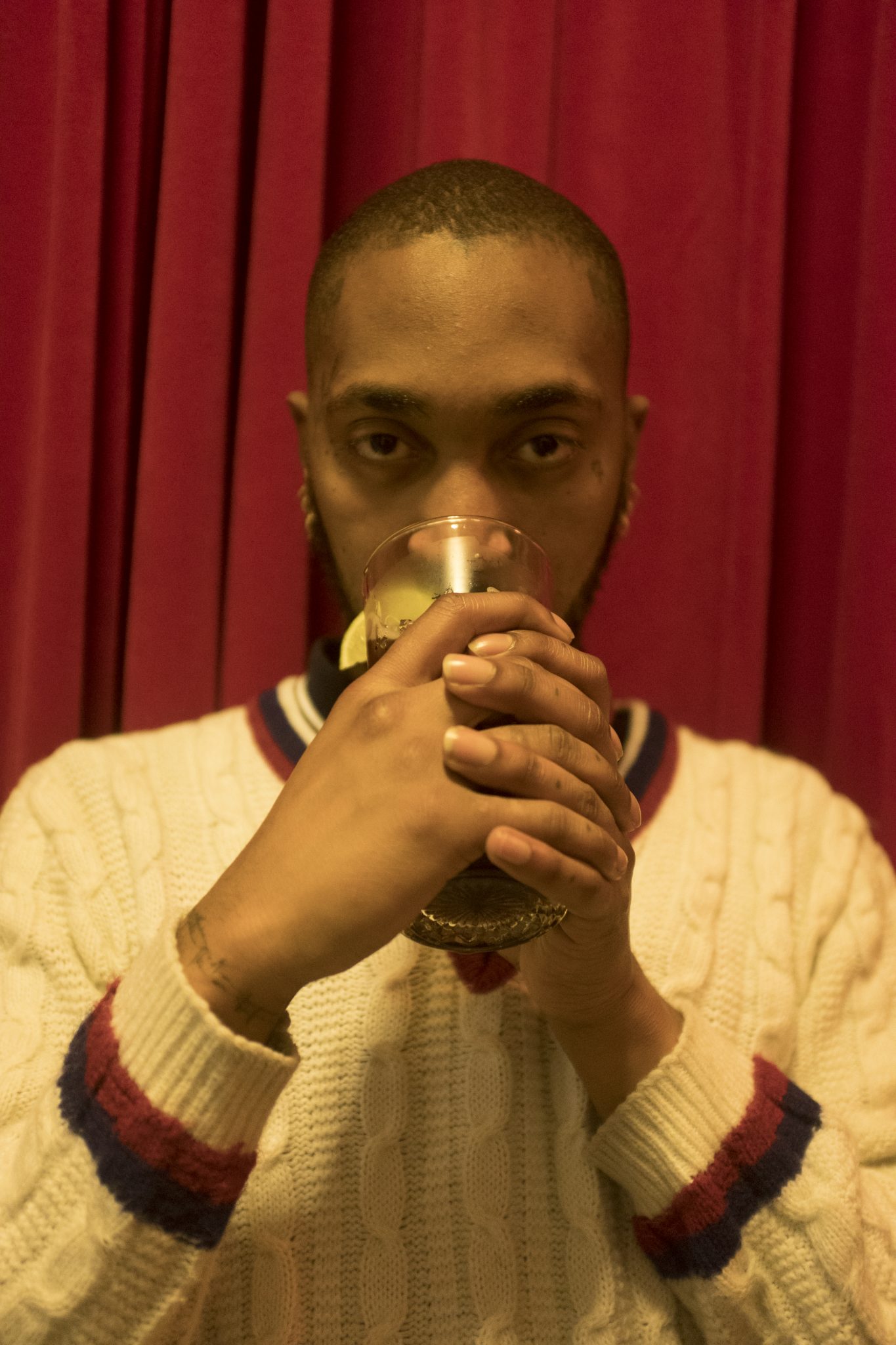 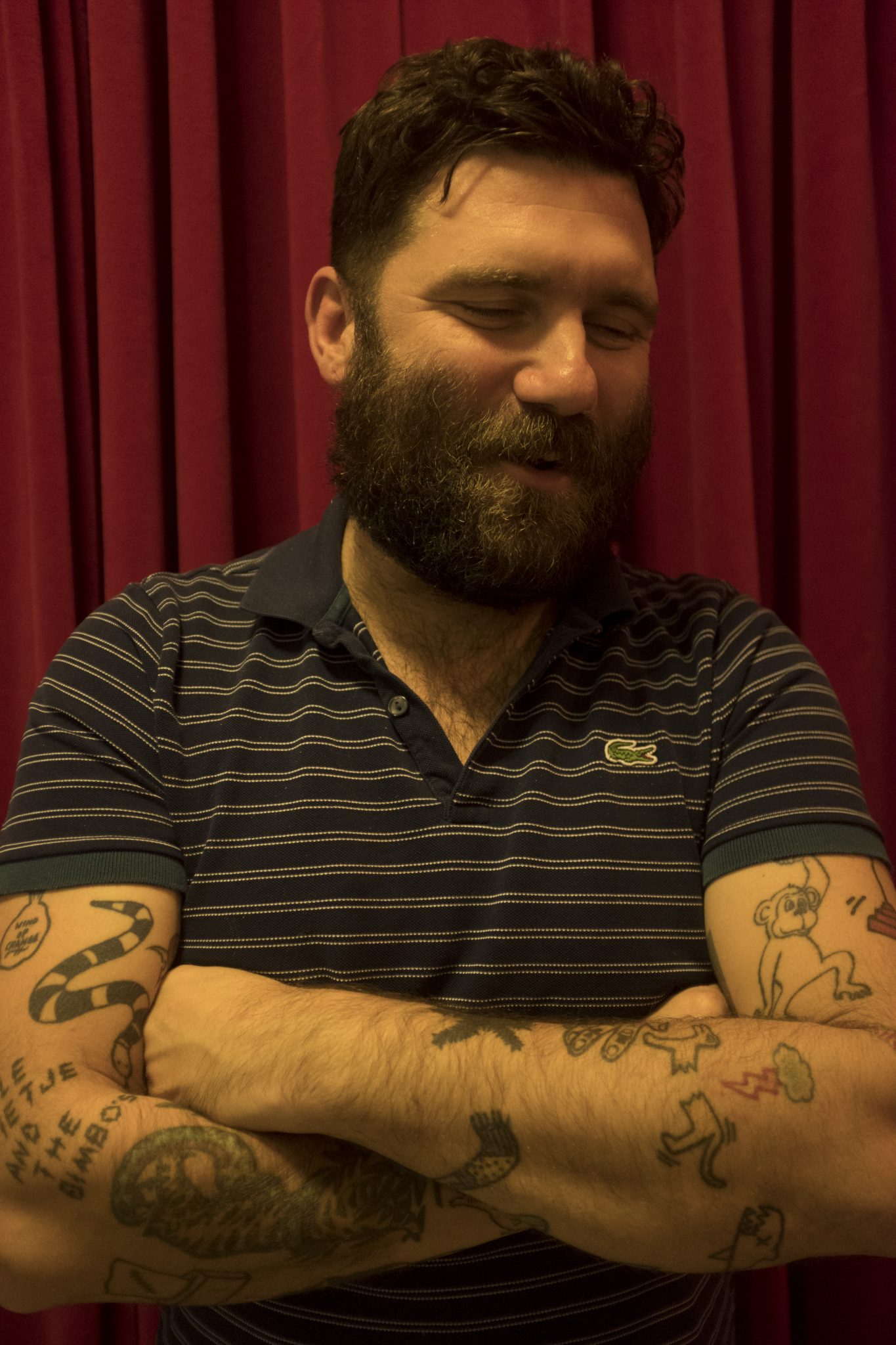 Hi guys. First of all, how was Zweetfeest 3?

Any things that bother you at shows?

Ray: Those old guys with cut-off denim jackets that have this serious look on their face like they rimmed and sucked rock-n-roll inside out, know all the ins and outs and think that their opinion is the only one that matters.

Ray: Judgemental and very narrow-minded. When I hear the word rock-n-roll it reminds me of having no limits, or at least the kicking down of limits. These people are keeping rock-n-roll fucking stiff, what retains the younger audience from going to rock-n-roll shows.

‘In SMIB, I recognized a punk band more distinctly than in all the hundreds of punk bands I’ve seen in Amsterdam lately.’

Ray: Because the kids don’t know how to handle a confrontation with such a stiff guy with his stiff cut-off Levi’s denim jacket full of patches of band whereof half is old and wack.

Michiel: I find it annoying, we’ve experienced this once or twice now, to play for a crowd of people like the three of us. Guys almost hitting the age of 40, who have seen it all 10 times already and are standing in the crowd, bored. That’s my biggest nightmare.

In an interview you were asked who of you is most punk. Michiel answered something in line with ‘get lost’. Do you reject the term ‘punk’ in any way?

Ray: Yes, a little. Similar to what I said before; when I bring up the word ‘punk’ to a 11 year old kid, the first thing that will struck his mind is an old guy that’s looking all too serious, wearing a cut-off denim jacket with patches. That’s the representation the kids have of punk. It’s 2018 and the kids are here to change the fucking world. What has been has been, and we’re here to write history.

Other history or similar history?

In what way will it be better?

Ray: Look at it this way: when the tires of your bicycle are broken-down, you have to replace them. If your tires broke-down because they were bad, you go looking for better tires next time.

So they won’t breakdown again?

Ray: Ploegendienst are those better tires.

Would be a great name for a tape!

Michiel: Actually, the old band of me and Bastiaan was called Firestone, named after the tires. We would go full-circle.

Ray: It’s not only Ploegendienst though, all new age punkbands are more open-minded. I don’t think punk music is going through a revive necessarily, but that the new age punkbands are genuinely doing something new. Musically it’s still very ‘rock-n-roll’, but the energy is something completely different. It has a completely new energy, a new charge. 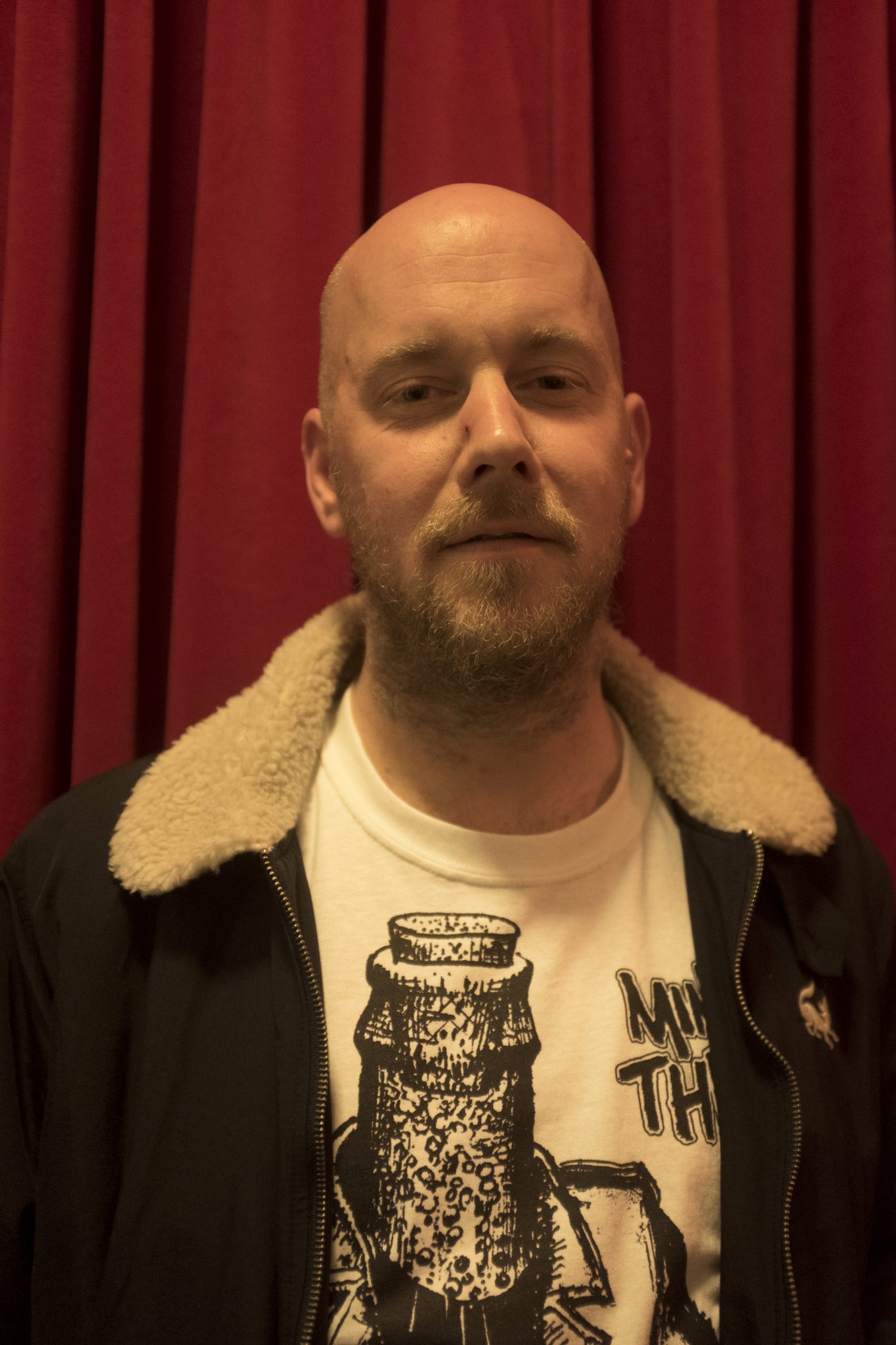 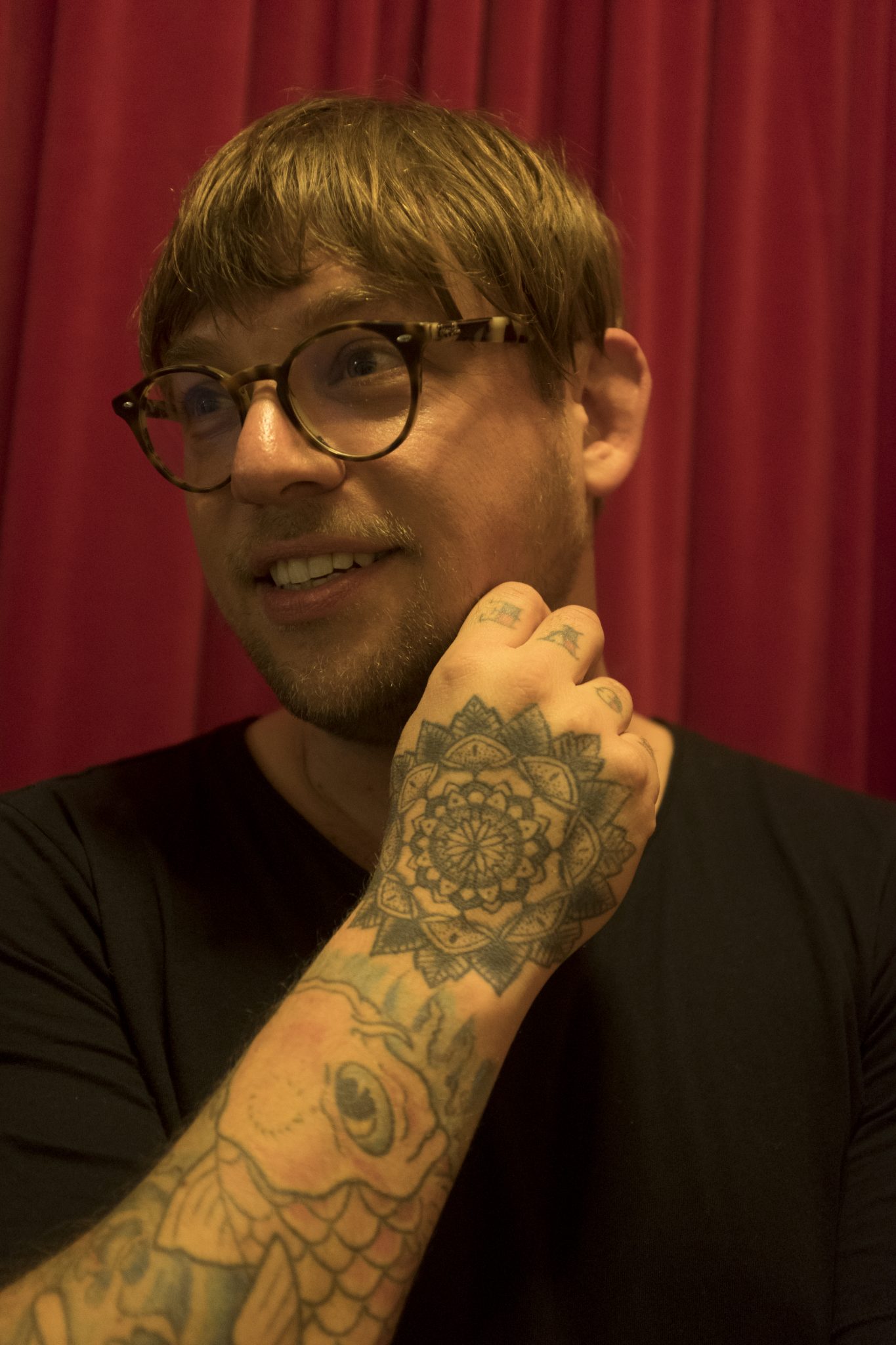 Michiel, Bastiaan and Bram, you’re in a position where you’re able to compare different eras of punk. How do you guys see this?

Bram: When I was coming of age, there were clear and strict boundaries in punk music. You knew everything about the genre, wore the right shirts and behaved according to the codes. It was pretty close-minded. Nowadays, Ray listens to just as much hip-hop as punk or whatever.

And what about you?

Bram: I preferably listen to punk, but that doesn’t exclude other genres. Which used to be the case in the past. It was difficult to admit that you also liked a top40 pop-song. Nowadays you can like whatever you’d want to like and you don’t have to be ashamed for that in any way. You don’t have to conform to a norm anymore.

Did this new mindset result in that something had to be given in? Did it affect punk’s directness or intensity in any way?

Bastiaan: Everything used to be better back in the days!

Bram: I simply like what’s happening right now. When I first saw SMIB I thought of it as a new kind of energy, which I recognized from when I was young. I hadn’t felt this energy for a long time in Amsterdam. They trigger each other to create things and release it into the world. They do it themselves and aren’t waiting on labels.

Bram: In SMIB, I recognized a punk band more distinctly than in all the hundreds of punk bands I’ve seen in Amsterdam lately. 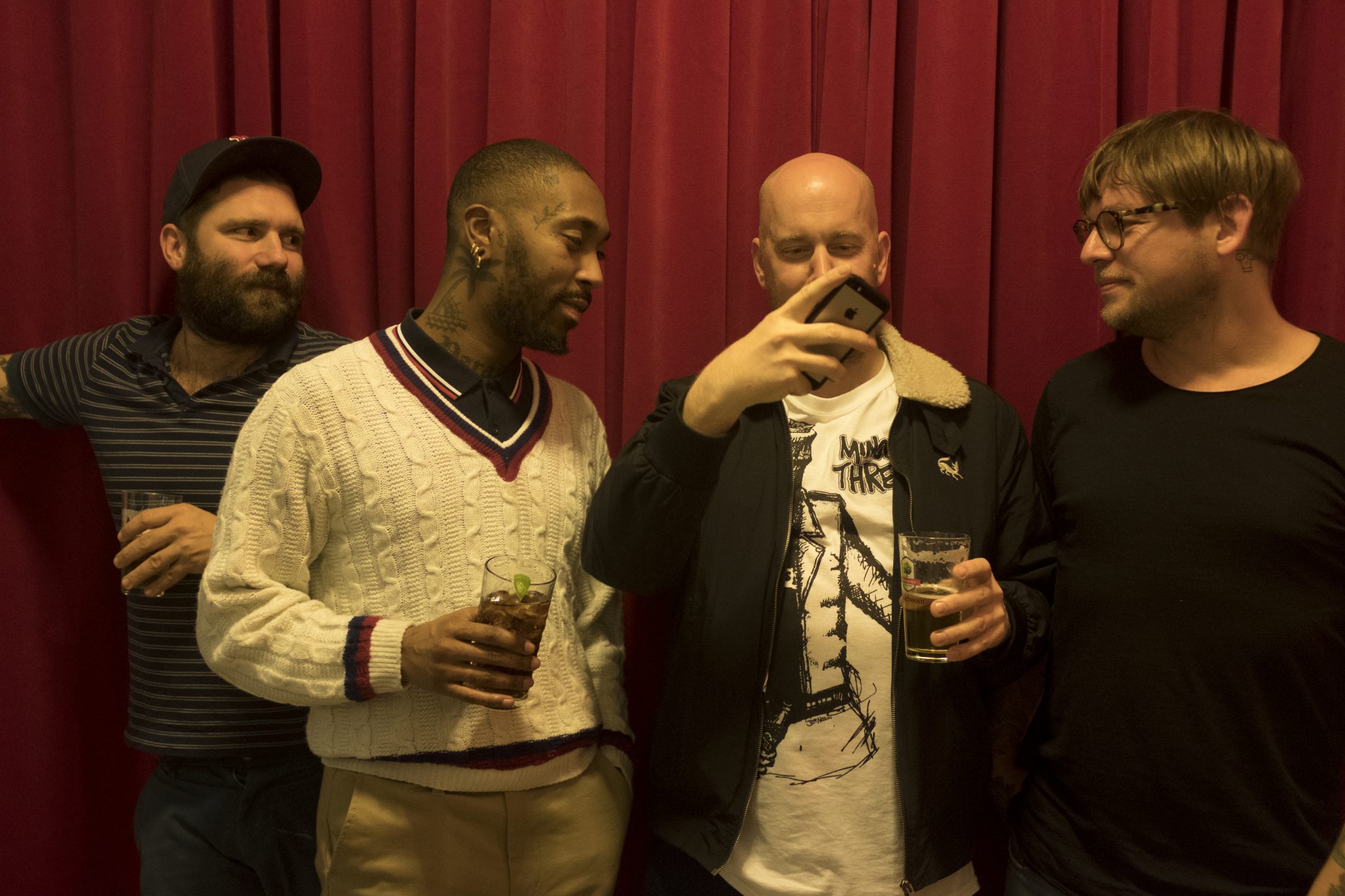 You made a name for Ploegendienst, solely by performing live. How did this work out?

‘Dude, we’re going to take over the fucking world.’

Why would you think that?

Ray: I think everyone assumes that because I make high-energy hip-hop, I think I’m some sort of rock star. I have the sense that people think I’m exploiting the culture. However, I’m fucking embryo-punk. I have been punk since I was a fucking baby. When you see it live, I’ll burst your bubble.

Did joining Ploegendienst feel like stepping in front of a punk-jury for you Ray?

Ray: That’s funny, since I’m not sure if we ever discussed this. I’ve never felt nervous before, until we started this band.

Ray: For them, because I know they go way back on that rock-n-roll shit. I just want to be the fucking best.

What’s the plan for Ploegendienst in the future?

Ray: Dude, we’re going to take over the fucking world.

Bastiaan: I’ll just give it another year.

Ray: The Ramones are going to crawl out of their graves to lick my ass. Believe that shit.

Bastiaan: Can that please be the title of the interview? 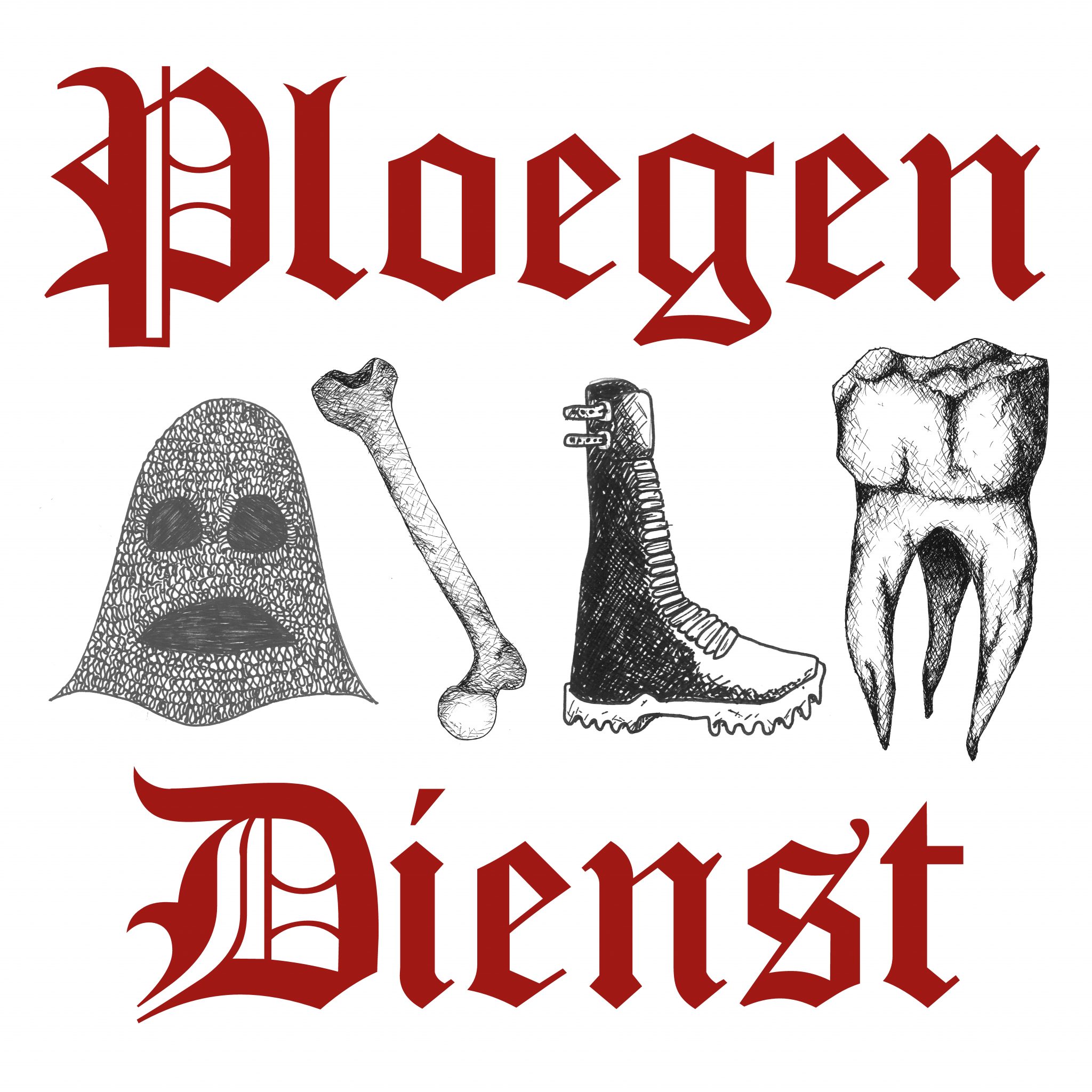 Photos shot by stadman.lara in Amsterdam, The Netherlands. Ploegendienst is releasing their debut EP on SMIB, and we have the pleasure to host the release party at OCCII, 20 December. Show free for members. 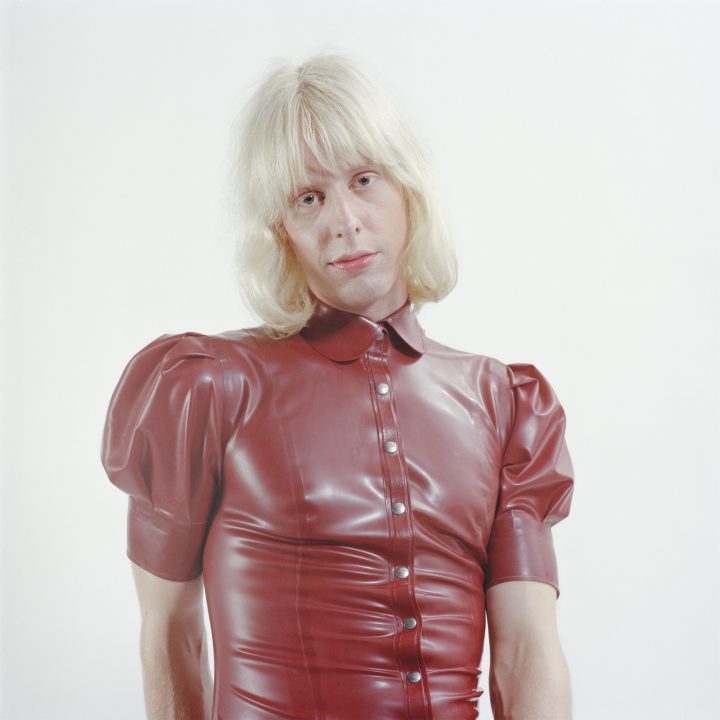 From our chilly Amsterdam HQ, whilst LA was bathed in a golden glow, we spoke to the ever-sunny Raven Artson. 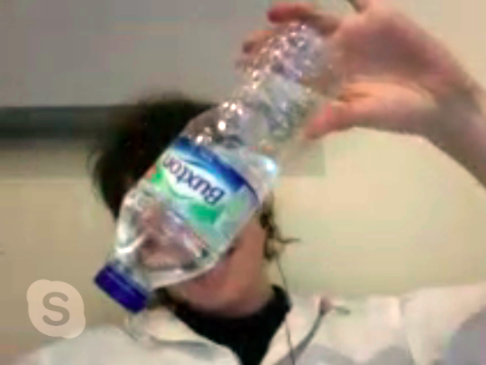 A Skype date, diving into a sea of thoughts on her safe ground, H2O love, and moral holidays. 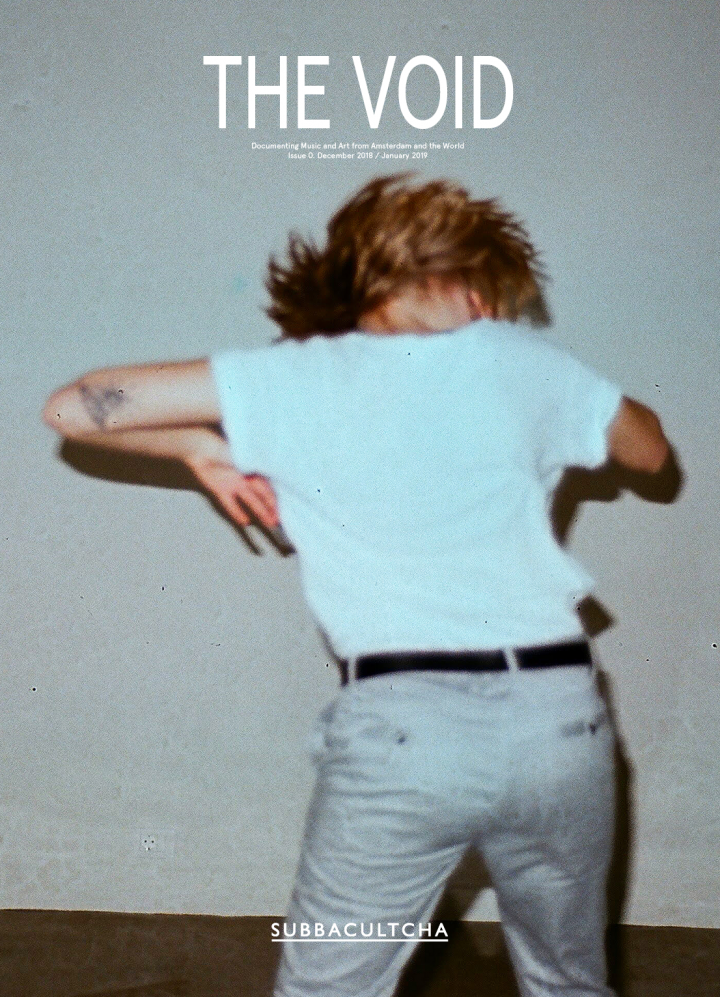 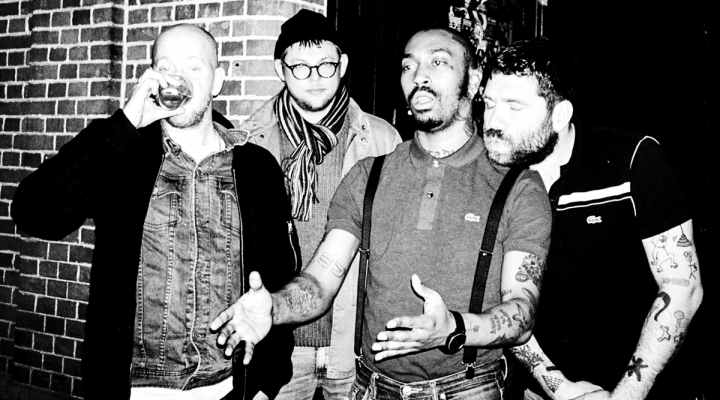