Ceel Mogami de Haas is a multidisciplinary artist from Geneva, currently in the second year of his residency at de Rijksakademie. His work could be described as measured visual poetry, translated into sculptural objects, 3D video animations, drawings and much more. On a rainy Sunday afternoon, we visited the laboratory of all his ideas – his studio. 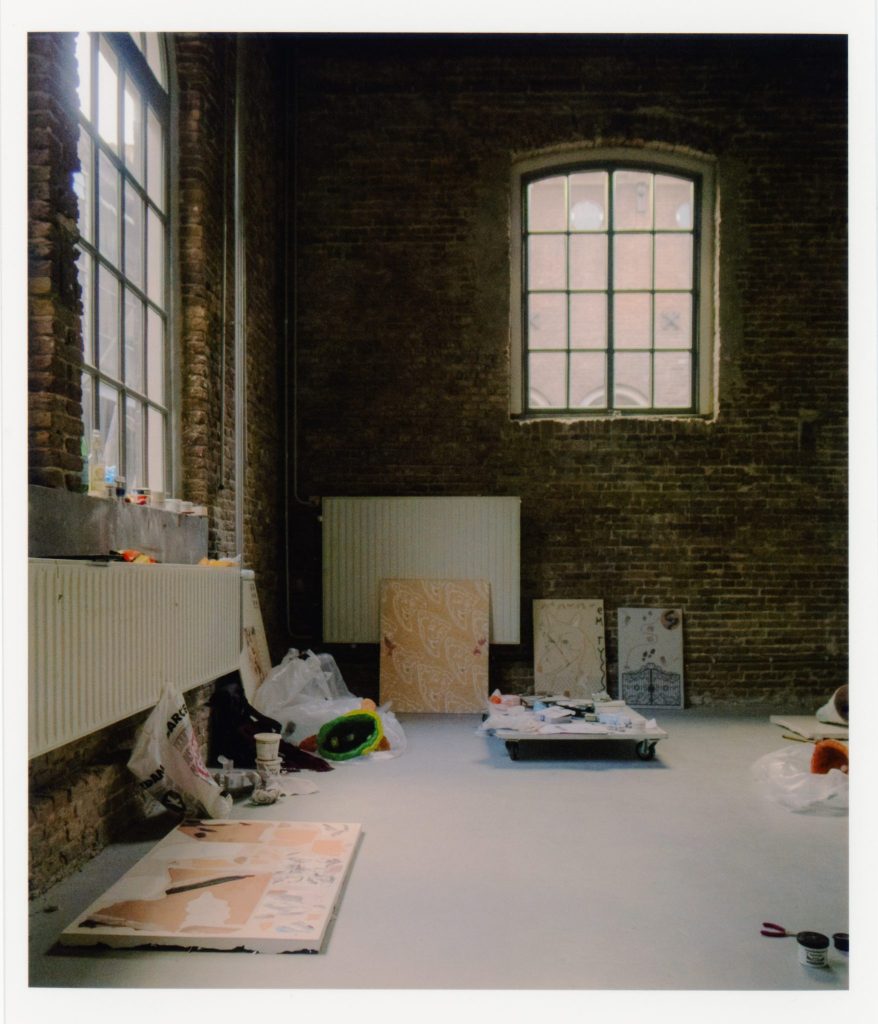 Hey Ceel, how are you feeling on this rainy Sunday?
I’m a bit ill actually. Hence why I’m wearing the big artist coat. It’s one week until the Rijksakademie Open days, so the timing is not ideal. I just keep working though.  Last week we had a Halloween party here, so I’m recovering from that a bit too. It was so much fun. We work here, but we also eat here, party here and basically do everything here. It’s one big community.

How important is community life for your art work?
For me it has always been part of it. Back in Geneva, where I’m originally from, I opened up a space with writers, creators, and publishers. For me it’s important to keep this collaborative aspect in my work. Through that community aspect we can think together, figure out alternative ways of doing things, and also think about surviving.

Surviving?
In the economical sense. Like in our space we try to pay everyone. It sounds normal but it definitely isn’t in the art world. As an artist you usually work for peanuts. A dinner, maybe a drink afterwards. We want to make it a basic fact that people who work (with us), get paid. 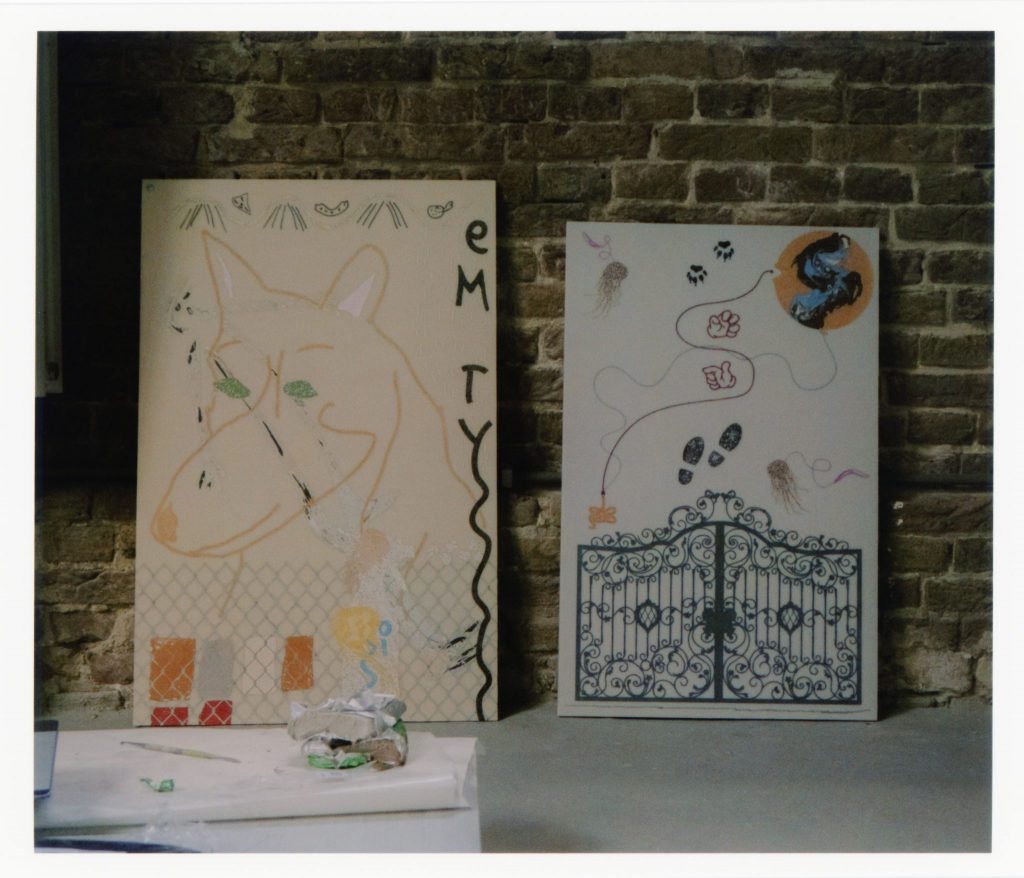 That’s a lot.
Yes, it’s important to know I do everything myself. Sometimes people hire technicians to do things they don’t know how to. In order to hire somebody I would need a very specific plan. Something set in stone. By making it myself I have the freedom to let it transform along the way. 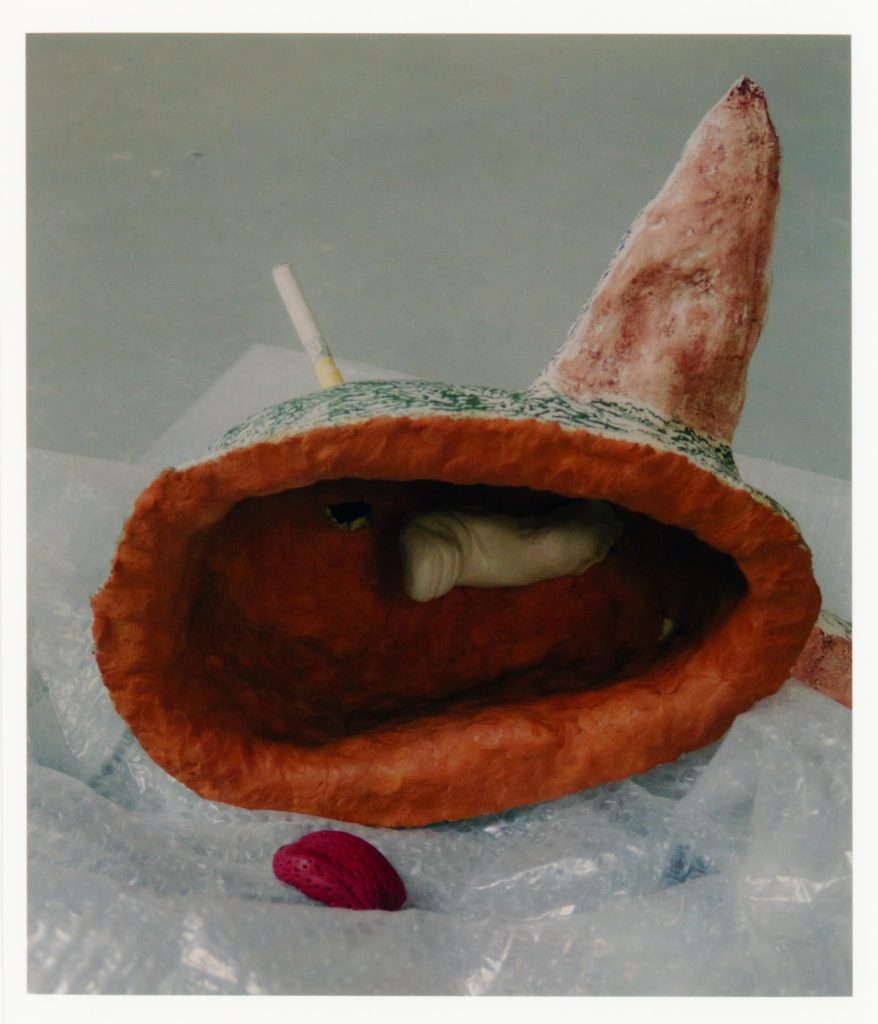 There’s a lot of poetry books in this room. Do you try to include this in your work?
I’m trying to learn from poetry. A poem for me has this promise of an everlasting exchange. You can always read it in a different way and always come back to it. This infinite interpretation and the promise of always being able to find new things. That’s the beauty of it.

What are you making in this studio right now?
I’m making a 3D animation with two video’s of a wolf talking, inspired by Herman Hesse’s short story Der Wolf. Wolves have always inhabited stories. In that sense I want to explore their narrative. Last year I made this animation of talking pens, markers and erasers. Their story reflected their function as a pen, marker or eraser. An animation about writing, the future of writing, quoting and erasing. It’s like an allegory questioning modern day’s dialogue and narrative. The brands are recognisable immediately. Think of the 4-colour pen, he has a bit of schizophrenia, never knowing what colours he should speak. Now I’m making the same gesture with two video’s of a wolf talking. I want to give them a voice now, a narrative. In that sense, the wolf becomes a tool

What fascinates you about wolves?
Wolves are interesting figures throughout the history of literature. They are shapeshifters, they transform. Wolves are also scarier when you can’t see them. For example, wolves have disappeared from the British islands at the end of the 16th century. People killed them all. But the fear persisted. Look at the literature that came afterwards, gothic fiction is full of nerve-racking wolves. Like in the woods, you would be scared of not knowing where it could be, rather than facing it. In French you even say to someone when you missed each other “Je t’ai loupé!”, meaning literally “I wolfed you”. Wolves are about missing, not seeing.

Curious to see Ceel’s studio in real life? During RijksakademieOPEN you can drop by at the artist residency and see what Ceel has created, along with the other 44 Rijksakdemie residents.