How To Dress Well

Interview by Sydney van Nieuwaal
Images courtesy of the artist

While on his way to the final tour rehearsals before hitting the road, Tom Krell of How To Dress Well and I have an hour-long phone conversation on experimental music, technological breakdown and the concept of love. Tom’s fifth album, The Anteroom, will be released this Friday, 19 October. Memorizing the abrasive and experimental influences that accompanied the genesis of How To Dress Well, The Anteroom delivers a intense hybridity; one of high & low fidelity sounds and one of digital and analogue. The music plays as a continuous soundscape, allowing the listener to get lost in psychedelic sonic experimentations. 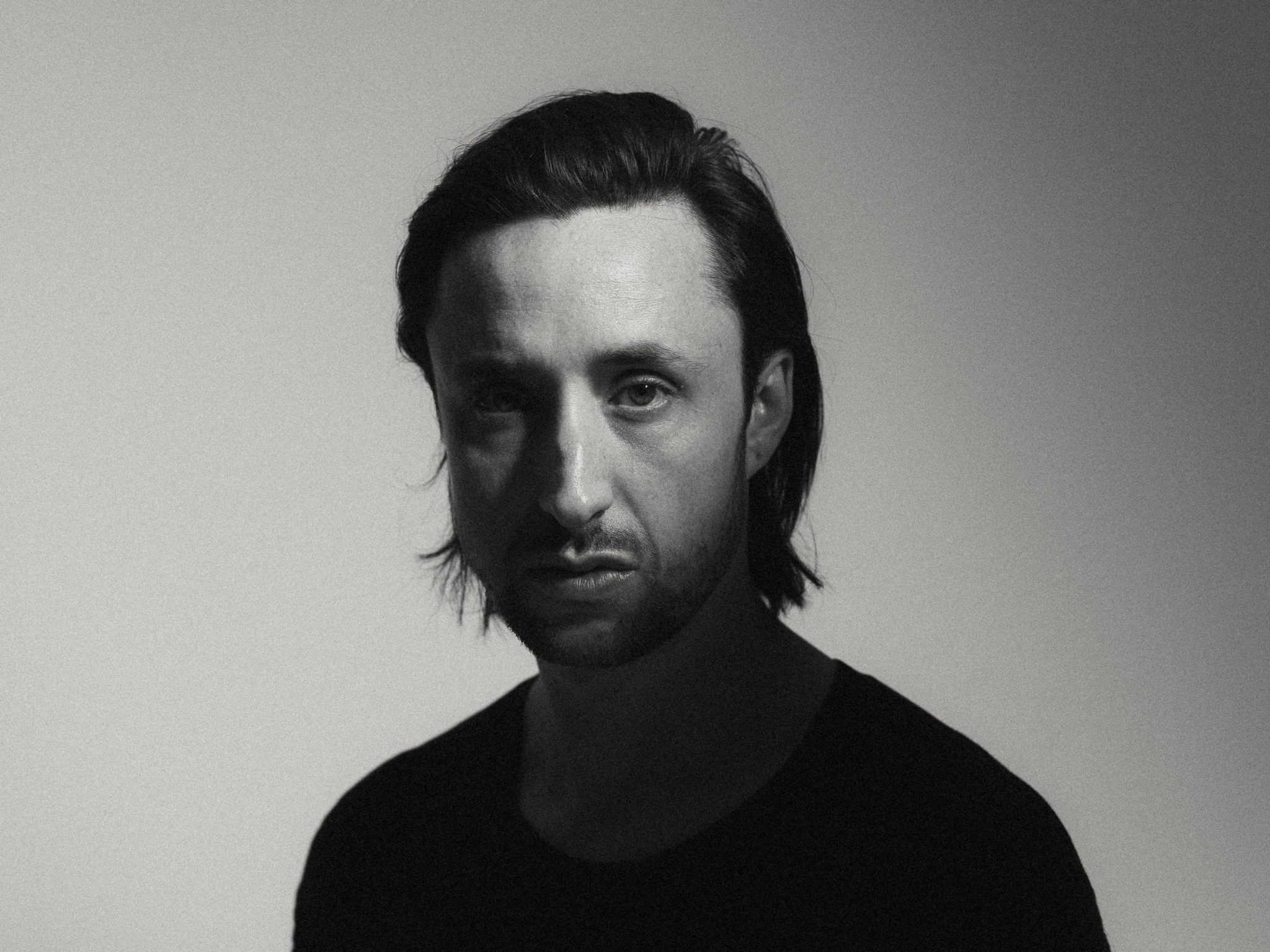 It’s morning for you now, right?

Yeah, just got coffee, going over to the final rehearsal before we’re going on this tour.

How are you feeling about going on tour?

In a former interview you mentioned that when you first started making music as How To Dress Well, you recorded some musique concrete and harsh noise tracks. These elements are incorporated in The Anteroom quite clearly. Can you remember what first drew you to more industrial styles of music?

‘We’re right on the edge of technological territorialism. So, playing with mangled technology feels really important to me.’

You reach a certain point in life, when you’re like; damn was I really that young? Was it really that long ago? When I was like 17 my friend put me on to Black Dice and Wolf Eyes. That was to me, at the time, the most insane shit I had ever head. You know, like tripping and listening to Miles of Smiles – I did that a lot one summer. My older brothers were deep into black metal and death metal, and one of them is into a lot of industrial stuff. So even when I was younger than that, that record Twitch by Ministry was one of my favourite records when I was 10 years old. 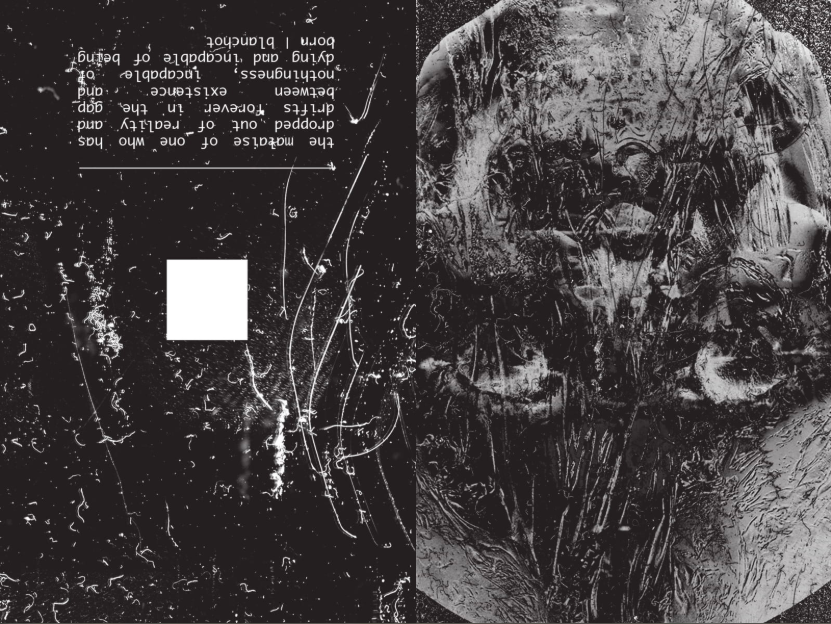 The music videos of Nonkilling 6 | Hunger and Body Fat both share these digitalitsed, alienesque and mutated shapes and objects. Even you yourself was covered in this goo! What role do these visuals play in this chapter of HTDW?

A glitch might function as a pass to freedom.

Yes, or at the very least it functions as an anteroom. Leaving the system can only cause pain. You can’t check out anymore. As we approach international digital identification and digitalisation of all currency, we’re entering a time were checking out will be criminal. It’s very close to illegal to not have a e-mail address. It’s very close to illegal to not engage in data collection. 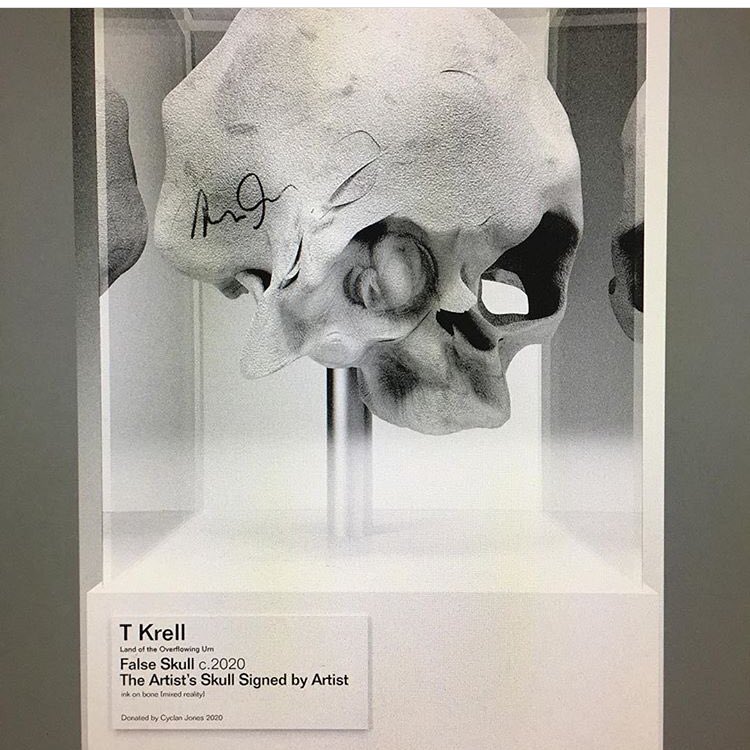 I got caught off guard in the best way possible by the incorporation of the Croatian Amor track Love Means Taking Action on the record. Could you tell me something how that came about?

I’m just a huge fan. That stuff on Posh Isolation over the last four years is some of the most inspiring music being made. I just think that they’re seriously fucking brilliant. His record is so intense and difficult, and it ends with Love Means Taking Action.

That album ends in a very harmonious way, especially for such a cacophonous and collage-feel-like record!

Pure soothing. I was so impressed by that gesture. I took that song out and started singing on it. This phrase Love Means Taking Action is extremely deep, you can think about that for a long time.

When I mentioned the track title to my friend, he asked himself right away: ‘what is love?’

‘Love should take some fucking action.’

One of the really interesting things about the present, is that it has progressively became more unclear what ‘action’ means or what ‘to act’ means. Take for instance this new study on climate change from the UN that says: ‘Hey, by 2040 we’re fucked’. In 22 years we’re going to have what’s called ‘climate genocide’. What do we do? I see all my friends saying that we need to be vegan and yada, yada, yada. I’m like dog. This idea that a consumer action or decision is going to change a global ecological situation is so insane. This is the thing people don’t realise. Donald Trump didn’t win by accident. He won because he’s the fucking perfect president. The biggest clown wins the fucking clown show. It has been occurring to me a lot lately that action can’t be spelt pasta. Action can’t be sending out a tweet. 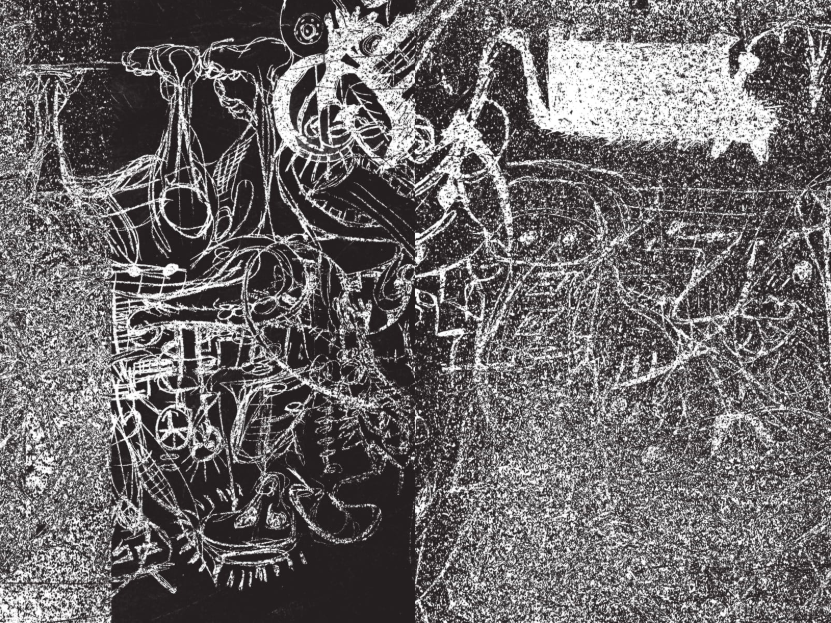 What would action than be?

Well, what is it? Love is action. What’s love going to look like? So, here’s the thing: if love is taking action and taking action is love – take the climate example – we can’t be self-satisfied by mitigating the climate change that will affect our lives in the West. We need to actually think about whether or not we love the Global South, and we need a massive institutional transformation. If the institutional core were love, action would just transpire.

I mean, it has. That’s the main problem with the contemporary situation. The trick it holds is that the monopoly on action is held by two groups. Groups who want money and groups who hate. Everybody else is supposed to embody peaceful civility. This angelic Ghandi-Christ-King peacefulness. This whole story of the arc of Justice bending slowly. Like, just through peace we will arrive at the right state of things. This is just not the case. Maybe that’s actually the meaning of the song: hate has had a monopoly on action.

So only love could overthrow that?

Or, at the very least, love should take some fucking action. 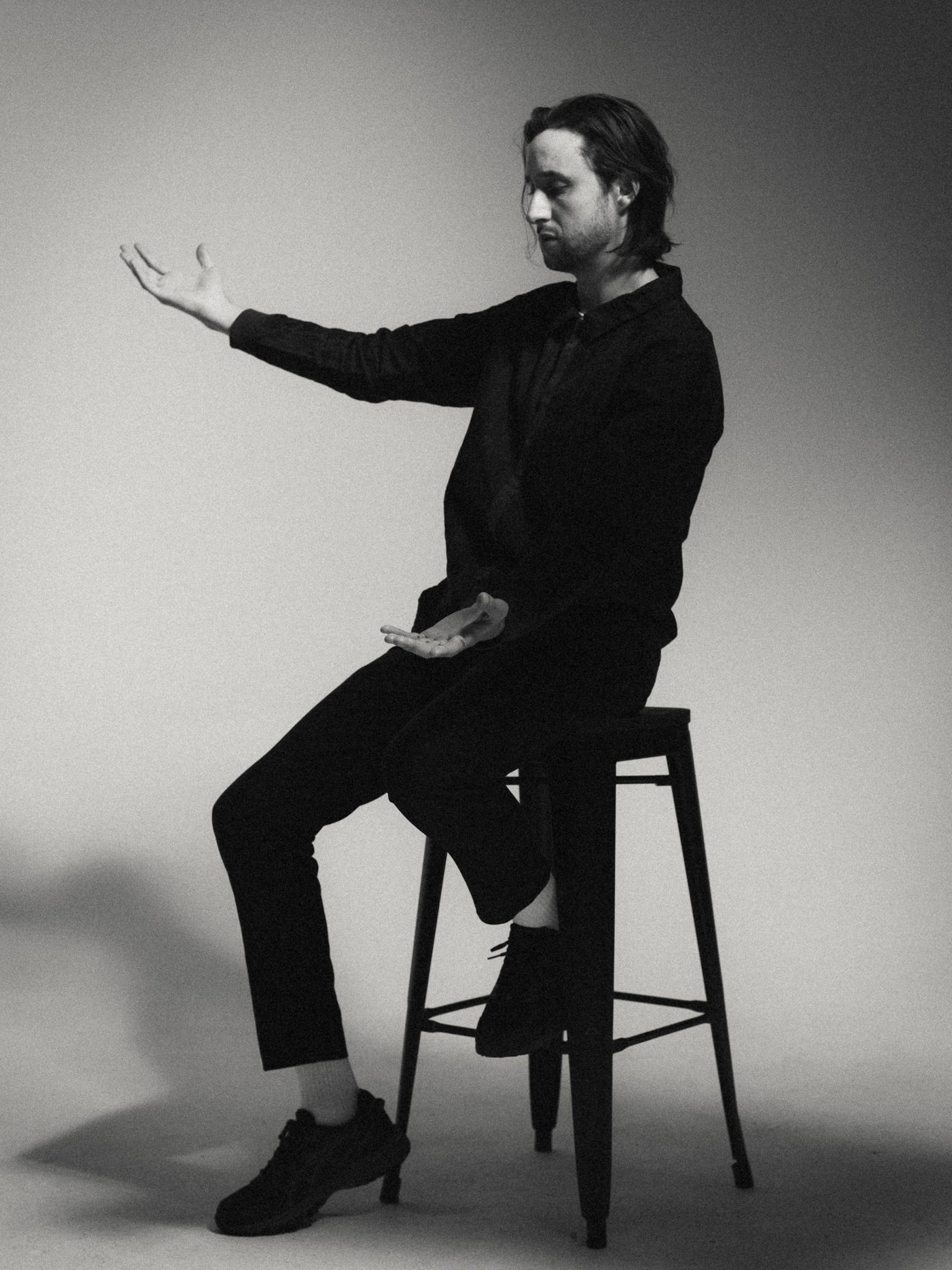 How To Dress Well kicks off our ADE weekend tomorrow, 18 October at s105 (De School). Show free for members.

For us, this year's Amsterdam Dance Event (ADE) will be one of teamwork and unity. We've joined forces with our friends 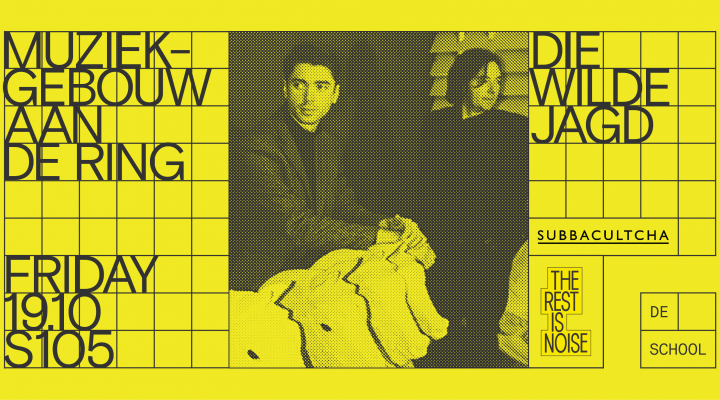 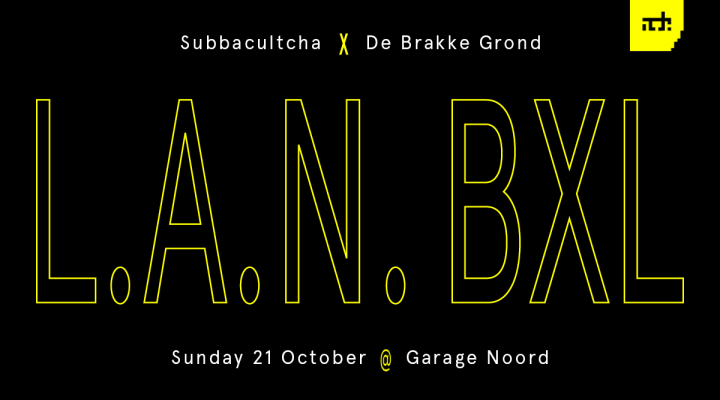 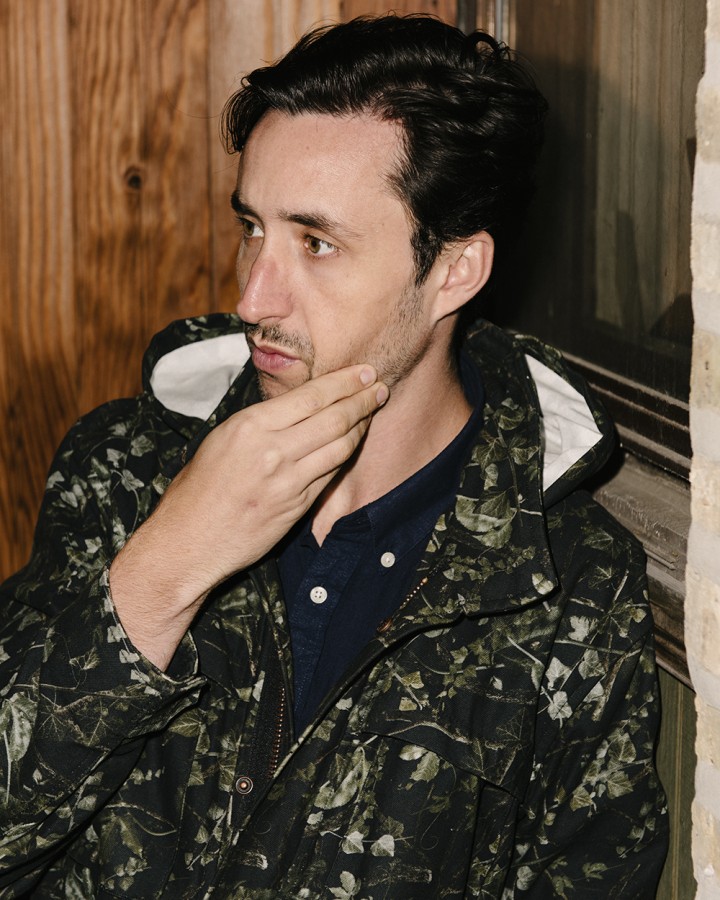 How To Dress Well

Phone Interview by Brenda Bosma Photos shot by Ryan Lowry in Chicago, USA Back in June we briefly spoke to Tom Krell,