Charlie Hilton from Blouse says that her band’s dark melancholic synth pop debut album is bound to fit you like an over-sized cashmere sweater. We’ve been wearing it ever since it came out back in November, so we figured it was about time to take it off and ask Charlie what the fabric is all about. Turns out it has everything to do with her alleged silk worm farm, her love of candy bracelets and jeans blessed by Jesus Christ himself. 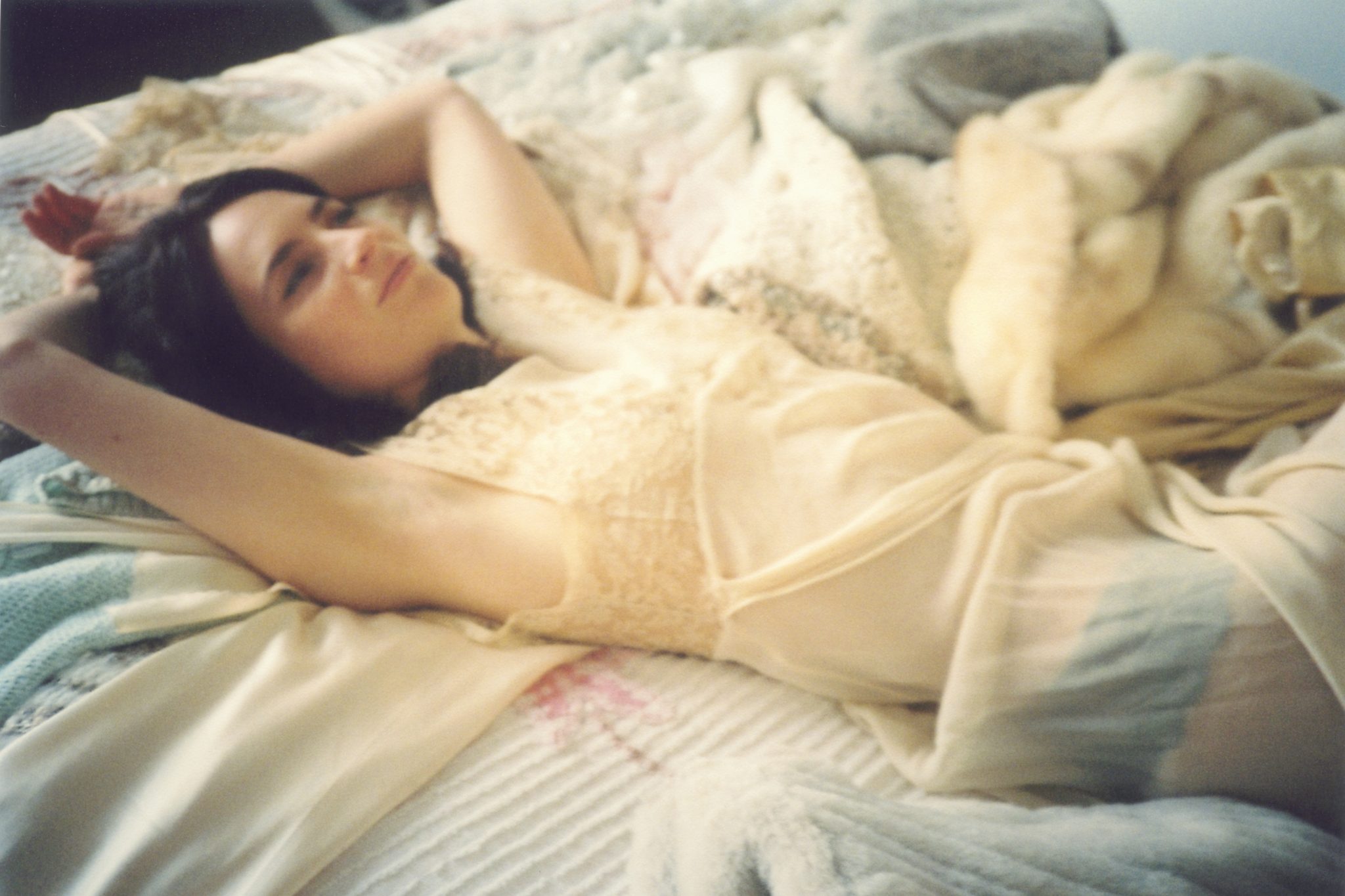 I read somewhere that you wanted to write a song for when the ball drops on New Years. What would that song sound like if you did?

It would probably sound some- thing like ‘Shadow’, one of our first singles. It’s really sparkly and big, like a glittery New Year’s dress. People love to wear sparkles on NYE, music should wear sparkles too!

Sometimes when I look at pictures of my family back then it makes me wish I knew how cool we were, especially how cool my dad was

So everyone keeps on writing that you live in this super huge warehouse in Portland. IS IT TRUE?!

Oh, it’s really funny, we don’t live there at all and we don’t own it either! Patrick works for a production company and they rented it out to do some shooting, and we just set up a studio upstairs. I guess it’s somewhat true, it’s where Blouse had its beginnings, but it’s not like we’re all living in there. It’s such a cool place though and it is surrounded by fierce nature. It used to be owned by a company called Architectural Reproductions, so they left a lot of their old plaster columns, giant faces, hands and female busts. There are old broken windows and a giant skate ramp, a crane, weird ledges and ladders. 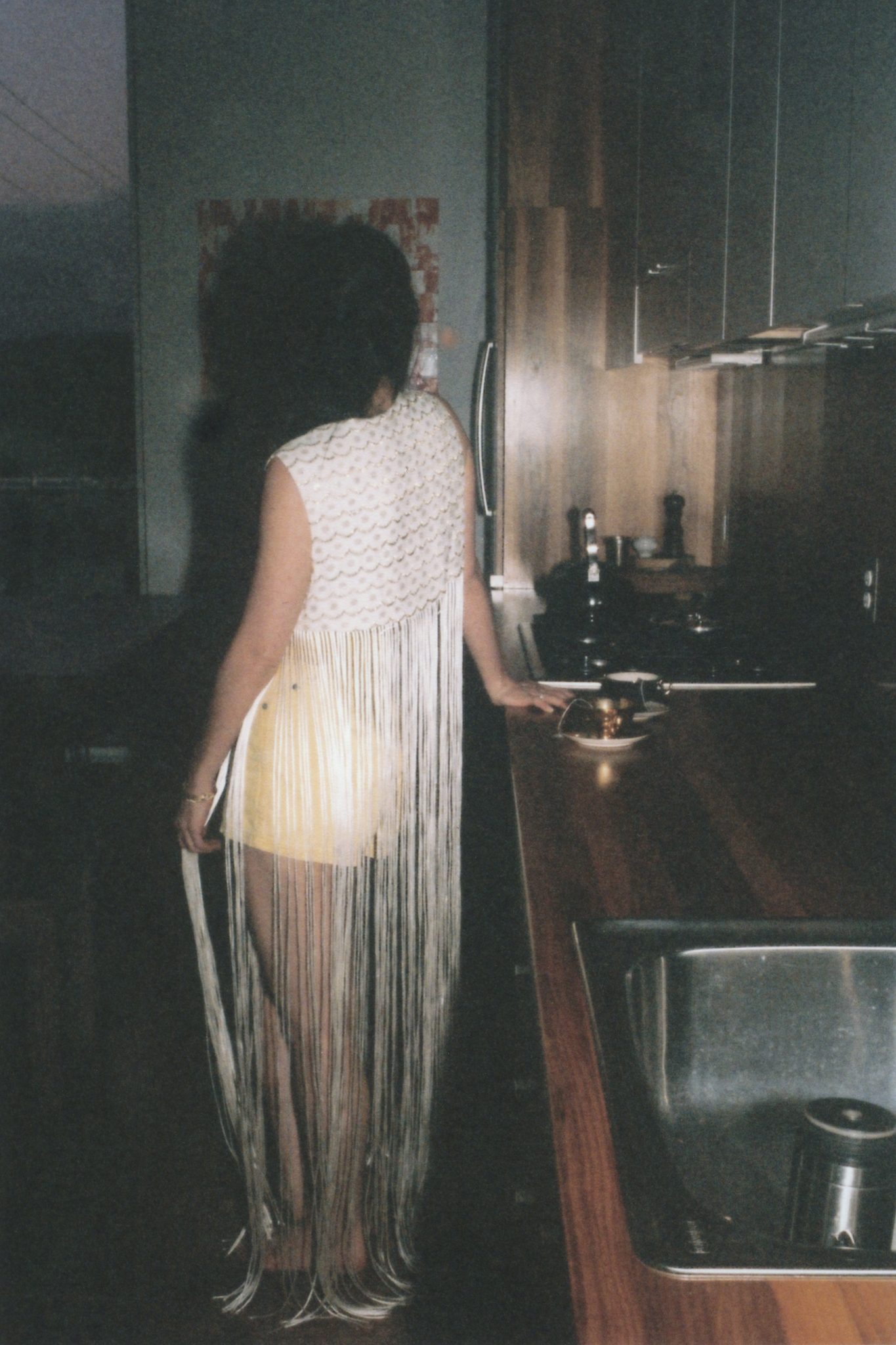 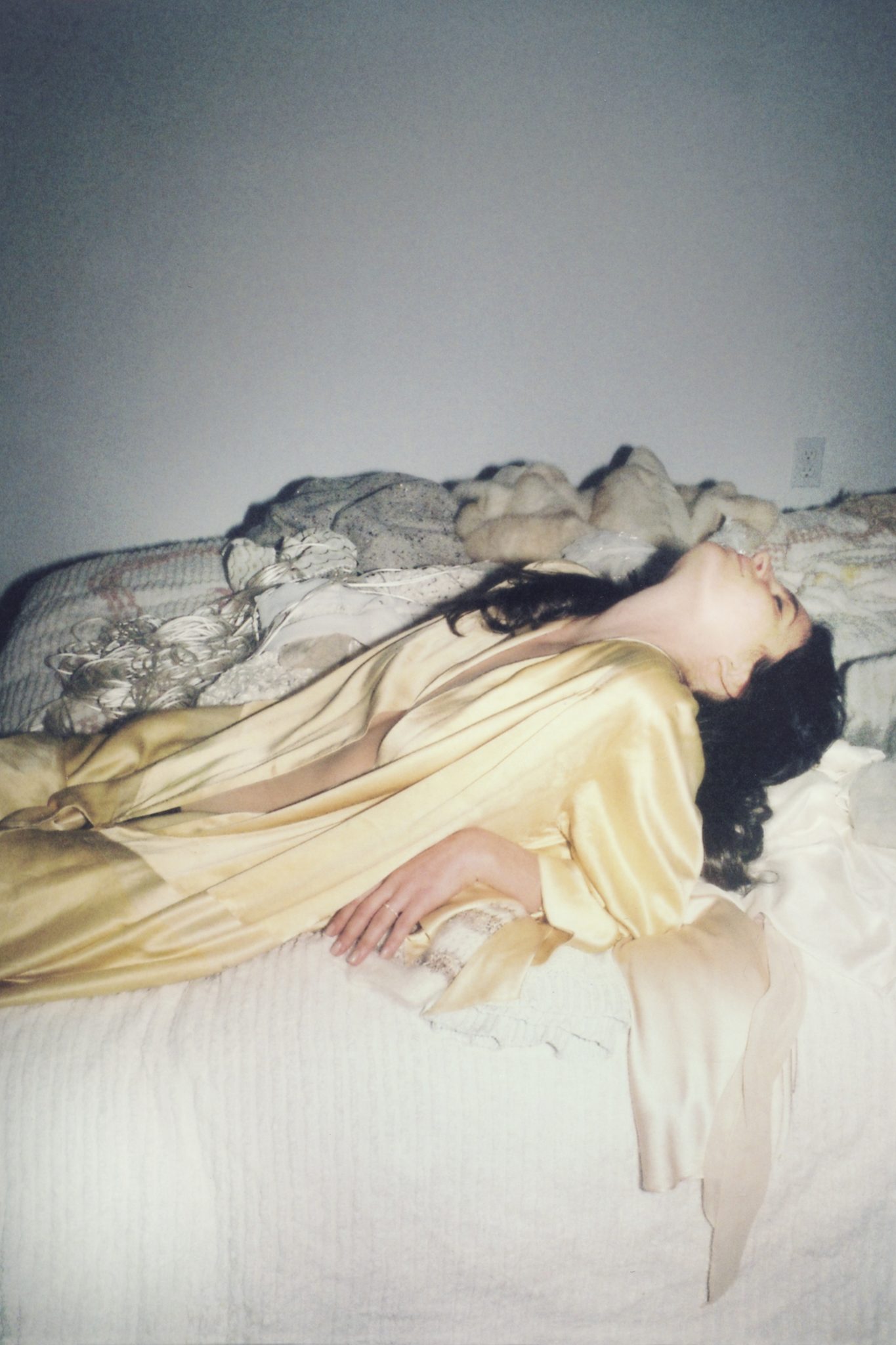 I’d take them to the Pittock Mansion in the West Hills, for a nice view of the city and a little history – I love mansion tours. Then I would take them out for dinner and drinks. Portland has a ridiculous culinary scene. People here love food. But Portland is also known for its strange pairings, like putting bacon on things like ice cream and donuts!

I guess I just think ‘sexy librarian’ when I think ‘blouse’

Do you get nostalgic for any clothes from your childhood?

Yes! My parents were hippy rockers. My dad dressed me up in the strangest things, like pink high-top Converse and weird artsy stonewashed jackets that his friends had made. Sometimes when I look at pictures of my family back then it makes me wish I knew how cool we were, especially how cool my dad was. I was always kind of embarrassed of my dad when I was a kid, he always took it to the limits with his broken-up leather jackets and long hair. I thought parents were supposed to look all businesslike, I didn’t get it back then. 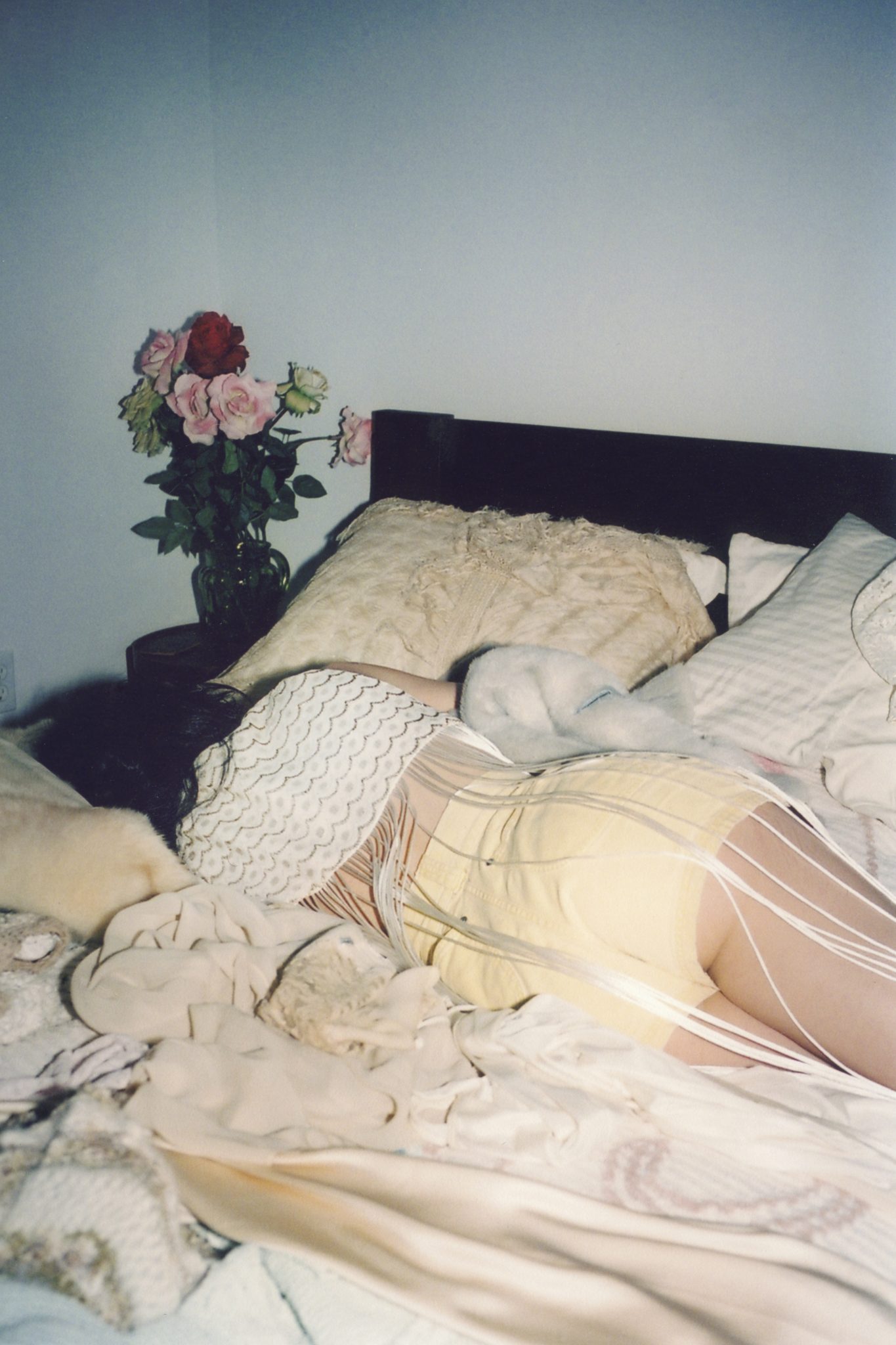 I heard something about you seeing a sign saying ‘blouses’ in a dry cleaner’s window and that that inspired your band name. What if that sign had said ‘pantyhose’ or ‘ponchos’, would you take it or leave it?

Haha, I think we would have left ‘ponchos’ and ‘panties’ on the window. There was something about the connotations of the word ‘blouse’ that seemed so perfect. It’s a classic, feminine, sheer garment. I wear blouses a lot. I guess I just think ‘sexy librarian’ when I think ‘blouse’. Not sure if the guys know about this though…

Holes in clothing are always recommended.

Have you ever considered selling blouses at your merch table?

I actually have, but I thought that might be a bit too obvious. In art school they always told us to go beyond the first connection, but maybe the fact that it’s so obvious is what’s so great about the idea. Then people would say, ‘I’m wearing a Blouse’, with a capital B. I think we should do it, but it will have to be when we’re a little fancier. We’ll tell people we keep our own silk worms in that warehouse that spin the fabric for our blouses. 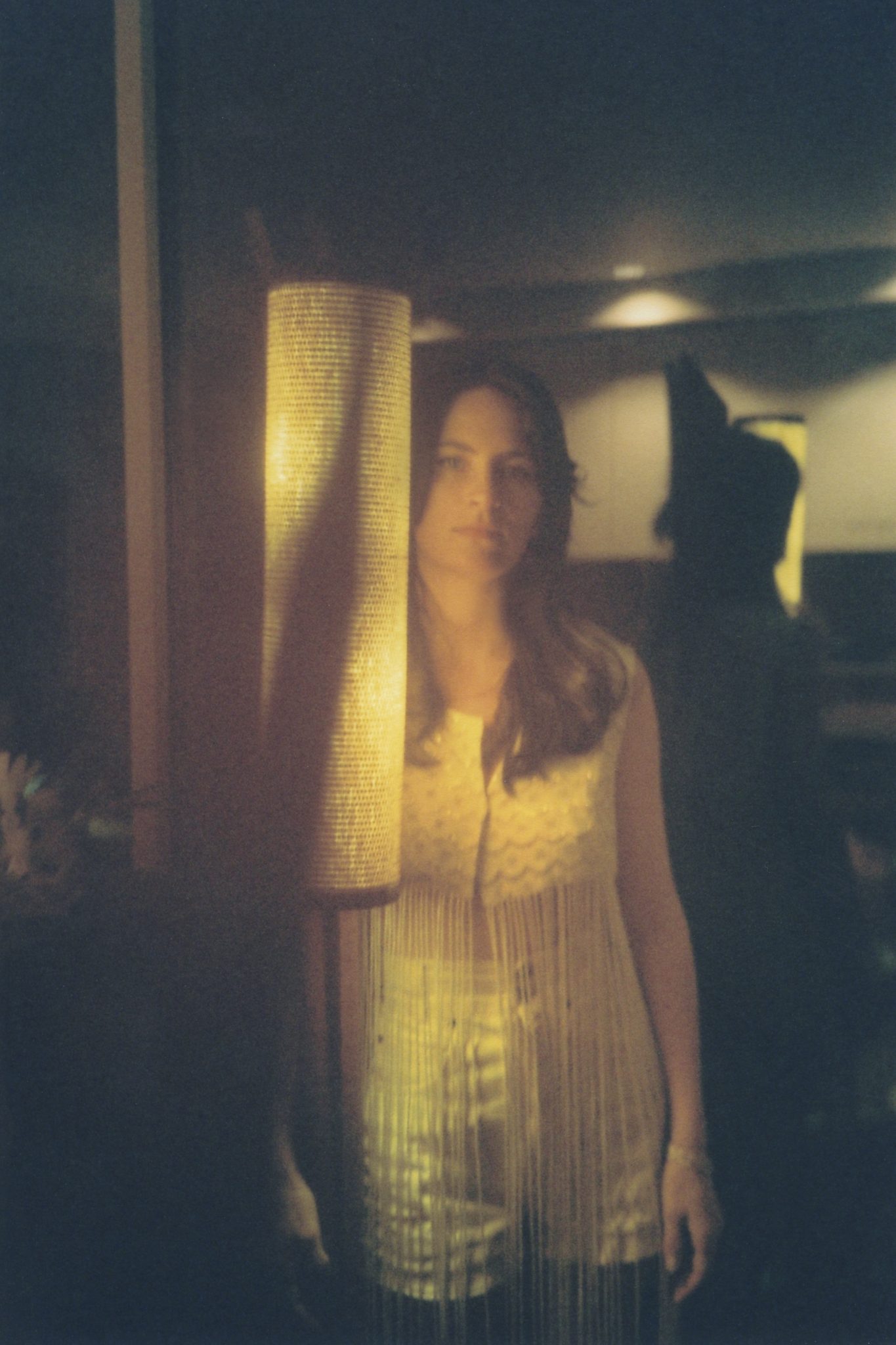 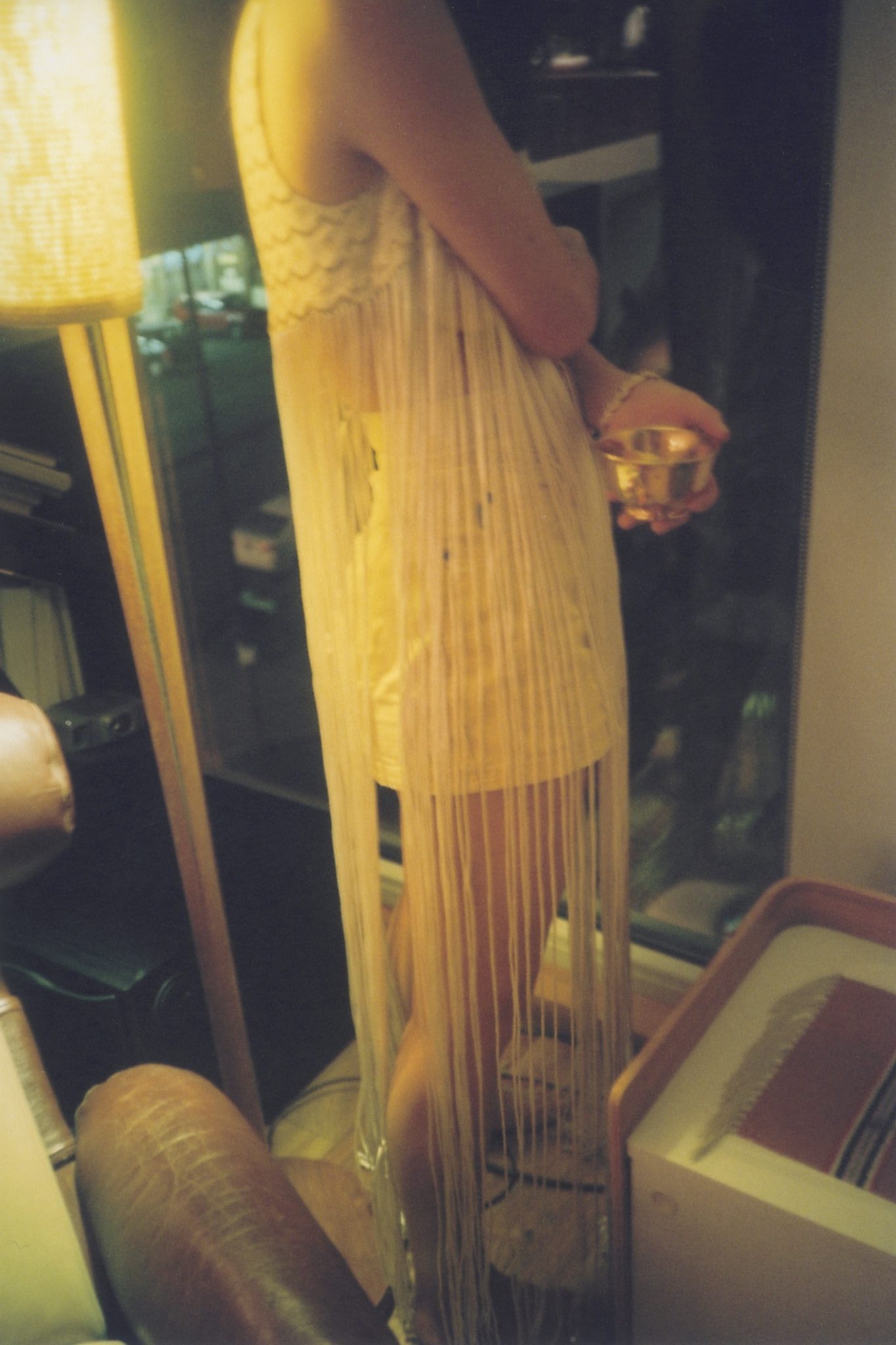 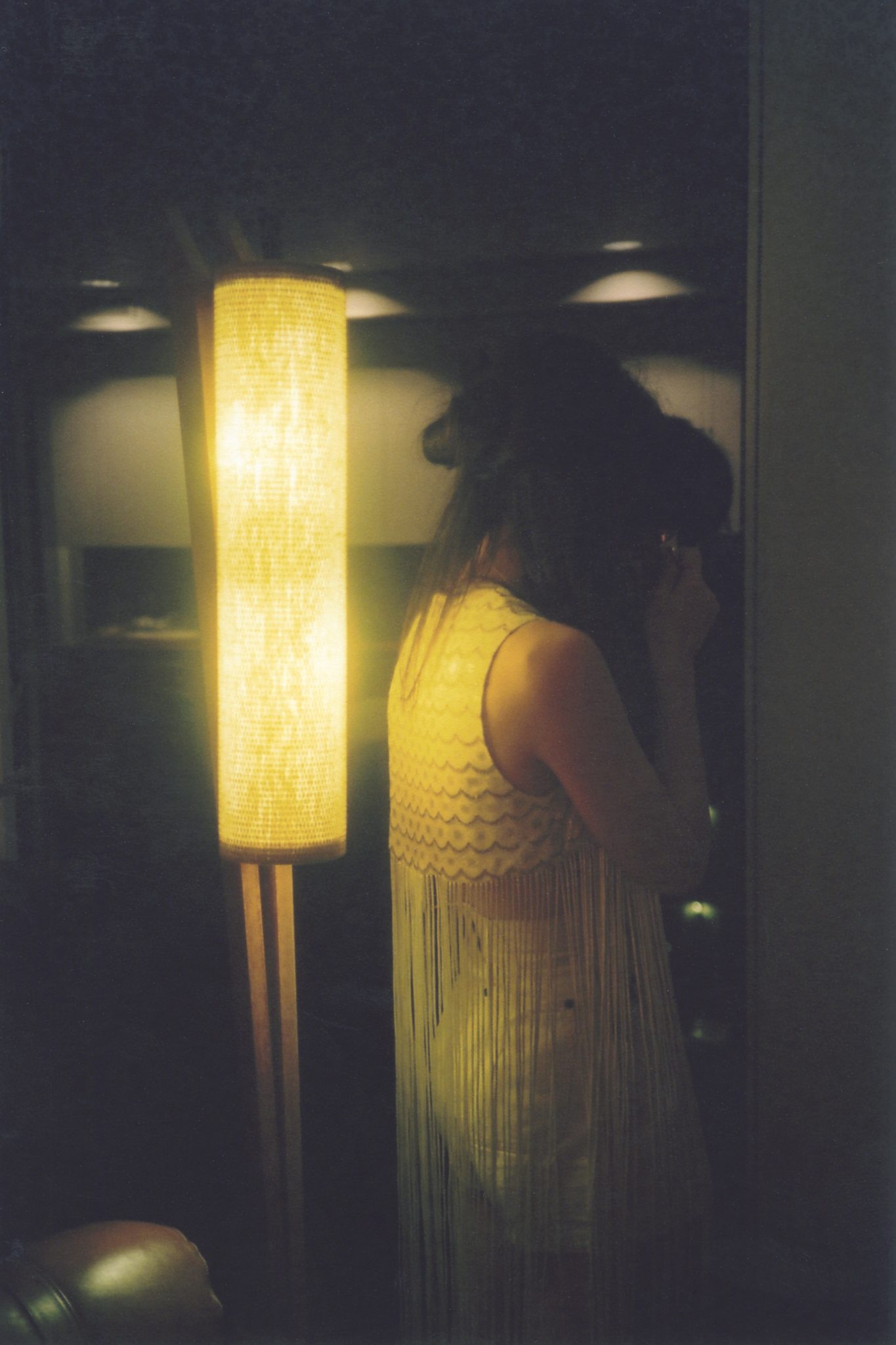 So if your album was an item of clothing what would it be?

Probably an oversized cashmere sweater with some holes in it, both luxurious and comfortable. Holes in clothing are always recommended. I once got sent to the office in middle school for having holy jeans.

Were they made by your dad? Or wait, were they holy as in blessed by God?

Hahaha, no, but he obviously didn’t get angry with me. And they were holy as in blessed, of course. Or maybe I spelled holy wrong. Holey? Wholey? Doesn’t matter, sounds the same! 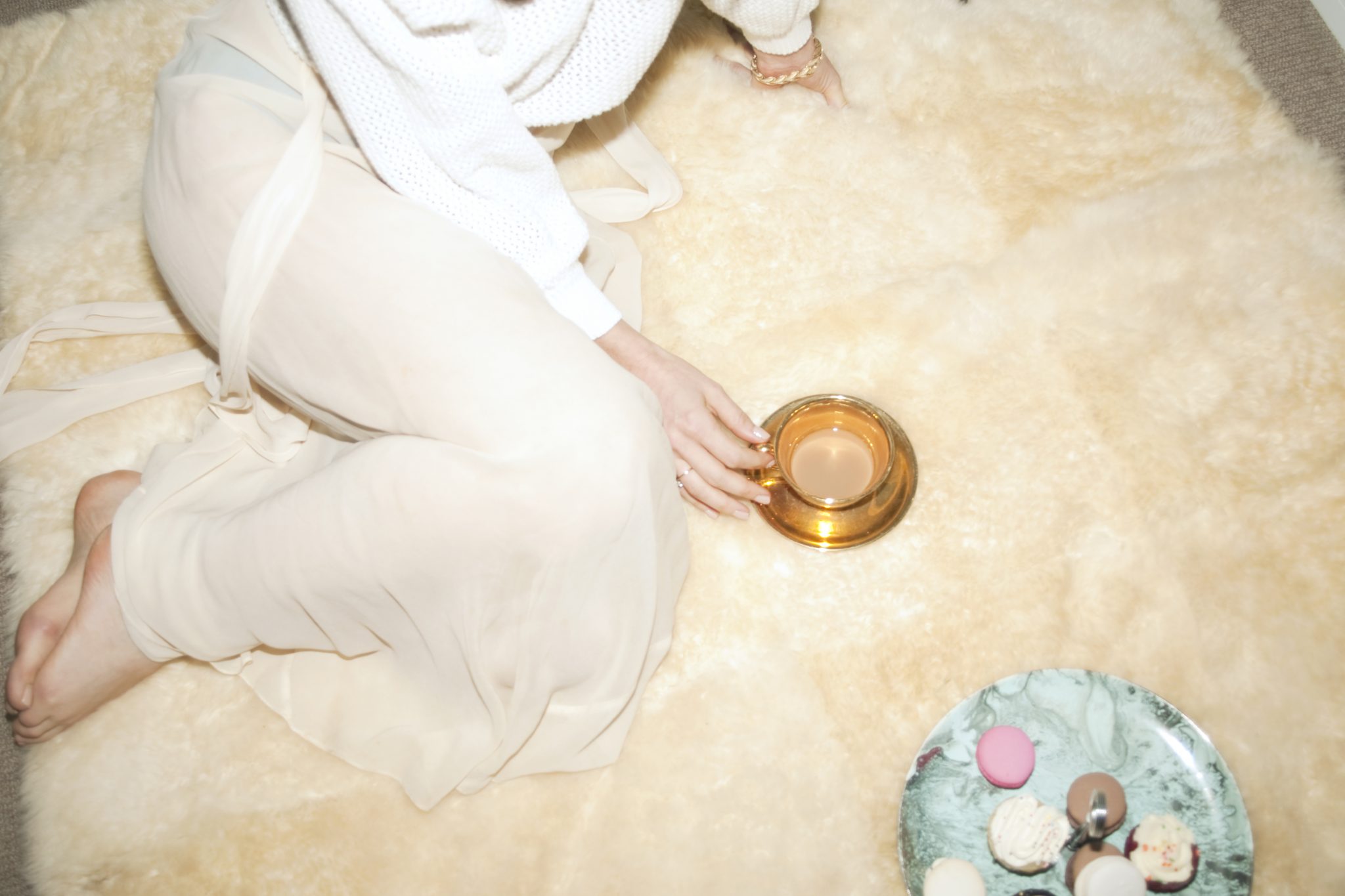 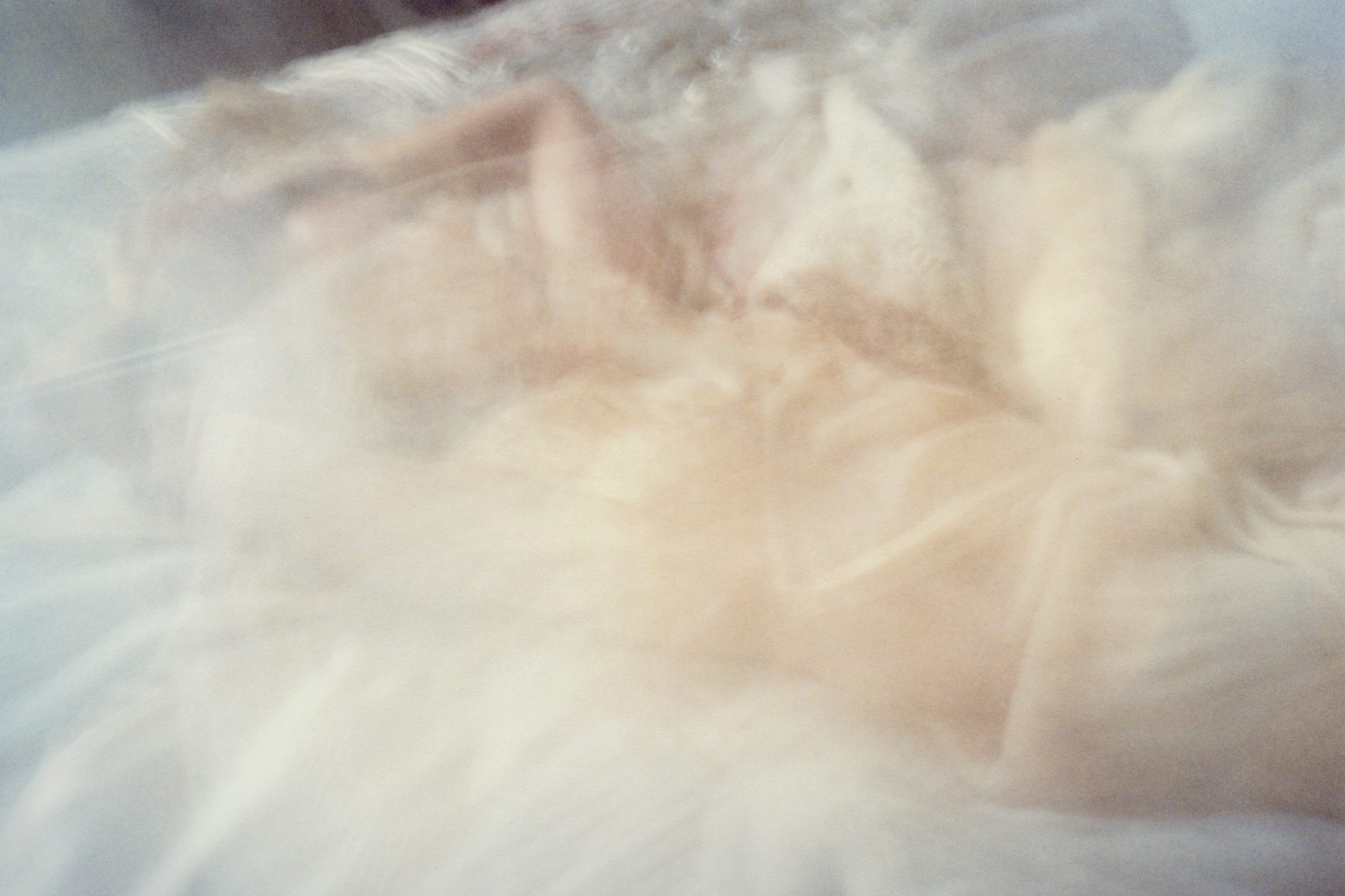 So there’s this pink blanket on your album cover. Can you tell me more about this choice of blanket? Did you also consider black satin sheets or a leopard throw? Does it need to be dry cleaned or would a simple hand-wash do?

Well, it’s a photo taken by a wonderful photographer called Leon Batchelor. We actually considered other sheets, but they seemed too serious or a little too sexy, that’s why we went with the pink blanket. There was something really perfect about Leon’s photo. It felt kind of innocent, you don’t know if it’s supposed to be sexy or sad or sweet.

I am slightly disappointed you didn’t choose Power Ranger sheets…

Ha, or the rainbow heart sheets I used to have. Look at us go with all these clothing/textile references!

Please use those sheets for your next album cover!

Ok, but with some holes! Natural ones of course, casually worn away by the wind. 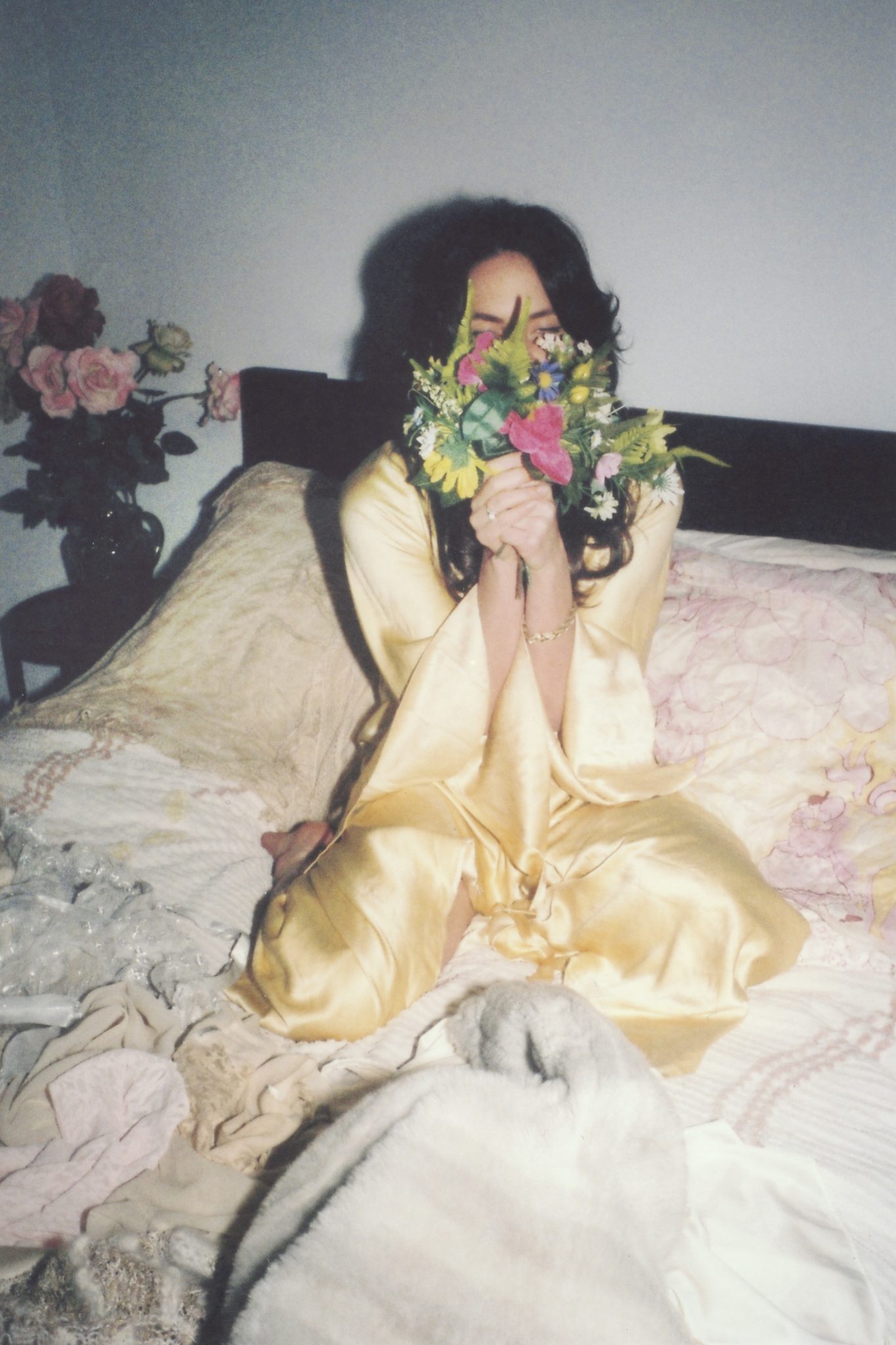