After working with Brian Eno in the 1980s and releasing a cosmic amount of new age albums, laugh-master, meditator and cosmic zitherist Laraaji Venus Nadabrahmananda (born Edward Larry Gordon) teamed up with psychedelic noisemakers Blues Control to release the amazing album FRKWYS Vol. 8 on the hip and happening label RVNG Intl., home of artists such as Julia Holter and Blondes.
Interesting developments. And given the theme of this issue, we could not pass on the occasion to consult the cosmicly connected and enlightened soul of Mr Laraaji. We talked about dissolving through sound and laughter into bliss. Get your chakras aligned and read about how you can laugh yourself into a state of happiness. 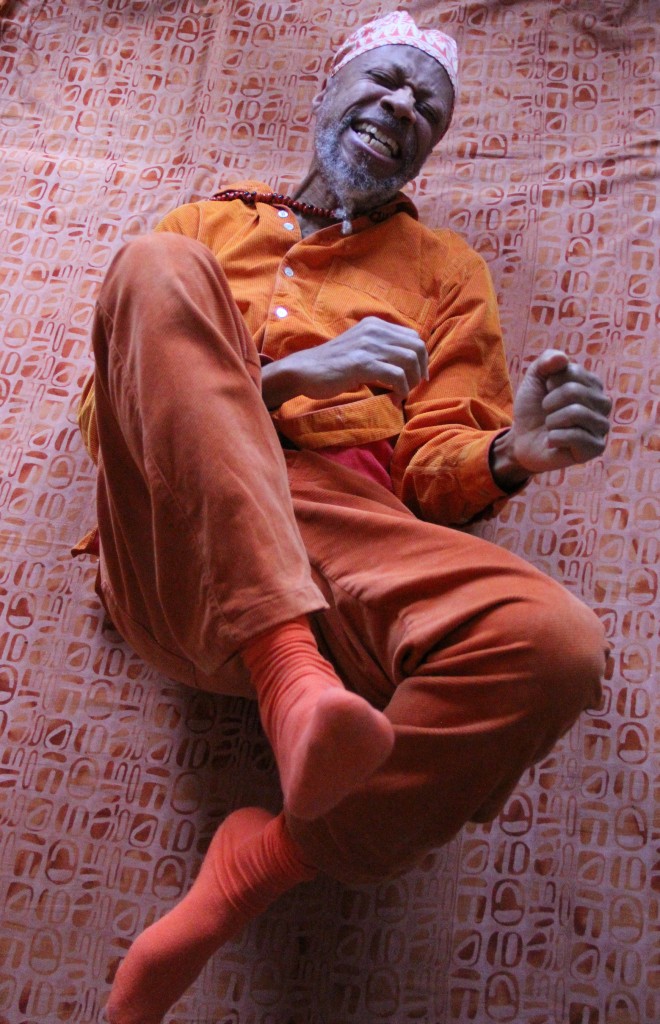 That’s a funny name. What does it all mean?

Thank you. Laraaji is a celebration of the sun. It´s holding the sun as a very divine being and using the Egyptian sound ´Rah´ and the Indian ‘Ji’, which is a generic spontaneous term people put after the name of someone they hold very dear. It came to me when I was homeless for a couple of days. I decided to experiment with being in that zone and lived on the subway. One day I was resting on this comfortable bench in Central Park and I looked up and there was the beautiful sun shining on me. It felt as if it was the closest friend I had. A friend that was honouring me, nurturing me.

Yes, or I would have had a name for the rain too. I felt love that day. That’s the Venus part explained. Nadabrahmananda roughly stands for the bliss of the ultimate sound vibration. It is the joy one feels when experiencing the eternal and infinite presence. Back in 1974, there was a moment where I had the sense of being immersed in an eternal, infinite universe. I was listening to an internal orchestra while I was meditating, and actually felt the unity of an eternal infinite universe right there.

I appreciate to be reminded, actually. I would not have understood it had I not had the experience myself. Although it’s real for me, I know it cannot be properly explained and transmitted into words.

That’s where the sounds come in. Can you explain what the sound of one hand clapping sounds like?

It’s a startling feeling. You have this belief about yourself and it’s real to you. When I hear the sound of one hand clapping it’s changing the whole ball game. Then I’m hearing oneness. The sound of nothing – no thing. All the frameworks are gone. My personal self dissolves and cannot be housed in a building. I´m eternal. 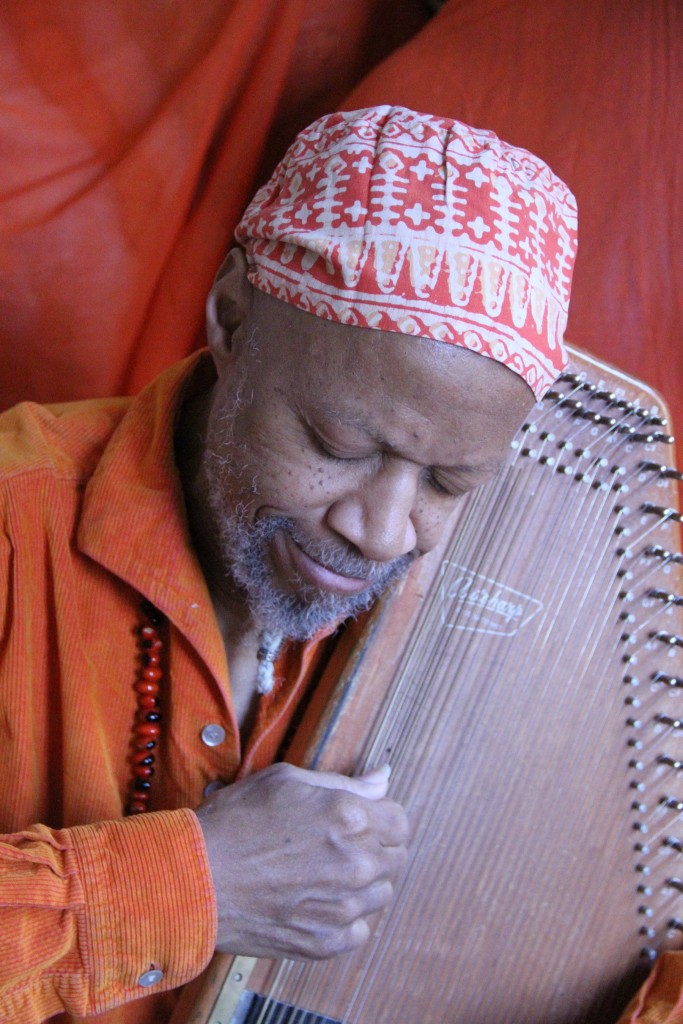 Would be nice if that sound would be a tune so we could hum it on our way to work or in line at the supermarket.

About your Laughter Meditation Workshops. Usually, when I need some laughter in my life, I turn to Leslie Nielsen. Do you tell jokes?

I used to, when I was a stand-up comedian. Nowadays, what I do is getting people in touch with their playful inner-child spirit by doing laughing exercises. To keep building up the laughter I get into playful, humorous interactions with them.

What do you mean by humorous interactions? Is it like someone yawning in a public space?

I get people to use their voice to vibrate their heart. I get them to say their name followed by the exclamation: ‘My little is sooo beautiful!’. Then I ask them to move around while repeating that phrase. The other replies: ‘You suuure are!’

How do you get yourself in the mood for a session? Everyone has their fair amount of ‘slightly less’ days.

There are times when I’m more challenged than others. Once I got a call from my girlfriend, who told me she was madly involved with a friend of ours. I didn’t feel like laughing, but within five minutes, I got into the mood. I proved my own theory that if you laugh and smile in a certain way, you can trigger happiness. Mindful laughing is very effective. It’s like medicine.

Do you have some last advice to comfort us with?

Smile! But it has to be a smile that gives you little wrinkles next to your eyes. Your mood will shift to a happier state. Also, watch your breathing, play with it and honour it as a vehicle to deeper relaxation. Laughter is the shortest distance between two people, but it’s also the shortest distance between you and yourself. Let´s try it! – ‘My little Laraaji is soooo beautiful!’ 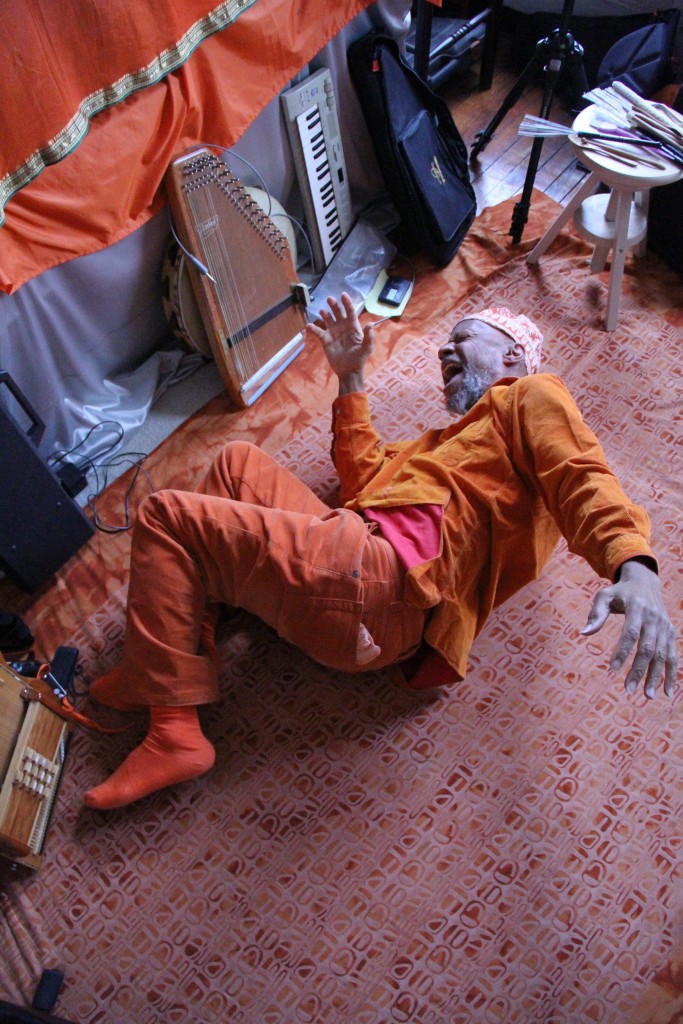 Laraaji is playing with Blues Control on 22 April at WORM in Rotterdam. The show is free for Subbacultcha! members. The concert is part of the Motel Mozaique festival, that takes place from 19 April until 22 April in various locations across Rotterdam. Other highlights include Light Asylum, Bowerbirds, Django Django, Cold Specks, AU, Emika, 2:54 and many others. 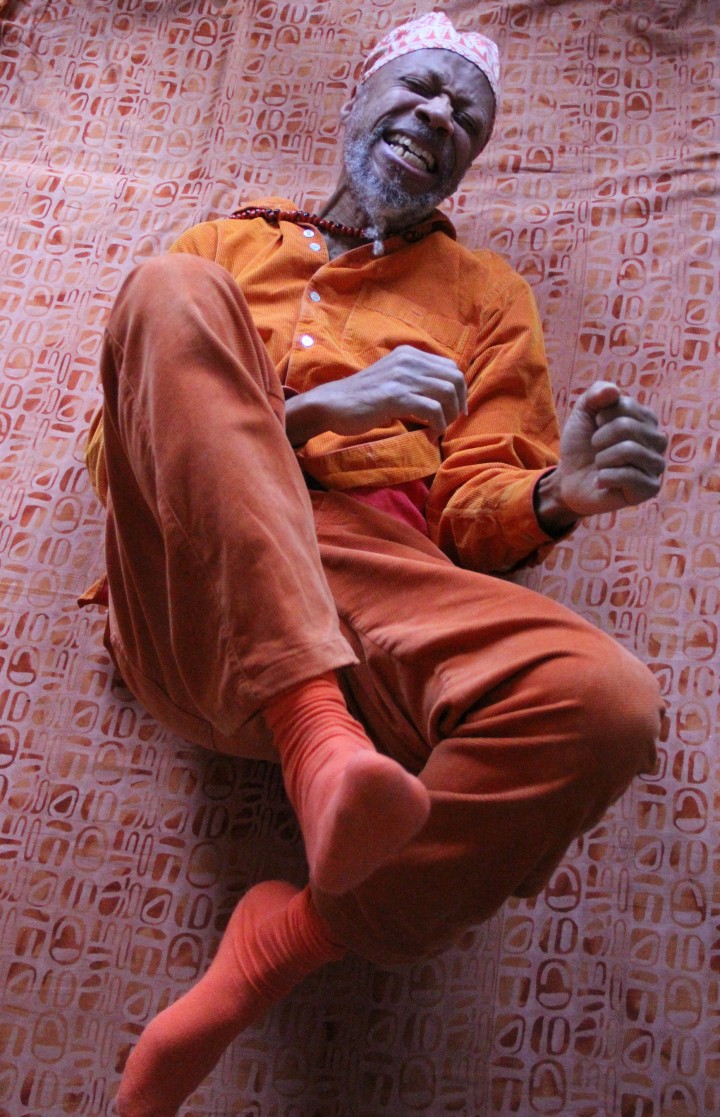 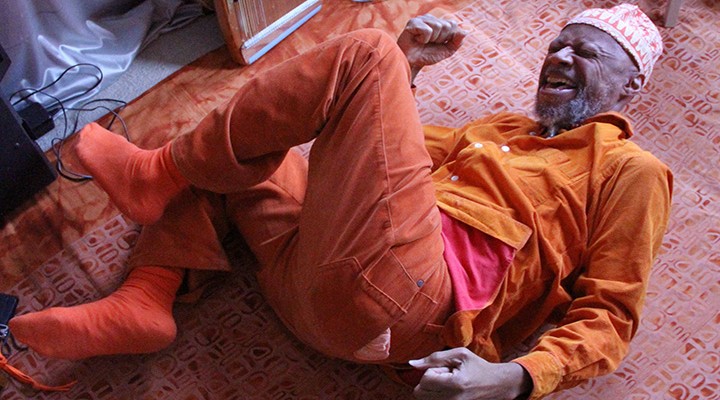 The Rest Is Noise: Laraaji 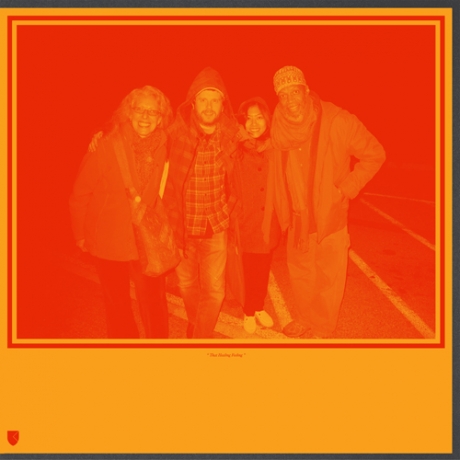